Hola chicos, this post is actually a GUEST POST written for my blog by someone I know in Peru, let’s call him ‘Angelo’. As you will read, it is about something quite heartfelt, but most importantly about discovering and dealing with the truth. Everybody has different ways to deal with certain difficult moments in life. We are nobody to judge but to understand other peoples feelings and how they deal with that. This story might not be one that you will find easy to read but it is an honest, raw and transparent view of a man that went through a very hard time. Be kind with your comments. 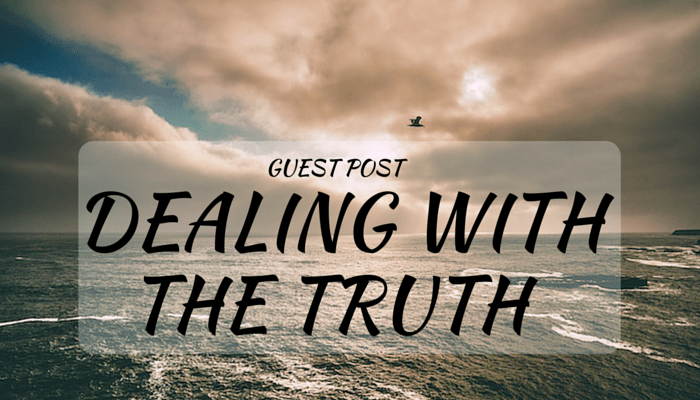 I am a writer and I have a blog which I started last year but because I lack the time to write I stopped posting articles. I was definitely thinking about restarting my project and it was only by coincidence that Franca and I got in contact, she is in the UK and I’m in Peru, the Incas’ Land.

In order to contribute to her blog we thought it might be a good idea to write about parenting, which is a subject I know about, but at the same time one difficult to manage because my own story is completely different from what you might expect. I thought, I cannot talk about love and caring for a child after what I have been through in my life, so I better be open about it and deal with it.

Things are, one way or another different, but nevertheless unique and I consider that what happened to me was unique. Here is my story.

I received a call about 10 years ago from a recent ex-girlfriend, she suggested going for a walk to talk. I said yes, ok, let’s do it. She told me something I was not expecting, she was pregnant and the baby was mine. I didn’t react improperly; I was feeling frustrated because of the fact that I never wanted things to go in that direction. I would rather first live with my partner, plan a pregnancy, and then live together happily for the rest of our life, but it never happened, the reality struck my door. And you know what?

I tried to show a brave face and told my family about it and they were supportive, I was about 32 years old. A few people I told, asked the most horrible question that I could not manage at the time, ‘Is it your kid Angelo? How do you know?’ Exactly, how could I know, is it not enough to trust the lady who is in front of you? I said ok, the date of the conception matched, though I used protection for sex, I remember that I missed one time, well; I thought we were extremely fertile, so it happened.

I supported the mother in all the ways I could during the pregnancy and I did things for her just for pure love for the child she was carrying even though he was not born yet. I was raised catholic and as I learned we never doubt that sort of thing.

My life changed from one second to the other, there was a before and after. Since we did not live together, I asked to have him for the weekends, which I did consecutively for six years. I picked him up on Fridays and returned him to his mother on Sundays. I just managed to be a father with almost no help, except for the few hours that I went to my parents’ house and they could take care of him, while I rested.

In the meantime, there were many things that occurred, which I prefer not to recall because one cannot live having such memories, I prefer to keep things that are good for me and be positive. Anyway, things were sometimes rough between the mother and I. There was never good communication and worse, she tried to flirt with me even though we knew we were not made for each other which make the atmosphere gloomy because, of course I longed for a family, indeed I tried to live with her just to give my child a united family, wrong, it did not work. I told myself, “Well Angelo at least you tried”. Around the child’s sixth birthday she started telling me about her rights and my responsibilities. I tried to evade her reasoning which I considered unjustifiable; I could not be a better father. Things became unmanageable since she started sending me conciliation papers. I had to hire a lawyer. During that time I felt the child had the worst of it, I knew this was affecting him.

At this time the most horrible question came to my mind. It is not that I had not thought about it, but that I’d kept it to myself. I felt extremely guilty just for even thinking about it. All those years were like I had a dark cloud wherever I went, it was noticeable to others around me, I was not happy with myself. I had a hard time and nothing seemed to hush my soul. I have never seen a behavior around me like the mother professed towards me. I am the father, why such a heavy drama, why is she pushing me and hurting me all of a sudden about money and time restrictions?

Relentlessly, the horrible question was doing a lot of damage inside me and I could not live anymore with the doubt. I have to manage my guilt and make the toughest and most delicate decision that I have had to make. I talked to my family who suggested that I should go on, put myself together and face my demons. It took me a few months to make a decision and it was frightful.

Was he my own blood? Was he mine or I was deceived by the mother? All I wanted to know was the truth. There was a feeling that I tried to deny. I have never seen a mother behaving like that to a father, even in the worst case scenario a mother will not try to hurt the father of her child.  So my doubt was creating a lot of damage inside me. Finally, I took my child for a DNA test. After a week they called. The lady on the phone did not tell me the results, just that they were ready for me to collect. I was scared. After work I went to the laboratory, where the lady told me to have a seat. She handed me an envelope with the results of the DNA test. I read it. I didn’t cry there, I just stayed calm and left without showing any emotions. Inside the car and on my way home, I started to cry. My world fell in on me. My world was crushed, my life was over: the child was not mine.

I asked God, “Why me …? What have I done to anybody to be treated that way…”. Later I got a response, this is life and many things happen for a reason. I stopped seeing the child for legal reasons, I was not the father, I had no right and I knew the consequences but I could not live my life without the truth. It has been almost five years since then. I don’t regret anything, I gave all I could and I wish someday I can see him again.

This story does not have a happy ending, neither have I intended to do so, nor would it be fair to the child. I have to say that I suffered with major depression during that time, so much so that I had to quit my job which paid very well. I was in bed for several months. It took me more than six months to get a new job and to recover at least physically from that collapse. Life gives us opportunities and it is up to us to take them. Life gave me a second chance and today I have a beautiful boy of two years of age. I won’t say it is easy now, no, life is not easy, and it is about living the life we can, or at least dying trying to do so.

Dealing with the truth can be difficult, especially in such circumstances. Let me know what you think in the comments.