Spin Master’s launch of the Air Hogs DR1 FPV Racing drone has brought FPV (First-Person View) technology to the mass market with an affordable device that allows you to control the drone with a front row cockpit seat. It seems that drones have gone from being an expensive hobbyist gadget to a must-have Christmas toy in just a few years. Whilst drones marketed at kids are smaller with fewer features, the gap between the higher end models and the budget versions seems to be narrowing. Many now come equipped with cameras and have a companion smartphone or tablet app to control them. Many of the flight manoeuvres and controls can also be found in the budget models too. 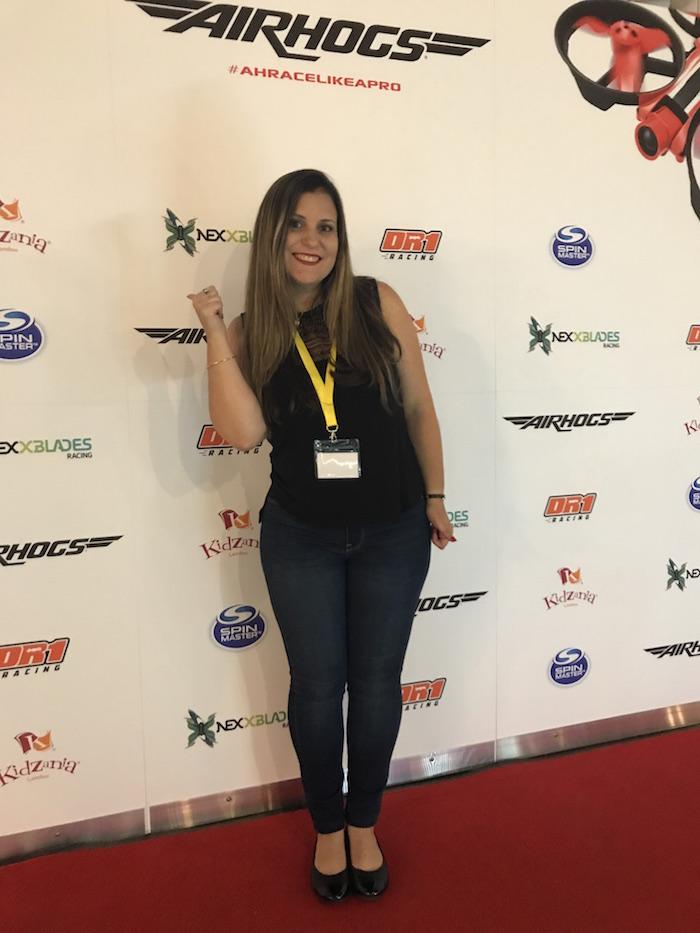 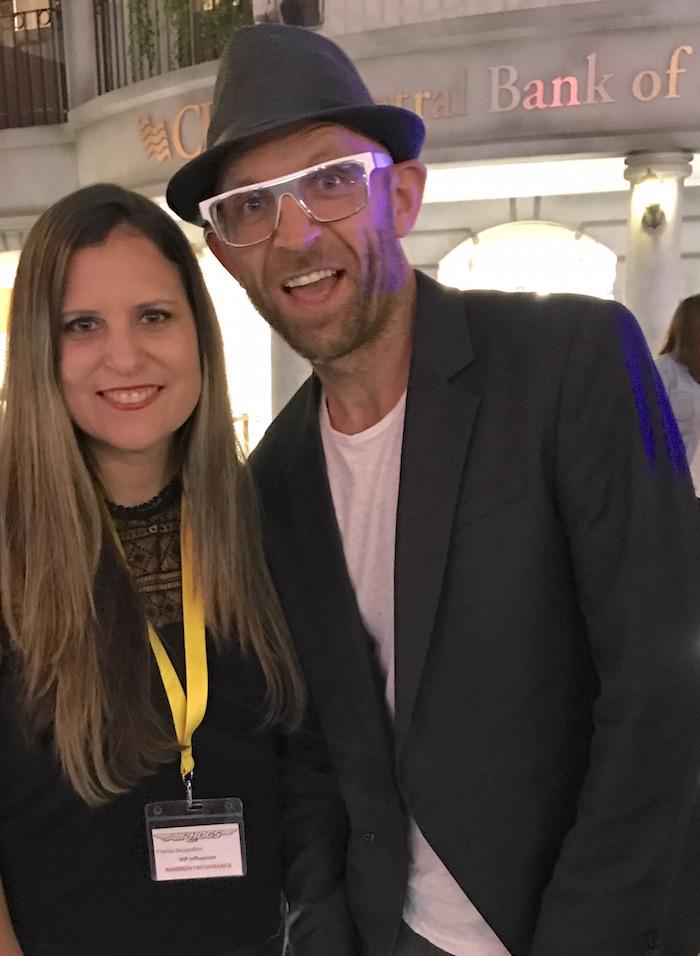 After attending a launch event for the drone in KidZania, London, we were sent an Air Hogs DR1 FPV Racing Drone to review. 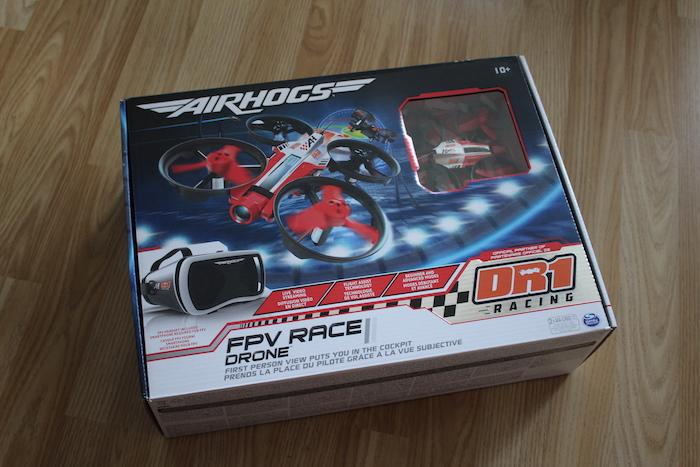 Even though the drone is small, the box is quite big because you also get the FPV headset, to give you a much more immersive experience. 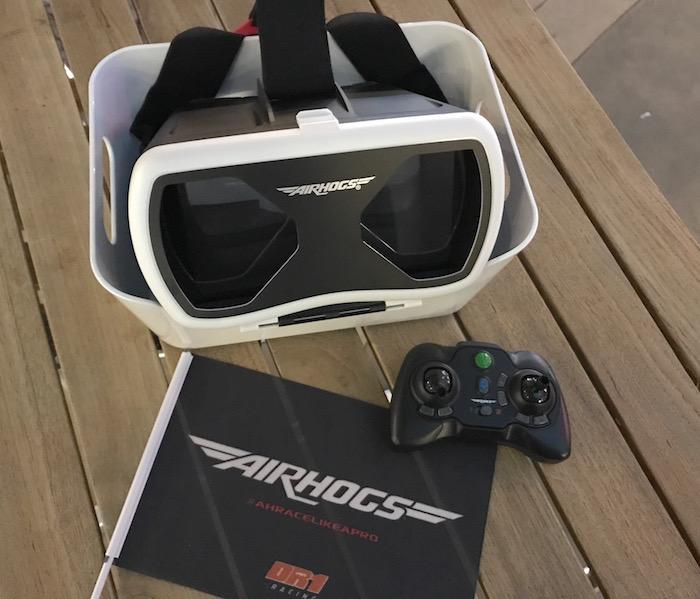 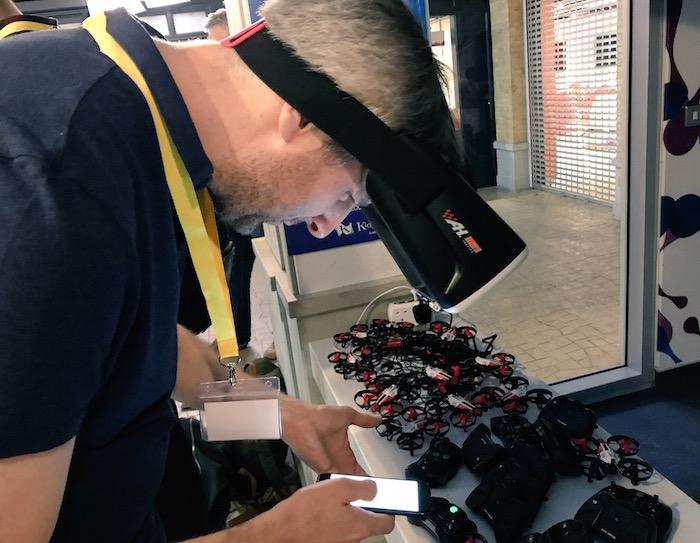 Nick getting his hands on one of the drones on display

Suitable for those aged 10 and over, this drone is great for older children as well as ‘big’ kids like my husband Nick, who perhaps want to practise on a smaller drone before investing in a large much more expensive high-end drone. It even has two settings, an easy control mode and an advanced control mode. The easy mode makes it great for those who have never flown a drone to quickly get up and running. 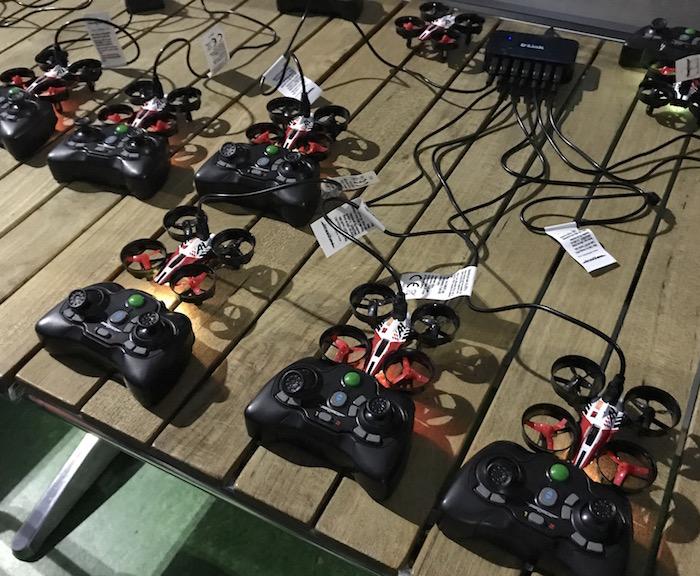 Drones on display at the event

Unlike larger versions, these smaller drones are also perfect for indoor use, so great for any weather. You can put together your own little race course to fly around the house to perhaps compete with other family members or friends. With FPV technology you can still control the drone when it is out of sight as the view from the cockpit is beamed directly to the app on your phone. You can also place your phone inside the included FPV headset to give you a fully immersive experience. 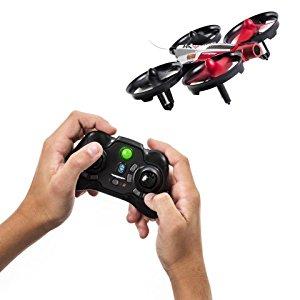 The drone is controlled by an included remote control which requires 2 AAA batteries (not included). It isn’t heavy and feels comfortable in your hands, making it easy to use. As well as the normal flight operations the controller is used for taking photos and recording video from the onboard camera. 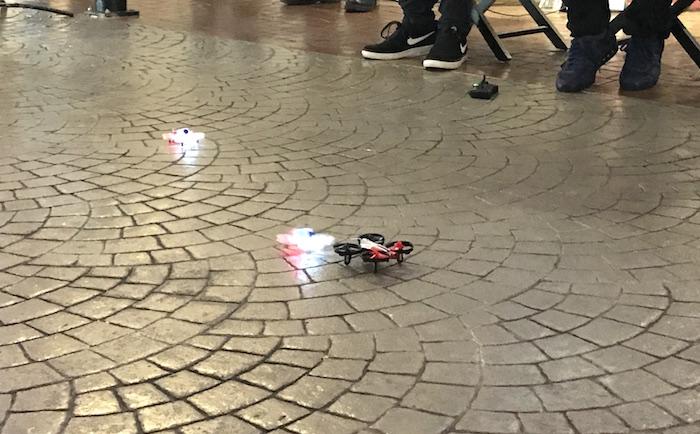 At the launch event, we watched the DR1 being used in a real exhibition drone race. We also got the chance to test it out, flying the drone around the building in KidZania. You can see a video from the event, including footage we filmed in the drone.

The drone gives about 10 minutes of flight time before it needs to be recharged. This is typical for smaller drones like this but the good thing is that you can recharge it fully within about 30 minutes with the USB charging lead included in the box. Note that you will need to either charge it via a computer or laptop USB port or via a USB mains adaptor (not included).  A green light flashes on the drone when the battery starts to get low indicating that it needs charging. 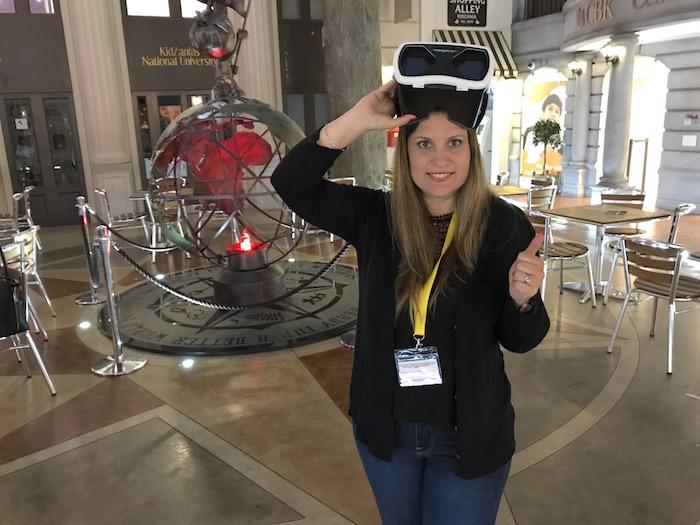 We have really enjoyed playing with this drone. The FPV functionality is great and really adds a great new dimension to controlling and using the drone. The drone is easy to control, and although our girls are too young to fly the drone they have enjoyed watching me and Daddy playing with it. It would be great if you could fly the drone longer before it needed recharging but understand that this is typical for small drones.

The Air Hogs DR1 FPV Racing Drone has an RRP of £99.00 and it is perfect for kids 10 years old and over. You can buy this drone at all good toy retailers such as Argos and Amazon.

What do you think about the Air Hogs DR1 FPV Racing Drone? Do you or your kids have a drone at home? If not, have you considered buying one?

*Disclosure: We were sent the drone for the purpose of this review. However, all thoughts and opinions are my own.  I have also given another box which I will use to run the Giveaway. Contains affiliate links.