Hola chicos, what is it with me lately and wanting to attend events that involve cooking or baking? Am I being crazy? Everybody who knows me or you guys that follow my blog know that I’m useless in the kitchen. I don’t cook at home – Nick is the chef in our house. Not long ago I was invited to attend an event to learn how to cook a Portuguese meal. It wasn’t easy but I enjoyed it a lot. This time I was invited to attend a baking challenge! Even more difficult as everybody knows that baking needs more accuracy than cooking savoury things.  This event was the biggest challenge ever for me as a blogger because I had to bake without measurements! Yes guys, you read that correctly! How tricky is that? Let me tell you that it was incredibly difficult! 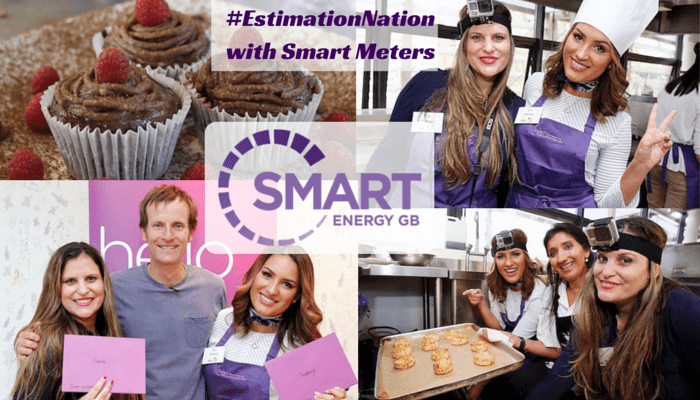 This event was organised by Smart Energy Gb and it was held at the Open Kitchen in Hoxton.  Me and a group of bloggers were invited to attend and take part in the #EstimationNation Bake Off challenge. This was like being at Bake Off. 😉 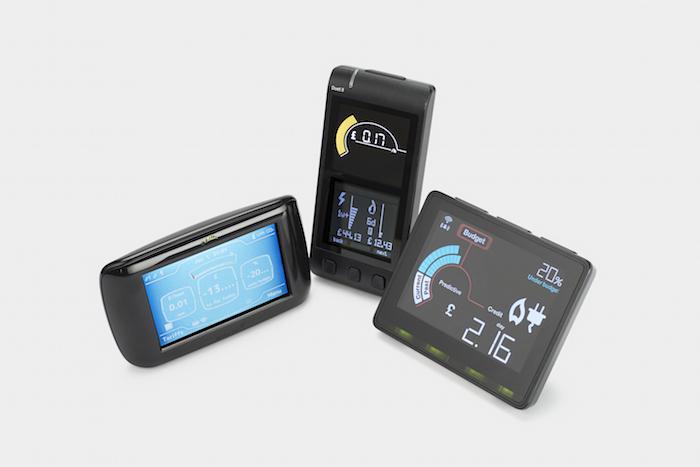 Fist of all, I’m sure you might be asking yourself what this event was all about in the first place. Well, Smart Energy GB is the national campaign for Great Britain’s Smart Meter rollout. It’s their task to help everyone in Great Britain to understand smart meters, the national rollout and how to use their new meters to get their gas and electricity under control. The national campaign has already begun and will reach all households and micro businesses in England, Scotland and Wales. 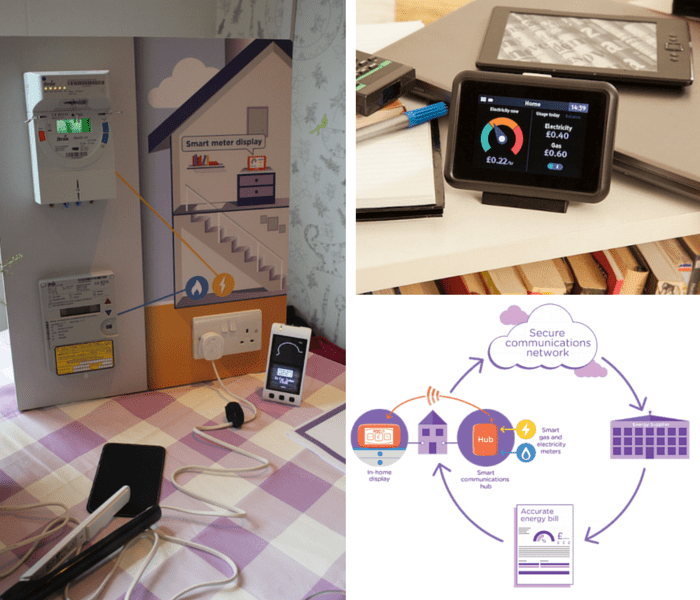 Smart meters mean an end to estimated bills and allow you to see in near real time how much you are spending on gas and electricity in your own home. This event is to support Smart Energy GB’s recent #EstimationNation campaign. How amazing is that? We should all support this campaign as it is just fantastic! They are keen to show people how we don’t accept estimation in other parts of our lives but do so for one of the largest household bills, which is wrong. They really want to change this habit. 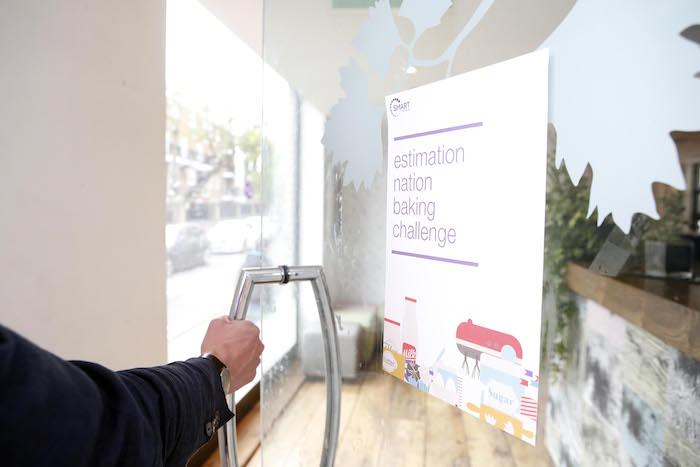 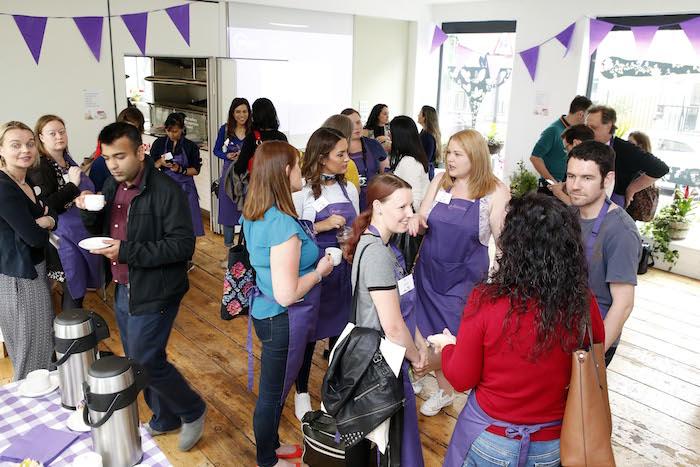 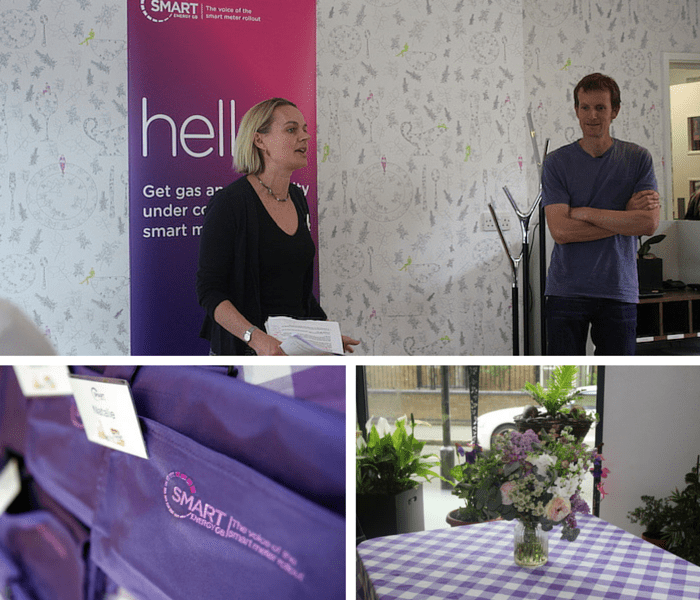 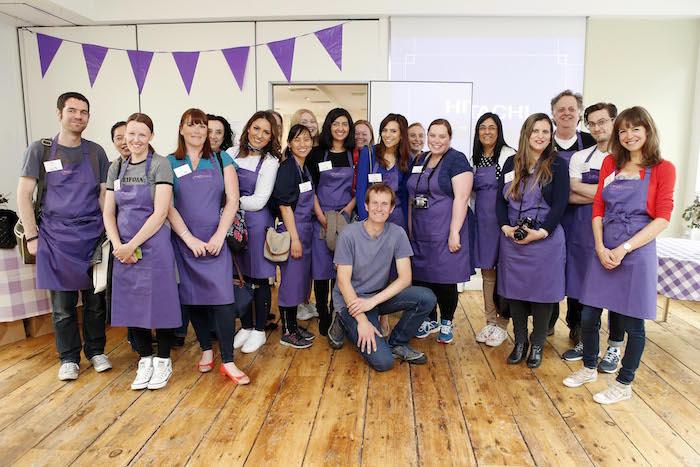 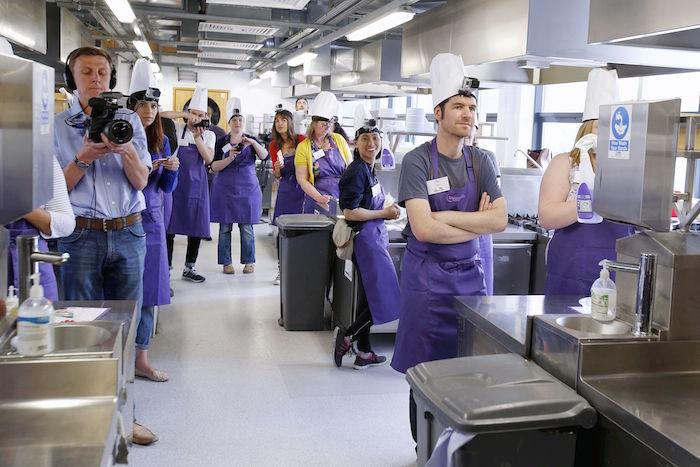 We were all invited to go upstairs were they had a great cooking area. We were given instructions of what to do. As this was a Baking Challenge with a twist, we were given all the ingredients for a recipe to follow but the measurements of each ingredient were not included and there was no measuring equipment, oven temperatures or baking times either! We had to prepare everything based on our best estimates. This for me was extremely difficult to do.

We were then paired up into teams so we were able to work together. Ian was on hand to help us with a few hints and tips! We had to do 2 challenges: 1) A NICE BIT OF CAKE and 2) SWEET & SAVOURY

Challenge One – A NICE BIT OF CAKE 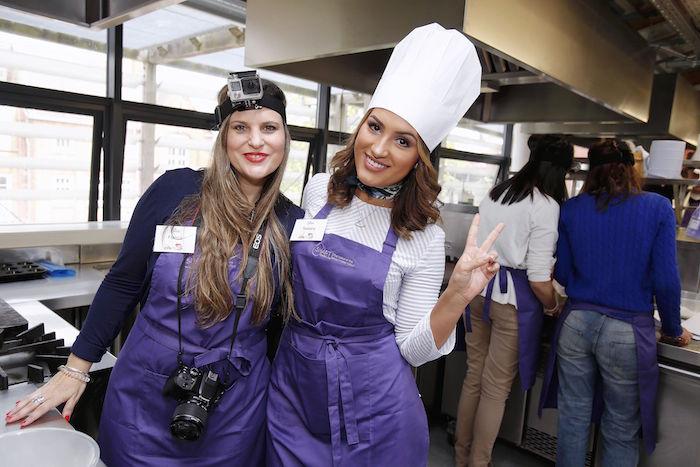 I was paired with Taislainy, a lovely girl originally from Brasil. She also didn’t know anything about baking either so when we realised that we were paired together we thought that this was going to be a disaster. They told us that they were going to award a prize for the worst team and straight away we thought we would be winning that prize, LOL! 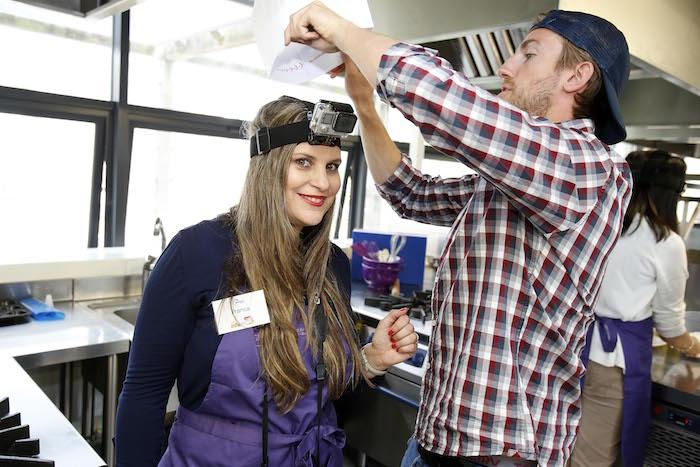 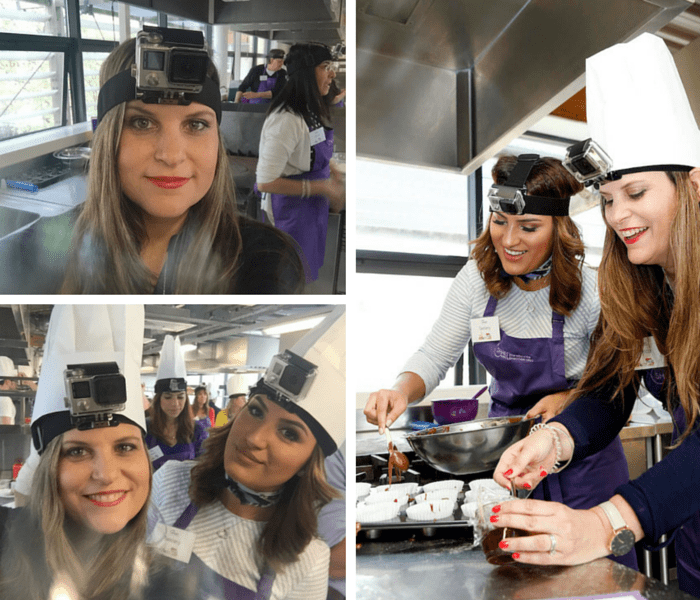 We were given Go Pro cameras to film the challenge which we had to wear on our head. On top of that we got to wear chef hats and lovely aprons. We were all set to start but we didn’t have a clue what to do, we were completely lost! Just having to estimate the amounts was incredibly difficult! We really just had to guess for everything. We were worried for the first 20 minutes of the challenge trying to check other people’s progress and trying to find answers but after this, we realised it was taking all the fun away. So we decided that we just have fun and try our best, so that’s what we did! 😉 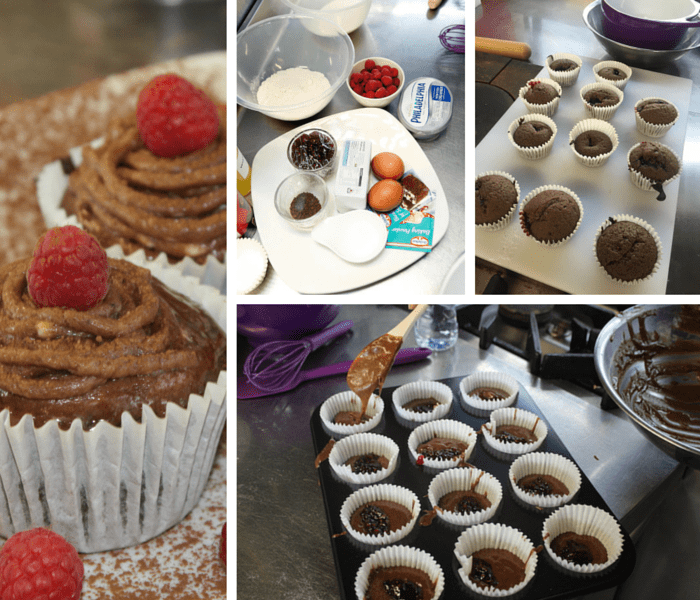 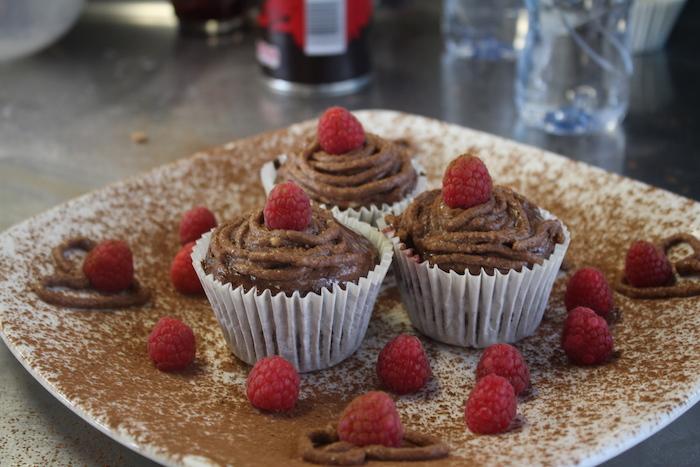 We made lots of mistakes along the way but with the help of the Saver Energy team and Ian, we managed to complete the challenge. I was worried that our efforts were going to be terrible but the raspberry cupcakes actually ended up really good. I was surprised! You can see the recipe below: 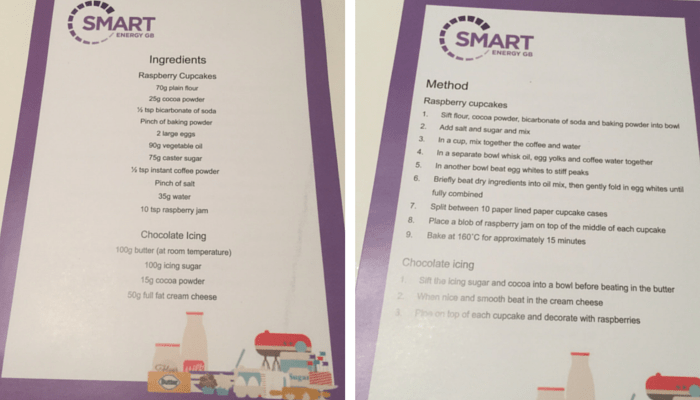 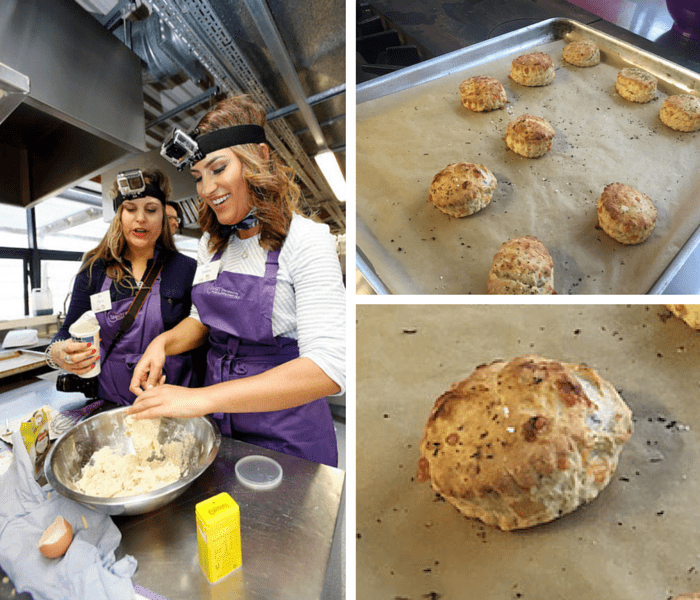 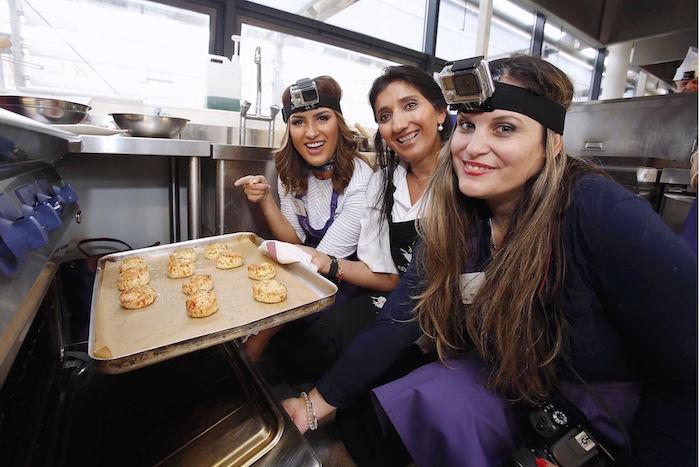 For this challenge we had to cook scones. As you can imagine, I had never cooked these before and neither had Taislany. However, she was more familiar with savoury cooking. We were much better this time, as the first challenge had given us a feel for things so this one felt much easier.

We just tried to follow our instincts and when we made any mistakes, we tried to fix them pretty quickly. We were definitely much more confident this time. I guess this showed in the cooking because we were the first to finish ahead of everybody else this time.  They look pretty amazing and tasted delicious too! I was really impressed with what we were able to achieve.

You can see the recipe below: 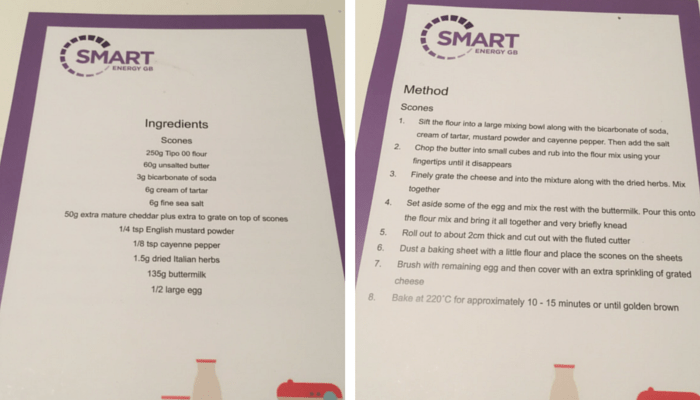 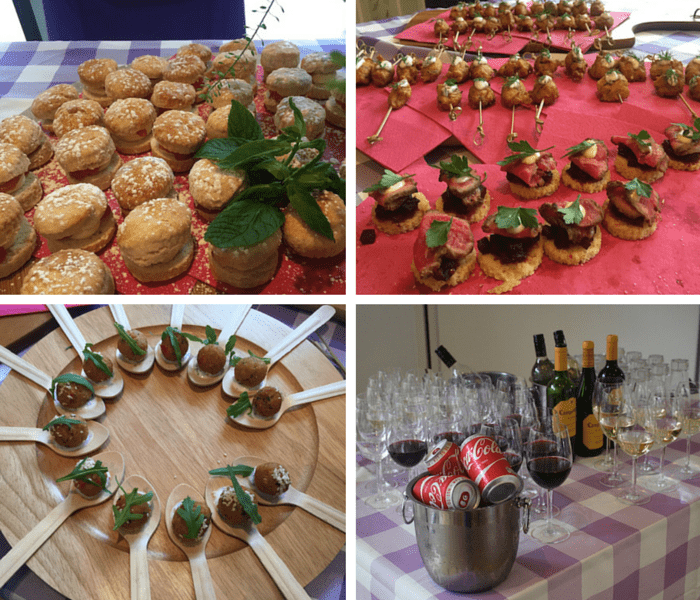 Once both challenges were completed we waited downstairs for the results. Ian was the judge and was in charge of awarding the prizes to the team with the best bakes. He was also going to be giving baking lessons to the loser of each challenge. While waiting we were offered some delicious hot canapes and drinks. 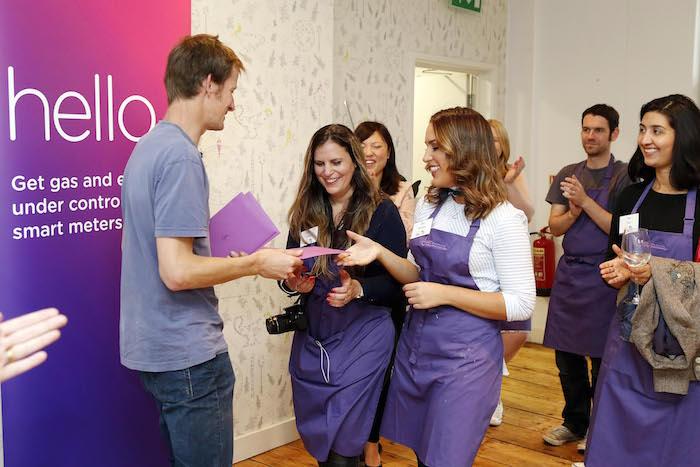 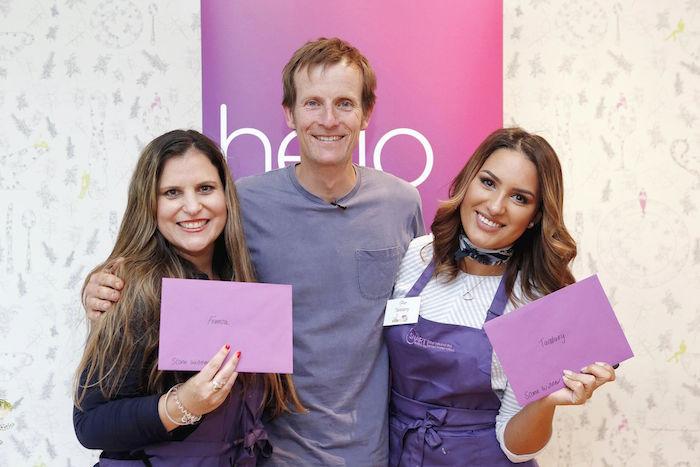 This event was just fantastic. Not only did I get the chance to learn more about cooking and baking, but also about what smart meter savers are too which I really recommend you to use. Overall, I actually had so much fun. Who would’ve thought that I would enjoy being part of a cooking event so much? As a result I’m now liking cooking more and more and obviously I’m now ready for the next event! 😉 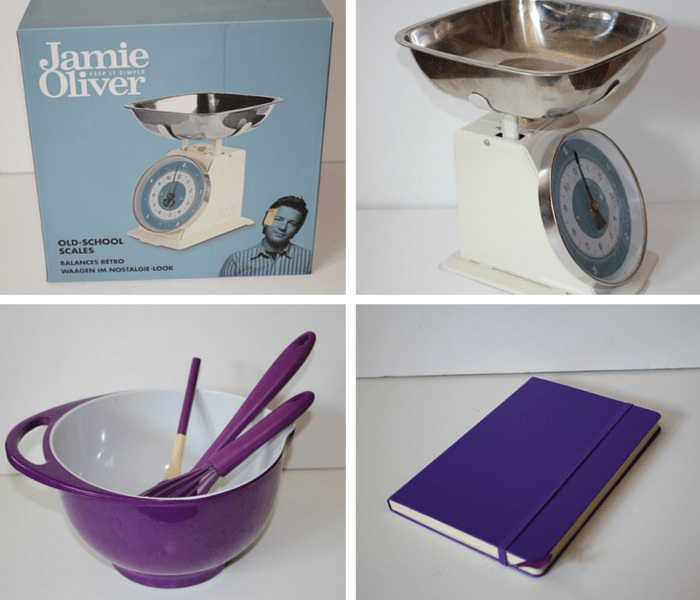 We were also given some AMAZING goody bags! We got a proper Jamie Oliver weighing scale which I love, we also got the baking equipment we used to bake the cupcakes and scones and last but not least a super practical Journal which I’m already using! I was so happy with my goody bag! I really want to say THANK YOU so much to Smart Energy GB for inviting me to this event. It was one of the best events I have ever been to. It was all very professional and very well organised! You can find out more about the #EstimationNation campaign here or by following their twitter.

Smart Energy GB have made a fantastic video capturing all these wonderful moments. You can watch the video below:

Disclosure: I was invited to attend this event in exchange for a blog post but all the thoughts and opinions are my own. Some of the photos were provided by Smart Energy GB.