Surveys show that fireplaces are a hot-commodity for buyers. Both homebuyers and real estate agents agree that fireplaces are typically listed on prospective buyers’ “want” lists. In fact, 40 percent of homebuyers survey by The National Association of Retailers said that they were willing to pay more if the home had a fireplace. 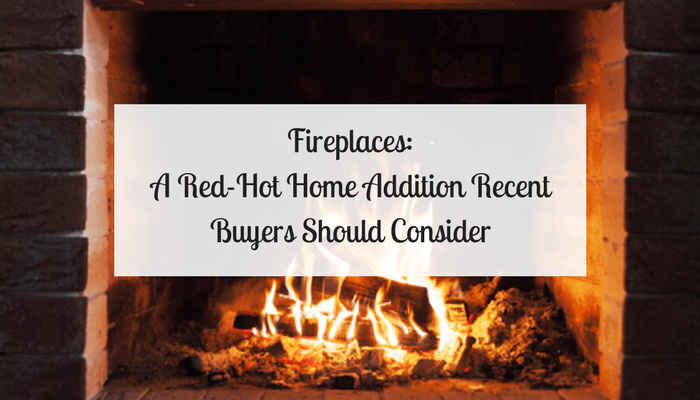 Further data from the National Center for Real Estate Research shows that each fireplace adds a 12 percent increase in the home’s value. Although you just purchased your first home, you’ll need to think about each addition, add-on and renovation as a potential selling point.

Traditional wood-burning fireplaces, like open hearth styles, have been around for centuries. But today’s homeowners have a variety of options to choose from in this category. Open hearth styles are typically made from brick or stone and are often considered the most authentic; however, homes without a fireplace will require a good amount of construction. Enclosed fireplaces tend to heat the living space much better than hearth styles that allow heat to escape up the chimney. And finally, wood burning stoves are an alternative that allow homeowners to burn wood inside of the home for heat without the heft construction bill, although these styles do require special ventilation piping.

The addition of a traditional wood burning fireplace in a new home requires renovation, from foundation to chimney, that ranges from $7,000 to $10,000 and in some cases even more.

Different than wood burning, gas burning fireplaces create more heat at a lower cost and burn cleaner than their traditional counterparts. These types of fireplaces often require minimal construction and reconstruction when compared to wood burning options. Direct-vented built-in fireplaces can work with an existing or newly constructed chimney and generally require little change to the home’s existing structure.

Today’s contemporary fireplaces are easy to install and maintain and have gained popularity among homeowners because they are odourless. While these styles do not create as much heat as gas or wood-burning fireplaces they are considered to be more environmentally-friendly. If your new home has an existing fireplace you can add an ethanol burning insert that doesn’t impact the look of a traditional fireplace.

Widely the most cost-effective option, electric fireplaces are not only easy to install but easy to maintain and operate. These types of fireplaces do not require venting or chimney access which means less hassle and a smaller bill. Electric options are great for new homeowners on a budget or those who are looking to spruce up a smaller living space. Freestanding electric fireplaces are often lightweight and compact and can heat a good size living area, up to a 1,000-square feet in some cases.