I was recently invited to the launch event of a new Parental Internet Control System called HomeHalo. I went with Nick to their offices in Central London and met with the Team behind the product where they explained the story behind how their system was conceived as well as how they feel the product can benefit parents and how it differs from other internet control software. 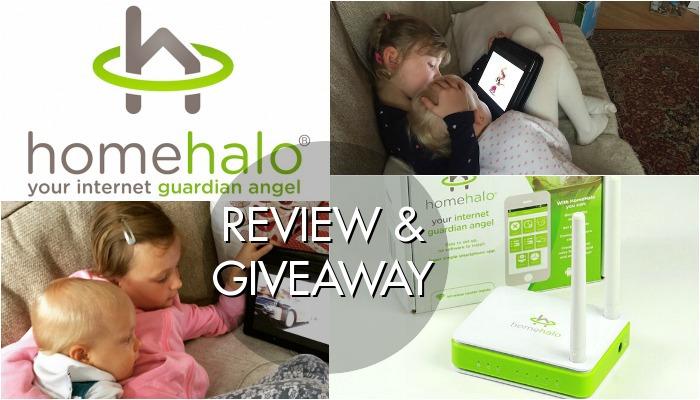 I travelled into London with Sienna, having arranged to meet Nick outside of HomeHalo’s offices, and due to too many stairs and escalators in the stations, I had to put her inside the Manduca Baby Carrier as I didn’t want to bring the pushchair with me. We didn’t have a babysitter for her so she actually had to stay with us in the session. 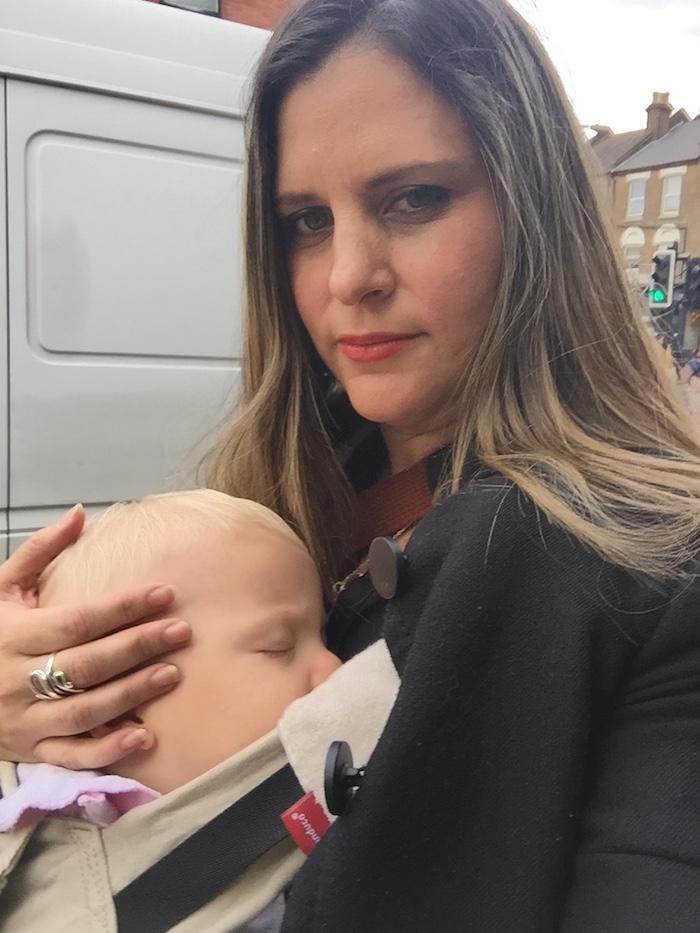 Upon arrival, the people at HomeHalo were were incredibly kind and nice allowing us to have Sienna with us in the session (after all this is a product made by parents, for parents). To be honest, I was surprised at her behaviour. She was pretty good the whole time, although we kept feeding her with nice biscuits and so as long as she had one she was perfectly fine LOL. 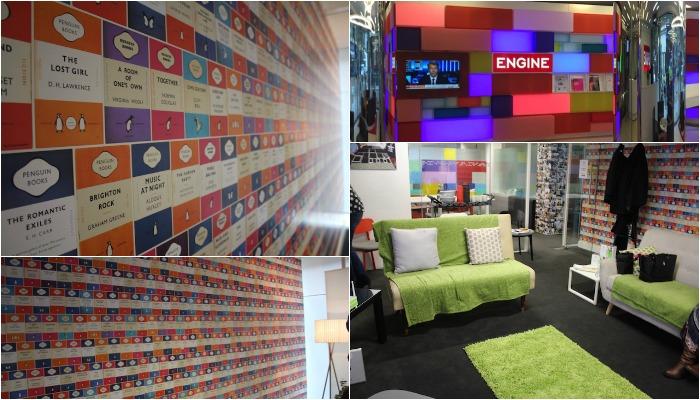 The launch of this product was organised in a beautiful building called The Engine. The actual room where we had the session was really well decorated with the lots of greens and whites to perfectly match the HomeHalo branding. I thought it was quite pretty so I took some photos to share with you, 😉 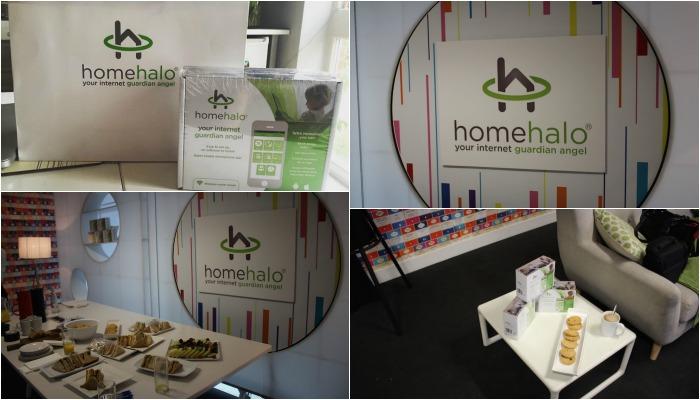 The session was arranged by HMP Communications and everything was really well organised. When we arrived we met the people in charge of HomeHalo who, as I said before, are parents like us trying to market a solution for parents to manage their kids internet access. Also present, was well-known psychologist, Honey Langcaster-James, who along with the rest of the Home Halo team were ready to help with any queries from us. They were all lovely and we were really interested to listen to what they had to say. 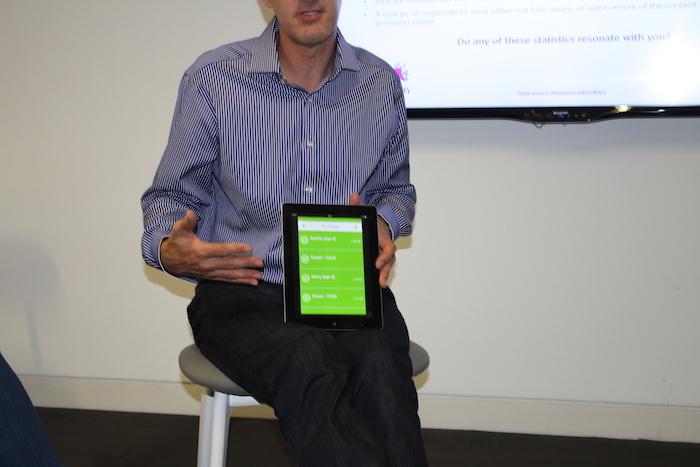 At the end of the session we were offered one of their devices to try out the HomeHalo system for ourselves, so that we could do an honest review about what we thought about the system. 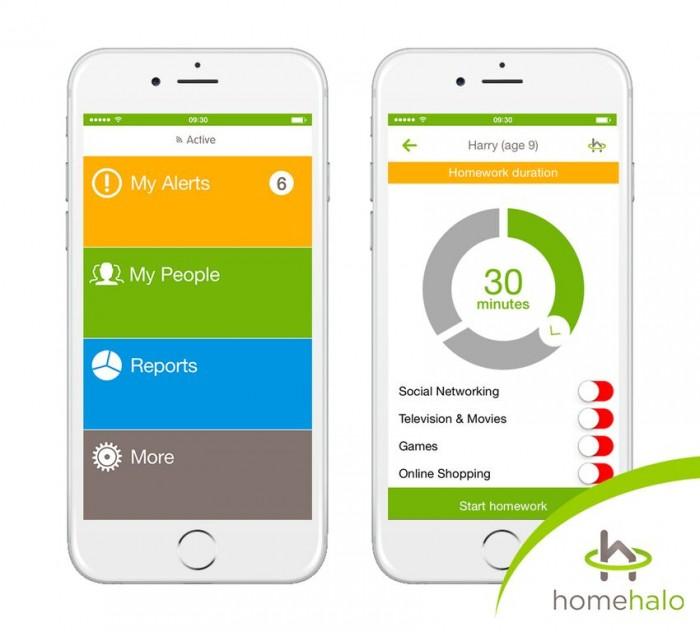 Research carried out by HomeHalo suggests that we are having a combined eight million arguments a day over digital gadgets. One of the identified major causes of irritation facing many parents today is ignorance by children when they are online. Too often, children tend to ignore their parents as they become more and more addicted to smartphones and tablets. This often leads to a breakdown in communication, and results in arguments between parents and their children. 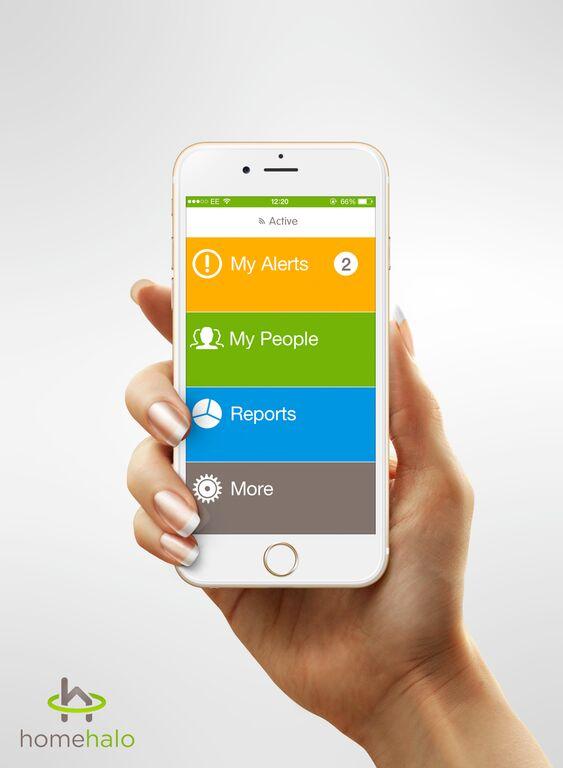 Our eldest daughter is 5 years old and loves to watch YouTube videos, mainly music videos by Taylor Swift and One Direction or those videos where the lady with the painted nails opens lots of Kinder eggs! She doesn’t really understand much beyond that so doesn’t try to launch a web browser or search Google just yet, but it probably won’t be too long before she does. What better time then, to start looking at our options regarding parental internet controls?

So having identified the problem, what solutions are available?

Before looking at HomeHalo’s solution for Parental Internet Control, lets first look at some of the existing options available to Parents. It’s possible to install internet control software on a desktop or laptop PC or Mac, but the problem with that is that kids are now using smartphones, tablets, or games consoles to access the internet instead of the ‘family’ computer which means that there is no one specific device a child may be using for internet access, making it harder to control. The alternative to this, is to apply connection or network based filtering and the main UK ISP’s now provide their customers with free parental controls which can be activated at any time, and are applied to all users and devices accessing your home internet service. The problem with these options is that they are a nuclear option in that the system is turned on for all members of the family and whilst access may be configured to allow varying degrees of access, the steps to configure the software can be fiddly or complicated for most non-technical users. We have previously avoided these kinds of internet filters due to concerns that it may block us from accessing bona-fide sites that we need for work or otherwise and as grown adults we are quite happy to self manage our internet browsing. With these things in mind, its clear that there has been a gap in the market for something which is easy to set up, does not filter by default for all users and can be easily configured by a non-technical person (most people never even log onto their internet router, let alone modify its settings!).

When I was initially invited to the launch by HomeHalo, my husband who works in IT was sceptical about their system due to the short falls typically associated with this kind of system. After sitting with the HomeHalo team at their official Launch event, it became clear that their product offers quite a different proposition. 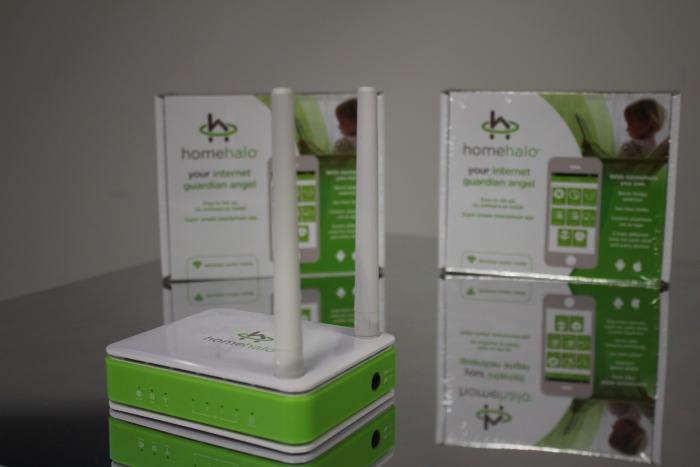 Their Parental Control System is built into a custom wi-fi router which you simply connect to your existing internet router via one of its spare network ports at the back. The device provides its own wi-fi connection so you are recommended to turn off the current one on your existing router.

After this, you then set up each of the devices you use at home to use the new wi-fi connection provided by the Home Halo router instead of the existing router. You then access the web panel via the Home Halo website to associate profiles with each of the devices that have been connected (a list is provided). You choose the profile name, typically the name of the person who uses that device and then associate some pre-set filtering rules.

You can also download a HomeHalo smartphone app for iPhone and Android devices which gives you most of the features in the web panel but in more basic user interface which is simple to use on a phone. For example, Bella’s Access Rule is setup to allow internet access between 7am and 9.30pm but if we need to extend beyond those hours temporarily or even block access temporarily we can do that easily via the app.

We were now all setup ready to go. The funny thing was that our daughter didn’t even notice a thing when she came to use the iPad. She carried on as usual blissfully unaware that she was now accessing the internet via the HomeHalo router. Because she is still quite young she just goes straight to the YouTube app to watch videos or to the Vevo app to watch music videos. She doesn’t usually try to open the web browser or try downloading new apps but I have a feeling she will start to do this. However, I can be happy in the knowledge that when she does start doing that she won’t be able to access anything she shouldn’t.

There is another great feature where users can request access to a website which has been blocked by clicking a button on the device when they see the blocked message. This notifies us instantly via an app notification and email that a request has been submitted. I can then easily check the blocked site and instantly grant access if I think its actually okay.

As your children get older I can see how the usage of the device might change. For example, for a teenager you might be more concerned about them getting their homework done and not spending time on social networking sites. In this example, I can easily withdraw access to social networking sites for a period of time while they are hopefully doing homework, which also means they can use the internet to do their homework (they just can’t get into Instagram!). 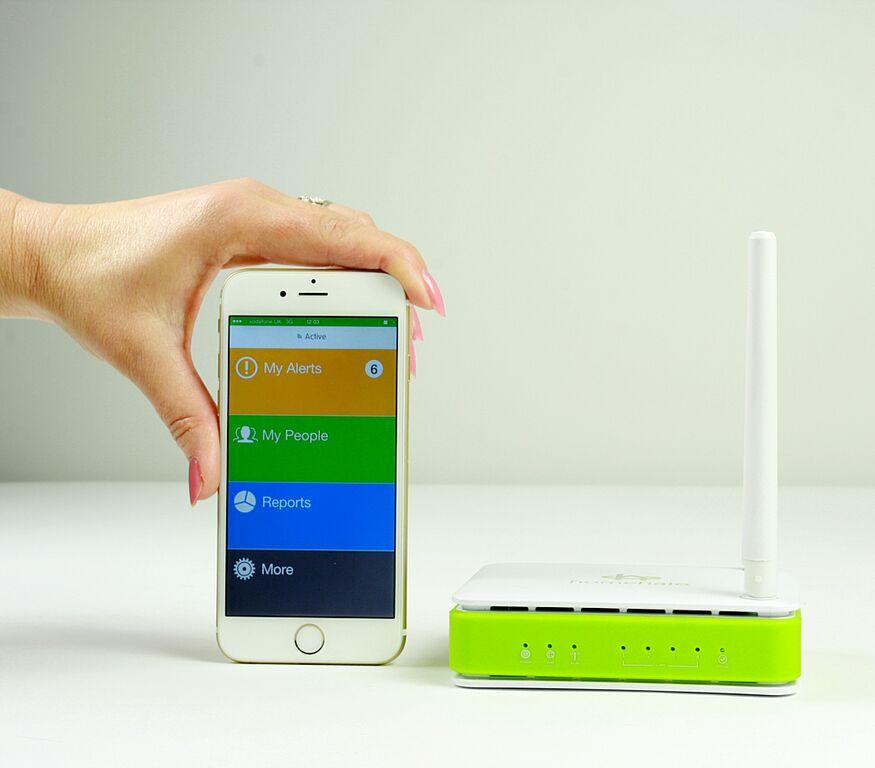 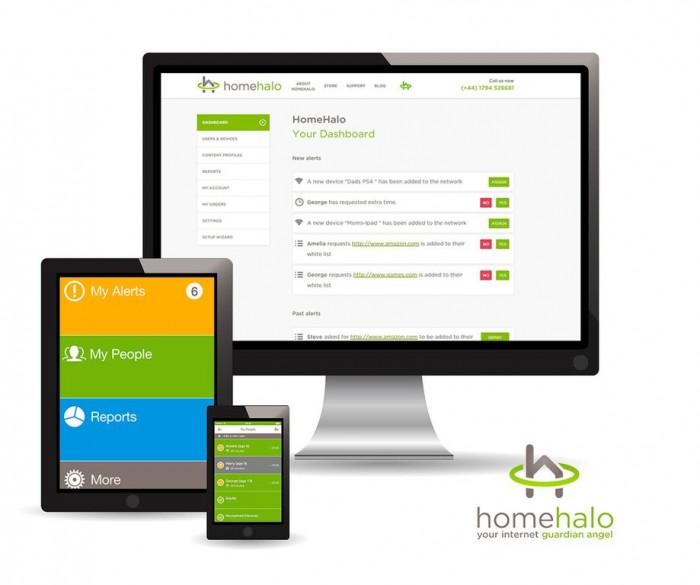 After setting the device up and testing it with our eldest daughter Bella’s internet access for about a week, we have been very impressed. The stand out thing has been the ease of set up which was a breeze and is a major advantage over alternative solutions. Regarding Bella’s access, everything worked as required which was great, although she is very young as previously mentioned and as such didn’t really push the system – she had no idea her access was being filtered! I am interested to see how that works out as she starts to become more curious, which I’m pretty sure will happen over the next year (I will try to do an update in 6 or 12 months to see how we are getting on!). That said, we really have been impressed with this product and would absolutely recommend it to other parents. The pro’s definitely outweigh the cons, particularly given that we don’t think there is an alternative system that comes close to what it offers with the same level of ease.

Have you tried HomeHalo? What do you think about Parental Internet Control systems? What software or systems have you tried using for this? Please leave a comment below as I would love to know what you think.

*Disclaimer: I received this item in exchange for an honest review. This review is my own opinion and is a genuine representation of what both Nick and I think about this product. Some of the pictures have been provided by HomeHalo.