If you are a regular reader of my blog you may have spotted a lovely, shiny brand new badge on my sidebar and have perhaps wondered what it’s all about! Well, I am super excited to tell you that I have been chosen to be the 1st KidZania London Ambassador Blogger! Hurrah! We are over the moon with this news! We have been fans of KidZania London since they opened a few years ago so this is a huge honour for us! So what does this mean? Well, we will be attending various KidZania London events over the next 12 months and we will be telling you everything that is happening there so you don’t miss anything! Or if you did miss something, you can read all about it through my blog or through the KidZania London Blog where I will also be guest posting too! 🙂 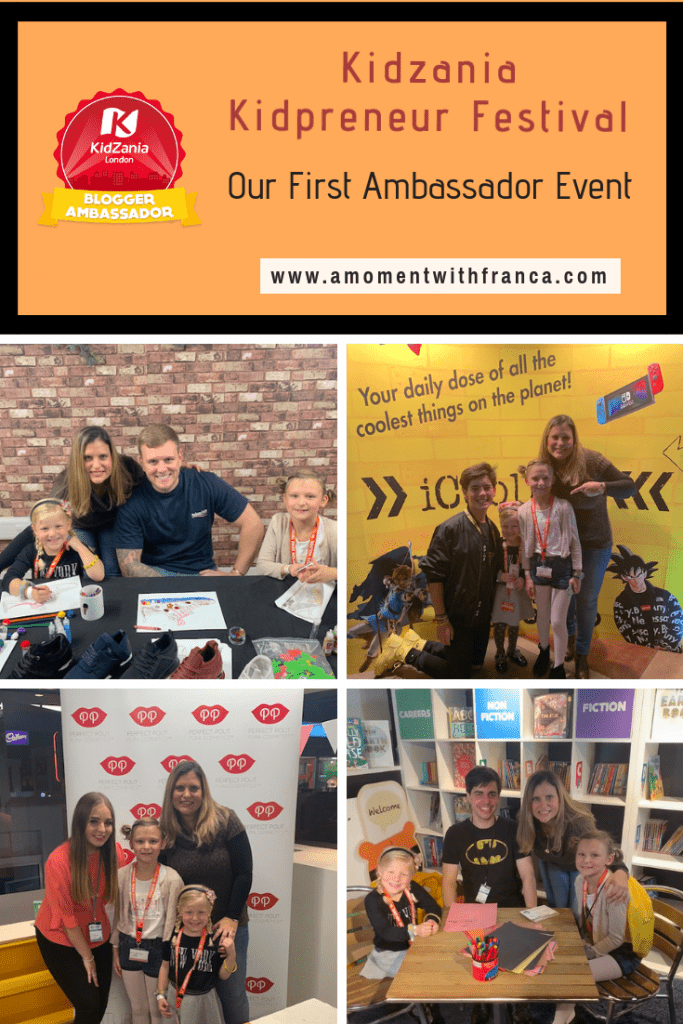 Our role began straight away as we attended the Kidpreneur Festival a couple of weeks ago! This was a fantastic event. In attendance were 4 amazing young business leaders who each shared their tips and tricks about their business and personal journey to success! We were super intrigued about these young entrepreneurs and we were really looking forward to having a chat with each of them! 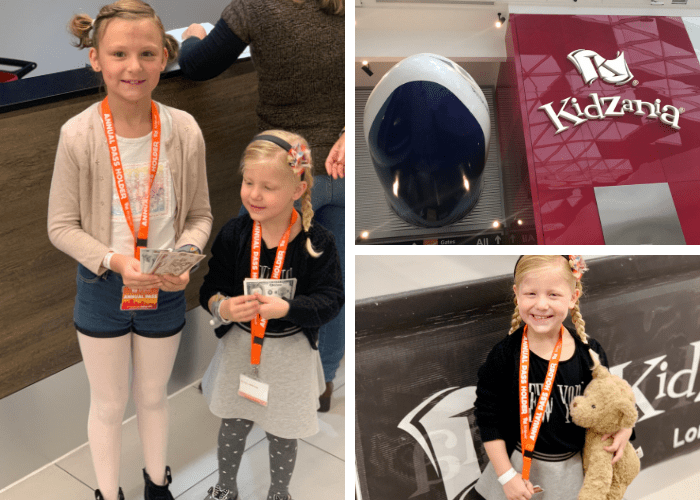 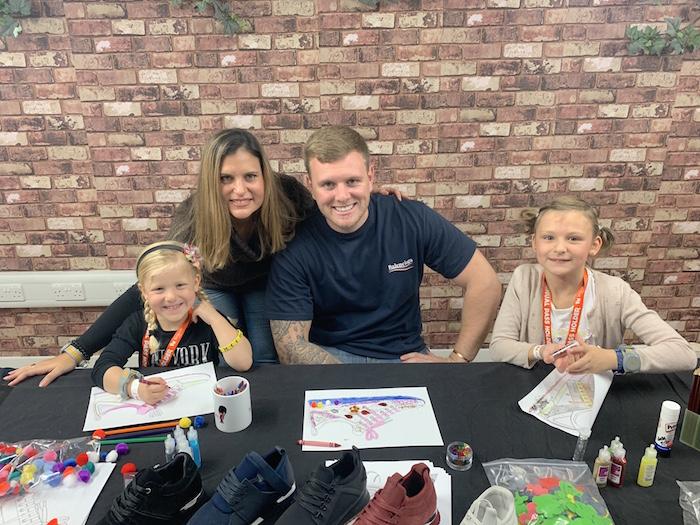 You might recognise him as part of the TOWIE cast and you might be surprised to discover that he is also a successful entrepreneur! I didn’t know this until this event so it was really interesting to get to know another side of him.

He is the CEO of Mallet Footwear and he has expanded his business over 190 stores across Europe which is amazing. One of the things that really caught my attention is that Tommy has managed to achieve all of this despite having dyslexia. This is now a topic that interests me a lot because my eldest daughter has recently been tested and it looks like she also has dyslexia (we will have the proper report at the end of the month), so I have been worried a lot lately. After chatting with Tommy, he reassured me and Bella that dyslexia is not a problem. She can achieve whatever she wants if she is determined and fights for it. She just needs to do what she loves and that passion will come through. It really gives us so much hope and there’s no reason why we shouldn’t be optimistic about her future. 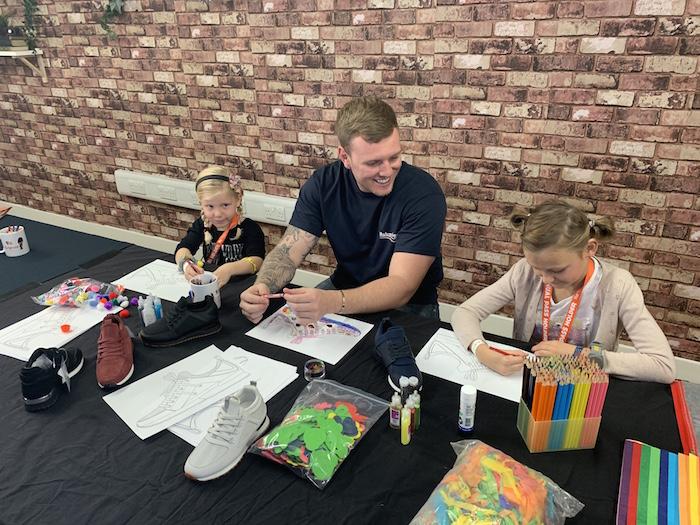 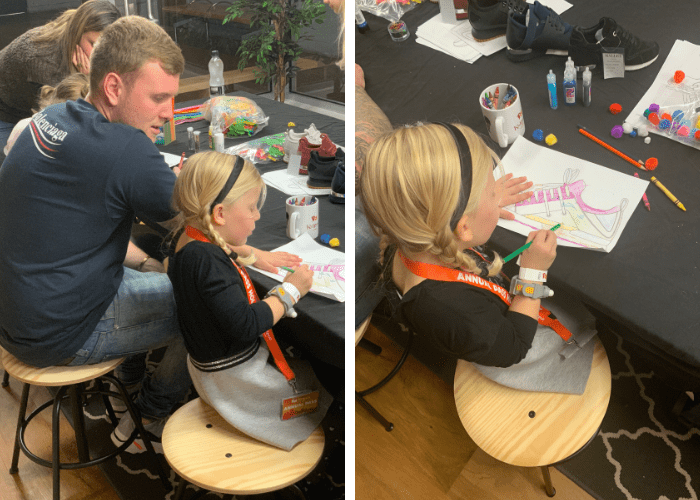 Tommy was running several workshops during the day as well as a Q&A in the main Theatre. Bella and Sienna really enjoyed his workshop. He gave them a paper with a shoe trainer drawing and they had to colour it. My girls love colouring a lot so they were having a great time. He was very lovely with them. I was very pleased that we got to meet him. It was a really inspirational moment.

Bella loved his workshop so much that she decided to go back to do another one as her last activity of the day. I thought that was really lovely. I asked her why would she want to repeat the workshop and she said that it was because this was the workshop that she enjoyed the most! Bless her! 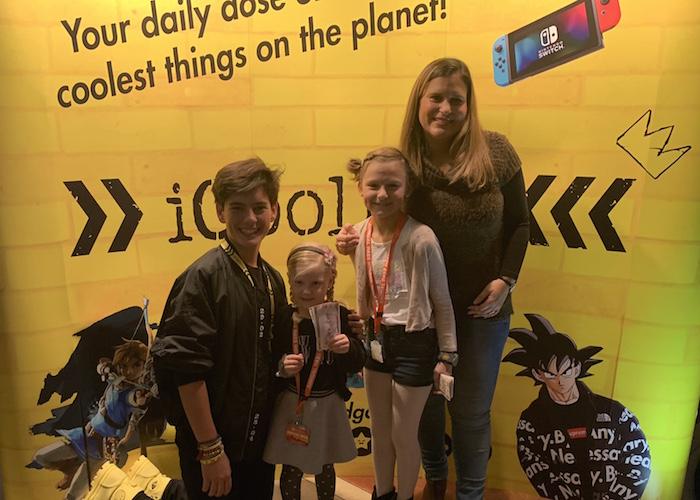 I was very curious about meeting Jenk. He is only 13 years old and started his website when he was 12 years old. So in a year, it has grown so much! He is CEO of iCoolKid which is a website with cool designs made by kids for kids.  He has been dubbed Britain’s youngest CEO by Business Insider. How amazing is that?

He also likes singing, dancing and acting as well as travelling all over the world talking at seminars. He coaches and gives advice to business leaders double his age! I thought this was a big achievement. 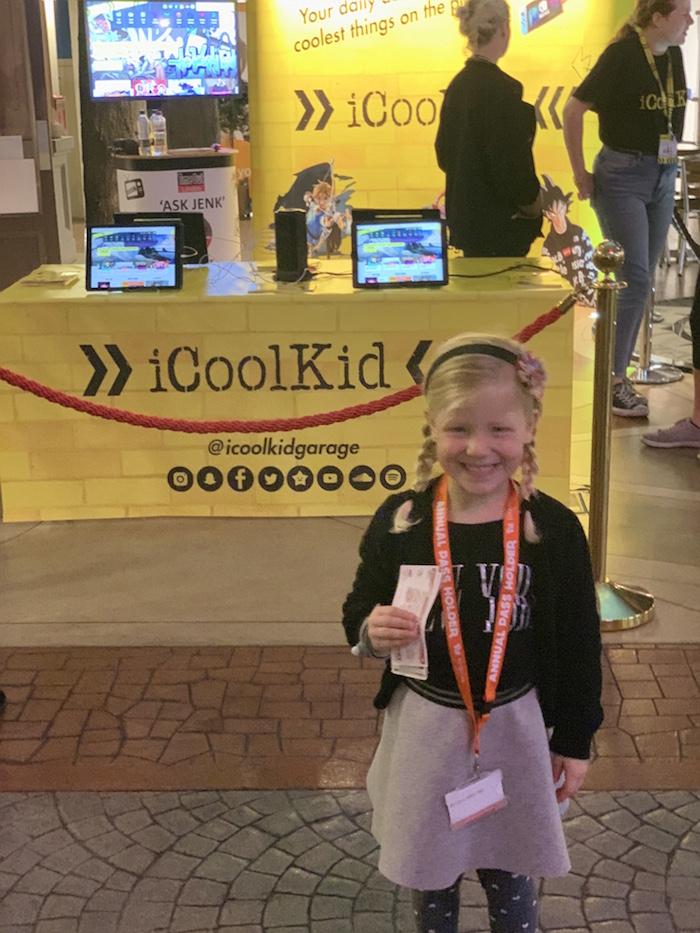 He seems to be very confident and knows very well what he wants which is admiring from someone his age. My girls were very interested in listening to his story. He is very charismatic and the youngest of the 4 young entrepreneurs invited so you can imagine the big impression he made on my girls.

Jenk also ran several workshops and other activities during the day as well as answering questions in a Q&A session at the Theatre. 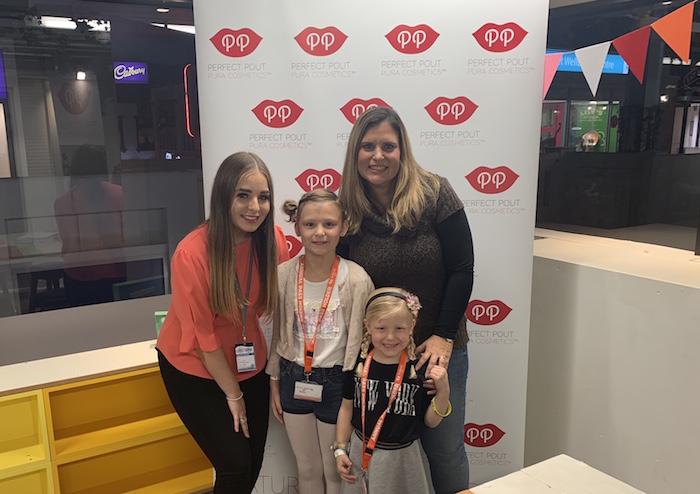 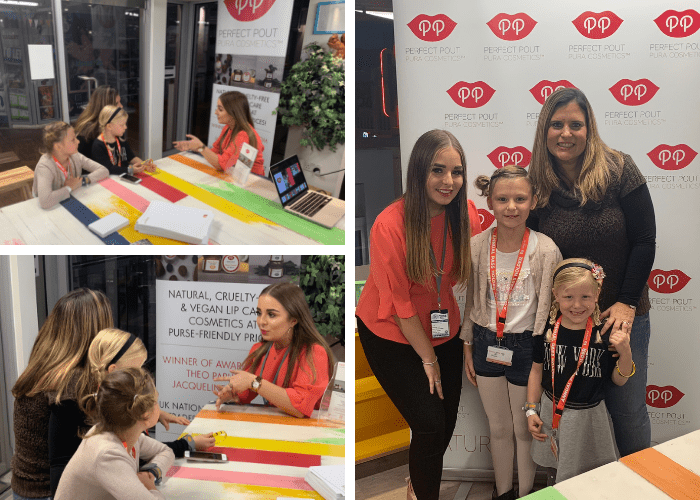 Bella was very interested in meeting Rose. She is the CEO of Pura Cosmetics, a cruelty-free, vegan lip care business when she was only 15 years old. She started her business with only £25 but she managed to increase her profits every time since. She is now 18 but she still makes her lip balms by hand at home. She is studying for her A-levels right now.

She gave great advice to Bella on how to start a business. She said that she should start getting involved in any initiatives organised by the school as well as doing internships to start learning the tip and tricks of a job at an early age. This was great advice. 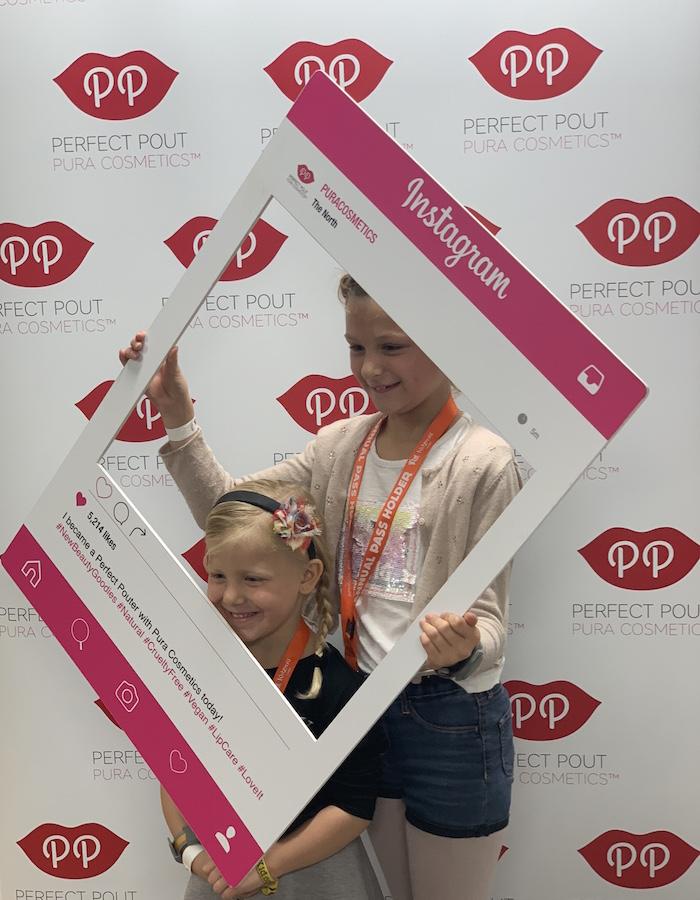 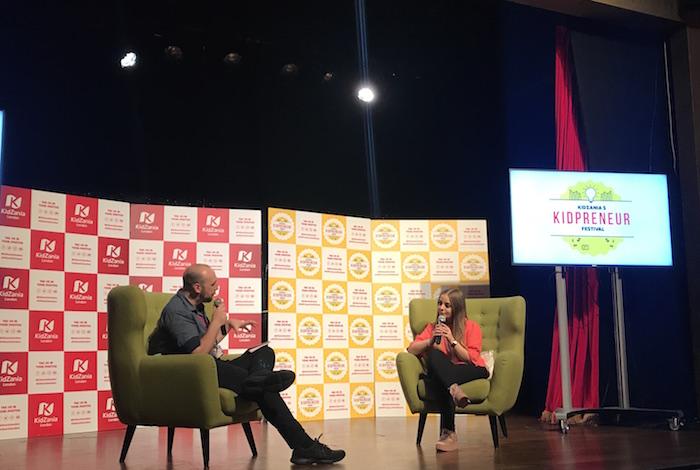 Rose is the youngest ever recipient of both the Jacqueline Gold CBE Women in Business #WOW Award and the Theo Paphitis Small Business Sunday Award. She was also crowned UK Young Market Trader of the Year in 2017. I thought this was impressive.

We really enjoyed talking with Rose and I am sure a lot of things that she said has stuck in my daughter’s head. 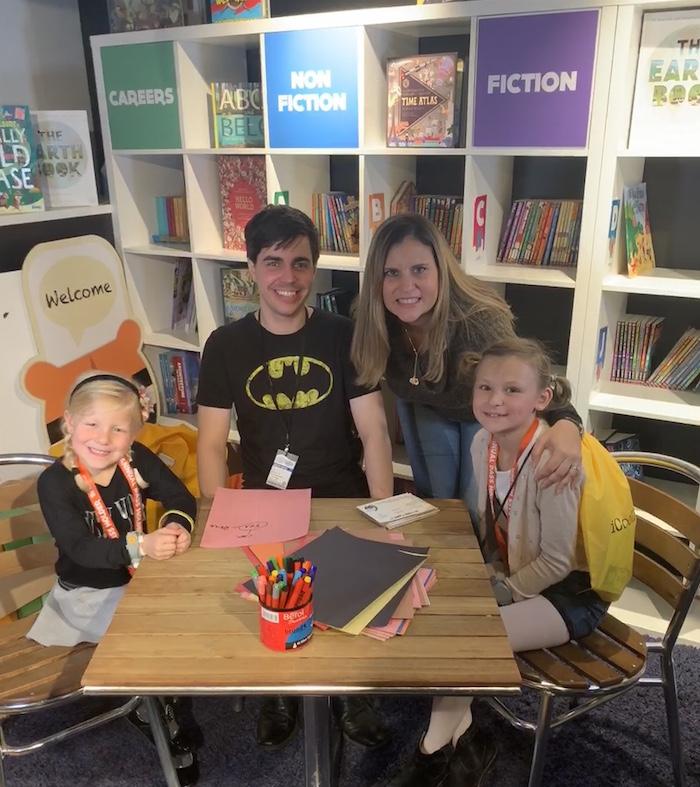 Christian is the co-founder of DinoByteLabs with Louise Leolin. We were meant to meet Louise but she wasn’t feeling very well so she couldn’t attend the event.

But we loved meeting Christian. He was really nice and told the girls all about DinoByteLabs, a website that specialises in gaming – with a drive to make games with more diverse player experiences. They focus on creating digital worlds as well as offering game design consultancy to brands all over the world. 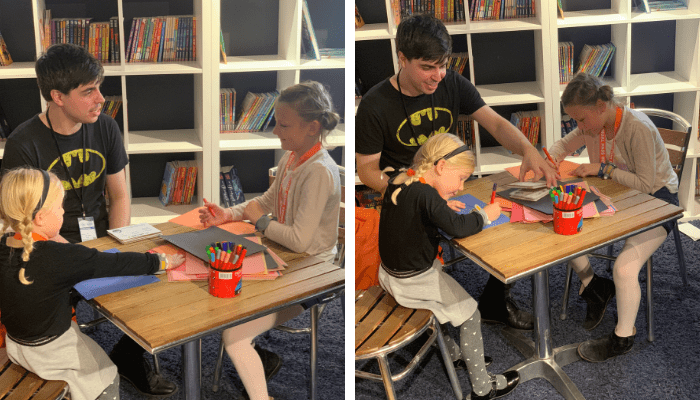 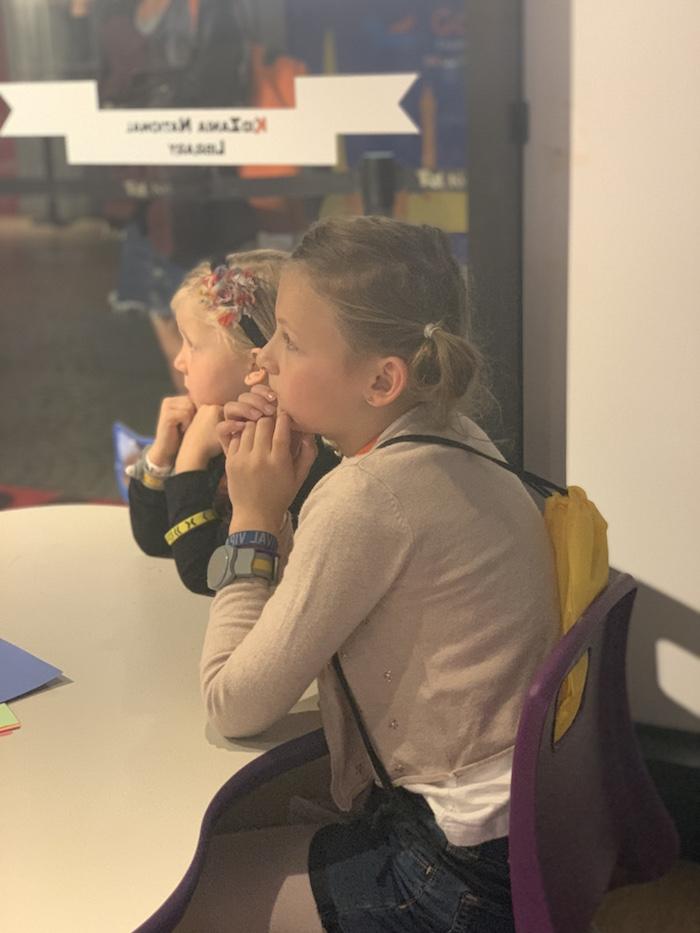 My girls also attended his workshop. They had to pretend they were designing a new game, so they started putting together some ideas as well as drawing and designing the game. This was a little bit advanced for Sienna but she really enjoyed colouring. They both had a great time. 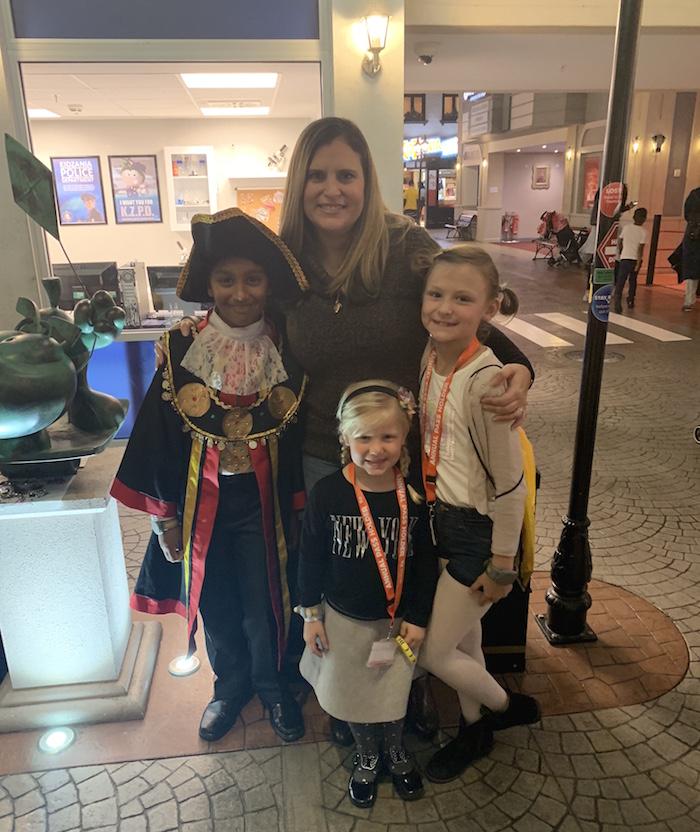 Of course, KidZania London wouldn’t be the city that it is without a Mayor, so they now have one! Hurrah!

Kishan, the Mayor was also at the event so we said hi and had a photo with him. He is so cute! I am sure we will be bumping into each other over the next year. 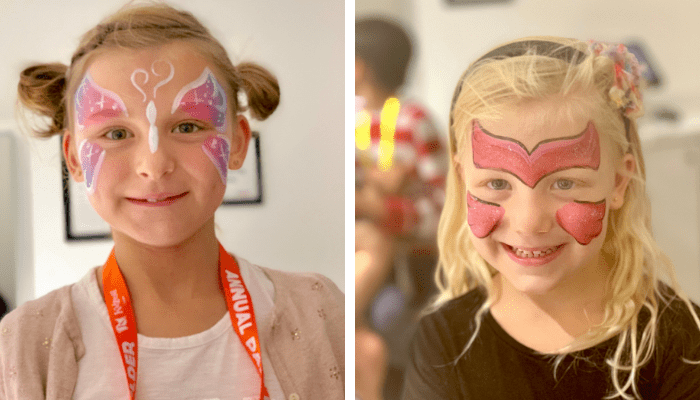 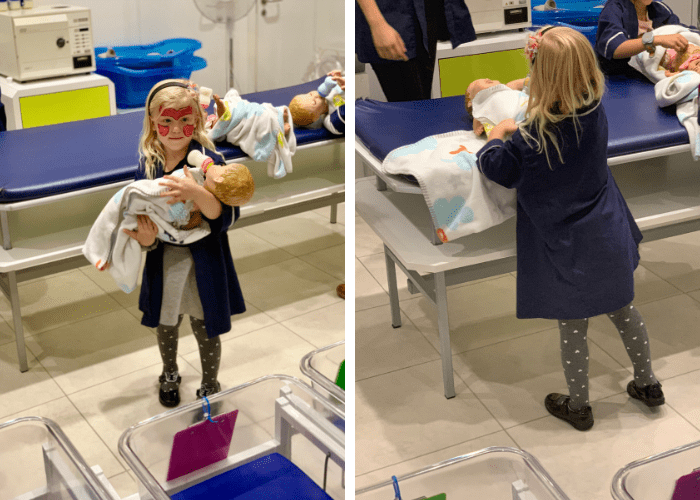 After meeting all these amazing people, my girls were wandering around KidZania London, getting involved in more activities. They did face painting, Sienna went to the Luvabella nursery, they both also went to the H&M store to learn how to style some outfits, they also worked as couriers amongst other activities. They had a blast!

THOUGHTS OF THE DAY 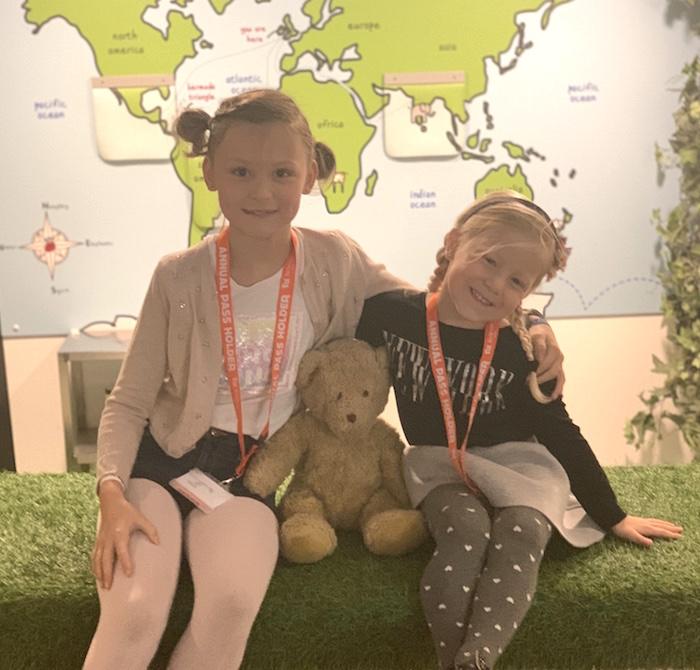 We thought that the KidPreneur Festival was a great success! My girls had a day full of workshops and cool activities and they learnt a lot of new skills. They left KidZania London feeling super inspired!

We are so happy to be part of the KidZania London world. They have so much to teach our kids which is great as they can have an idea of what types of jobs are out there. Let’s hope we have amazing entrepreneurs in the future!

Have you been to KidZania London? Has your child shown any signs of becoming a young entrepreneur?