I was invited to attend a Fashion event organised by London Ethnic at the Houses of Parliament as an official part of Parliament Week. The main aim of Parliament Week is to get a wide range of people informed and interested in politics and this event looked at how UK democracy has inspired and shaped British fashion. 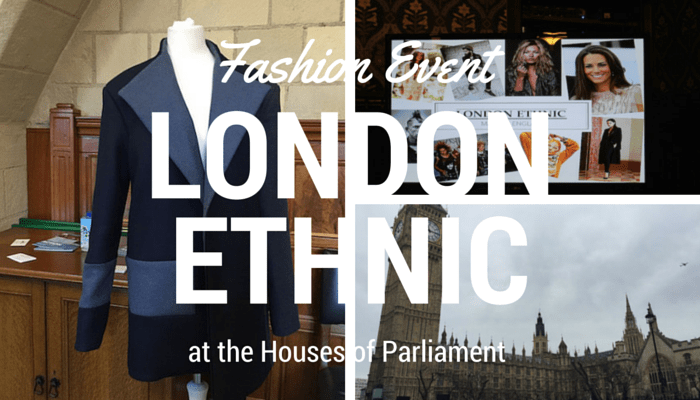 I was very excited because as many of you know, I’m a lawyer (although I don’t do this anymore as I’m now a SAHM) therefore the idea to be granted a pass to get inside the Houses of Parliament was amazing. I was able to combine both of the things that I like which are being a lawyer and being a blogger. Hurrah!! 🙂 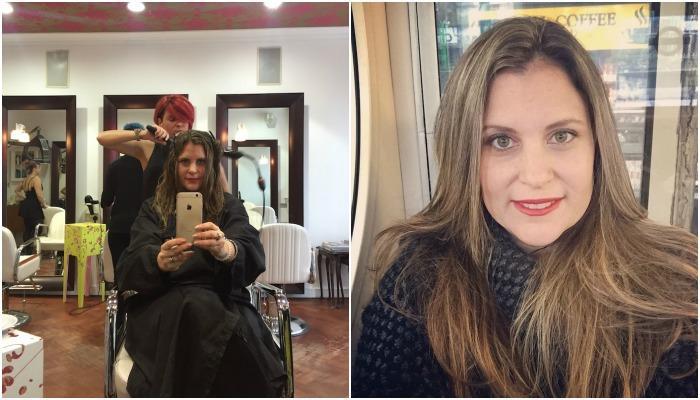 The morning of the event was hectic as I had previously booked an appointment at the hairdresser to get my hair cut and blow dried. I needed this ASAP as I hadn’t cut my hair for more than 6 months and it was screaming to be done. Also I thought that it would be nice to go to the event looking decent!! LOL

I’m not sure if you can tell the difference as I didn’t want to have a massive cut as I’m happy with my long hair but she did cut a fair amount off. I was very pleased with it and the girl that helped me was so lovely. She said that she loved blow drying long hair which was a relief as I have a lot of hair!  LOL What do you think? 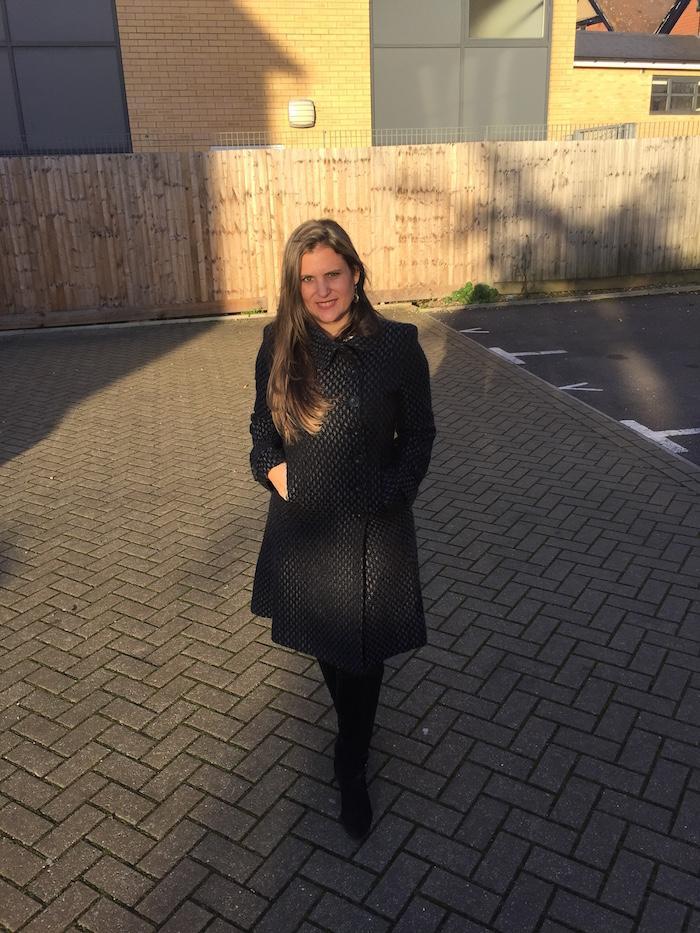 As this was a Fashion Event I decided to wear my Desigual Coat that I’m loving at the moment!! It is so pretty and warms me a lot!! Do you like it? 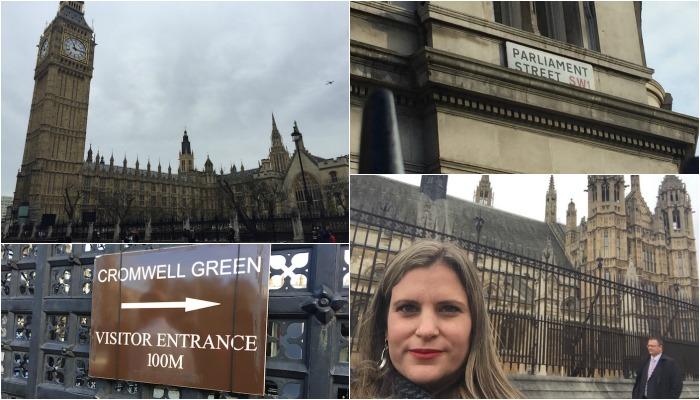 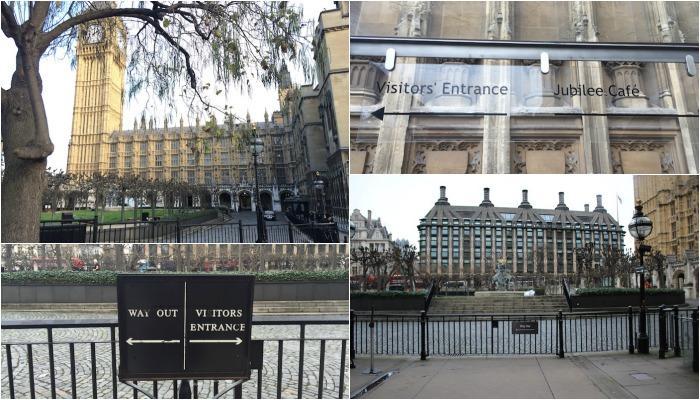 After the hairdresser I headed into the Centre of London which is not far from where I live. I arrived to Westminster Station and I had the Houses of Parliament in front of me. I used the Cromwell Green entrance. They had a lot of security as expected but they were all so happy and had a great sense of humour. I was impressed to see that kind of attitude for this type of job. I thought it was brilliant! 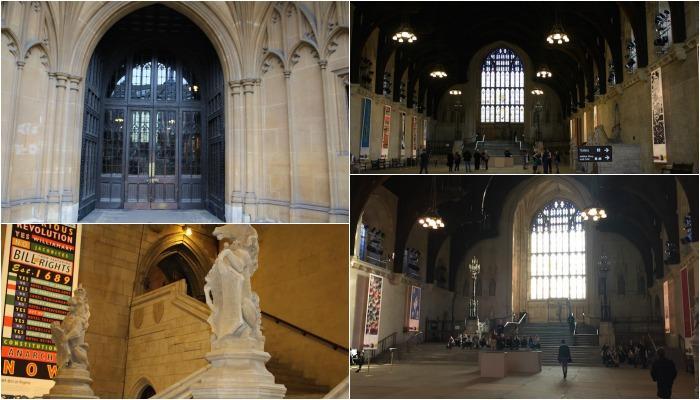 For those of you that haven’t heard of London Ethnic before, they are a fashion label that captures the essence of London Fashion by working with current London designers and producing the collections in England. They provide a platform for a wide range of the best London fashion designers to have their designs showcased, produced and sold.

Their collections reflect the diversity and vibrancy of London. Their designers are based in London and produce their collections in London or the UK. Their designers have graduated from the London College of Fashion, St Martins College and all of the most prestigious fashion schools in the UK. The London Ethnic label provides authentic London fashion, made in the UK and worn around the world. Their clothes are lovingly made by fashion artisans who adhere to the highest British standards of London fashion. 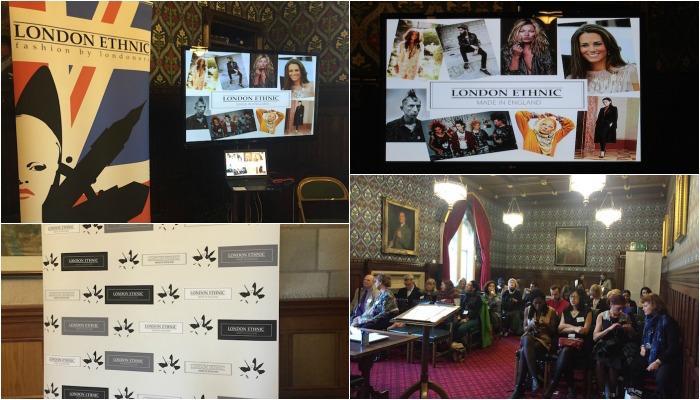 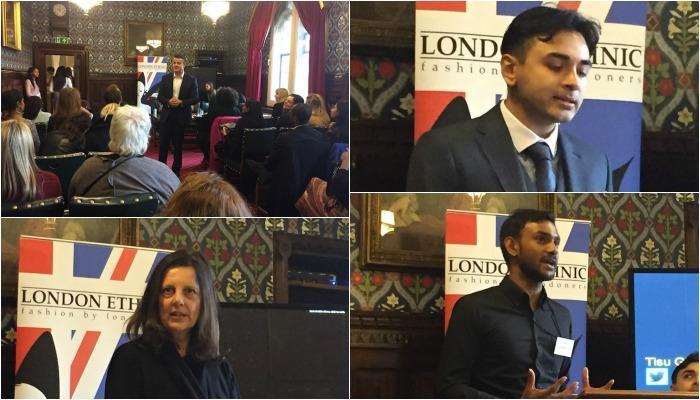 The founder and managing director is Saumen Kar (showed at the top right-hand side of the above photo collage). Researching about Saumen, I found an article about him from Ethio Beauty Magazine that mentioned something that caught my eye a lot. Apparently he got all his inspiration for this new idea from a trip to Peru. Following behind a tour guide, he spotted someone making a handmade bracelet. The process unfolded in front of his eyes. He was intrigued. The tour guide in Peru explained to him that this process is more ethical, and it supports the community. Hand-made pieces which incorporate the skills of the technician crafting them have their own beauty. The effort and love of detail of the artisan becomes inherent in the piece. Production of clothes in this way contrasts sharply with the mass-market production of some high-profile high-street shops that have scant regard for the people churning out the clothes.’

He was then overwhelmed with Peruvian culture and the idea of hand-crafted products that when he returned to London inspired,  he thought to himself: “if a Peruvian tourist came to London and the tables were turned, what could they take back with them that represented the best of London? So then London Ethnic was created with the desire to provide people around the World with pieces made at the hands of a British designer and therefore truly representative of the London brand.’ This really captivated me because as a Peruvian, I felt very proud to discover that the process of how our artisans produce local products could be a source of inspiration for a British guy who then founded a similar concept through London Ethnic.

The event involved talks from politicians including Baroness Jo Valentine, Tulip Siddiq MP, Ian Paisley MP, leaders in the fashion & beauty industry including Kate Hills – the founder of Make it British, and they encouraged a debate amongst invited celebrities, politicians, students, designers, press and fashion bloggers. 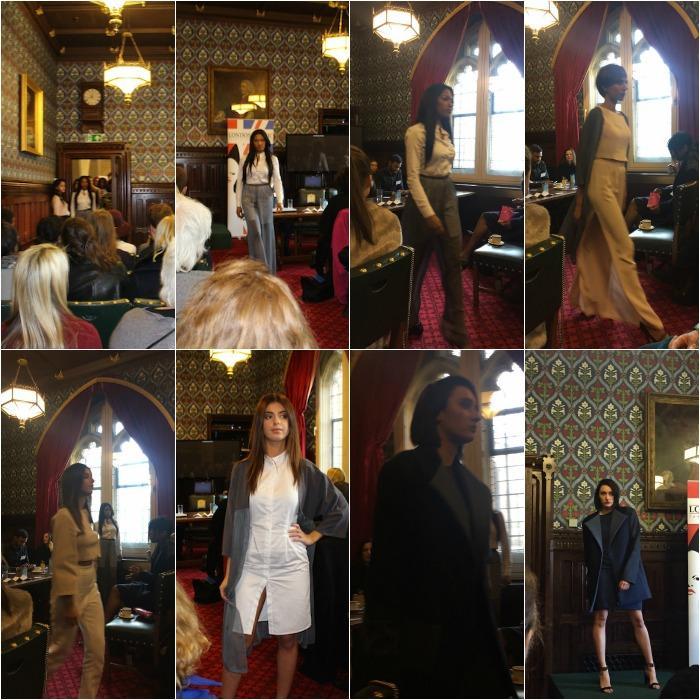 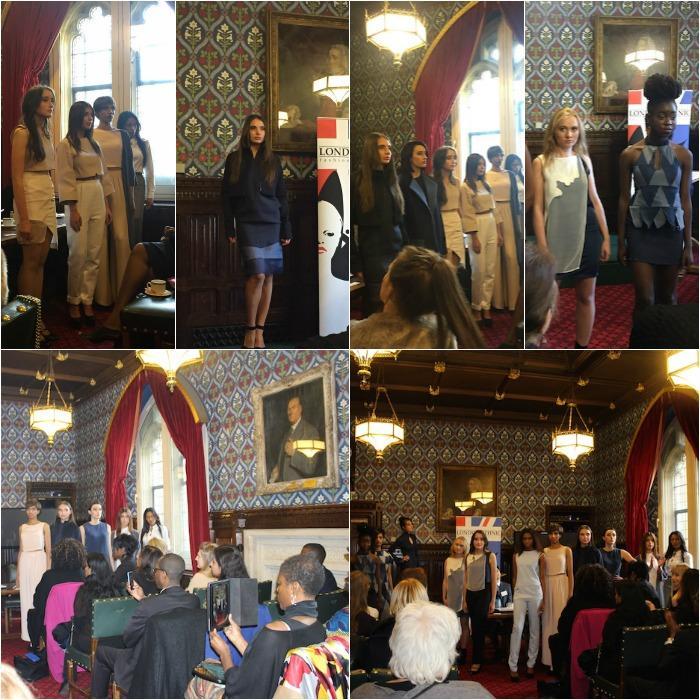 There was also a catwalk show featuring the latest collections from some of the best new & emerging designers from the UK. All of this was split into time slots. The time slots were for a duration of 1 hour although I actually got a full day press pass so it was nice to be able to hang around for the time that I wanted with no pressure. 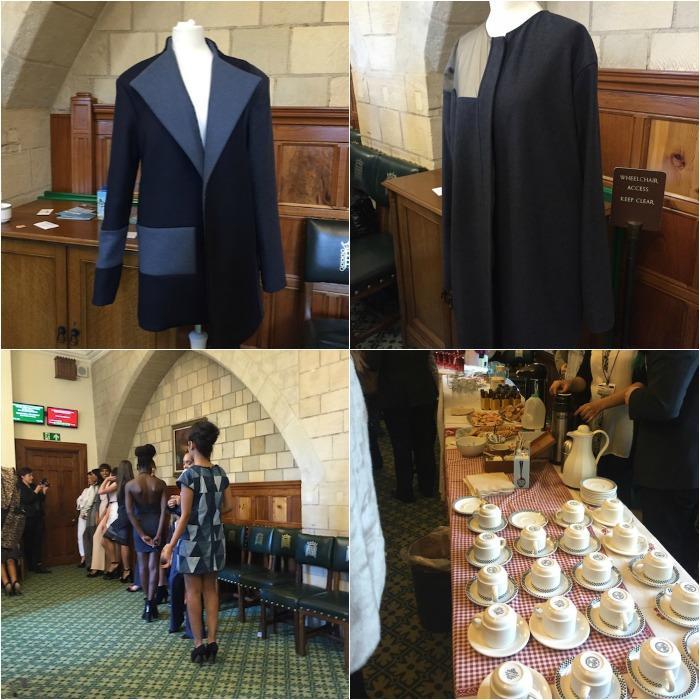 They were displaying a couple of coats from their latest collection. Also there was an area for us to have some tea or coffee and also some snacks. It was perfect to go around and do some networking. 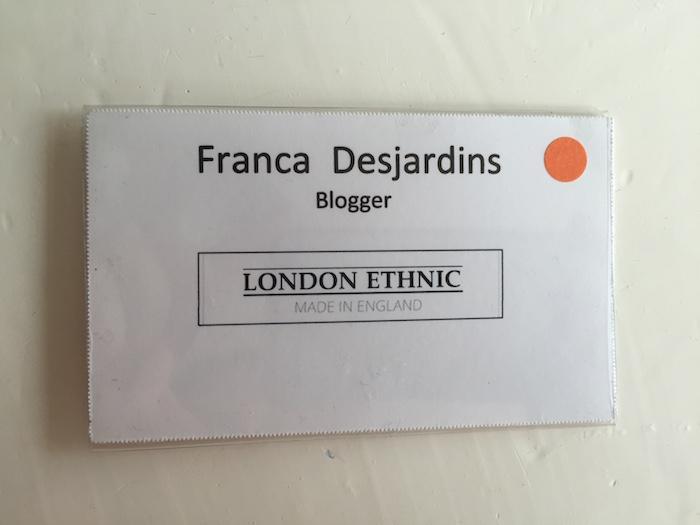 This is the badge they gave me for the event. I felt incredibly proud when I read my name and underneath it said “Blogger”. I can now definitely say that I’m officially a Blogger! Wow!! Do you agree? 🙂

I made a little video about my experience on that day. Please see below:

Well this was all my thoughts about the day. I hope that you like the post and the video!