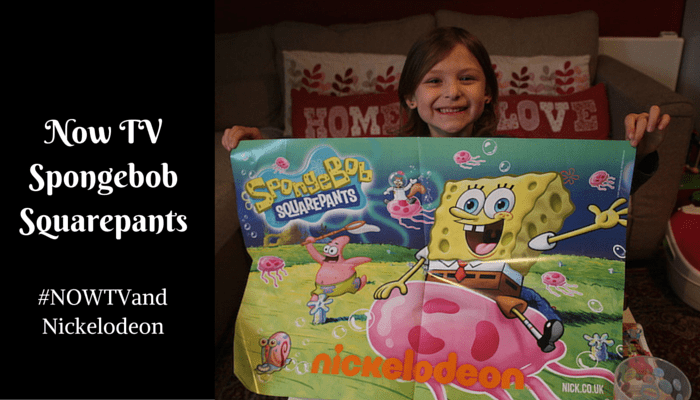 So what do we know about SpongeBob SquarePants? He lives at the bottom of the Pacific Ocean in a pineapple with his pet snail, Gary, in a city called Bikini Bottom. SpongeBob and his best friend Patrick, get up to all sorts and end up in lots of trouble, whether that is upsetting their neighbour Squidward or at SpongeBob’s work at Krusty Krabs. 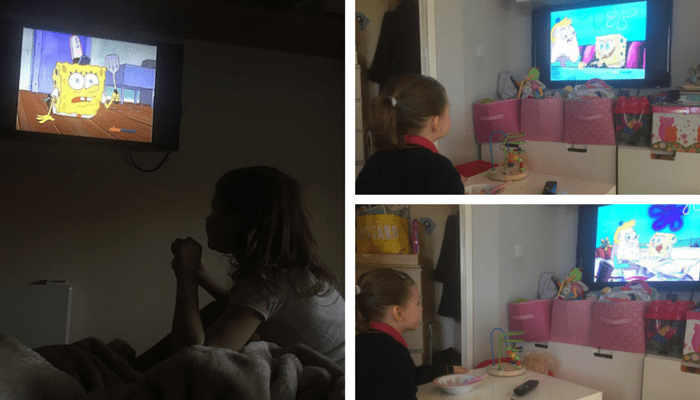 Since Bella watched the movie, now she is very keen to watch all the episodes. You can see from the above photos that she has been watching it a lot lately. Even whilst having her breakfast before she leaves for school! She is now obsessed with the little yellow fellow!! LOL 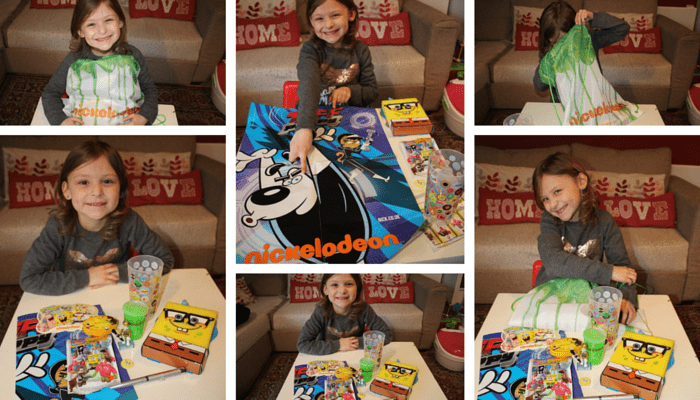 The lovely people at NOW TV and Nickelodeon sent a SpongeBob goodie back to get my girls in the mood to watch it during the Easter holidays. We got some posters, SpongeBob Megablox figures, badges, a cup, a pen, soundbox, a SpongeBob SquarePants bath sponge and more. 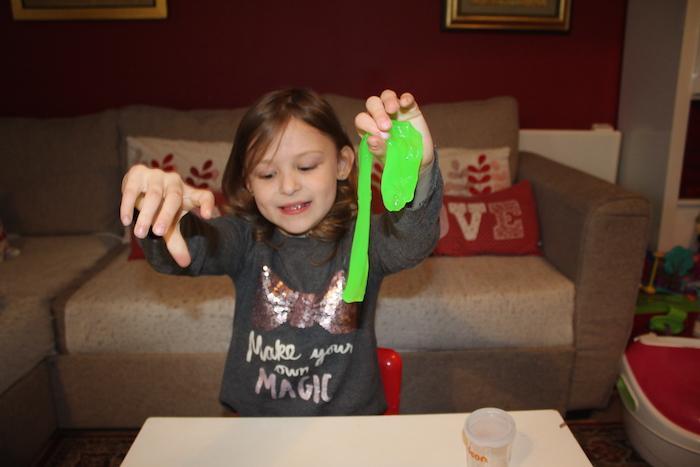 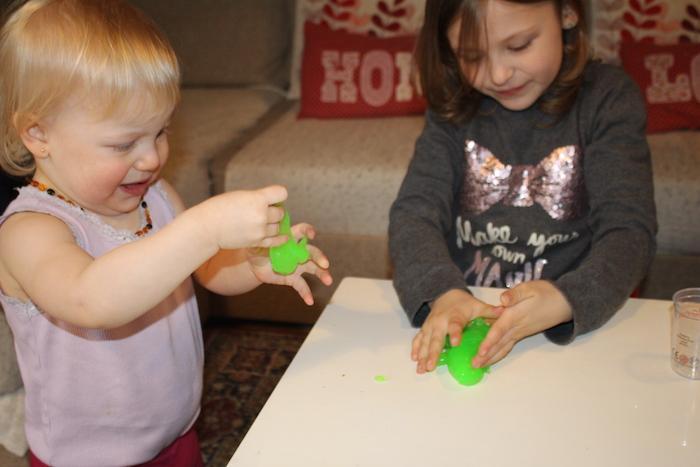 We also got a green slime that was a hit at home. As soon as Bella saw that she was so keen to play with it. Even little Sienna wanted to be involved. The problem was that then this green slime ended up in all my bedding from my bedroom!! Grrr it was so annoying!! What can I say though, they had so much fun! 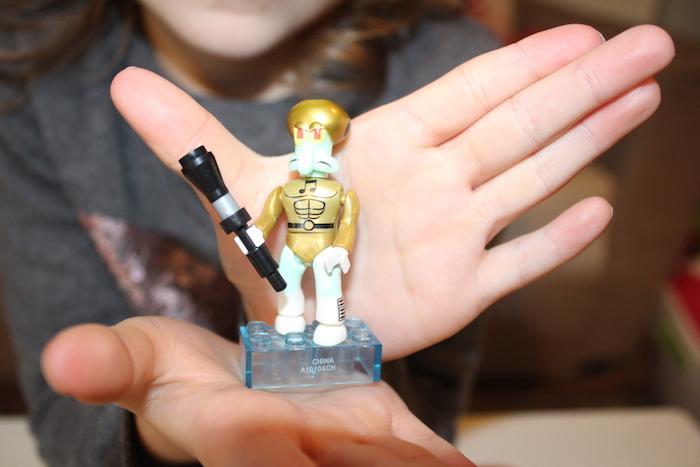 The Megablox figures where very fun to build and then play. I love watching Bella so concentrate trying to build it. It was so cute!! 🙂

For those that don’t know about Now TV,  you can turn your TV into a smart TV with the amazing little NOW TV Box. The NOW TV Box is a great way for you to get Sky Movies, Sky Sports and Sky Entertainment on your TV at home, with no contract. The main attraction is that it is much more affordable in comparison to other TV satellite and cable subscription services with no commitment.

We love NOW TV because it is the best way of accessing kids programs for your children as you can watch the episodes on demand as and when you want. Also, you can watch is on many devices not just through your TV, but on your tablets, or smartphone etc. Perfect for long journeys as well.

There is now an offer for their Entertainment package where you can get a 14 day free trial so if you’d like to try it out don’t waste time and give it a go ASAP! lol

What do you think about Now TV? Have you tried it? Have you or your kids watched SpongeBob before? If yes, do they like it? Leave a comment below as I would love to hear what you think.

*Disclosure: We are part of the NOW TV Blog Squad and this has been written in collaboration with them. This post contains affiliate links.
Thanks for stopping by,