Hola chicos, over the Easter weekend we spent some time with family in the pretty Cotswolds, so we took the opportunity to do a bit of tourism. We decided to visit Toddington Railway station, so we could embark on a Steam Train adventure!

We made a short video about our day which you can see below.

This post is definitely for train lovers! I’m not just talking about kids but adults too!! My father in law has an engineering background and is obsessed with trains. He can watch TV shows about trains all day long! He is probably now reading this and thinking, ‘Oh dear what is she talking about now?’, LOL. The truth is that he does love trains and I think he was the happiest of all of us that day. We took 3 children with us but in reality we had 4 – 3 little kids and 1 big kid! He knew all about the mechanics of how a steam train works and in terms of how they run (coal is burned which heats water, which makes its pistons move in and out, which in turn powers the train to make it move along). It was certainly an interesting trip for all of us!! 😉 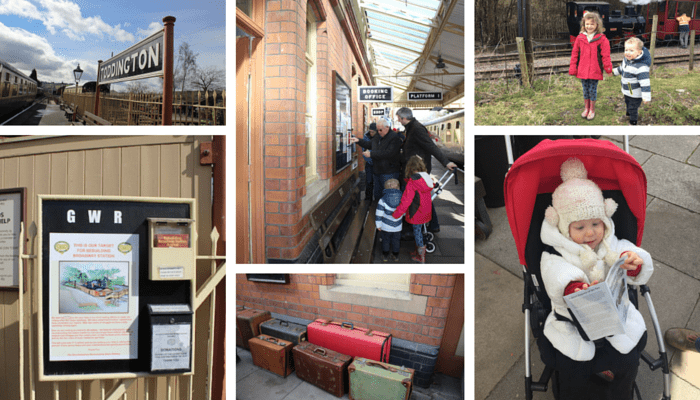 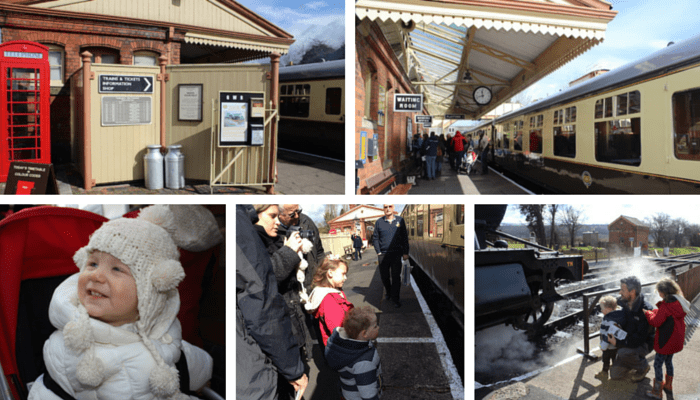 We started at Toddington railway station which is a really nice station. You feel like you have been transported to the 1940’s as it is maintained to reflect that period. This included several old pieces of luggage that were placed on the platform as well as an old weighing scale which gave it an added authenticity and was fun to see that. The train conductors and staff running the trains and stations were all dressed up in appropriate uniforms too. I felt like I was in an episode of Chugginton on Cbeebies, LOL! 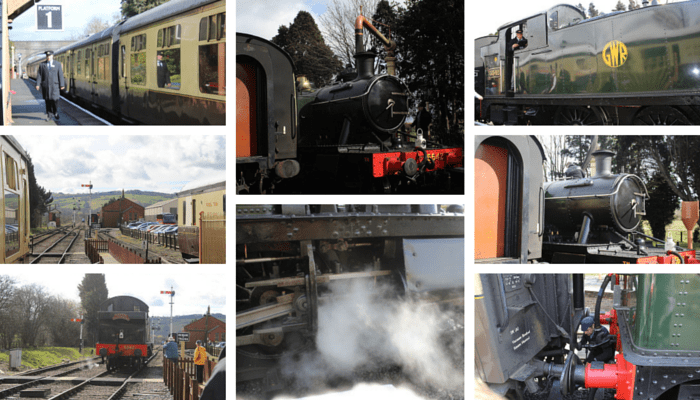 We then saw how they were filling the first engine with lots of water. They were doing this refill and then the first engine was moved to the other end of the carriages to start a new journey. I thought this was very interesting!! 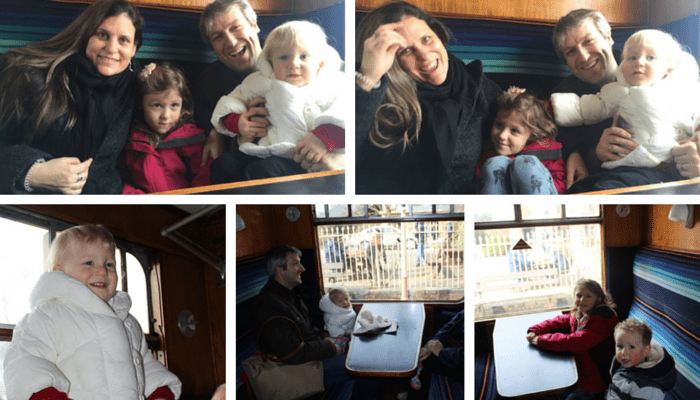 Next we got inside the train! It was awesome. I felt like we were on one of the trains from Harry Potter! I loved it, the experience was amazing. The view was spectacular too! We were very lucky because it was a sunny day so which made it even better!! 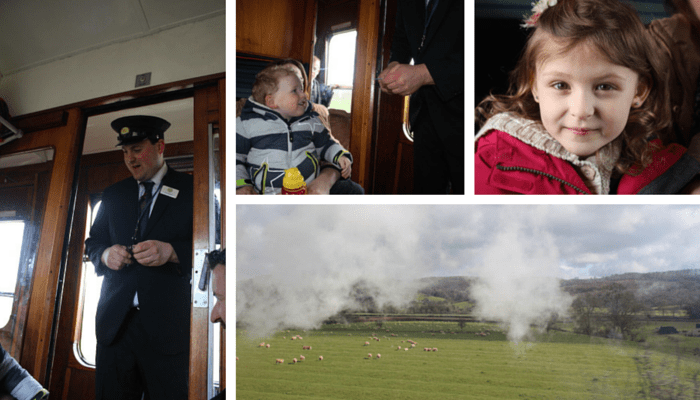 There was even a formal train conductor who came to check and punch our tickets. This reminded me of the conductor played by Tom Hanks in The Polar Express movie, punching a hole in all the children’s tickets, lol. 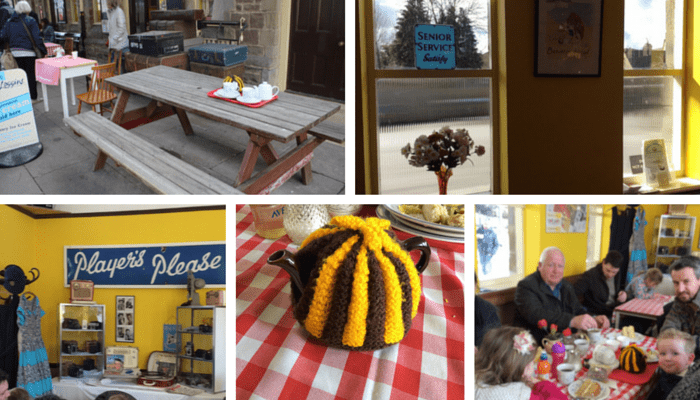 We took a single stop at Winchcombe station where we had some lunch in the station cafe. Like Toddington station, it was also maintained with a period look so it really was an old style cafe, but they had some lovely sandwiches and cakes. 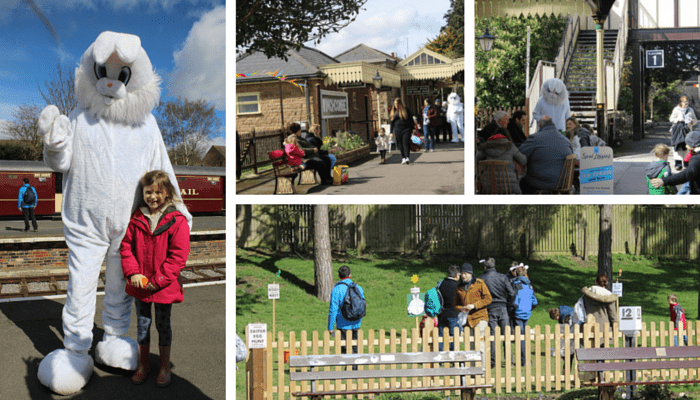 After lunch, we got the next train towards Cheltenham Station. When we arrived it was sunnier than ever. They had a lot of activities for kids and we even said hello to the Easter Bunny. Bella now loves having her photo taken with people dressed up in character but Sienna gets intimidated.  I think they are a little bit scary for her. I know she will grow out of that at some point because Bella used to be like that too! 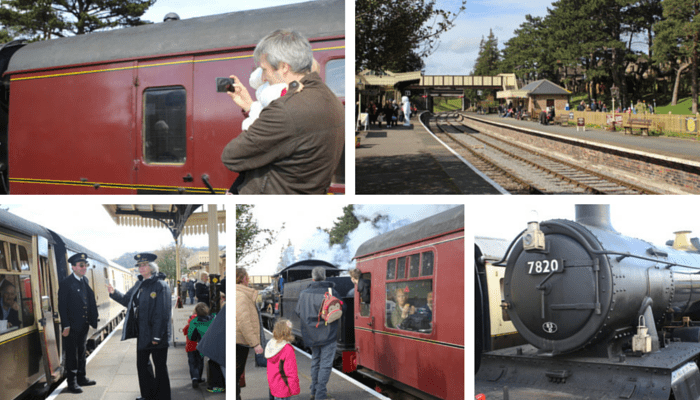 We had a look at some of the displays that were in some dedicated cabins at the end of the platform which told you more about the line. After this, we got the next train to arrive.

It was a great day out and I thoroughly recommend it. Children may also be interested in the Thomas the Tank Engine days that are also run a couple of times a year – check out the GWR website for more details about this.

Have you been on a steam train before? Would this be something different that you might like to try for a family day out? Leave me a comment because I would love to read what you think.