Lately, Bella just loves playing with my hair, her sister’s hair, and even daddy’s hair. I’m not sure what it is that she loves so much but she can be hours brushing my hair and trying to do plaits. I must admit that at the beginning I was not happy about her pulling my hair but then I felt very relaxed after my hair is being brushed. However there are moments that I can’t have my hair done so when I found that we were going to receive a Troll’s Poppy Styling Head from Just Play to review I was really happy for Bella because I knew she would absolutely love it. She will be able to style Poppy’s hair at any time. 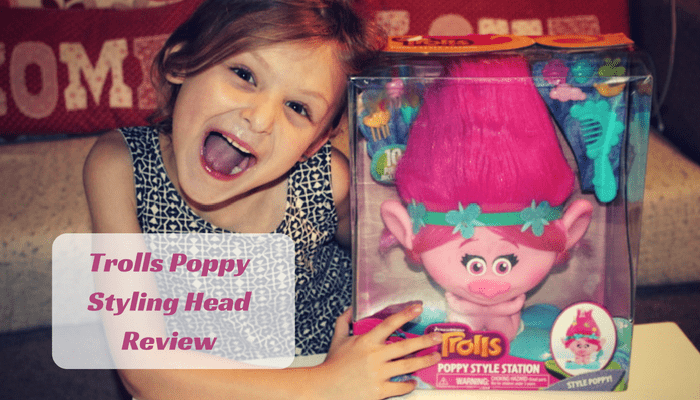 I remembered the Trolls from when I was young and all those playing sessions with my friends. It was great to hear that they are now back with a stellar-studded animation film from DreamWorks which will be released this October! To celebrate the release of Trolls the Movie, Just Play is launching a range of hair play and dress up toys based on the hairy characters. 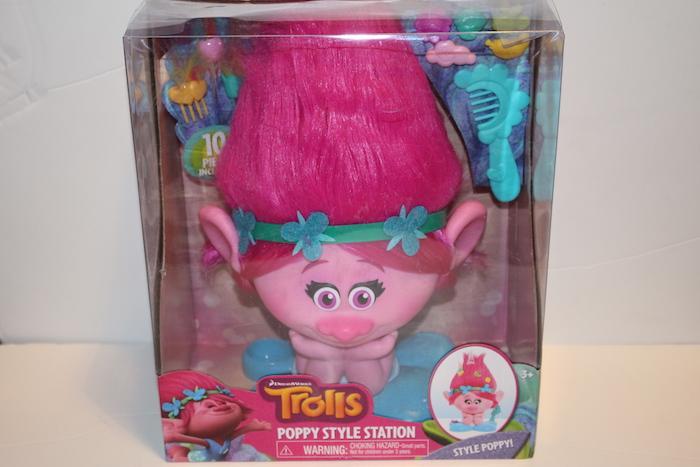 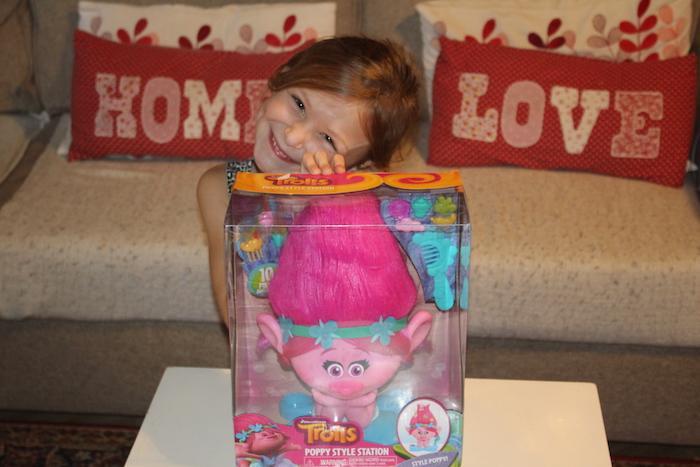 As soon as Bella saw the box she was super excited to open it. This was for sure the perfect toy for her at the moment. The colours definitely caught her attention. 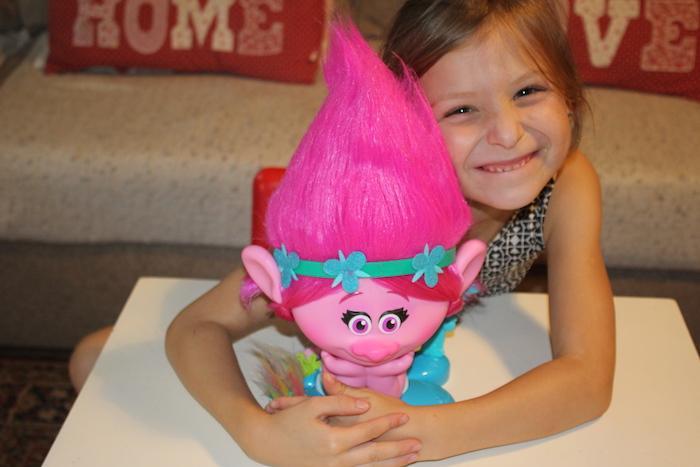 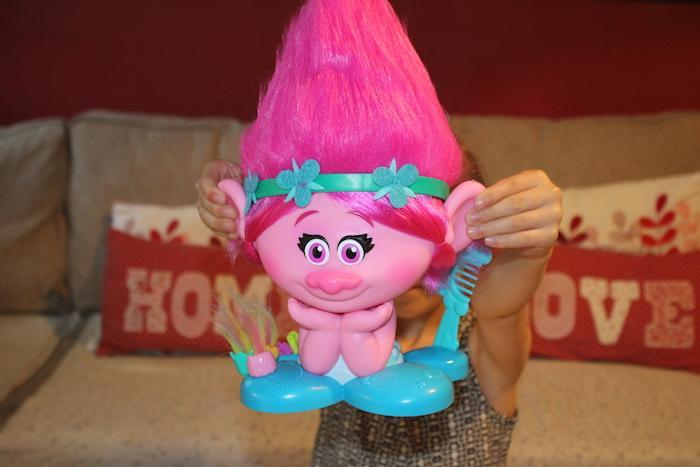 The biggest characteristic of these Trolls are their notorious and colourful hair, so being a troll is all about the hair and Just Play’s hair play collection will ensure that lots of laughs ensue as children create wild and wacky hairstyles for Poppy. 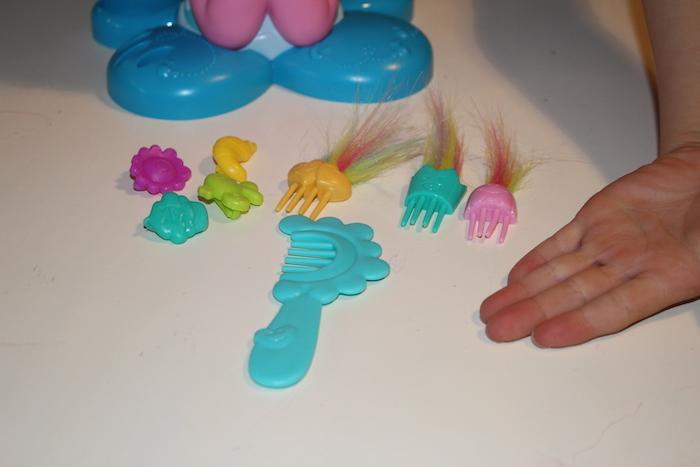 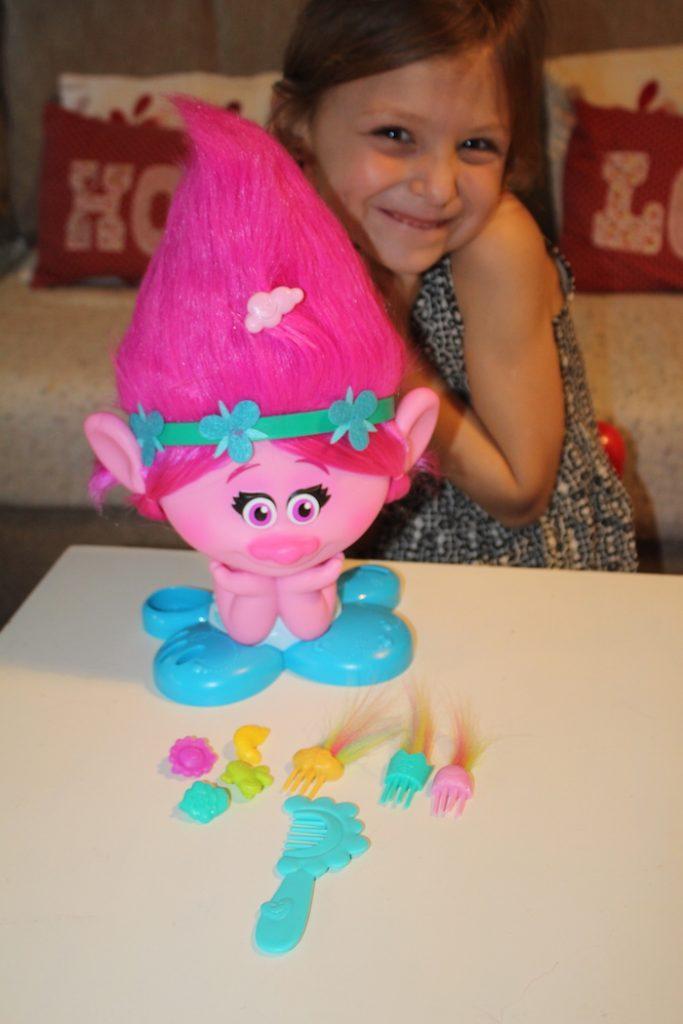 The Poppy Styling Head retails at £24.99 RRP and it it is suitable for children aged 4 years and onwards. She comes with a base which works as a storage for her comb, five slides and three colourful and hairy combs which will help Bella to style Poppy. 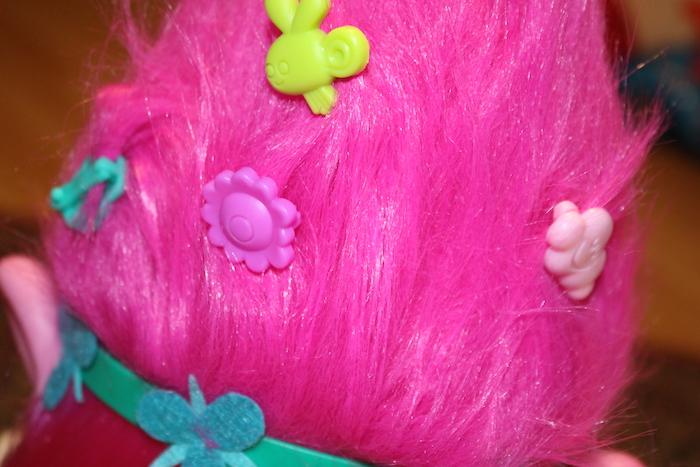 Poppy is perfect for budding hairdressers to get creative using the hairbrush, hair clips, and the accessories included to fashion the ultimate Trolls hairstyle. 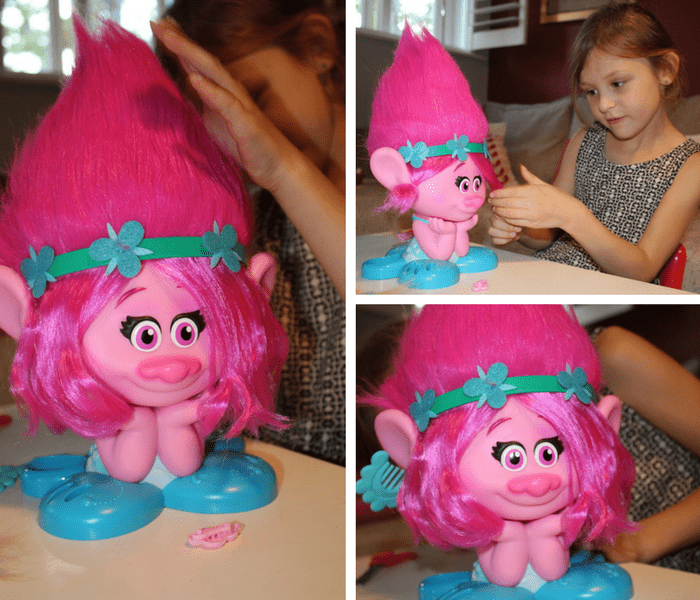 Bella really spent a long time styling and playing with Poppy. It was just the perfect present for her. She carefully put all the hair accessories on Poppy’s hair. She was really entertained. It was great to see that after playing she had a place to put all the accessories as that means that they will be all in one place and tidy in her bedroom. 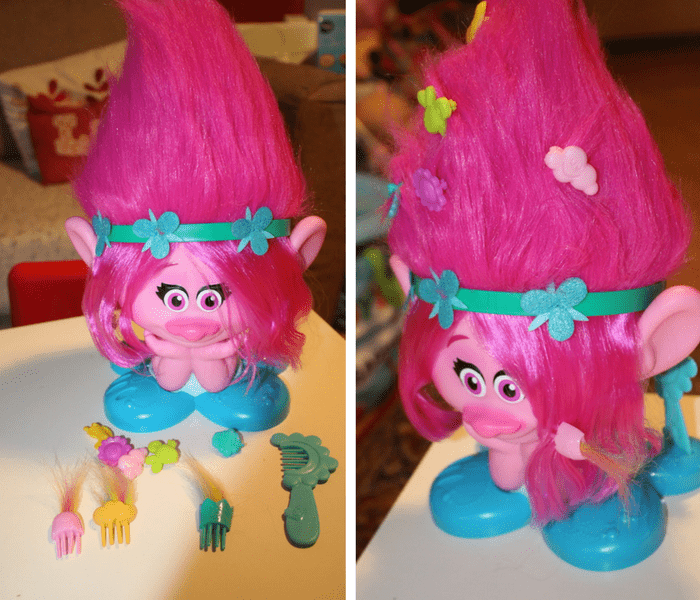 This styling head is a traditional play pattern of a styling head but mixed with recognisable characters to bring it up to date. Bella was delighted to know that there are more items in the range from Just Play including dressing up costumes and wigs and playsets. 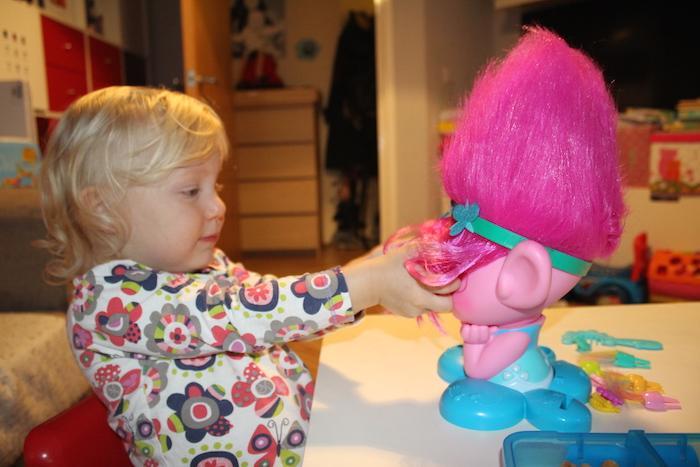 Even little Sienna was so excited to play with this set as soon as she arrived home from nursery. Because Sienna is only 2 years old she needed supervision at all times when playing with the head styling set so I was there making sure she wouldn’t swallow any of the little hair pieces.

I can see now that this set is going to be a toy that will be around for the upcoming months. It seems to be great entertainment for them.

Do you remember the Trolls? What do you think of this Troll’s Poppy Styling Head? Will this be something that might entertain your kids? Leave a comment below as I would love to hear from you.

*Disclaimer: we received the Troll’s Poppy Styling Head for the purpose of this review. However, all thoughts and opinions are my own.