This is a guest post written by Rachel from Children of Wanderlust called “What To Do When You Find Out You’re Pregnant Abroad”. If you have been in this situation too, perhaps this post would be an interesting read for you.  If you would like to know more about Rachel, please scroll down to the bottom of this post where you can find her details, under “About the Author“. 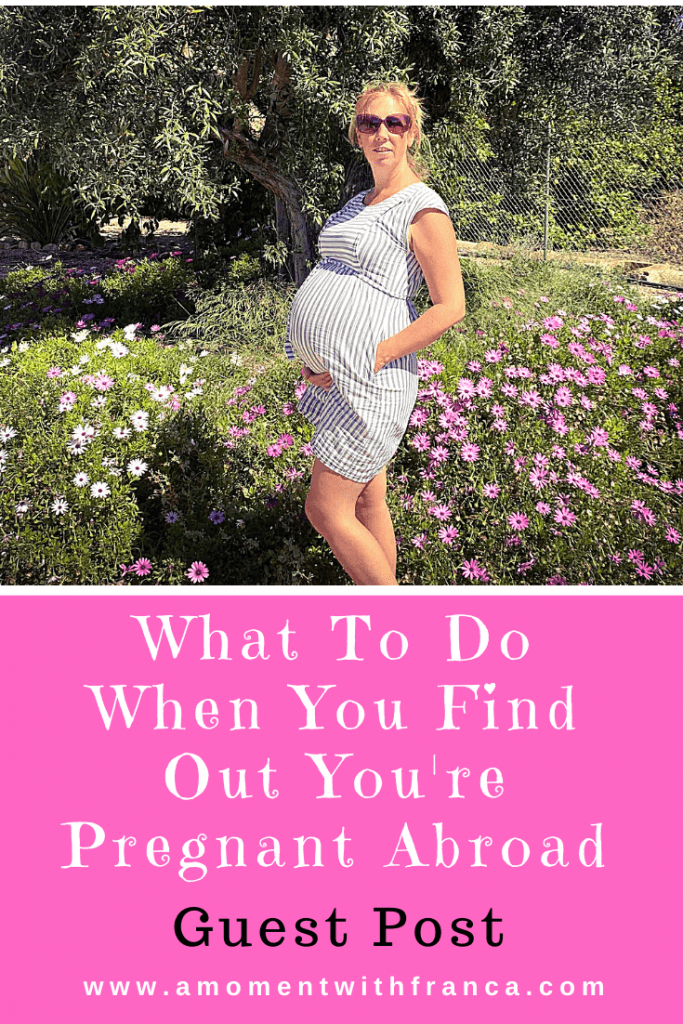 The surprise of finding out that you’re pregnant while living a life on the road has the potential to be a confusing and worrying experience. There are suddenly a whole load of things to have to consider. Add to that the restrictions on movement brought about by a global pandemic, and the picture is complicated still further! Having had to deal with both of these exact scenarios over the course of the past 9 months, I thought I’d share some of my experiences…

While pregnant with our third child, we decided that we would take a sabbatical for a year, following on from maternity leave. We planned to embark on an epic adventure to travel around Europe with our 3 young children in our motorhome. We were already owners of a beloved 1991 classic Hymer motorhome, experiencing a number of family adventures in it already in the past, such as touring Italy with our 1O month old and then Scandinavia with a 2 yr and 10 months old a couple of years later. We’ve also used it for numerous weekends and festivals back home in the U.K.

Although we were hardly novices at travelling in a motorhome with children, we still had a lot to organise before we could embark on such a big adventure. There are always a lot of things to consider before full-time travelling.

Becoming pregnant while away, thus making our adventures even crazier, was never a part of the plan! While not a complete surprise (I am aware of how you get pregnant!), it still came as a bit of a shock. Initially, I was quite worried, with my anxiety levels through the roof. 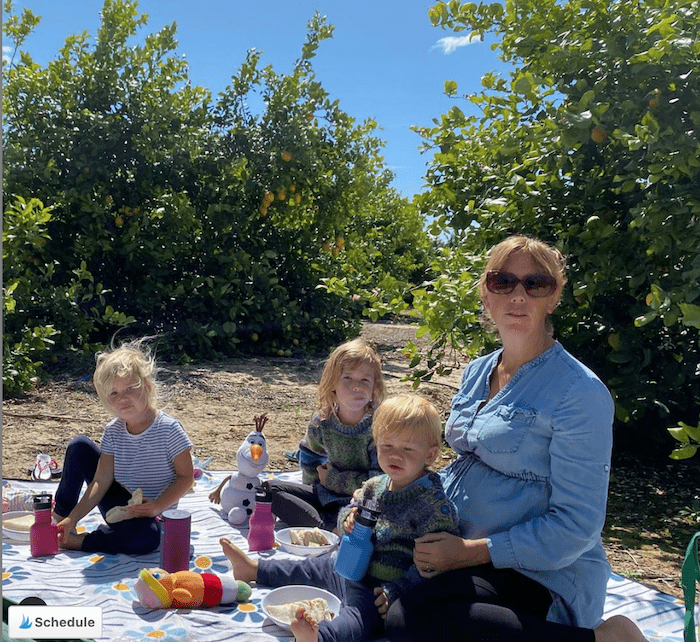 “Where are we going to live?”

We were living full-time in a van touring Europe when we found out, and had planned to do so until August 2020. The baby was due in June/July. So, this meant we’d have to find somewhere to live in the U.K. for a few months, while also cutting short our travel plans and missing out on some of the areas I really wanted to visit, like some of Eastern Europe and the Balkans.

“Where am I going to give birth?”

My thinking went something like “The U.K. sounds the most likely answer to this. But then we have no house. I have access to a house in Spain. So maybe going there to have the baby is an option?”

Again, this was just as confusing. I was thinking “If I go home we won’t have jobs. And I’ll have a mortgage to pay with no income. Oh god, will I even have my job to return to? What are my maternity rights? Do I have any?”.

It’s safe to say this all added to my anxiety, resulting in quite a few sleepless nights. What were we thinking? Had we just ruined our year of travel? Our plans would surely have to change.
Fortunately, my husband has it in him to be amazing and is always a rock. Whenever I have a wobble (like when we were getting close to leaving for our year of adventure and there was still so much to organise), he always manages to be a calming influence on me. He simply said, “we’ll be fine”.

Fortunately, it turns out we’ll be in a pretty similar situation for the upcoming year as we have been for this. My job is being kept open for me, which was a relief. The upside is that it means that once the dust settles, we’ll hopefully be free to continue with our travels from where we left off!

I have to say though, that even at this point (39 weeks in), I still can’t quite believe that we have a fourth baby due in a week. It’s all so surreal!! 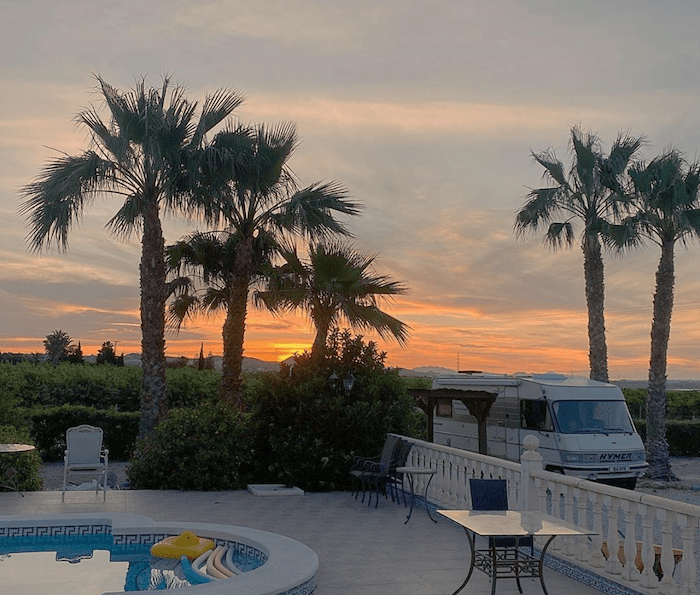 Our home in Spain

In the end, our plans have had to change many times anyway over the course of the pregnancy, especially with the ongoing Covid-19 pandemic. Despite the restrictions of a strict Spanish lock-down, I had still hoped to return to the U.K. for the birth. We’d decided we could live at my mother-in-law’s for a few months, before returning back to live here in Spain for a while. We wanted to then be able to continue onwards with our travels. I had already returned to the U.K. for scans on two occasions prior to the lock-down and had registered with the U.K. midwife.

However, having stayed here now for the duration (fortunate to have a family house that we’ve been able to use), I’ve completely changed my mind and decided to remain here to give birth instead. Gratefully, due to the exceptional circumstances, the Spanish healthcare system has allowed me to do this.

It’s been a strange pregnancy in many ways and I’m extremely grateful that this wasn’t my first, what with all the changes and uncertainty I’ve had to contend with. Fortunately, I’m pleased to report that I’ve had no complications either. So hopefully, very soon, our family of 5 will be becoming a new unit of 6!