I never thought I would find myself writing about McDonald’s but I must admit that sometimes it is a convenient restaurant to go to for a quick, easy meal when you are out and about. My girls love it so it is a perfect option sometimes. What you probably didn’t know was that they have had quite a magnificent evolution through all these years and what they are offering now is a totally different experience. 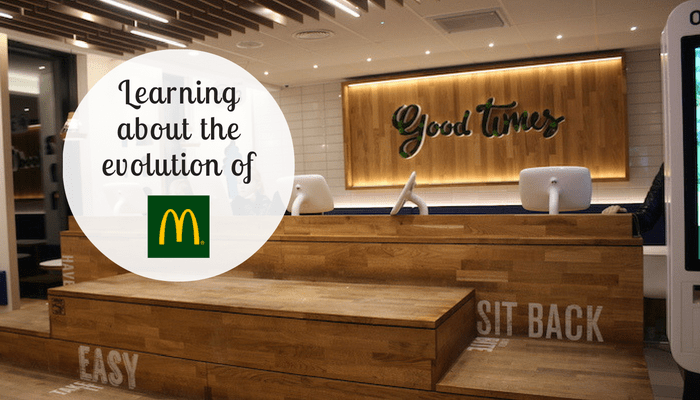 I was invited to one of their newest restaurants in Aylesford, Kent where, along two other bloggers, I was able to learn about McDonald’s and how they have improved their service and food over the years. We were all parents so we were all very interested to hear about it. We were also given a guided tour of the whole restaurant including an exclusive behind-the-scenes look at the kitchen which I was really very interested to see in person, and also to see how their whole process of preparing and serving food works. 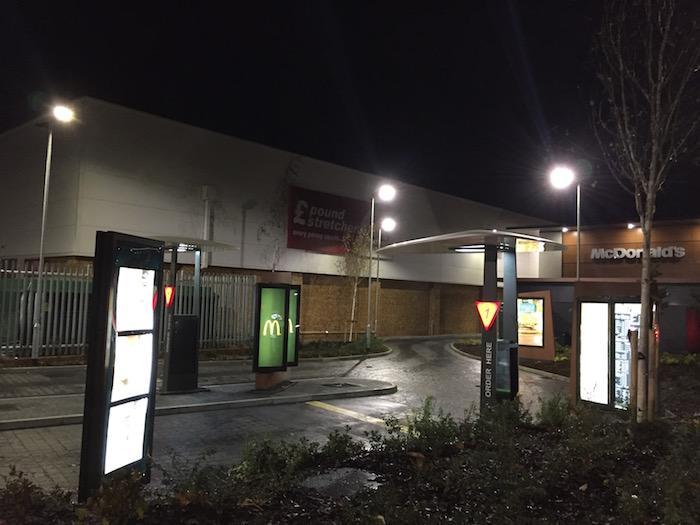 Arriving on the day, after travelling to Aylesford from London, I was impressed by how big and new the building was. It had two floors with lots of tables spread around different zones. It looks really amazing. I was greeted by all the team and taken upstairs to have a little chat about McDonald’s before we had a guided tour of their installations. I’m not going to lie, I was very excited, LOL!

All the people involved in this process from the operations consultant, restaurant manager, head of the kitchen, the people helping in the kitchen and the people serving and helping their customers were all lovely. You could tell that all the staff had a lot of passion and enthusiasm. There was a nice atmosphere for sure.

McDonald’s is currently in the middle of a big expansion. They seem to be opening new restaurants with all their new features of the restaurant evolution everywhere. I was interested to hear what they have done and what their plans were for the future. They have made lots of changes which they are calling, “The Experience of the Future”. 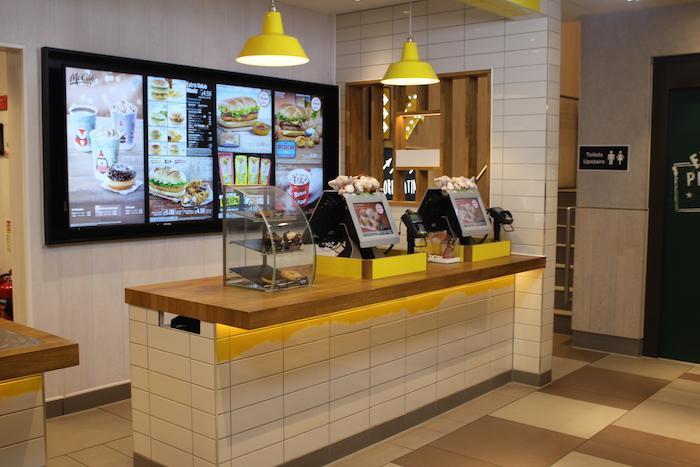 One of the things that the Area Manager said that stuck in my head was about the support the staff constantly receive from the company. Apparently, everyone who works at McDonald’s has the opportunity to gain a wide range of nationally recognised qualifications. They like to employ people who have the ability to stand out from the crowd and deliver great customer service. They hire people based on their qualities, not their qualifications.

McDonald’s is one of the largest employers of young people and a job at McDonald’s is often the first step into the world of work. Their people progress quickly and stay with them because they offer flexible, rewarding work with a tried and tested career ladder. They also launched a Foundation Degree in 2010. 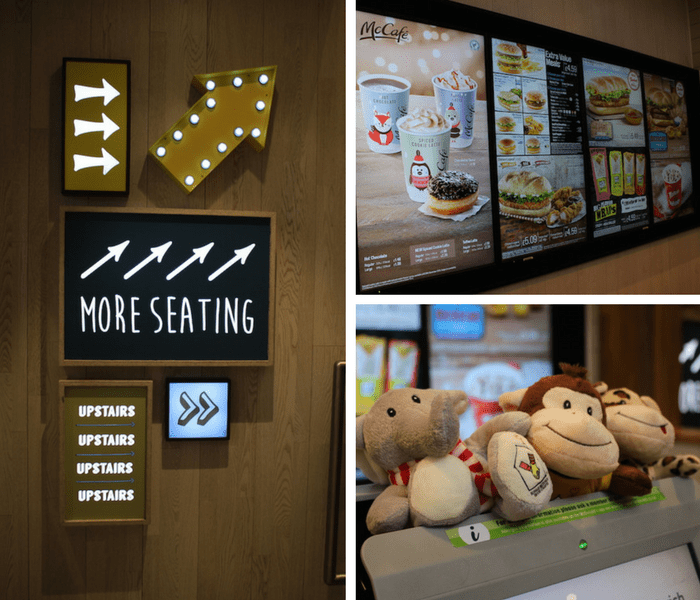 I was really impressed to see so many young people happily working there. Apparently, one-third of the people who join McDonald’s who are aged 16 or 17, remain with them for five years to pursue a career. Another interesting fact was that 9 out of 10 of their restaurant managers started out as restaurant crew behind the counter or in the kitchen. The person who was giving us the talk, the franchise supervisor, was one of them as he started like that too. His experience was an example of what you can achieve with the support of McDonald’s. 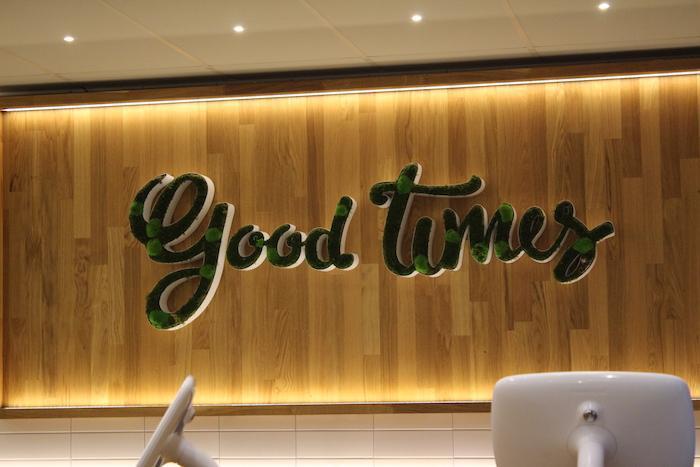 This was one of the most interesting features. They have changed the whole look of the restaurant so now it is really modern with a futuristic look. We were taken to one of their self-service kiosks to see how they work. You can see these kiosks all around the restaurant, making it easy for you to place an order. You no longer have to queue meaning the tills have been reduced to two as you can pretty much do everything on your own. 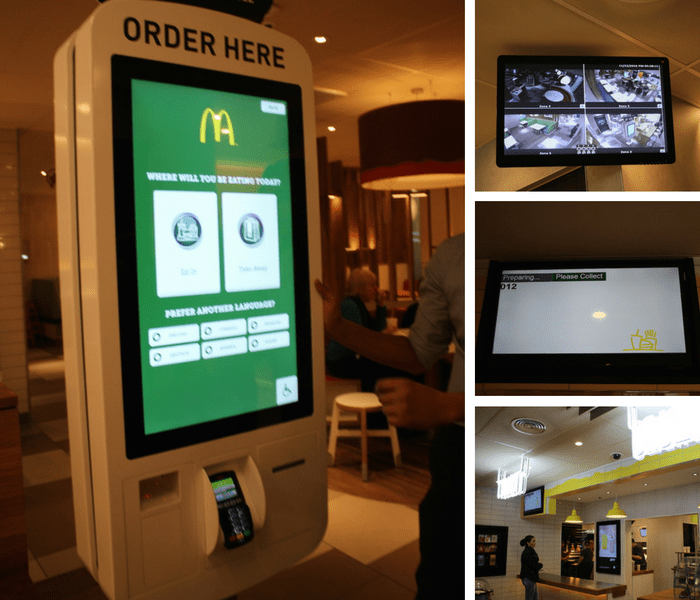 I have seen these kiosks before and I remembered Nick using them already but I have not done it myself so I was interested to see how they work. We were told that you can customise your child’s happy meals. It is very easy to use. For example, you can change the fries for some fruit, etc. I love this idea. You also have the option to make your meal how you want it. So, for me, I don’t like pickles so I can take them out if I want. If you are in a wheelchair, you can make the screen work just at the bottom so disabled people can reach and order too. I thought this was very thoughtful. When you make your order from the kiosk you can specify which zone of the restaurant you are in. This is a really good feature too. They have different zones with some which are more suitable for babies, others are more for older kids and there are quiet zones for adults too. 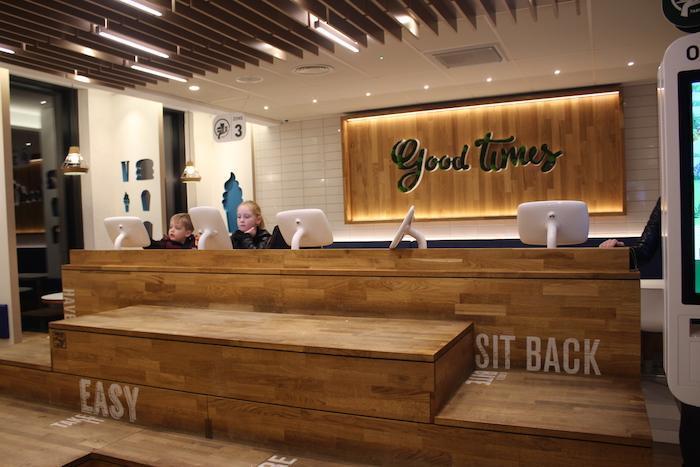 There are also tablets available for customers to use. This is a fun feature as kids can also play with them. When I was there I was able to see a few kids having a lot of fun using the tablets. I thought this was a great idea. It gives some peace to tired parents as their kids can eat what they choose and play what they want while all the family is having dinner.

After placing your order it goes straight to the kitchen where it will then be freshly prepared for you. The food will be made quickly regardless of the fact that it is being made fresh as they have some amazing equipment in their kitchen to achieve this (I will be talking about this next). With your order you are given a number where you can wait to be called and pick it up yourself or even better, you can wait to be served at your table. Fantastic right?

They also have free wifi which works pretty well. I can confirm this as it’s the first thing I tried when I arrived. I always think that providing free wifi to customers is a win as its something that people really appreciate. People can go to McDonald’s for a quick meal and catch up online without worry of data plans. I love this as a parent too as the tablets my kids can only use wifi so its great for them too!

Another feature is that they now have chargers on the tables for your mobile so you can top-up whilst there. The ones I saw were not working but they said they would be replacing them with new ones soon. It’s certainly a great idea as I’m always carrying around a travel charger but if more restaurants and public places have chargers it will save me having to carry mine everywhere, LOL.

This particular McDonald’s also had a play area for kids. This was actually outside which can be difficult when its cold but they told me that a lot of restaurants have the play area inside, so I will be looking out for those! 😉

BEHIND THE SCENES OF THE KITCHEN

Part of the tour was to see their kitchen. Before we did this we were taken to their staff room to see where all staff have a little break between shifts. They have their own lockers and also access to charger points for their mobiles. There was also a computer on one side and tablets to use on the table. 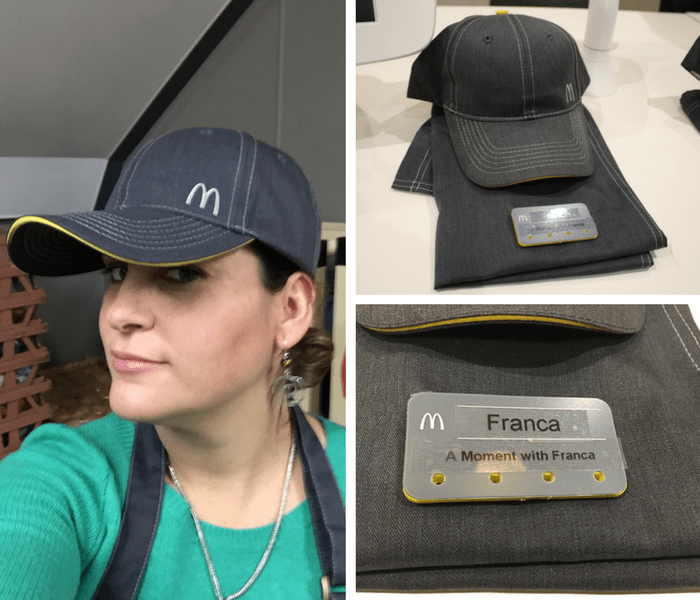 They had a nice surprise in place for us. Yes, they gave us all our own uniforms too! We got a hat, apron and our own badge with our name printed on it. I thought that was a cool gesture! The uniform has also been updated. It is light grey with yellow now.

We then headed to the kitchen. They gave us a hairnet to cover our hairs. We were shown their storage room and fridge/freezer areas (it was really cold there!). They also followed all the hygiene and safety regulations. The staff need to wash their hands regularly and we had to do this too of course. 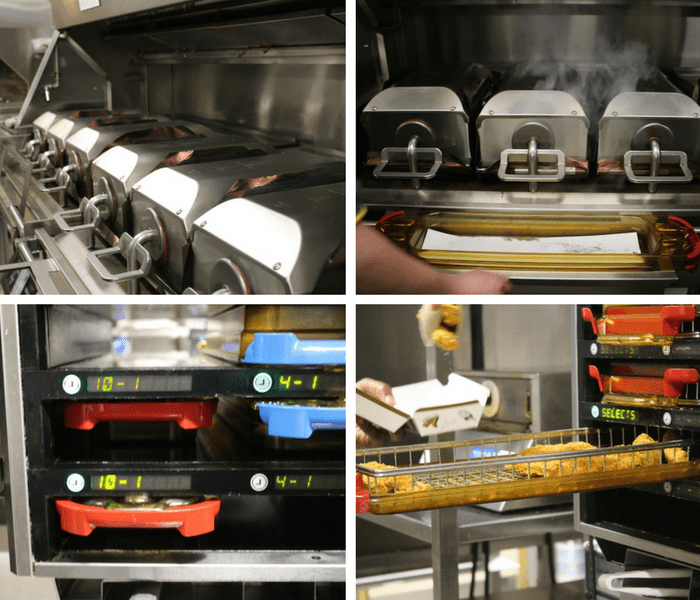 We were told from the start that we were going to learn how to prepare a Big Mac so I was pretty excited about that. First, we were told about the process and how all the equipment works. Everything was impeccable and super organised – a really cool kitchen! Everything was computerised. You could tell that they have the latest technology. I was very impressed.

All the instructions of how their meals are cooked were there and they just needed to follow this. This is really helpful for new staff so anybody was able to prepare their food. Everything is very hot so we needed to be very careful. 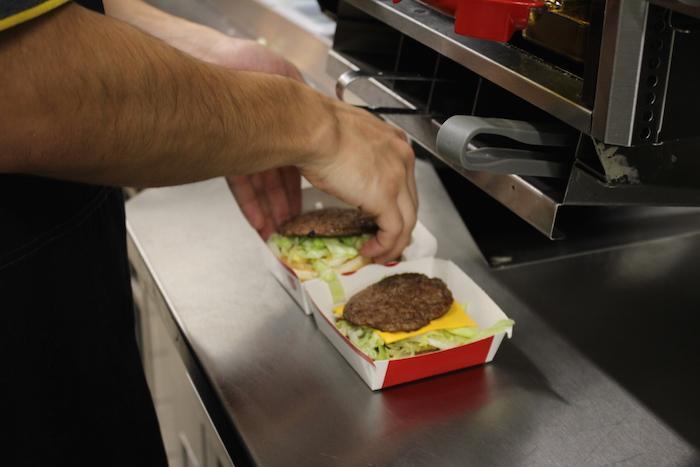 The best part of the night arrived! Yes, we were able to see how they prepare a Big Mac and to then try this ourselves!

When I was watching how they made it, I thought it was really fast and easy to do. When my turned arrived, however, it wasn’t that easy! I kept forgetting the ingredients! Also, I thought I was quick but apparently I was very slow, LOL! I’m not sure if they would actually hire me at all, haha!

You can see a video of me preparing my Big Mac below:

What do you think of my Big Mac? It was really fun! I really loved having the opportunity to learn more about McDonald’s and seeing all the changes and new features they are implementing. I like that they are doing a lot for the environment and also that they do a lot to help their staff grow. I like the idea of the ‘Restaurant of the Future’.

They gave us our burgers with some fries and a drink. I saved mine for Nick who said it was delicious (Yay!) – I asked for a chicken wrap which was amazing! 🙂

I was also told that McDonald’s have launched a new burger range: The Signature Collection. This is a bigger burger, which costs more but apparently is delicious. I have not tried one yet but I really want to. It will be a totally different experience I know!

Have you visited one of the new McDonald’s restaurants? Did you know about all their latest features? What do you think of their self-service kiosks? And the option to be served at your table and be able to customise your meals? Please leave a comment below as I would love to hear what you think.

*Disclosure: sponsored post but all the thoughts are my own.