We have all been inundated for years with Harry Potter books and movies. I don’t think there is anyone around the world that doesn’t know who Harry, Ron and Hermione are? Of course, all of you know them because they are the main characters of the fantastic Harry Potter stories. JK Rowling is the author of Harry Potter books and she was inspired by different locations in London when she wrote her books and of course these locations where used when they filmed the movies. Because of that Muggle Tours has created an original and fun tour where you can go around London following Harry, Ron and Hermione’s magical footsteps and explore film locations. 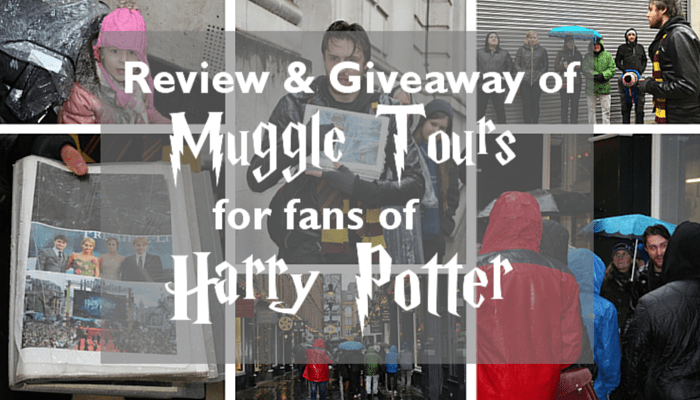 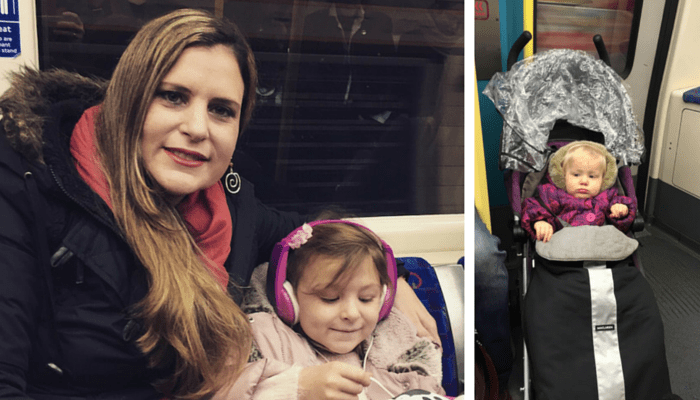 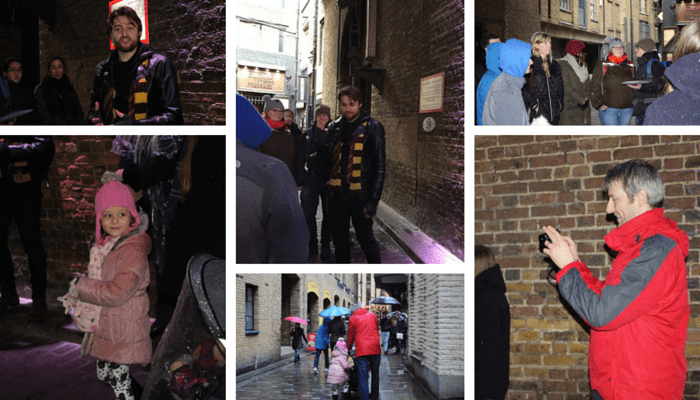 We were so excited when we were invited to review this tour as my daughter Bella loves Harry Potter and she has watched all 8 movies!! She is a super fan!! Of course Nick & I also love Harry Potter so this was a great opportunity.

The tour lasts 2.5 hours and the starting point is in Borough Market near London Bridge tube station. It ends not far from  Leicester Square tube station. The tour costs £12 for adults and £10 for kids under 11 years old. 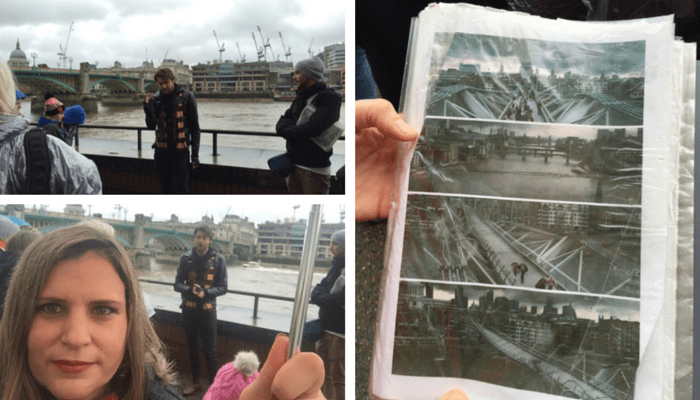 The interesting part of this tour is that it covers a lot of very well known sightseeing areas in London which are part of a typical tour of London for tourists but through the eyes of Harry Potter. I hope this makes sense. This is actually amazing if you are a tourist and at the same time a Harry Potter fan. No wonder this tour is the No.1 Harry Potter walking tour in London. In fact some people from our group were Americans and they were so excited about seeing some London Landmarks and at the same time finding out about Harry Potter filming locations. 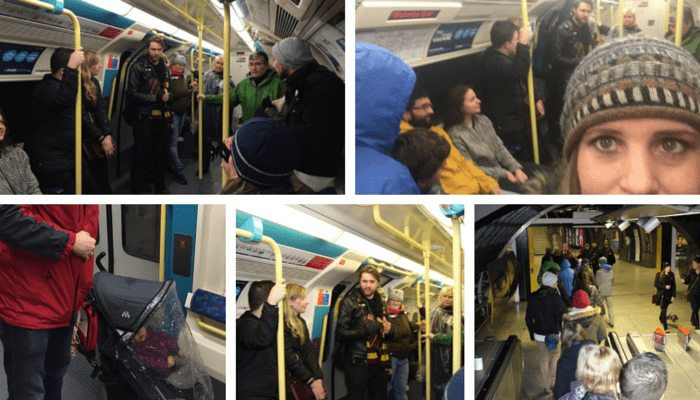 We booked our tour for a Sunday but when the day arrived it didn’t start well because we struggled in the morning to be ready on time so we actually arrived to London Bridge 20 minutes late and to make matters worse we got the worst rainy day ever! Of course, what I was thinking? London in January? You can imagine how our day was: it almost felt like a storm. It didn’t stop raining all day with some really heavy showers!! How unlucky were we? However, when we finally managed to catch up with the group, our amazing tour guide Joseph, who was the most enthusiastic tour guide that I have ever met before, turned this terribly dark, cold and wet day into a sunny, warm and dry day!! I know this sounds silly, perhaps wizard-like even, but he was so good at this role that I literally forgot on so many occasions how freezing cold and wet I was, LOL!! If on a day like this we managed to enjoy this tour I can only imagine what it could be like on a normal day!! You will have a blast!! 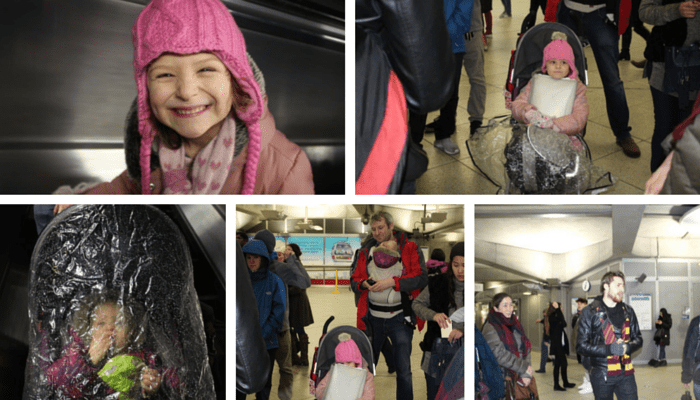 Joseph didn’t even know that we were there to review the tour and he was already kind since the moment we arrived so that tells me that the service and the tour guides for this tour really love Harry Potter and enjoy their job a lot. He told us an interesting fact which was that apparently when JK Rowling was having conversations with one of the movies director’s, he hadn’t even read the book so Emma Watson was the one who actually told him the whole story. She in fact wrote an essay for him so he was aware of the story!! I though this was a very interesting fact. I won’t tell you all the facts that he told me, only a couple, otherwise you then won’t find it interesting anymore. You will have to go and find it out by yourself! 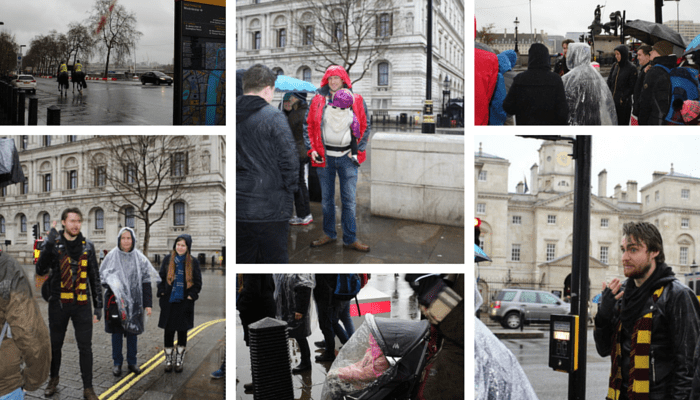 The second and last interesting fact I will tell you is that when we went from Southwark to Westminster using the tube, we had to go back to London Bridge and then to Westminster Station. When we arrived we were told that there was a great film location through the doors of the exit and entrance to the station. Anyway, the interesting fact is that because they wanted the scene to be realistic they wanted to shoot during the day and they therefore had to ask permission to close the whole tube station for a day so they could film the scene!! I thought this was interesting as I would’ve assumed they would’ve filmed it during the night or earlier hours of the day but here you go another interesting fact. 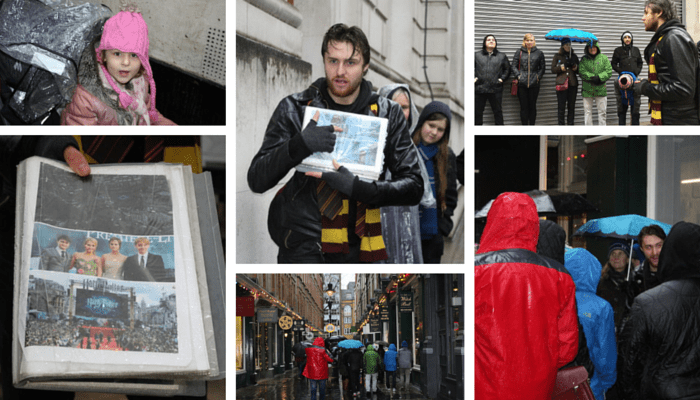 Joseph brought with him a book with photos of the specific scenes of the movies so then when he was showing us the locations we were able to compare the location with the photo stills from the movies. That was interesting. I like that as we were transported back to the Harry Potter story in that way.

I would like to mention that even though they recommend to not bring kids younger than 7, which I kind of agree with, my girls managed the 2 hours but we had to do the following arrangement in order to have them happy. This is just a suggestion if you are in the same situation than us. We had Sienna in a Manduca (she was 16 months at the time of the tour) and she fell asleep happily for 1 1/2 hrs so this was perfect. Bella who is 5 years old, was a little bit tired after walking for 1 hour and also she was cold because of the wonderful weather we had that day lol, so we decided to put Bella in Sienna’s stroller pushchair. After being there, she enjoyed most of the tour but had a bit of a nap, drifting off for a little bit. She then woke up for the end which was an exciting part as we had a little bit of magic, so this arrangement worked very well for us. 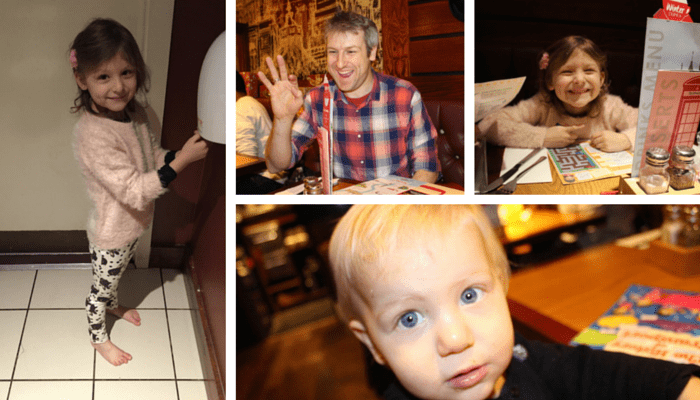 We then went to have some lunch to a nearby Garfunkel so we could get dry, warm and eat something as we were starving, cold and wet!! LOL

These are the highlights of the tour:

PLEASE NOTE: Muggle Tours specified on their website that Platform 9 3/4 is not included on their tour as it’s the easier to find without a guide, in Kings Cross, so they spend the 2.5 hours on the tour to show us the harder to find Harry Potter locations!

Are you a Harry Potter fan? Have you heard of Muggle Tours before? What do you think of this tour? Would like to experience this tour too? Leave a comment below as I would love to hear your opinion.

*Disclaimer: We were kindly given family tickets for this tour in exchange of an honest review. All of this explanation is my honest opinion.

Promoted on Loquax, The Prize Finder & Super Lucky Me