I’m incredibly excited to tell you about the great opportunity that Nick and I received to be invited to the Warner Bros Studio Tour in London near Watford. In celebration of the upcoming 15th anniversary of Harry Potter and the Philosopher’s Stone, the Warner Bros. Studio Tour has now opened the set of number four, Privet Drive for a brief period, from May 27 to June 6.

Nick and I were excited to go to this event because we have talked about visiting the studios for a long time, so it was a dream to be able to attend. The doors to the Dursley’s home (Where Harry Potter first lives with his Uncle and Aunt), at the Warner Bros Studio Tour London, were opened for the first time in May and it will officially be open to the public for this week only. How exciting is that? We were able to see the house where all this amazing adventure started.

We made a sneak peak video showing highlights if our visit which you can see below: 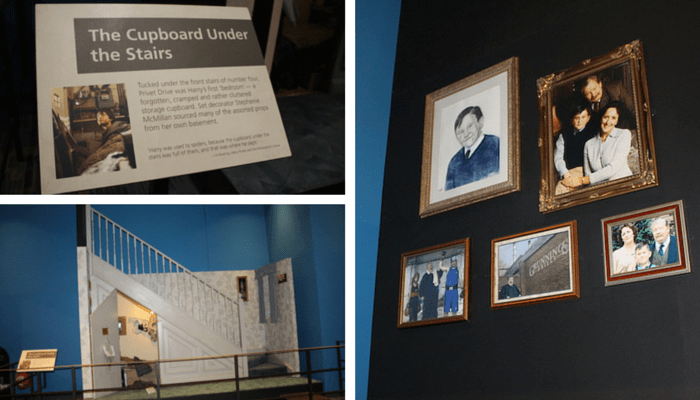 When we arrived we were greeted by the organisers and given some drinks. I was so excited to go around and browse everything. They had a display near the entrance of the Cupboard Under the Stairs in the Dursley’s home where Harry Potter used to sleep. It was very cool! 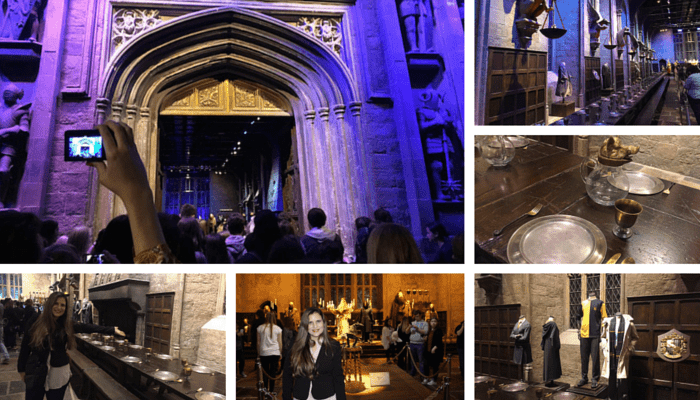 We were all asked to gather in a cinema room to watch a short movie which gave us an introduction and welcome to the tour. After the movie finished we were immediately transported to the doors of the Great Hall, where so many famous scenes were shot. It was magical to see the Hall as the doors opened! It is massive and we were able to see the dinner tables all set up. There were also mannequins displaying the uniforms of various characters. I loved this Hall! 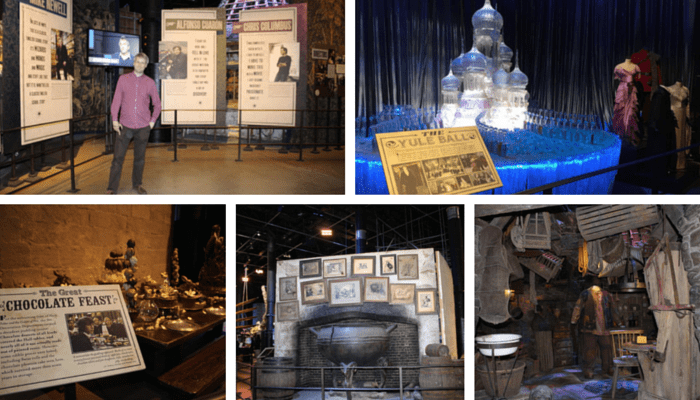 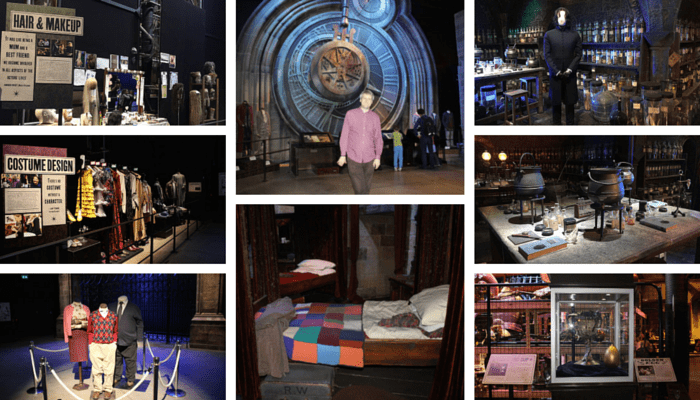 We then moved next door where all the props where on display. This room was huge with lots of little areas showing parts of the various movies, such as the The Yule Ball, The Chocolate Feast, Ron Weasley’s house, The Burrow, the treasures stored in Dumbledore’s office, the Dormitory, the living room, The Science Room, magic props, Hair and Make Up,  Hogwart’s Castle Clock Tower, etc.

We also saw for the first time in the Studio Tour the Dursleys’ costumes which proved to be a rich source of inspiration for Costume Designer Judianna Makovsky. She remembers them being the most fun to dress, creating clothes that appeared out of date and pretentious for Mr and Mrs Dursley, as well as hideous jumpers for young Dudley.

They were also showcasing the equipment that was used to shoot Harry’s Hogwarts letters through the letterbox of number four, Privet Drive. The machine, which was specially created for the film by academy aware winning Special Effects Supervisor John Richardson. You can see this part in my video.

We went to the green screen room where you can have a video taken on a broomstick ride. This was really fun. We had to wear a Gryffindor robes and then fly all the way through London. You can see my video of this below: 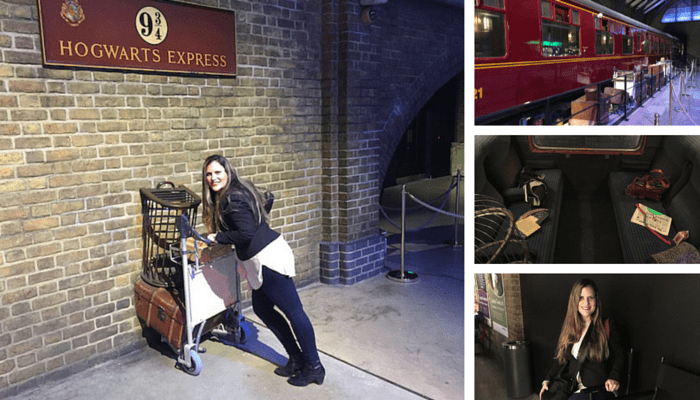 We then went on to Platform 9¾ to see the Hogwarts Express. It is possible to walk through the train and see all the carriages that were set up like they were shown in the movies. They also had the famous trolley with Harry’s luggage and of course I had to have  my picture taken! 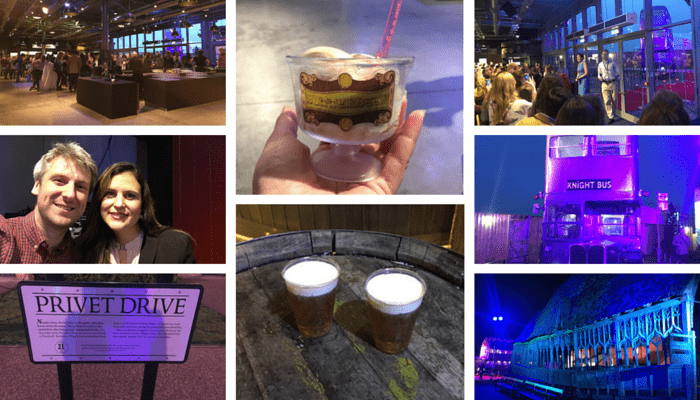 We then walked through to a large cafe area which I think is their main cafe but they had it all set up for the event as it is fronted onto the backlot (where the 4 Privet Drive house is located). There were delicious canapes and drinks for us to enjoy. They were also offering Butterbeer and also Butterbeer Ice cream. I was not a fan of the butterbeer (its a non-alcoholic soft drink with cream that is very sweet) but I loved the Butterbeer Ice Cream. It was delicious! We were able to see the huge knight bus, The Dursley’s family home and the Hogwarts Bridge through the glass windows. We were very excited to be able to see it all in person.

We were then introduced to Fiona Shaw, who played Aunt Petunia in the film franchise, who returned to the set and welcomed all of us to her house. It was a magical moment!

Harry Potter fans will remember number 4, Privet Drive as the Muggle home where Harry spent most of his childhood with his Aunt Petunia, Uncle Vernon and Cousin Dudley. During production, set decorators were tasked with filling the house with quirky pieces of furniture and had lots of fun sourcing the ugliest sofas, worst tiles and most unattractive curtains possible which is on display in the dressed set.

We had the opportunity to walk through the front door and look into the Dursleys’ front room where hundreds of Harry’s Hogwarts letters (created by MinaLima, the graphic designers for all eight Harry Potter film) were suspended in the air as though they’d just flown through the fireplace as they did in the iconic scene from Harry Potter and the Philosopher’s Stone.

The letter that started Harry’s adventure at Hogwarts School of Witchcraft and Wizardry and featured so prominently in the film that an astonishing 10,000 of these envelopes were created for the first Harry Potter film and were even printed on extra lightweight paper so the owls could carry them. This was just AMAZING!

After moving on from the magical backlot area we went to the special effects room. This room is fantastic. You really can see how they did all these effects. You don’t realise how much is put into filming a movie like this until you see the work that goes on behind the cameras. There was also some very scary things. We saw a huge spider (Aragog from the Chamber of Secrets) and of course I had a picture with it! 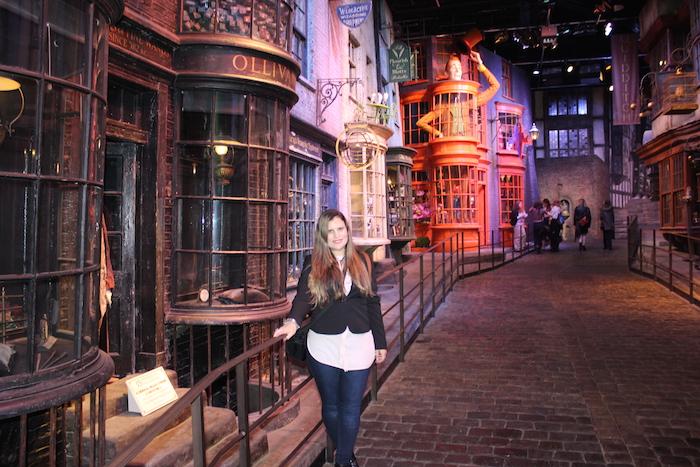 We then went to Diagon Alley. This place was amazing. It looks so real. There were lots of shops but they were closed although the windows looked fantastic! 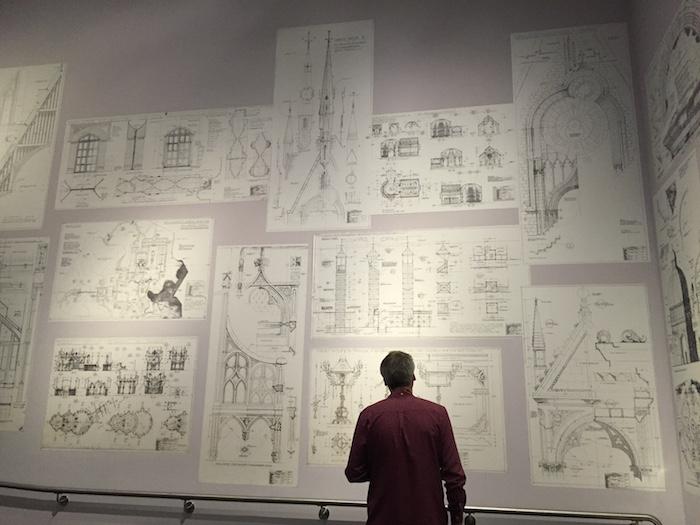 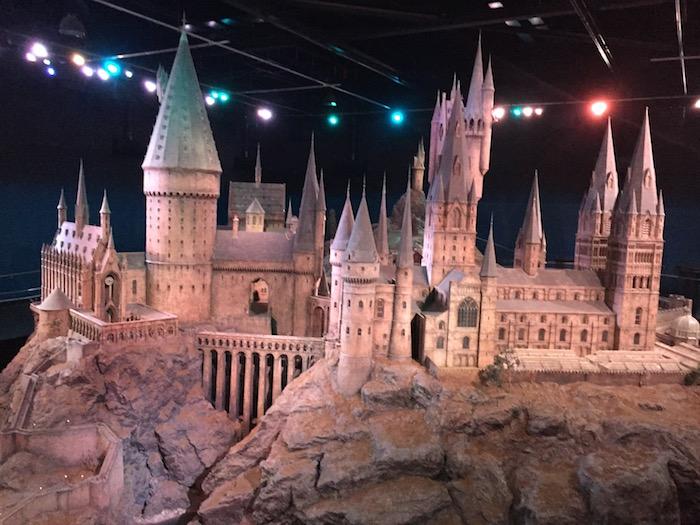 This was the last part of the tour. The model was massive and really impressive. It was just amazing to be able to see it in front of you.

We were so lucky to be invited to this preview event. It was one of the highlights of my blogging year for sure. We were so excited to be one of the first people to get a look inside Number 4 Privet Drive before it opened to the public. 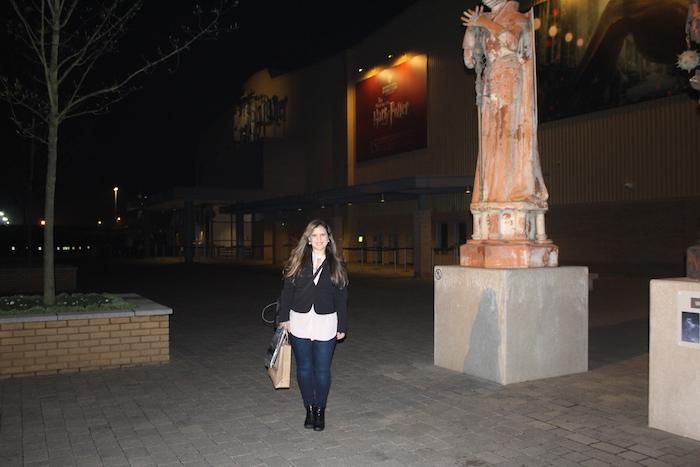 We loved the studios. It is a must for all Harry Potter fans, but even if you are not a fan (who wouldn’t be really? …not many people lol) it is still an amazing experience for everybody.

To purchase tickets please visit the Studio Tour website. The ticket prices are adults £35, children £27 and Family (2+2) £107. Tickets for a specific date and time slot must be pre-booked by calling the Studio Tour’s Visitor Services Team on 0345 084 0900. Please note that you can’t buy them on the door.

Nick and I would like to say a massive thank you to the Warner Bros. Studios for this amazing experience. We will certainly remember it for a long time. Now Nick and I would love to go back with our girls and show them everything! That would be a lovely experience! 🙂

Have you been to the Warner Bros Studio Tour before? Do you plan to go? What do you think of the Dursley’s Home and the Hogwarts acceptance letters? Please leave me a comment as I would love to know what you think.