Are you looking for some ideas for your Christmas gift list? Well, I think you are in the correct place because I have something very cool to definitely put on your list. I am talking about the brand new YELLIES! from Hasbro! If it is made by Hasbro you know it is going to be great! I love Hasbro toys and this one is going to be so much fun for your little ones, although I am not so sure if it will be fun for you! LOL 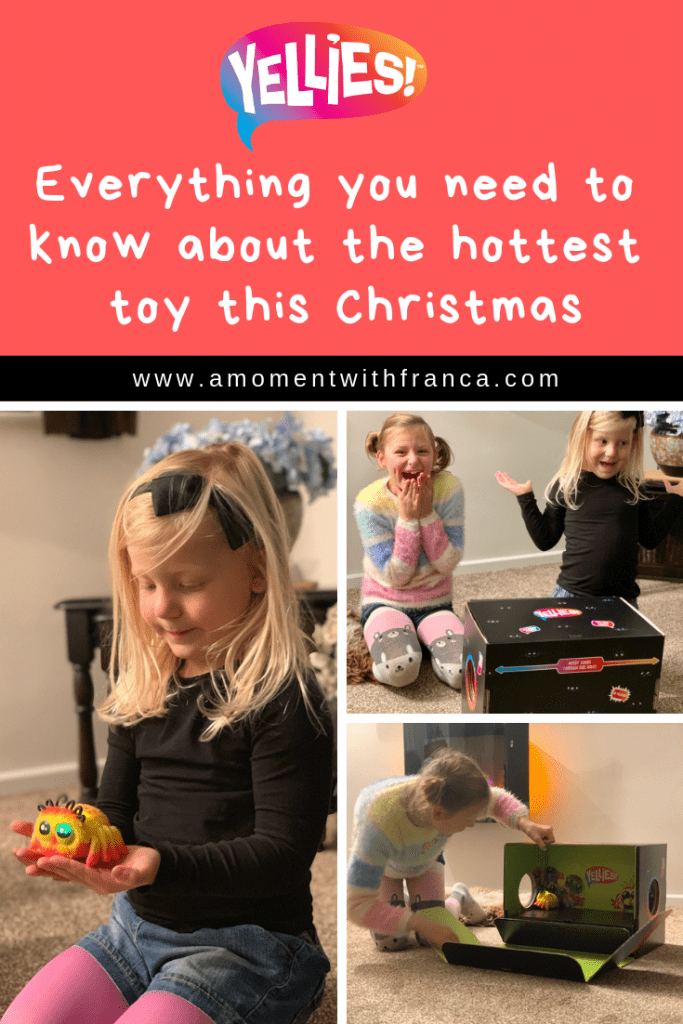 We received a big box and didn’t know what was inside it at first. The idea was for the girls to get their hands inside the big box and try to guess what it was.

When we received the box, my girls were not around. They were staying at their grandparents so I decided to check it anyway in advance so I could feel what it was myself. Then I would do the same for the girls. 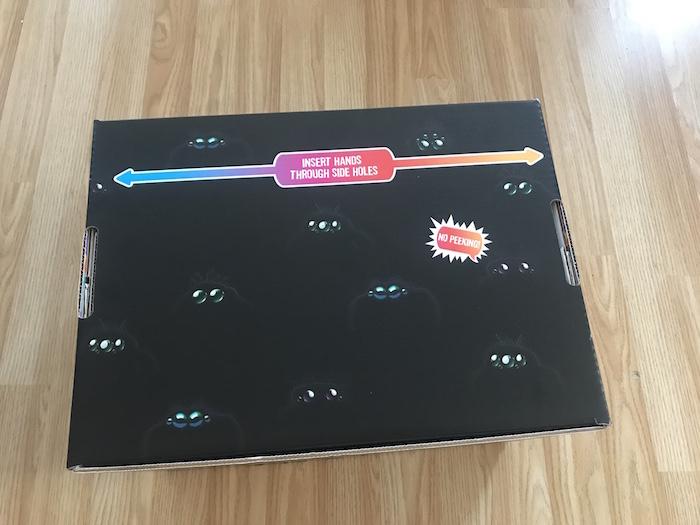 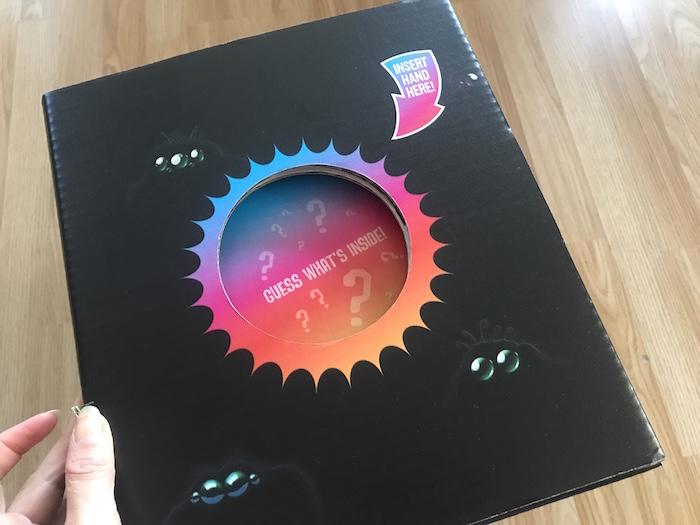 I explored the box and paid attention to what I needed to do. I didn’t hear anything so I put my hands around the 2 holes that were on each side. I could feel another smaller box.

So I then opened the big box and I found a YELLIES! still inside its packaging. I am glad I actually opened it before my girls could get their hands on it as I know they would have been disappointed if the YELLIES! wasn’t working. 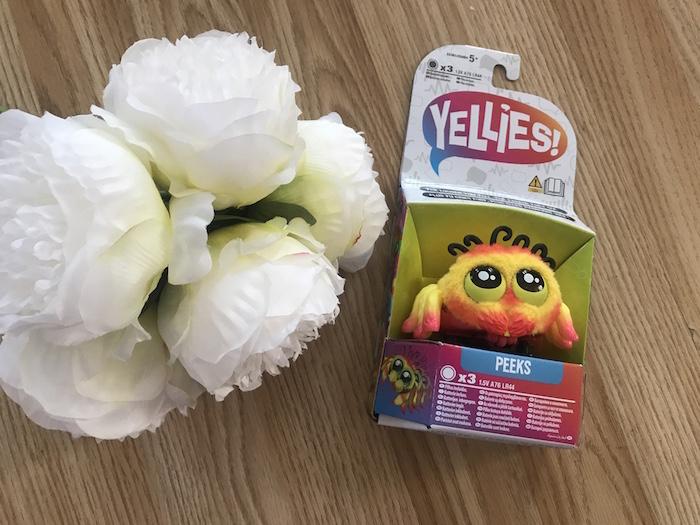 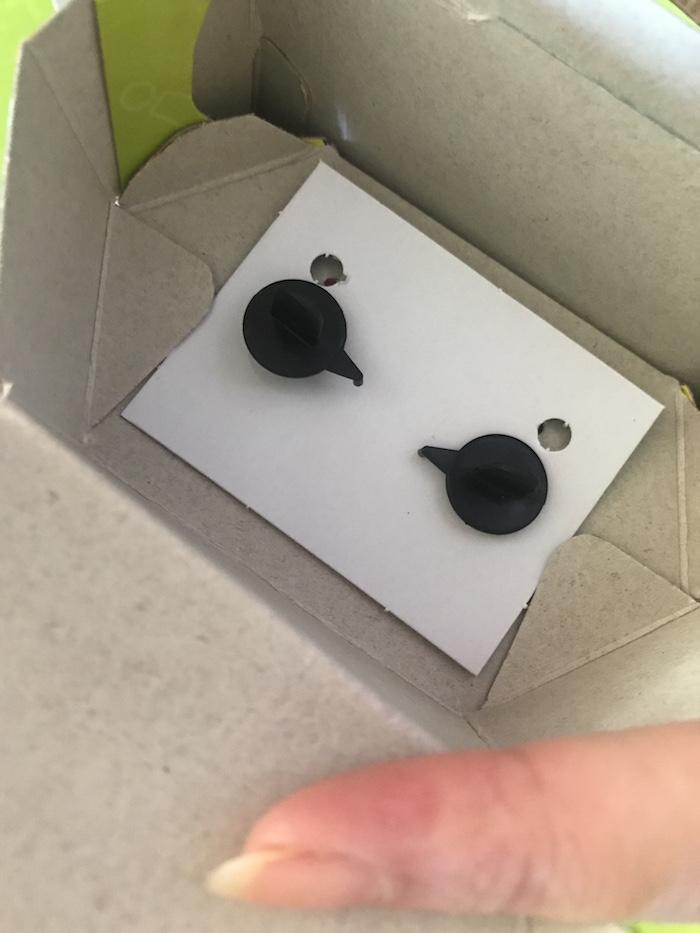 I took the YELLIES! out of the package. It comes with a protector which you have to turn clockwise to release the toy. So I did that and I was then able to see our YELLIES!.

We got Peeks, a cute spider! I am not really a fan of spiders but I must admit this one was rather cute! 😉 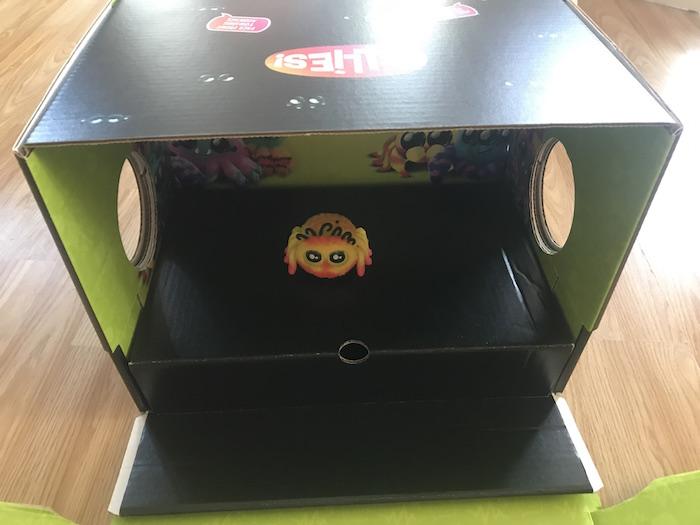 YELLIES! are the cutest, fuzziest pets that respond to your voice. Each YELLIES! pet has its own distinct look and personality and is full of fun surprises. Voice and sound-activated, they respond to talking, yelling, clapping, singing, or even music. The louder you yell, the faster they go.

One of the things that I love about Hasbro toys is that they come with batteries! It’s one less thing to worry and your child will be so excited to be able to play with it straight away. 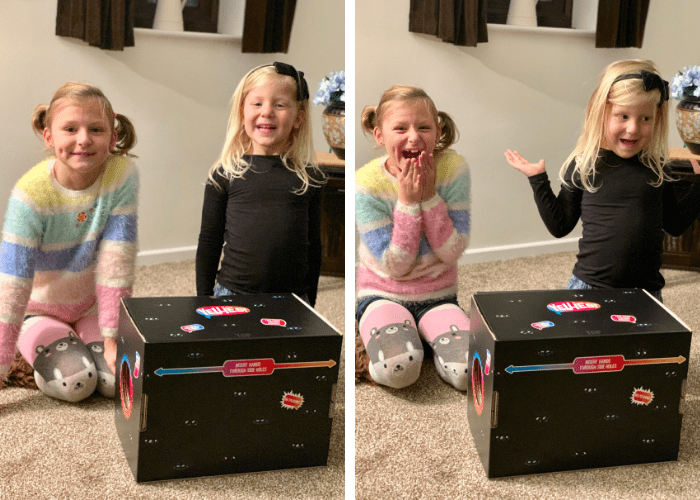 As soon as we arrived, I put the big box in the living room and asked the girls to come. When they arrived and saw the box they were really excited and super curious to find out what was inside. 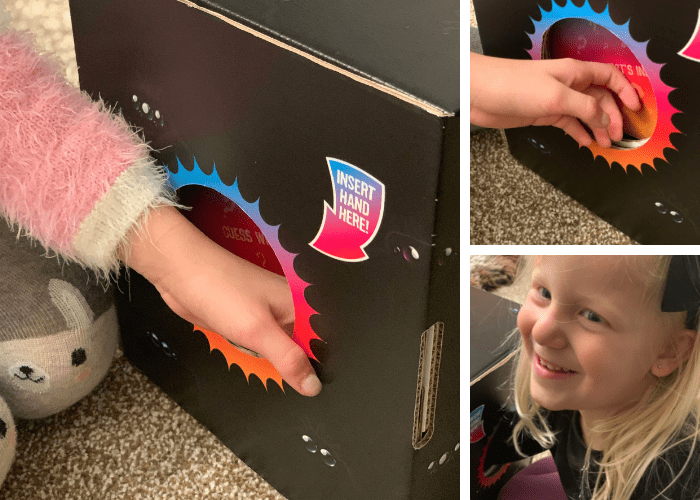 They both explored the box and put their hands inside the holes. They were able to touch Peeks because it was now without its packaging. I also left it with button ON so it was working already. 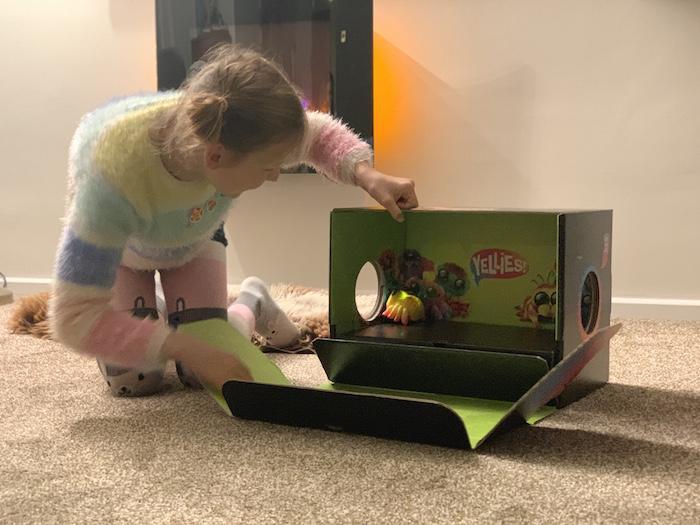 They were able to listen to some noises and movements so they just couldn’t wait longer and opened the box! They were so happy to see this cute spider. Peeks was moving everywhere because he moves after any type of noise. Apparently the louder the better so my girls didn’t have a problem to do that! 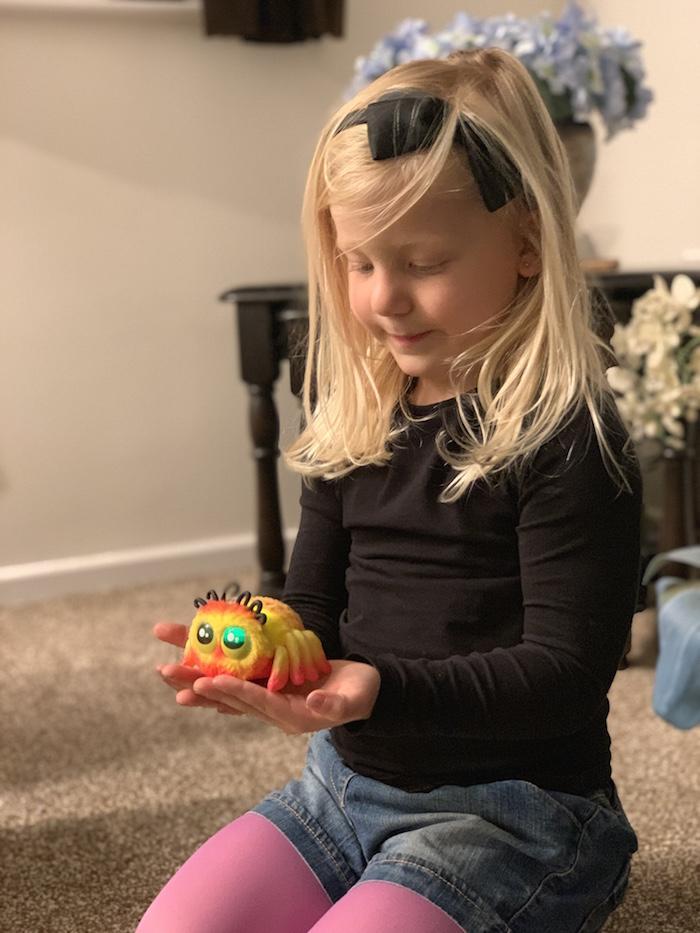 Hasbro has designed 6 different designs. So there will be at least one your kids will love. You can get any of the following YELLIES!. Which one is your favourite?

Each of the 6 different YELLIES! have a specific “personality”, which makes playing with them fun. And they’ll apparently run around together in a group and interact with one another if you put a few in the same room at the same time.

YELLIES! will respond to loud noises but when you speak more softly, they will slow down and scuttle around a little less frantically. If there’s noise, YELLIES! will move from one side of the room to the other. This will definitely keep your kids entertained. 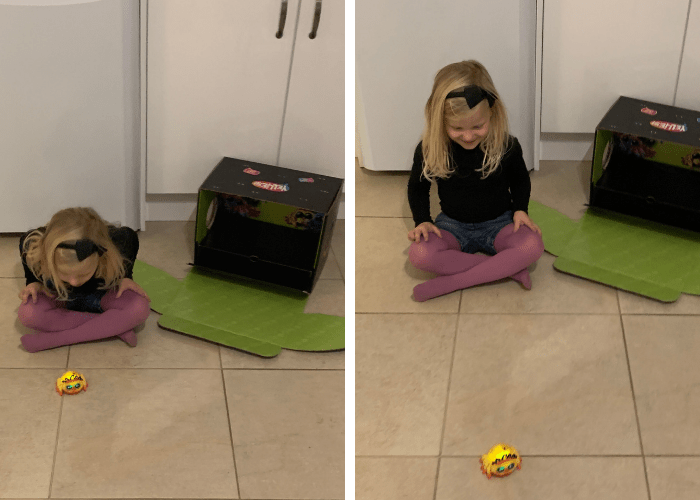 My girls loved playing with Peeks. They were actually arguing at one point because they each wanted their own! If your kids are like my girls, I recommend you to get one each so they can all play happily! Kids love things that respond to noises so I am sure this toy will be at the top of the list for Christmas.

Have you made your Christmas list yet? Will YELLIES!be on there perhaps?

*Disclosure: We received one sample to review at home as part of the Hasbro Toy Tribe. However, all thoughts and opinions are my own. Contain affiliate links.