When my eldest daughter Bella first started nursery I thought that at some point she would get chickenpox. I remembered reading the notice board announcements when a new bout of chickenpox was going through the nursery. I was always hoping that she would not have it because there was always something organised for us to do and I didn’t want our plans to be ruined. For example, a family trip to Peru, Bella’s birthday party or me being pregnant. During the 3 years that Bella was at nursery, she survived 4 breakouts of chicken pox! Can you believe it? I even thought she was perhaps immune or something! 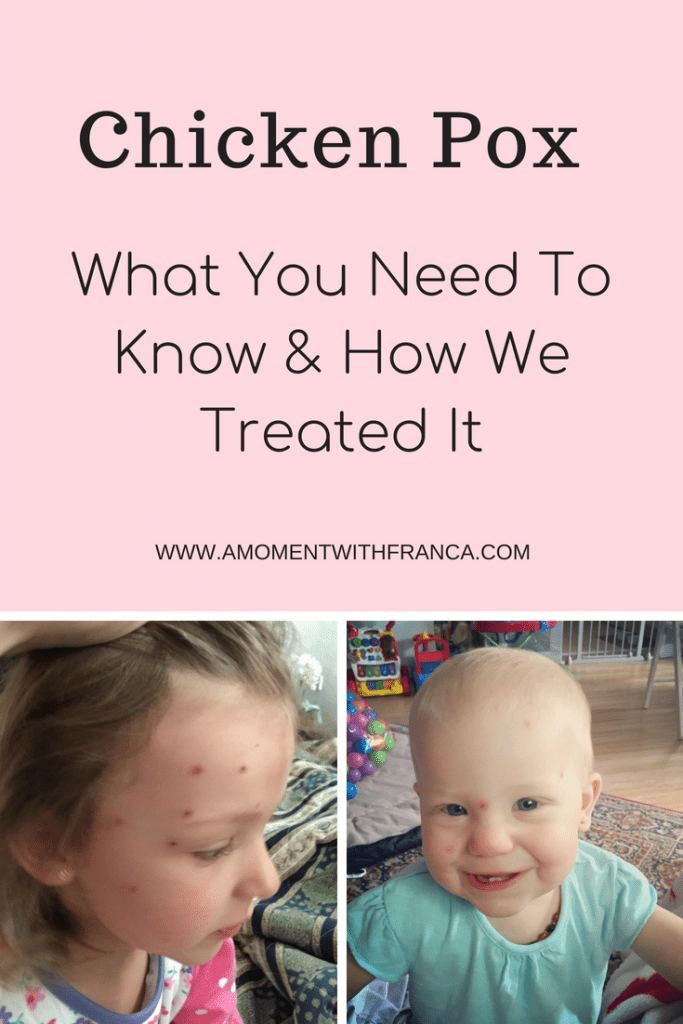 So when she started in reception at school, I was pretty sure that she would get it at some point. Not surprisingly, the inevitable happened and she got chickenpox in the last term, towards the end of the school year. By this time, Sienna had already been born and was already about 9 or 10 months old so perhaps it was not only going to be Bella who got the chickenpox.

Not surprisingly, both girls ended up with chickenpox at the same time! Bella’s started first and we were actually lucky because she got it during half term so she didn’t miss school. We had already arranged for her to visit her grandparents so she actually ended up having some time at their house with chickenpox. 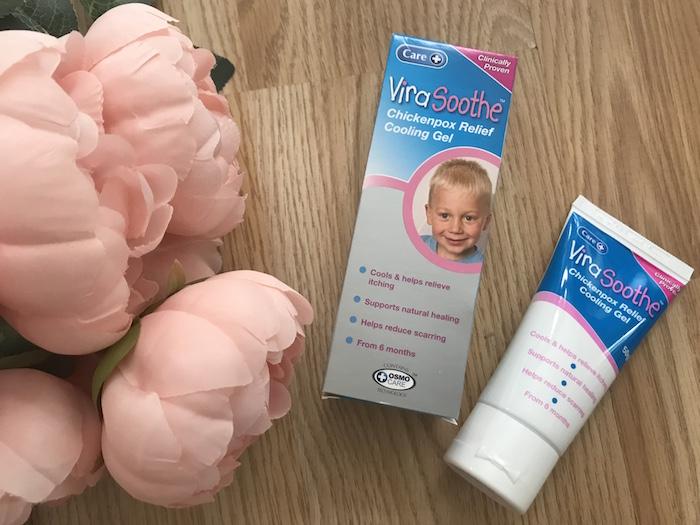 I hadn’t had any other experience with chickenpox apart from having it myself when I was a child. I didn’t remember what we needed to do, so I googled the best treatments to help reduce any discomfort. One of the products I used to calm their itchiness was Care Virasoothe Cooling Gel. This was really helpful and it did calm down a lot that uncomfortable feeling.

For those of you that are still waiting for your little ones to get chickenpox, I thought that with the help of Care Virasoothe and some of my own online research, it would be handy to share in more detail about what chickenpox is, how to spot it, how to treat it and what type of products to use…

Chickenpox is a mild but infectious disease which is most common in children under 4 years of age. It is caused by a virus called varicella-zoster. Actually, in Peru, we call it Varicella. 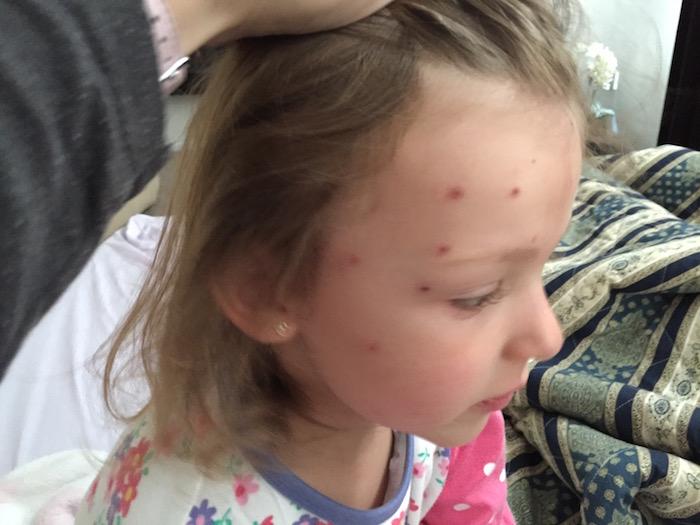 How does chickenpox spread?

Chickenpox is transferred from one person to another through direct contact with the broken chickenpox blisters. It can also spread when someone with the infection coughs or sneezes.

What are the symptoms of chickenpox?

Before developing a rash, your little one might have some flu-like symptoms, including: 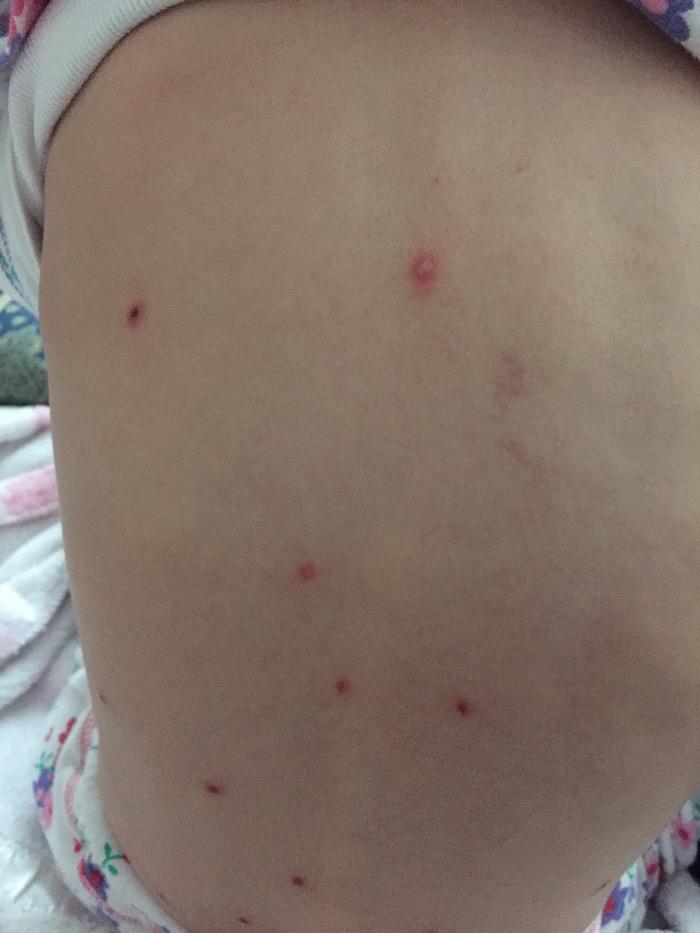 A few days after some or all of the above symptoms are noticed, you will notice that a red rash appears, which starts as small, itchy red spots. These spots then become fluid-filled blisters which eventually scab over. The rash can occur anywhere on the body or face including behind the ears, on the scalp and even on the soles of feet. This can be incredibly itchy and annoying for your kids.

What is the incubation period and how long should I keep my child at home for?

It can take 10-21 days for your child to develop the symptoms after they have come into contact with the virus. This is called the ‘incubation period’.

How long should I keep my child at home for?

Chickenpox is very contagious and is infectious until the last blister has burst and scabbed over. It is therefore very important to keep your little ones at home until all of the blisters have fully crusted over. This can be frustrating because it can mean having your child at home for about a week, which can mean not being able to work.

You should let your child’s school or nursery know that your child has chickenpox. Also, It is advisable to avoid contact with pregnant women, newborn babies, and anyone who has a weak immune system. 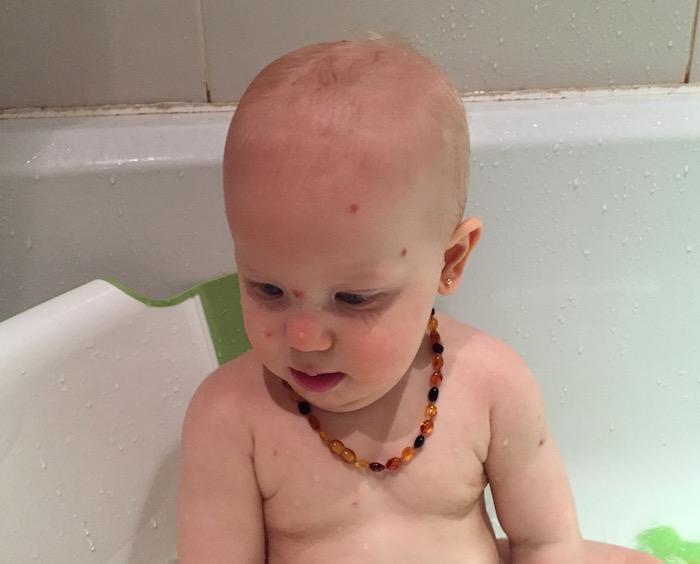 Can your child get chickenpox more than once and are there any complications?

After having chickenpox, it is very rare to get it a second time. Also, it is unusual to get any complications and most cases are quite mild. The most common complication is when the blisters become infected. This can happen as a result of scratching, which can lead to long-term scarring.

How should I treat chickenpox?

As chickenpox is a virus there is no cure for it, but there are things you can do to help relieve your child’s symptoms: 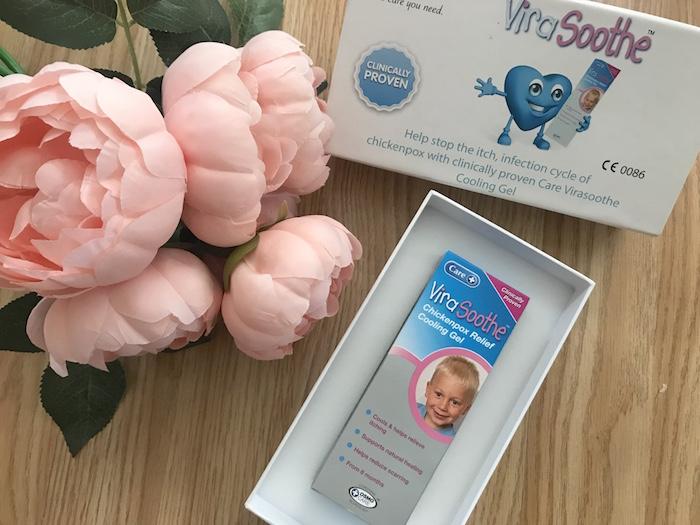 Care ViraSoothe is a clinically proven cooling gel which helps to cool and soothe the distressing symptoms of chickenpox. Unlike calamine lotion or antihistamines, Care ViraSoothe is specifically formulated to break the itch, scratch, infection cycle by rapidly calming the persistent itch. It is also available in an easy to use spray gel format.

It utilises a unique osmotic action – drawing water from the dermis (lower level of the skin) into the epidermis (upper level of the skin) which creates a cooling effect as it then evaporates. This not only relieves the irritation but protects the skin’s environment, allowing it to heal naturally which can help reduce long-term scarring. Care ViraSoothe is non-messy, can be easily applied all over the body and face and is suitable for children over 6 months of age. It should be applied 2-3 times a day, or whenever relief is needed.

Where Can I Buy Care ViraSoothe Chickenpox Relief Gel?

Care ViraSoothe is available at supermarkets and Boots stores nationwide (Asda Pharmacy, Co-op Pharmacy, Sainsbury’s Pharmacy and Tesco Pharmacy), Rowlands Pharmacy and Independent Pharmacies nationwide), retailing at £5.73 for 50g and £8.43 for 75g for the Gel. The Spray Gel is £8.43 for 75g. You can also purchase it online at Boots, Sainsbury’s, LloydsPharmacy or Amazon.

Our Experience with Chickenpox 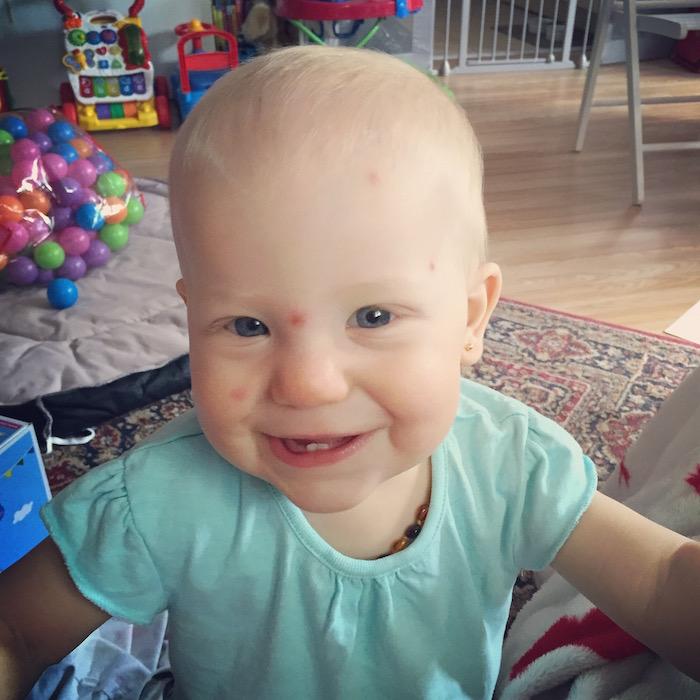 Thankfully, my girls only had mild chickenpox. They had spots all over their body spread out evenly. They both got very itchy though but the Care ViraSoothe, cool sponging and some Paracetamol helped a lot to reduce a lot of their discomfort. I was in shock when I first realised that both girls had it but now I’m actually glad that they have both now had it. It is better for them to have it at an early age. I was worried because Sienna was very little but it worked out better that way. As she was small, it was much easier applying the gel.

For more information on chickenpox visit All The Care You Need. You never know when your kids might get this virus so it is good to be prepared. If you would like to win some ViraSoothe Cooling Gel in a nice branded box, I am hosting an Instagram Giveaway for 5 of my readers to win one. Head to my Instagram to find all the information you need to win. Good Luck!

*Disclosure: This is a collaborative post with Care ViraSoothe. I was compensated for my time to write this post, however, all views are my own. Please note that there is an Amazon affiliate link.