We were very lucky again to be invited to another Multimedia Screening. Last time we saw The Secret Life of Pets and it was a lot of fun. This time, we had the opportunity to watch STORKS which is an animated movie from the same studio (Warner Brothers) that brought us The LEGO Movie and Happy Feet. It stars Jennifer Anniston as Mrs Gardner and Andy Samberg as Junior. We also brought Sienna to this screening and our experience was a little better than last time as now she is more than 2 years old and capable of staying longer watching a movie. 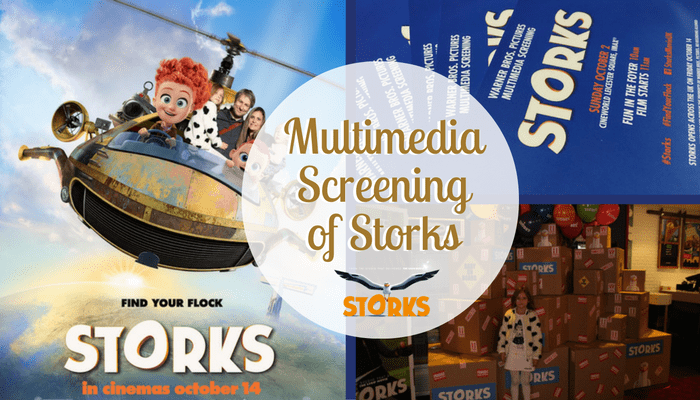 The screening was held at Cineworld in Leicester Square. Like last time, there were a fair amount of people attending. We tried to arrive a little bit earlier to be able to enjoy the “Fun in the Foyer’ entertainment. 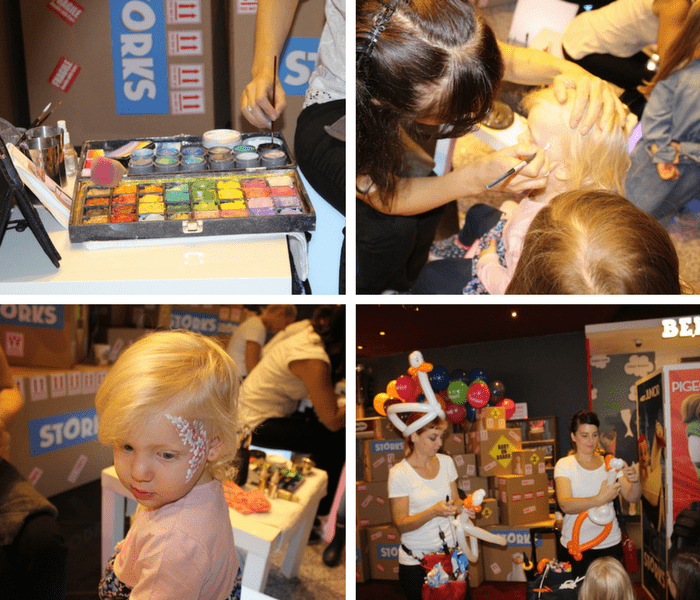 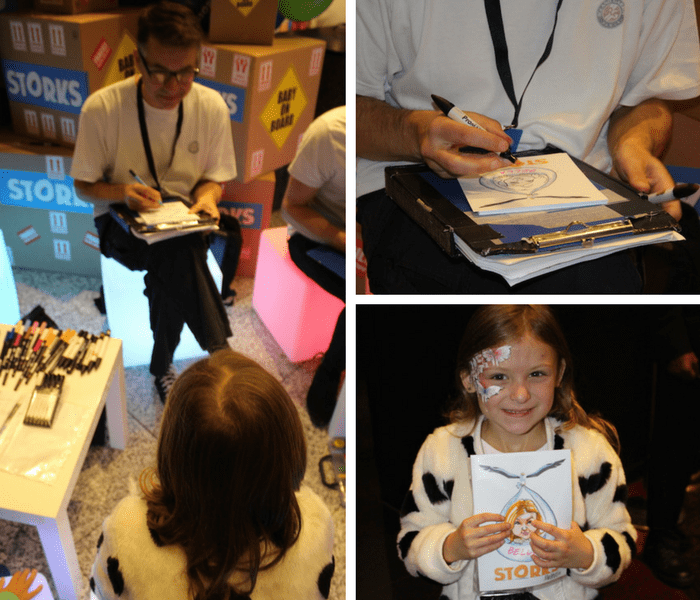 We also met with Maria from Suburban Mum and her 2 boys. There were different activities for the children to do, which included having a Storks photo taken against a green screen (placing us in our won version of the movie poster!), face painting, tattoo making, balloon art (storks, of course!) and also cartoon portraits. 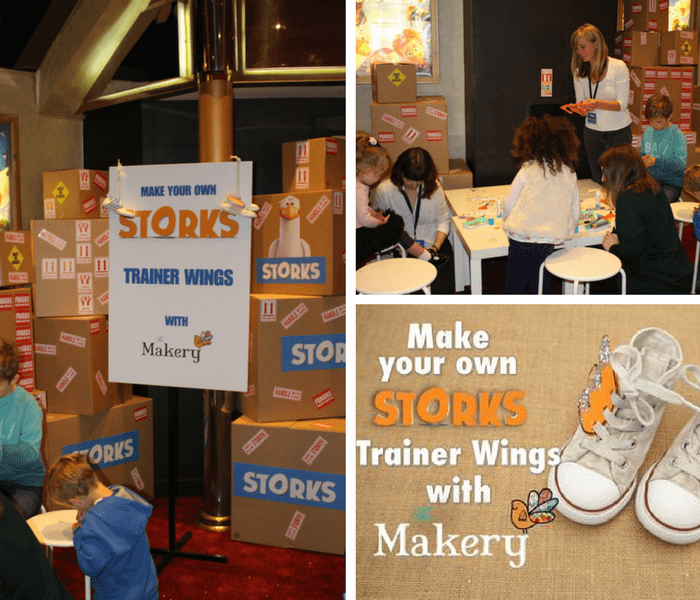 One of the activities that was to “Make your own Trainer Wings” with The Makery which we actually missed. They have also made a brand new 60 second how-to video. This step by step video lets families get crafty by showing how you can “Make Your Own ‘Storks’ Trainer Wings”, like Junior and Hunter from the film! How awesome is that? 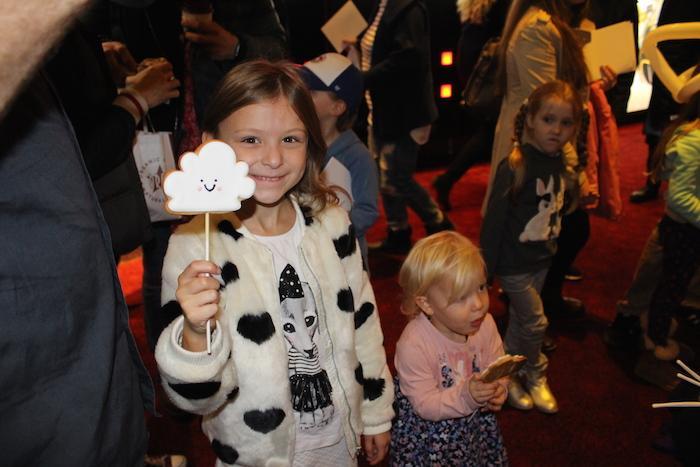 In between the activities, Maria and I went to reserve some seats so we could all sit together to watch the film. Then we came back to the activities to enjoy a bit more of the fun before the film started. Also on offer was some delicious pastries and drinks (juices or coffee). This included the cutest blue and pink cloud biscuits. They were really very yummy too. 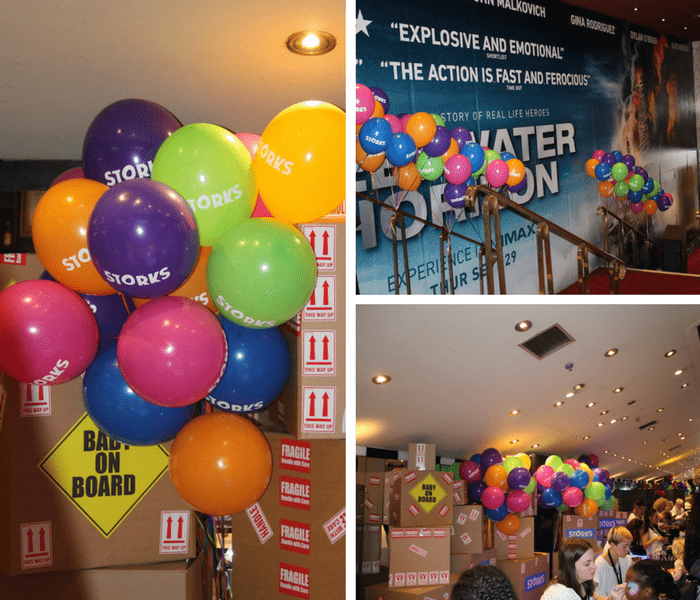 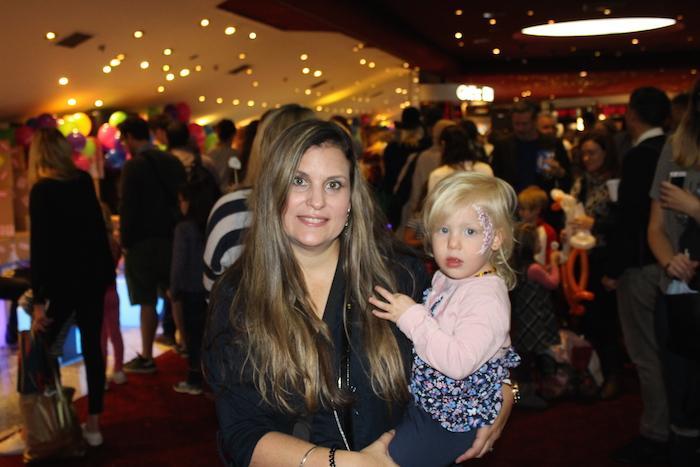 After that, we were all invited to go inside to watch the movie which was being shown for the first time to the public.

Storks deliver babies…or at least they used to. Now they deliver packages for global internet giant Cornerstore.com. Junior, the company’s top delivery stork, is about to be promoted when he accidentally activates the Baby Making Machine, producing an adorable and wholly unauthorised baby girl. 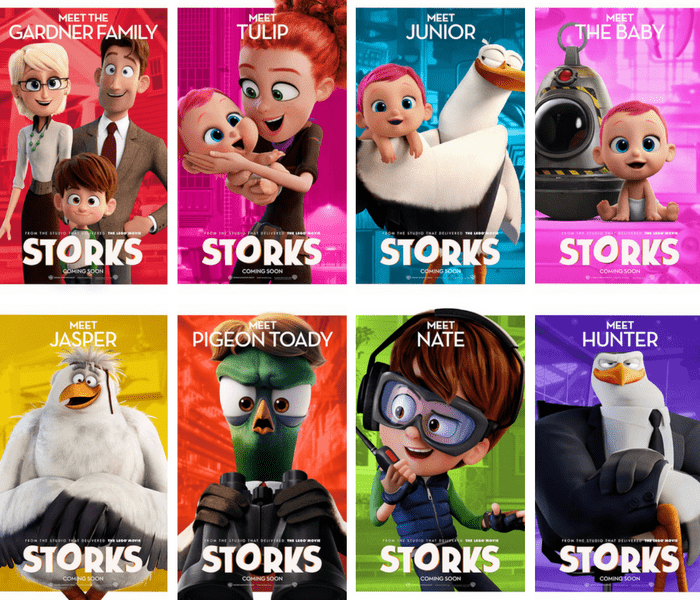 Desperate to deliver this bundle of trouble before the boss gets wise, Junior and his friend Tulip, the only human on Stork Mountain, race to make their first-ever baby drop – in a wild and revealing journey that could make more than one family whole and restore the storks’ true mission in the world. 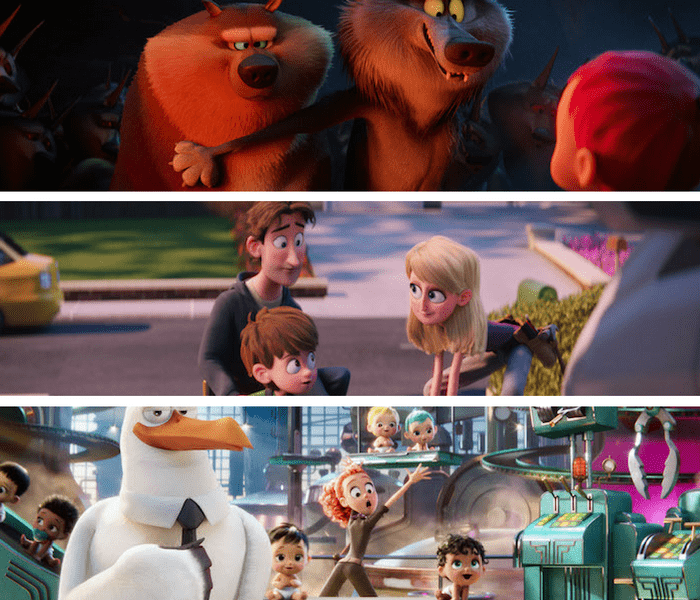 The movie is in the cinemas from today 14th October. It is a fun movie with adorable characters that your kids will love. Some of the characters are very funny and made us all laugh, even Sienna had some giggles during the movie. She actually didn’t last the whole movie but she did enjoy a fair amount of it. She watched more than a half of the movie which I thought was great for her. Her older sister Bella who is 6 enjoyed the whole movie. However, there were little parts that she thought were slightly boring. Strange right? 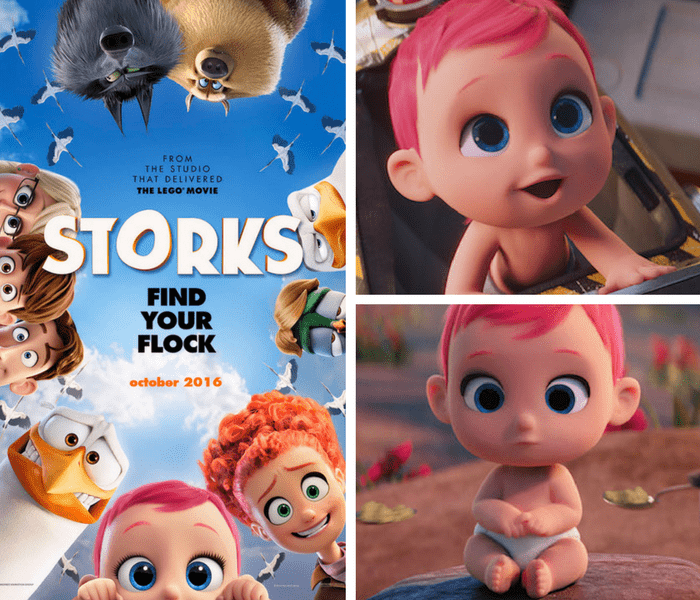 OMG, the little babies were gorgeous. I wanted to squeeze them all, especially the main baby! The movie had some emotive parts and I must admit I even had a small tear towards the end, LOL!, It is obviously funny and kids love storks. I also must admit that like Bella, I thought there were some small parts where the action slowed down a bit –  it seemed to take a long time to deliver the baby but also there were some very funny parts that we all really loved, such as the moment when they stumble upon a pack of wolves.

Anyway, I won’t say more as I wouldn’t want to spoil the movie for you,  so you can take the kids, enjoy it and have your own conclusions. 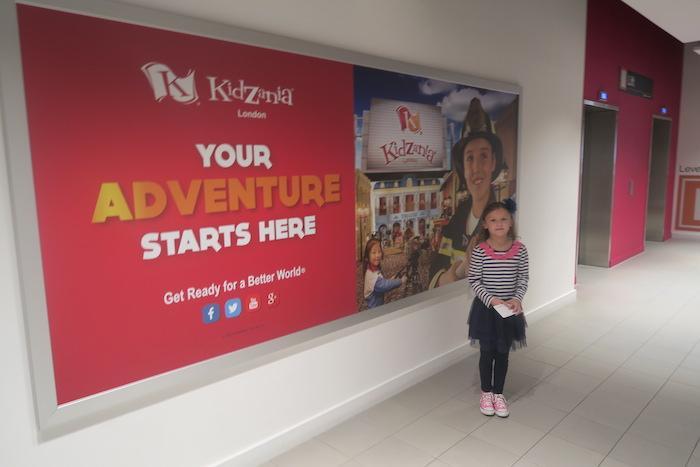 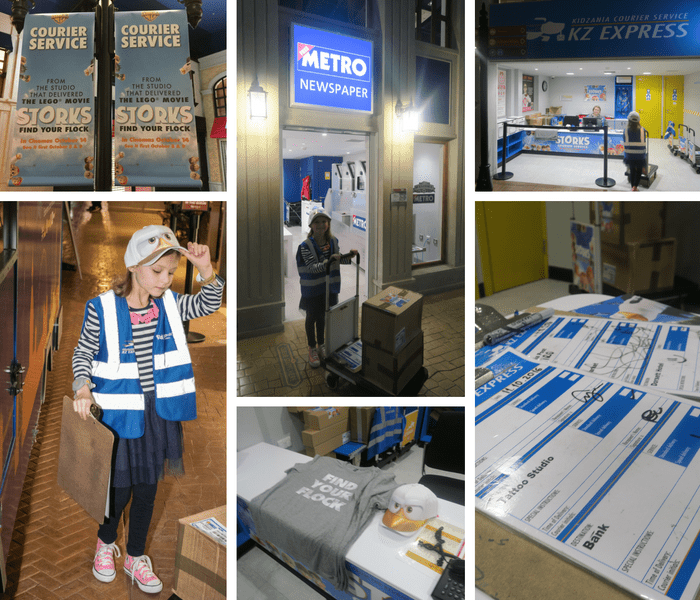 We were also invited to KidZania this week for a special and limited edition Storks Courier Service which has launched within KidZania, the city where kids take charge. Designed to empower and entertain, your children can step into the footsteps of the film’s character Junior, a high-flying stork employee for internet retail giant Cornerstore.com, who now deliver packages instead of babies. 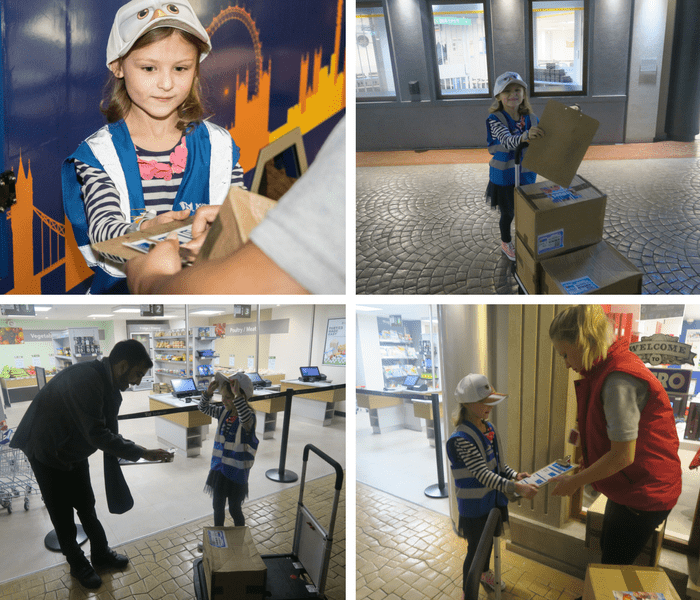 Within the Storks Courier Service at KidZania London, children are responsible for making deliveries across the City. Children participating in this activity need to take extra care with their delivery and ensure that it is delivered on time to the right person. This activity encourages children to communicate with others to get the job done, it gives them independence, responsibility and teaches them to take pride in their work. 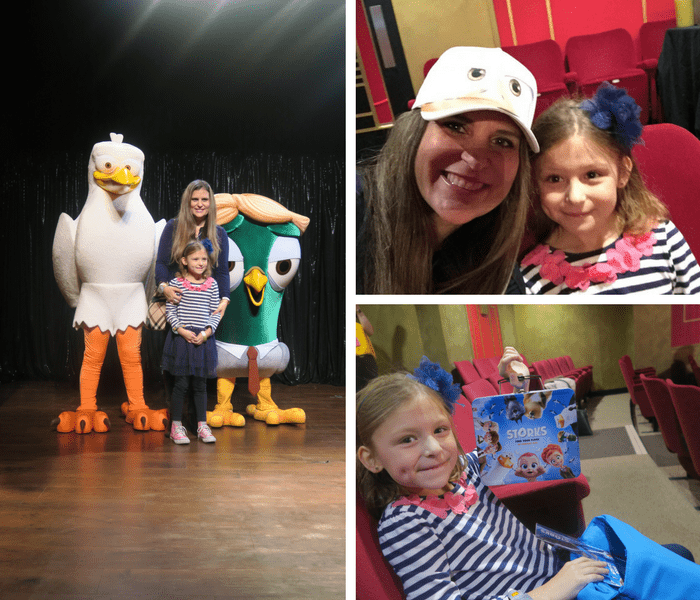 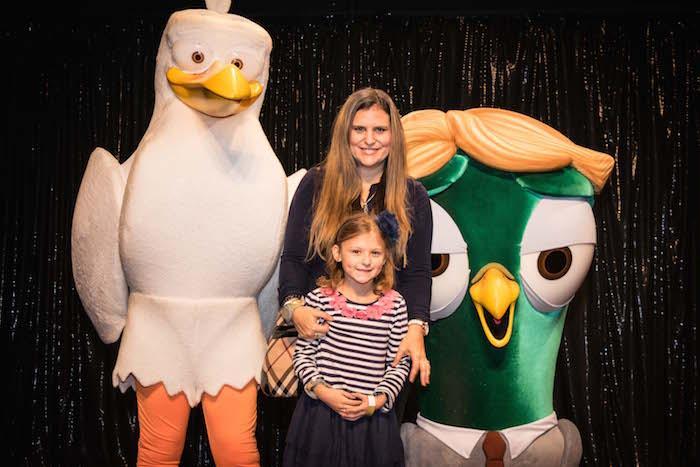 The Storks Courier Service will run for six weeks until 9th November. KidZania London is located within Westfield London and ticket and pricing information can be found at their website. If you would like to find out more about KidZania you can read my review and watch our video which now has almost 30k views of our experience HERE

Have you heard of this movie? What do you think? Will you take your kids to see it? What do you think of the event? What about the special edition of the Storks courier service at Kidzania? Are you planning to go? Please leave a comment below as I would love to read what you think.

*Disclaimer: I was invited to attend this event and to go to KidZania in exchange for some promotion. However, all thoughts and opinions are my own.