We love playing games at home and now that Sienna is getting older, she understands better how to play games and she wants to be part of it which is lovely. We were recently sent a lovely Ravensburger Despicable Me 3 Mini Memory Game to review and we were very excited to try it at home. 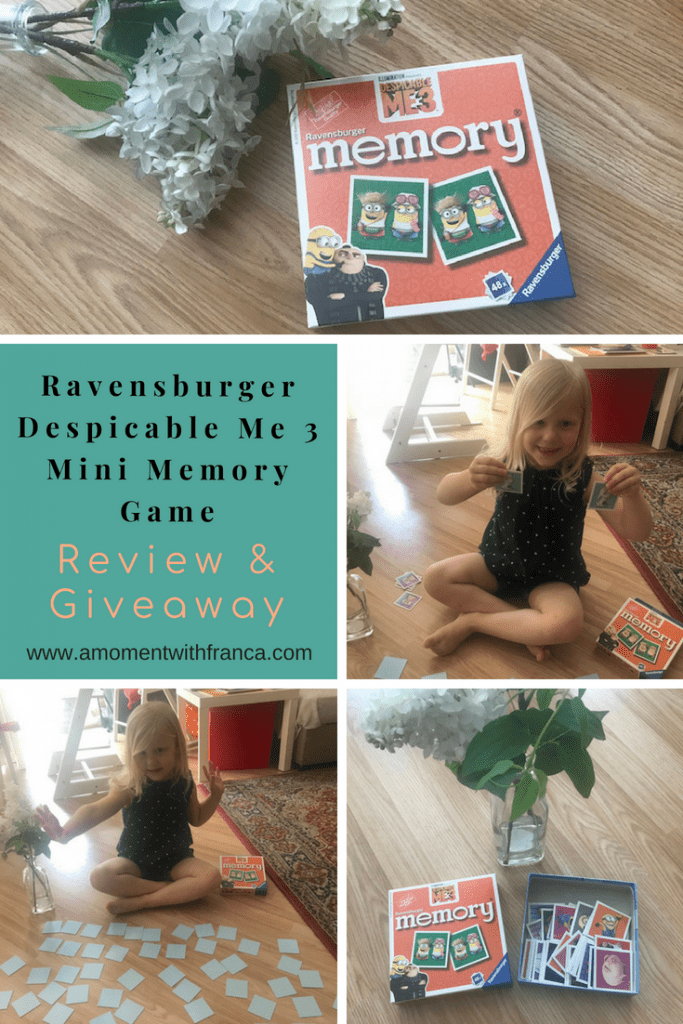 My girls love Despicable Me. They have watched all the movies several times and, of course, the minions are their favourite characters. They are adorable!

The cards feature Gru and his adopted daughters Margo, Edith and Agnes, Lucy and the hilarious minions, plus the characters from the latest Despicable Me 3 film. 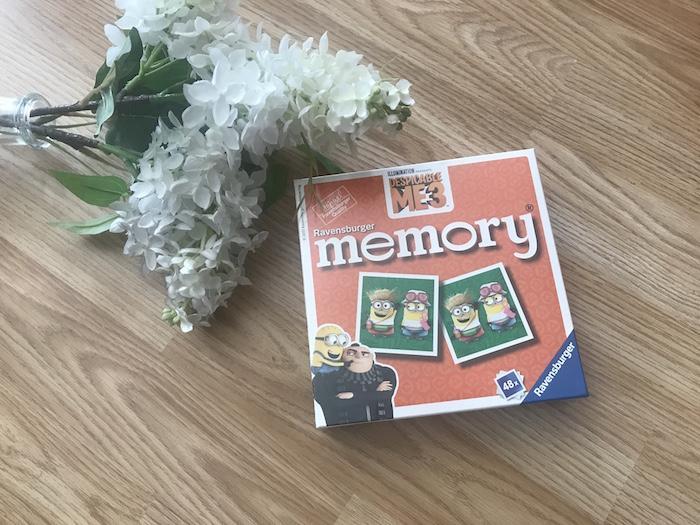 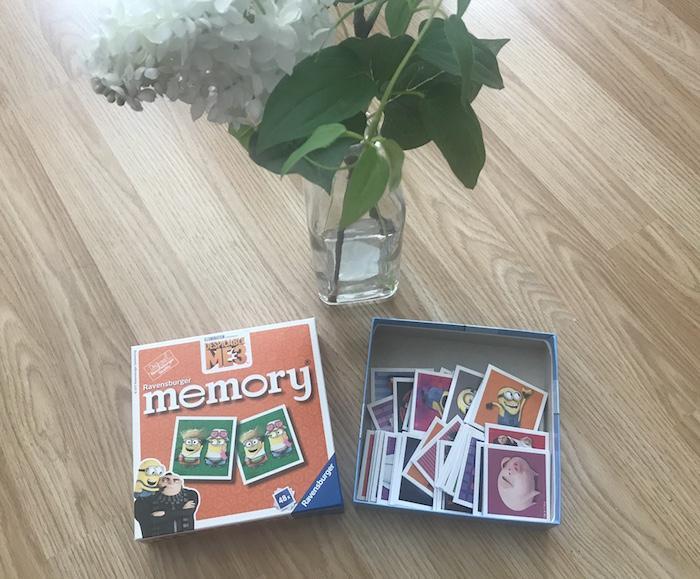 The box comes with 48 bright and colourful high-quality mini memory picture cards and it is great to play with 2 players or up to 6 players. It is suitable for ages 3 years and up. 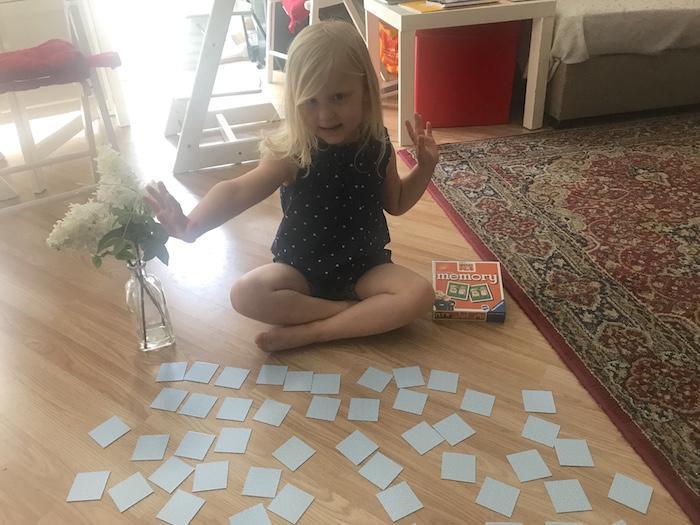 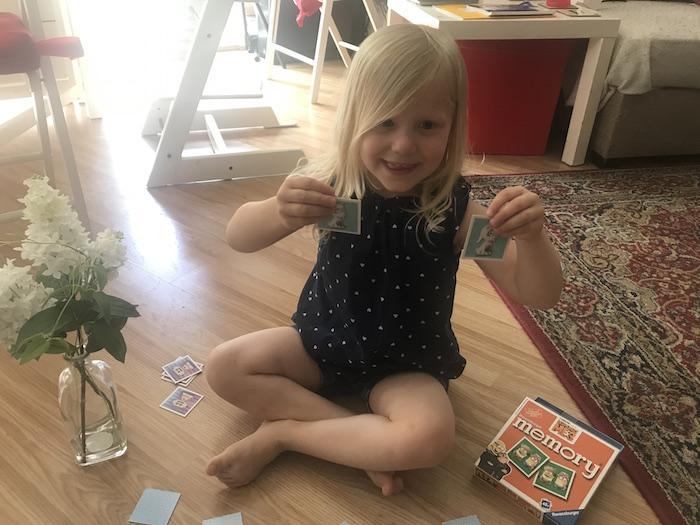 This game is very easy to play. You only need to match and collect 24 pairs of picture cards. The game can be played to suit different ages and abilities. For younger children, you can use fewer cards, but you’ll be surprised at how good children are at this game. And I know this very well because I was surprised at how great Sienna was at playing this game. She turns 4 in August so I knew she would be good but I never thought she would beat me at this game, LOL! 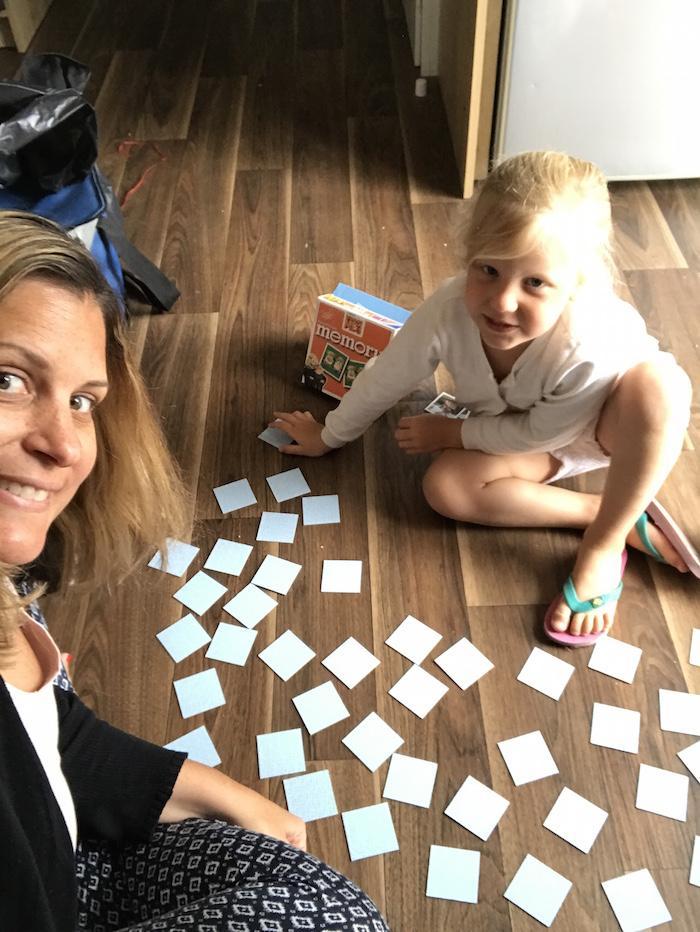 We have been in France on a press trip to Siblu Domaine de Kardanne in Britanny, France last week. We had a long journey to get there and back so we decided to bring this memory game. It was actually Sienna’s idea.

Sienna having a solo play in France

Because it is small, it is great to take it with you. I put it inside Bella’s backpack among other games. It was the best decision because it was a lifesaver for us. Sienna wanted to play this game every day! And she even played it on her own sometimes. Just putting the cards together was entertaining for her! Bless her!

If you are about to travel for the summer I can highly recommend you to get this game as it will entertain your kids for hours. It is compact and fun. We even used it to play with our neighbour who was french. She didn’t speak english and Bella didn’t speak french but they knew how to play this game which was fantastic. So this game was a hit during our holiday! 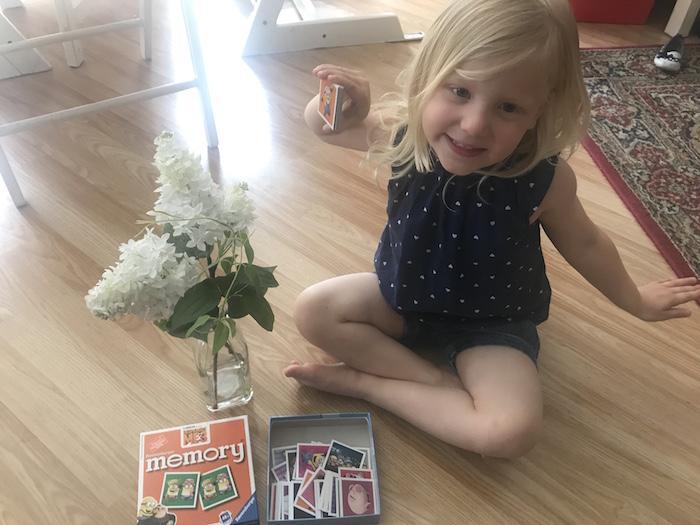 We loved this mini game! As I mentioned before, it has been a lifesaver for our holiday in France and it is a lot of fun not just for the kids but for the whole family! It is great for helping with your kids memory as they play. We definitely recommend it.

What do you think of this Ravensburger Despicable Me 3 Mini Memory Game? Which other version  of the game caught your attention the most (Thomas the Tank Engine, Avengers, Spiderman, PJ Masks, Peppa Pig, Ben and Holly, Disney Princess, Gruffalo, Bing Bunny)? Do your little ones like to play memory games?