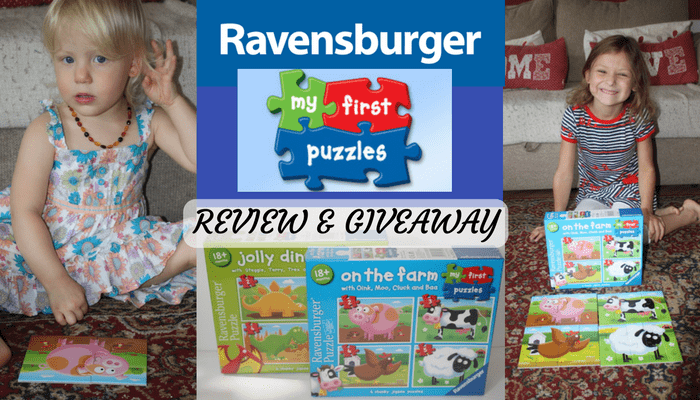 Each of these puzzles have been designed to ensure children get plenty of visual clues to help them assemble the pieces, helping to build their confidence and encouraging them to move onto other titles and larger piece counts. They start with the 2 piece puzzle, then move onto the 3rd piece puzzle, then 4 piece puzzle and finally 5 piece puzzles once your little ones have started to understand the concept of piecing together the different scenes. 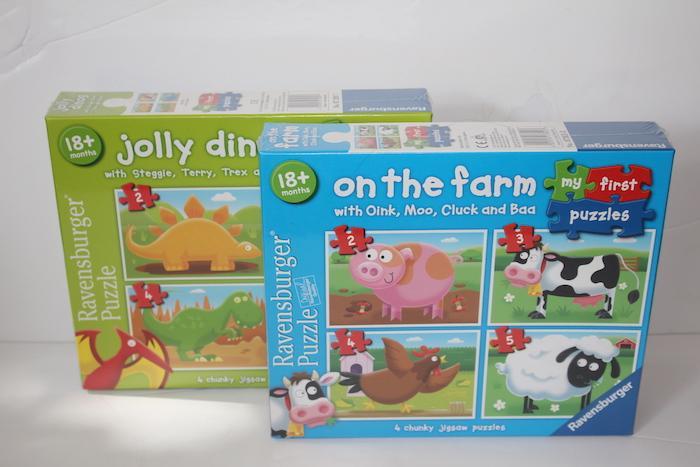 As soon as we got the boxes Sienna was ready to play with them. She actually was playing with both boxes before we opened the first puzzle.

Once we opened the first box, we started with the first puzzle that only had 1 piece to see how Sienna reacted. Bella was also around to help her sister to ensure she was doing it all correctly. They were actually both very keen to play.

My First Puzzles – On the Farm 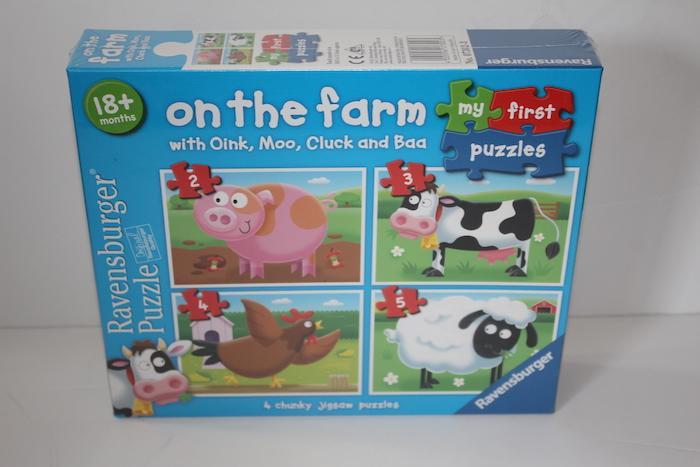 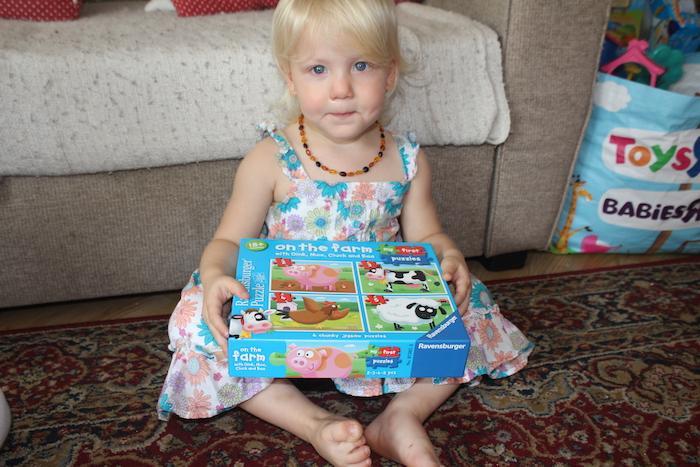 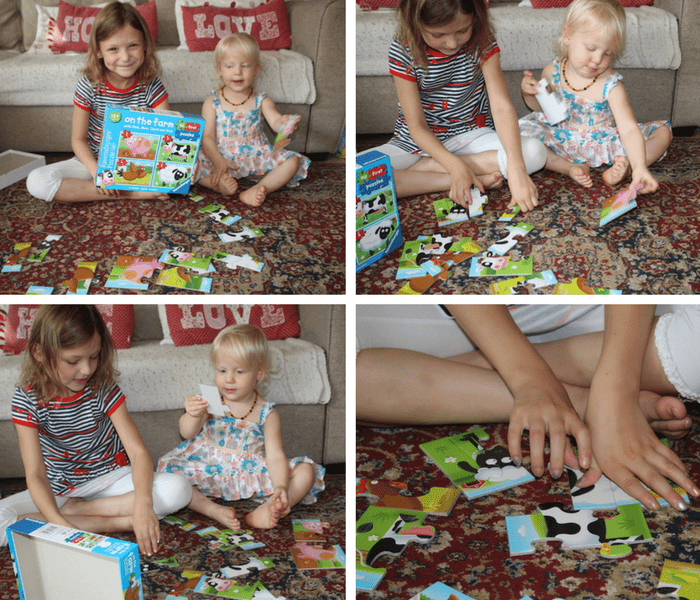 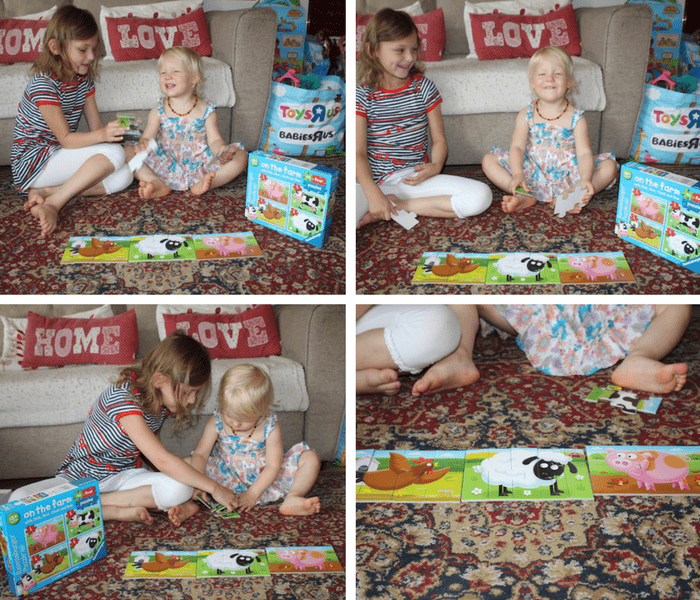 Sienna actually picked this puzzle to do first. I think this is because the animals caught her attention as she recognised all of them, so we started making the sound of each of them. It was fun. 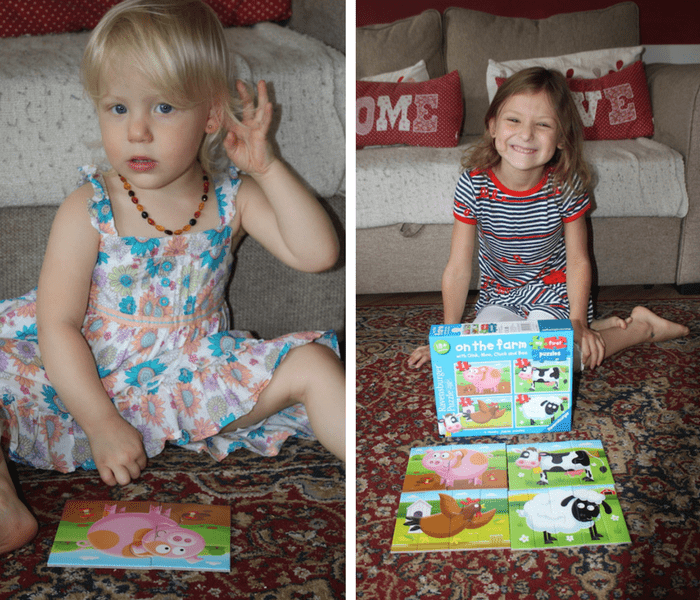 She managed to do the first two that had less pieces and her sister did the other 2 that have more than 3 pieces. Sienna was observing what her sister was doing. It was good for her to have someone to learn from. 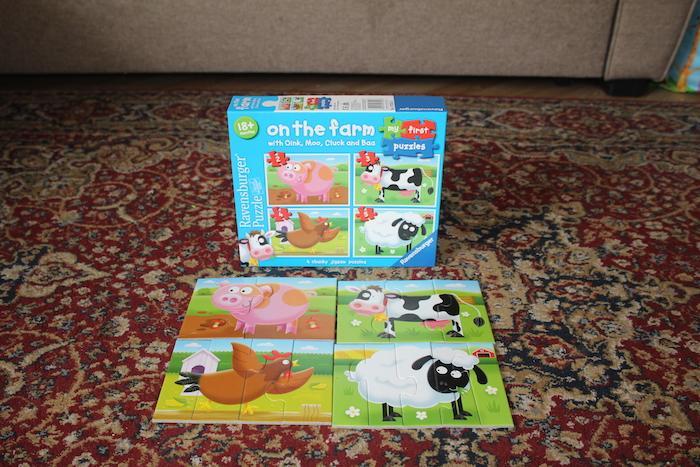 The 4 puzzles had really cute illustrations and they were made in super think white line cards which were perfect for little hands.

As soon as we finished she showed me the other box as she was now ready to play with that one now, LOL! 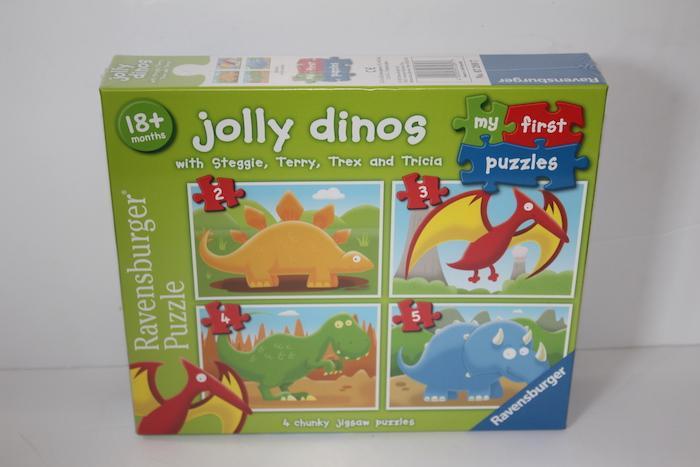 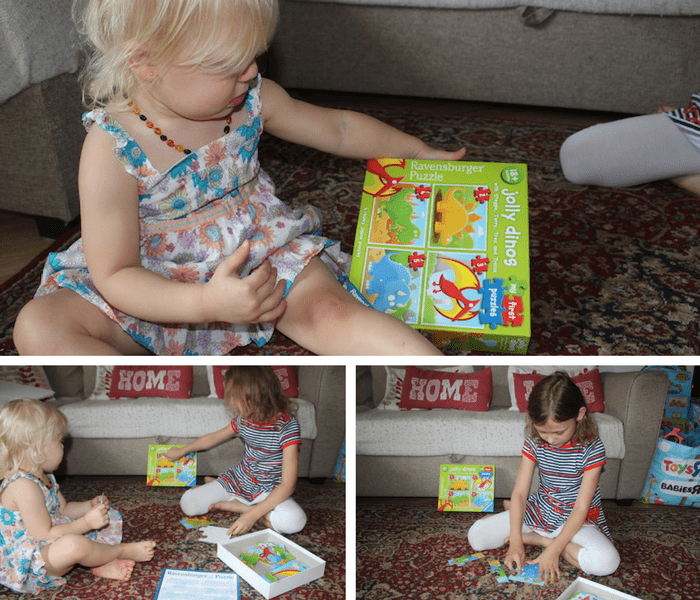 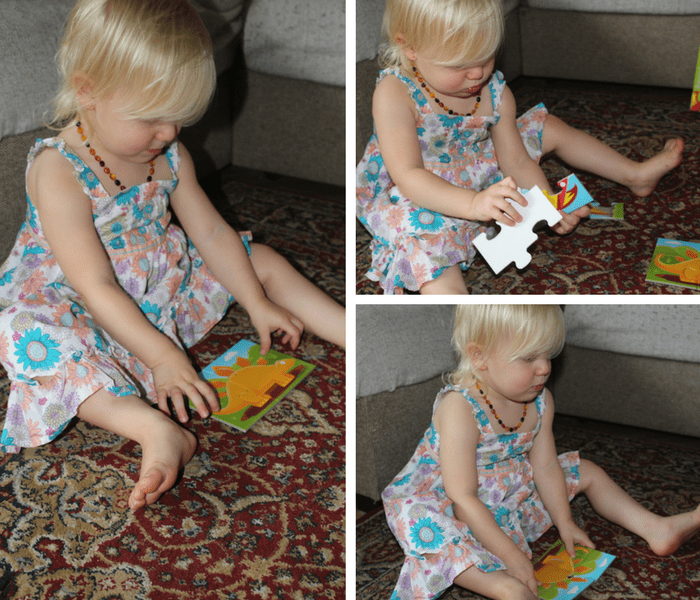 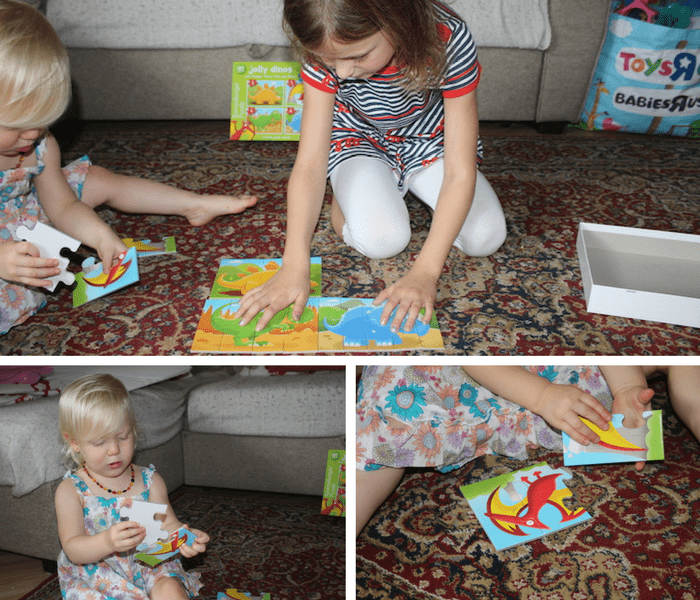 This puzzle was also very cute. The dinosaurs were fun and the illustration were big and clear. We did the exact same thing here. We started with the first two that that had less pieces and then the other two Sienna observed her sister doing them. 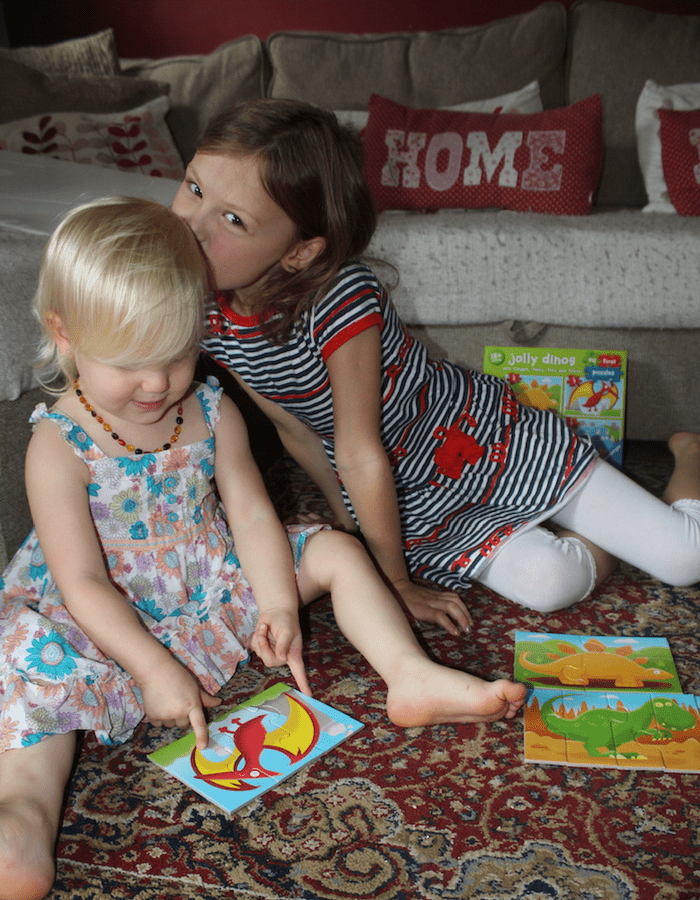 It was really nice to see both my daughters playing with the puzzles despite the age gap. Bella was enjoying playing the role of the big sister and Sienna enjoyed having her big sister beside her. It was beautiful to see them like that 🙂 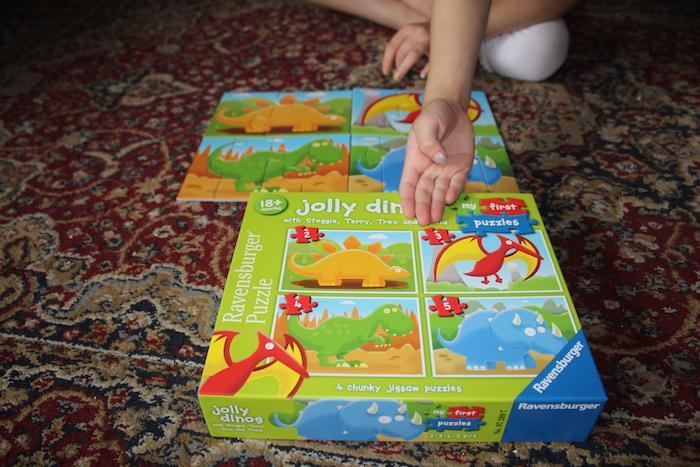 Other than that, I thought these puzzles were really good. They kept Sienna entertained for a while. She still needs to practice more in order to do the ones with 5 pieces but as the name says, they are perfect First Puzzles for little ones.  I’m sure she will be better at those in a few months. In the meantime she has her sister to guide her and explain how to do them which I thought was very sweet as Bella didn’t have this advantage when she was little.

These puzzles retail at £4.99 each which is a fantastic price. You can find more about Ravensburger by visiting their website or via Facebook.

What do you think of this new range from Ravensburger? Do you have some Ravensburger puzzles at home? Which one caught your attention more? Would you buy them for your little ones? Please leave a comment below as I would love to hear what you think.

*Disclaimer: I received two Ravensburger puzzles for the purpose of this review but all opinions and thoughts are my own. I was also offered the opportunity to giveaway the same puzzles.