We love Disney movies so what better than to be invited to the multimedia screening of the latest Disney film! We were invited to a private screening of new Walt Disney Studios movie “A Wrinkle In Time” at Vue West End in Leicester Square, Central London organised by Mumsnet Influencers. 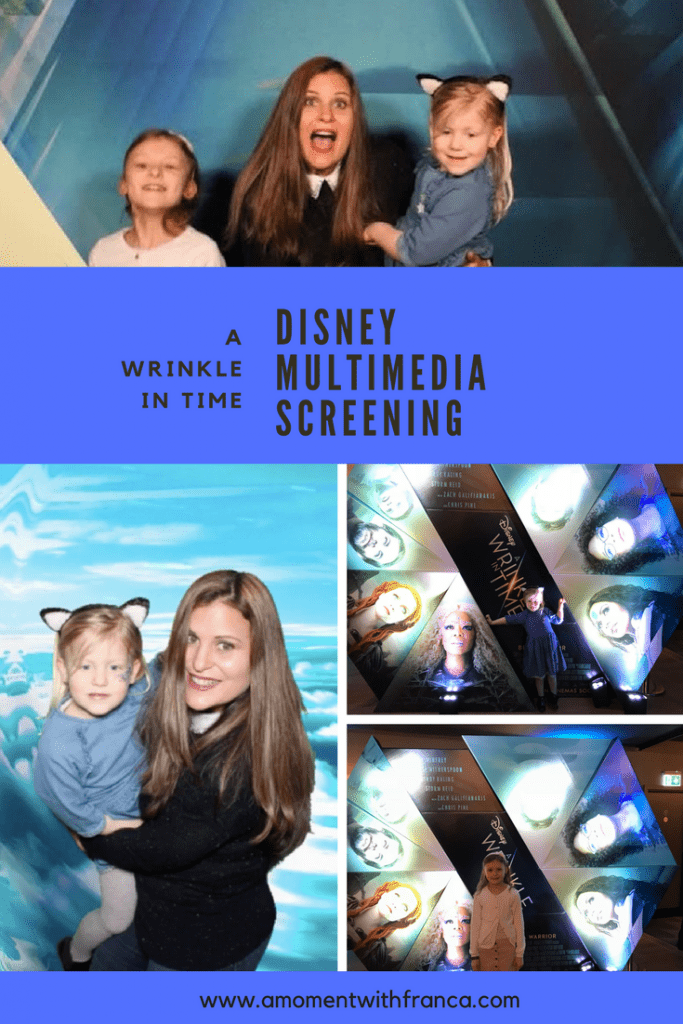 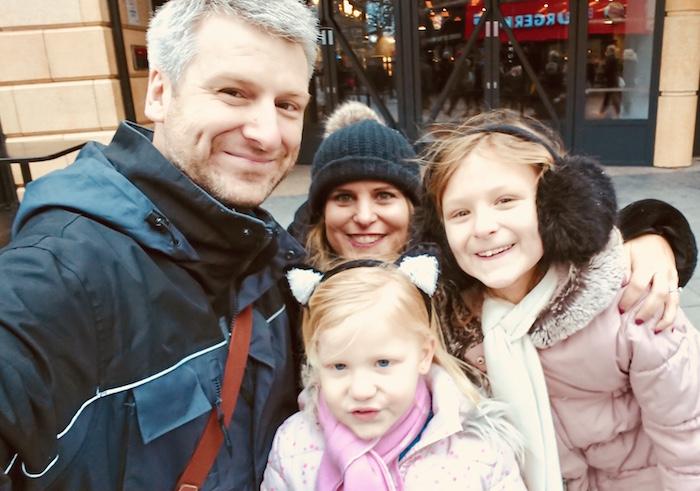 My girls were so excited about going to the screening. You can tell they were desperate to go, they were changed and ready to go in an instant! Bless them. We travelled to Leicester Square via the tube. That day was freezing cold. It was snowing a lot and very windy too, but that didn’t stop us and we were still determined to take a family photo outside of the cinema! 😉 Of course, we then went straight into the cinema and into the warmth!

FUN IN THE FOYER

When we arrived at the screening, there were “Fun in the Foyer” activities organised for the guests. This is always a hit with my girls. They love these type of activities before going in to see the movie. 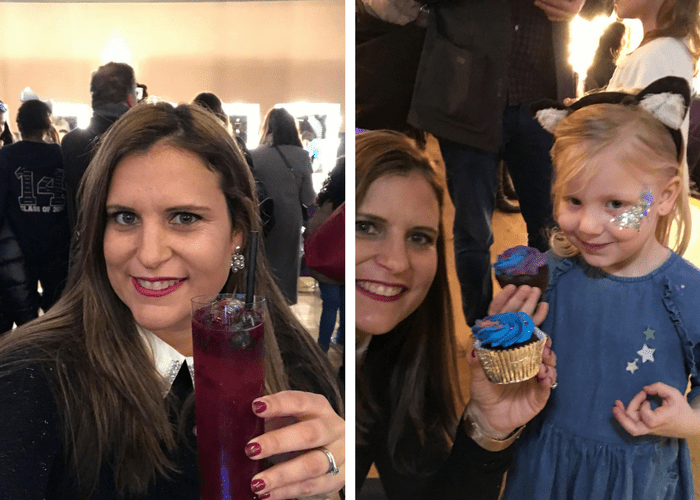 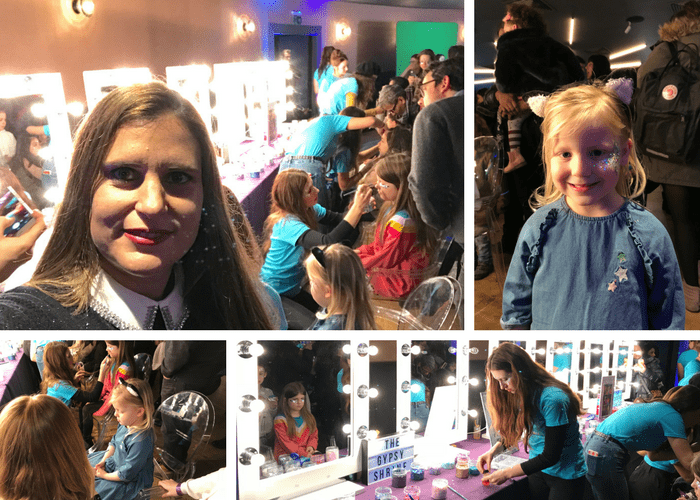 On arrival we were greeted with fancy, super tasty movie themed cupcakes and refreshing cranberry juice! There were 3 different activities for the girls to do. The one that was my girls favourite was the face painting. They always enjoy it and this time it was even fancier than ever with shiny multicoloured glitter. I was almost tempted to have my face painted too but there wasn’t quite enough time! 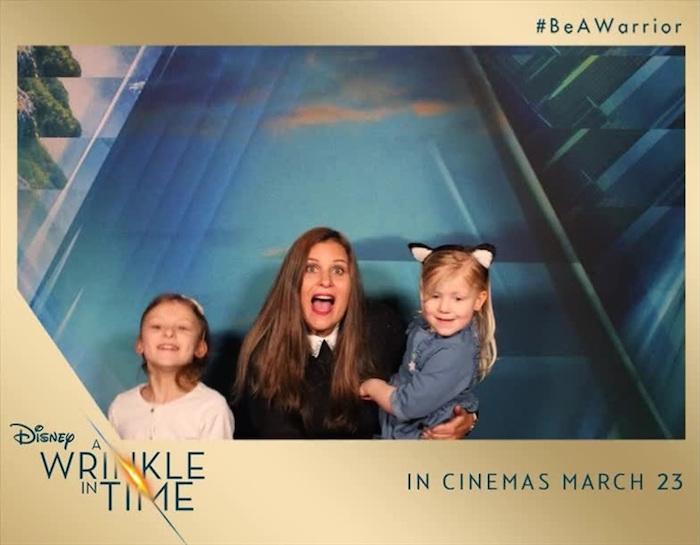 We also had a couple of videos and photos taken where they added ‘A Wrinkle In Time’  movie themed backgrounds. For one we had to jump a little bit and for the other one, we had to do 3 different poses. It was so much fun! 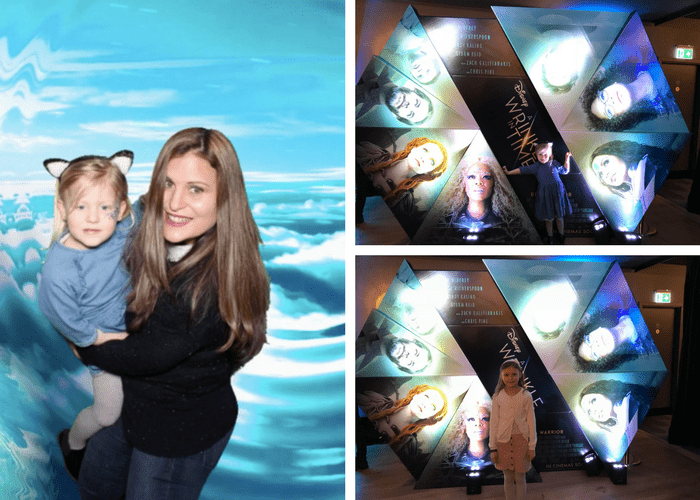 I also took some photos of each of my girls in front of the movie advert signs so they had a cool background. I think it would’ve been nice if we would have taken a family photo here.

Below is a short video we made showing the Fun In The Foyer activities that I published on my Facebook Page:

After the Fun In The Foyer, we were asked to go to one of the screenings rooms. We got some popcorn and drinks so we were all set to watch the movie!

Meg Murry and her little brother, Charles Wallace, have been without their scientist father, Mr. Murry, for five years, ever since he discovered a new planet and used the concept known as a tesseract to travel there. Joined by Meg’s classmate Calvin O’Keefe and guided by the three mysterious astral travellers known as Mrs Whatsit, Mrs Who and Mrs Which, the children brave a dangerous journey to a planet that possesses all of the evil in the universe.

Mrs. Whatsit (Reese Witherspoon) is a clumsy and, often silly, lady who befriends Charles Wallace and offers moments of comic relief on their journey.

Mrs. Who (Mindy Kaling) has the idiosyncratic habit of quoting lines from famous literature and philosophy in order to shed light on perplexing moral and ethical dilemmas that the children face on their journey.

And the leader of the trio, Mrs Which (Oprah Winfrey) is the oldest of the three ladies (being many hundreds of millions of years old). She has the particular talent of wrinkling time and space in order to let the children travel great amounts of distance to far planets. She very often does not materialize as an actual person but remains a presence that the children can hear and feel.

This movie is an adaptation of the 1962 book of the same name by Madeleine L’Engle. I have not read the book so I cannot compare it with the movie but after doing my research, it has been mentioned that this movie is not an exact reflection of the book, so it is important to bear that in mind.

What is the meaning of a wrinkle in time?
In the story, Mrs Who and Charles Wallace explain to Meg that they will be travelling by “wrinkling time” through a tesseract; and that “the fifth dimension’s a tesseract. You add that to the other four dimensions and you can travel through space without having to go the long way around.

The movie is very fantastic and entertained us all a lot! The scenery is amazing! I love the vivid colours, especially at the start of the movie when they arrive on the planet Uriel. The flying flowers scene is spectacular too. And of course, the 3 ladies are shown in such a magnificent way!

I asked both my girls if they liked the movie and both said yes. I asked Sienna (she is 3.7 years old) who her favourite character was and she said Meg. Bella (almost 8 years old) said that she loved Mrs. Whatsit. She found her amazing when she changed her outfits. She also said that overall she loved the whole movie.

A Wrinkle In Time will be out this weekend on 23rd March and will be a good option if you’re looking to take the family to see a movie during the Easter holidays.

Have you read the book A Wrinkle In Time? Are you looking forward to watching this movie? What do you think of it so far?

*Disclosure: We were invited to this multimedia screening for the purpose of this blog post. This is a collaboration with Disney UK and Mumsnet. However, all thoughts and opinions are my own.