I had heard of Cirque Du Soleil for many years and have always wanted to see one of their shows but never got the chance. Their famous shows have toured the world for over 30 years now! Their shows cover different themes and there are as many as 20 productions active at any time. Nick and I were invited to the opening night of the Amaluna show at the Royal Albert Hall on Thursday night. You are not going to imagine how excited I was about this invitation. I was really looking forward to it. 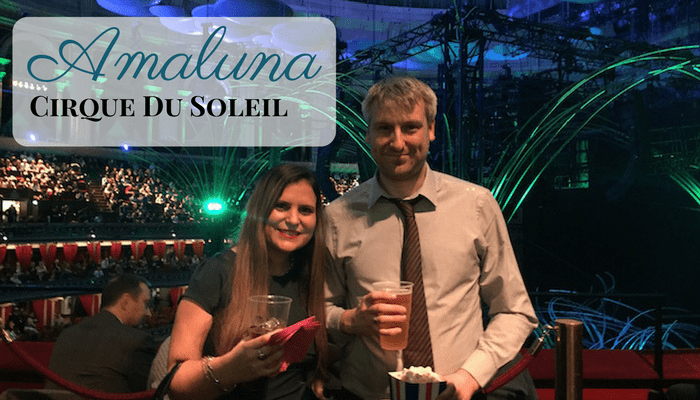 The weather forecast said that we were going to have heavy snow around the time we would be travelling to the Royal Albert Hall. I love snow and my girls were really happy about it but at the same time I was really worried about our journey as its the kind of weather that can bring London, especially public transport, to a standstill. 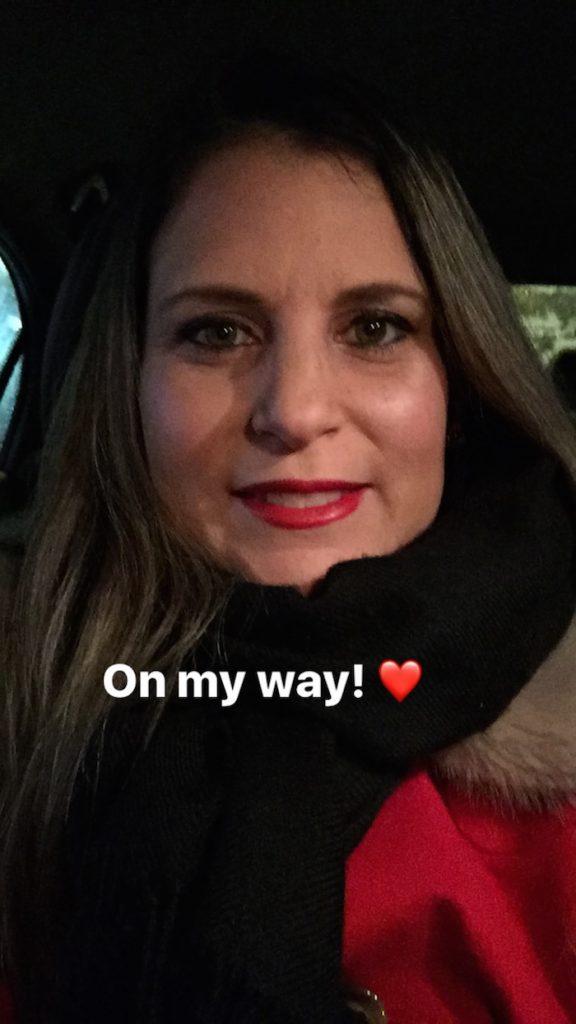 As it happened, we did have lots of snow on our way. The transport, in general, was very slow that evening but despite this we were able to arrive just in time and get into our seats literally as the show was about to begin. 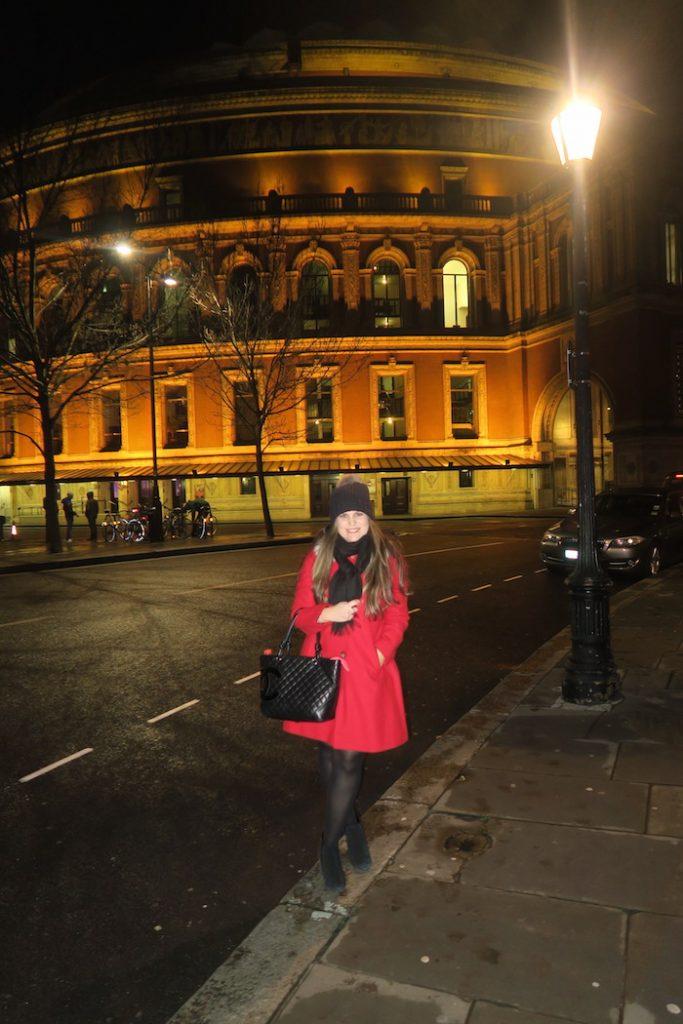 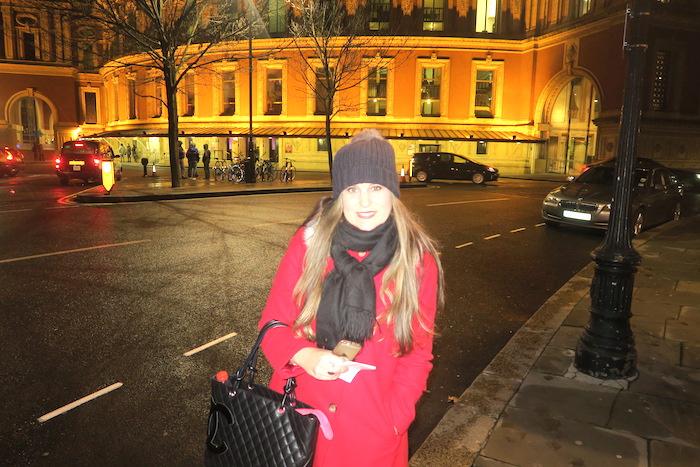 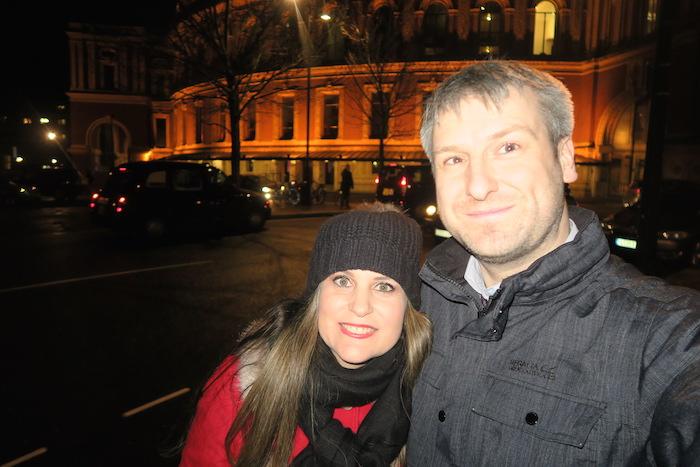 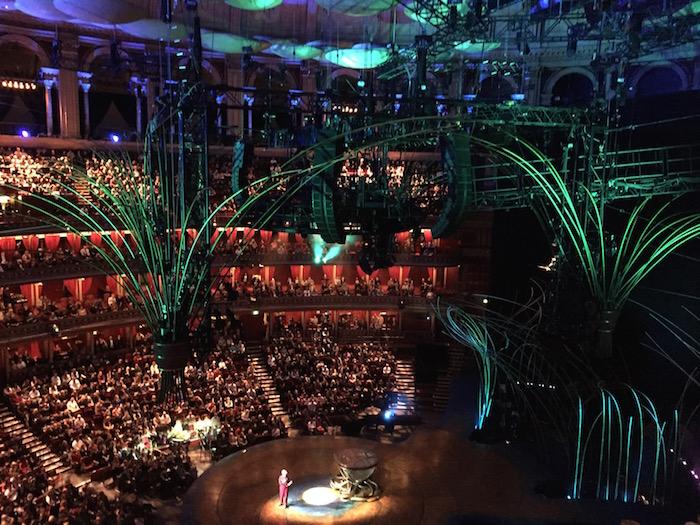 This was actually the second time that Cirque du Soleil’s ‘Amaluna’ show has been to London.  The show originally toured here in January last year and following its success it has returned by popular demand, beginning with a star-studded opening night for the charity Oxfam. The purpose was to raise awareness and money for Oxfam’s work supporting women living in extreme poverty around the world.

There was a red carpet with Olympians, TV stars, musicians and other celebrity personalities attending the show. We were really excited to be invited along with these celebrities. 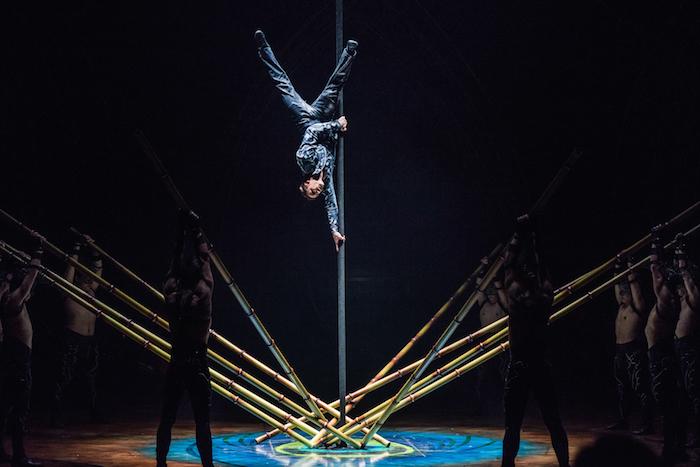 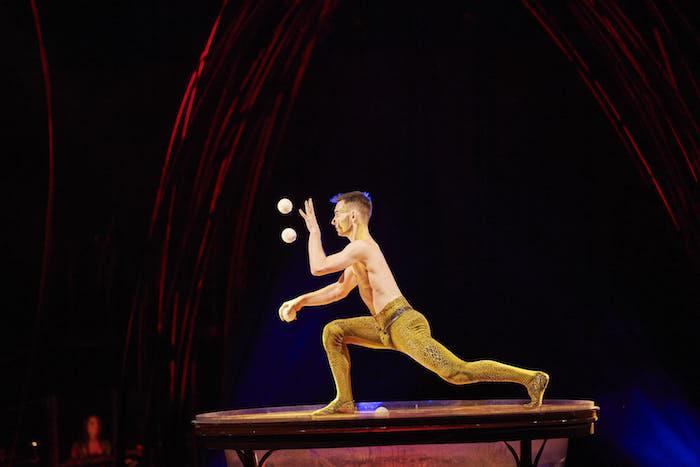 Amaluna invites the audience to a mysterious island governed by Goddesses and guided by the cycles of the moon. Their queen, Prospera, directs her daughter’s coming-of-age ceremony in a rite that honours femininity, renewal, rebirth and balance which marks the passing of these insights and values from one generation to the next. 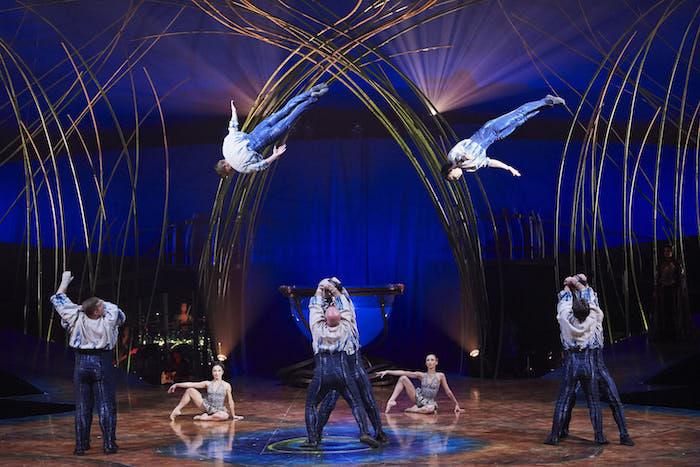 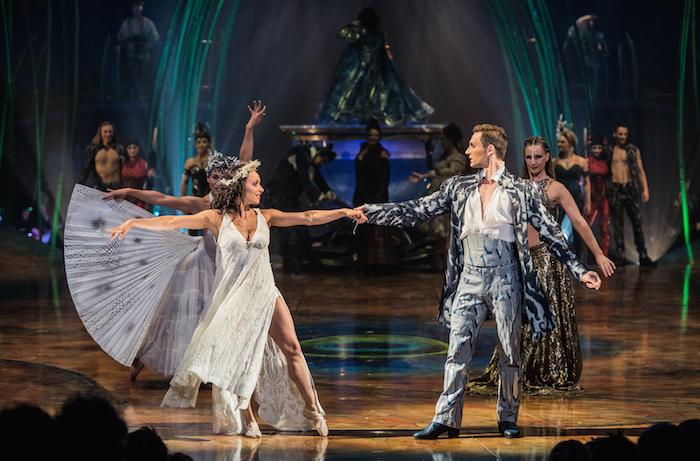 In the wake of a storm caused by Prospera, a group of young men land on the island, triggering an epic, emotional story of love between Prospera’s daughter and a brave young suitor. It is a love that will be put to the test as the couple face numerous demanding trials and overcome daunting setbacks before they can achieve mutual trust, faith and harmony.

Amaluna is a fusion of the words ama, which refers to “mother” in many languages, and luna, which means “moon”; a symbol of femininity that evokes both the mother-daughter relationship and the idea of goddess and protector of the planet. Amaluna is also the name of the mysterious island where this magical story unfolds.

A tribute to the work and voice of women 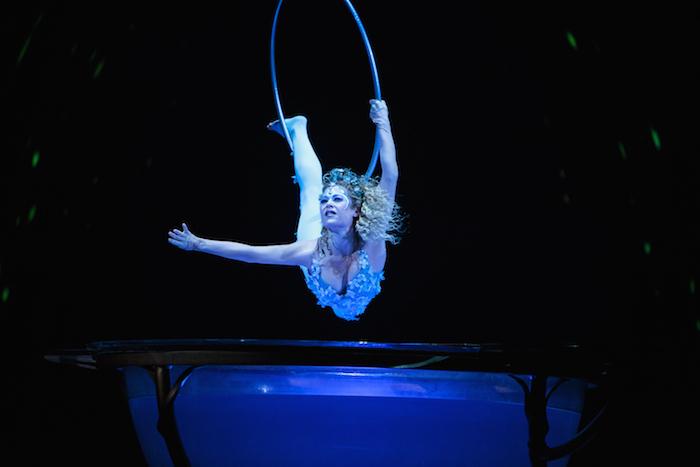 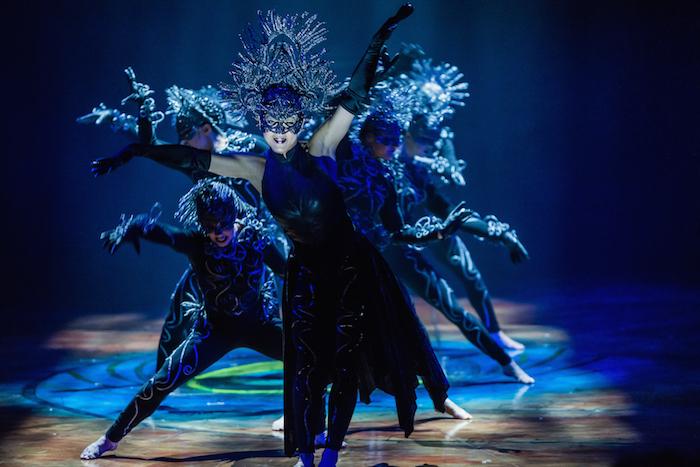 This is the first time that Cirque du Soleil: Amaluna features a cast that comprises a majority of women, with a 100% female band. ‘Amaluna’ is a tribute to the work and voice of women. This is a show with women at the centre of it. They are the heroines of the story. This show also has some classical influence from Shakespeare’s The Tempest. 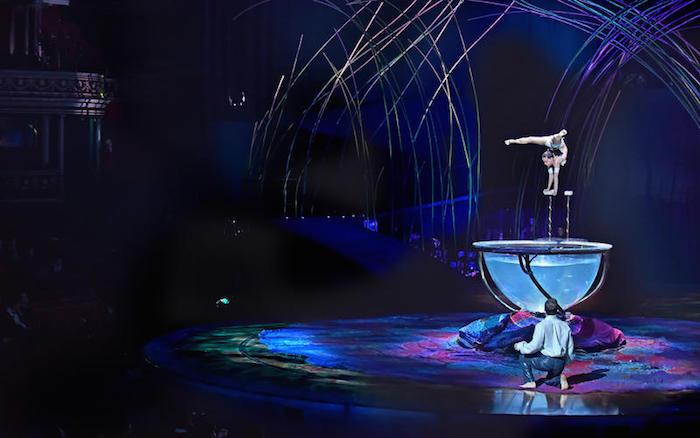 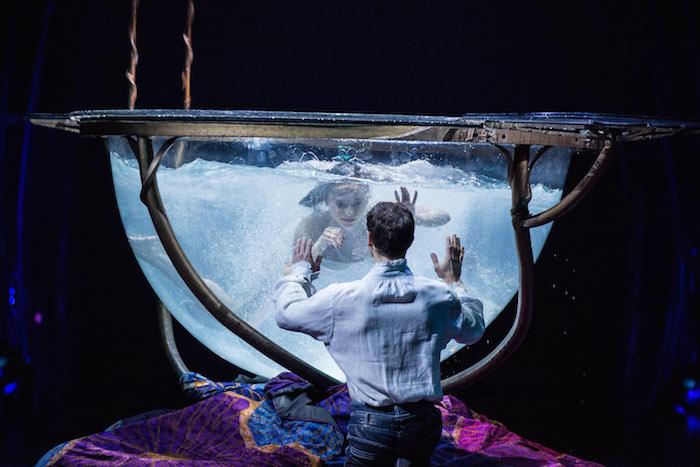 The show is spectacular. Every single detailed is amazing. The story was really interesting and the acts were mesmerising. The whole scene was fantastic. It is definitely the best acrobatic show that I have ever seen. There was an act that involves water and for me was one of the highlights of the night. 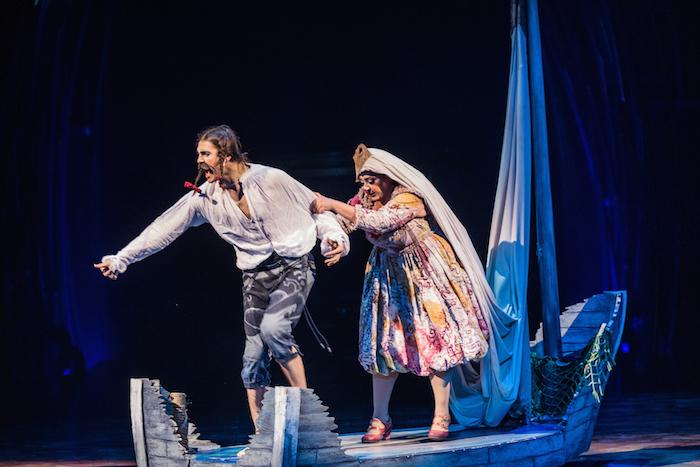 They also brought some fun, with its own style of ‘clowns’. I have not seen clowns like this couple but I must say that they made me giggle! 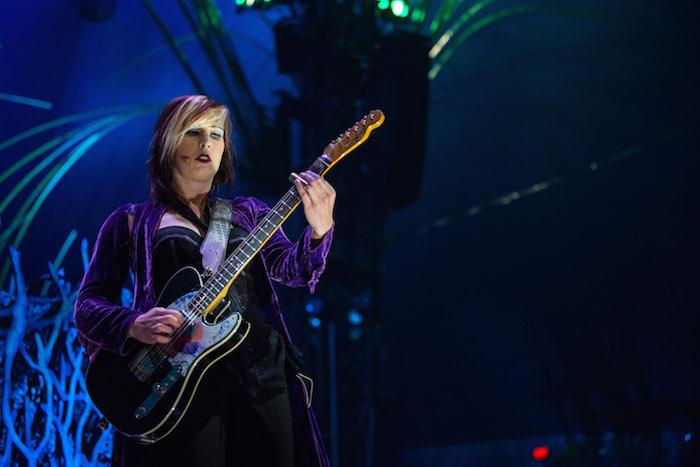 I really liked the idea of having live music accompanying the acts. The music was intense and moving. It felt contemporary and the best part was that it was played live by a band of women! This for me was brilliant as I really enjoyed how it added to the spectacle of the show. I was transported to the island of Almaluna via their music. 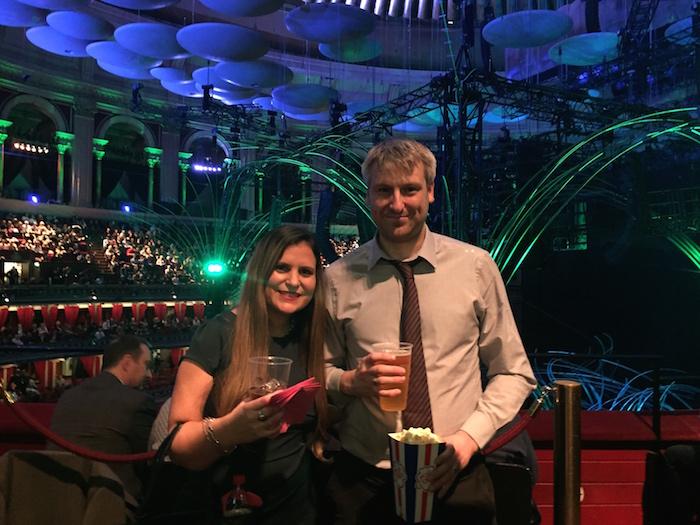 The show has an intermission of 20 minutes where we were able to go for a drink and something to eat. They were selling popcorn, so even though I found it super strange to be eating at the Albert Hall, I had some, LOL!

The show this year features two new acts not previously seen in the UK: Banquine and Unicycles. Both acts were fantastic! The show runs until the 26th February 2017. You can buy tickets from £49. You can find more information from their website. 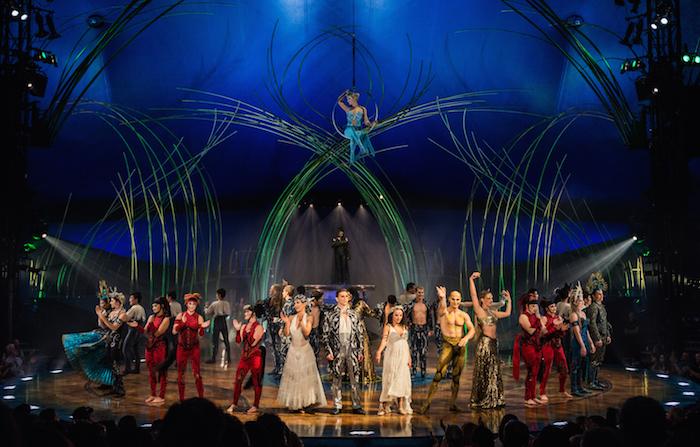 Have you been to a Cirque Du Soleil show before? Have you seen ‘Amaluna’? What do you think of it? Do you like the circus?

*Disclosure: We were invited to the opening of this show at the Royal Albert Hall for the purpose of this blog post. All thoughts and opinions are my own. We were not allowed to take photos during the show. The photos were provided by the PR.