Last weekend we were in the Midlands where Nick’s parents live and we decided to do something different. There are a lot of nice places around but this time we chose to visit Lichfield as it is a place that I have heard a lot of nice things about and I was looking forward to explore it with my family.

Lichfield is Staffordshire’s premier heritage city nestled in the heart of the country, just north of Birmingham. With a city that’s steeped in heritage and a district that’s alive with action and adventure, it’s really worth a visit!

The first thing we did was to go to Beacon Park. This park is amazing as it’s so beautiful with many things to do – lots of entertainment for the kids. We had a sunny day with some cloudy intervals that were coming and going and just a tiny little bit of rain but overall it was a beautiful sunny day. We were finally lucky in that regard!

From beautiful walks and fascinating wildlife, to a play area and an 18-hole par-3 golf course, Beacon Park offers something for everyone. It also has its own car park which is ideal if you have a picnic or kids bikes, etc. 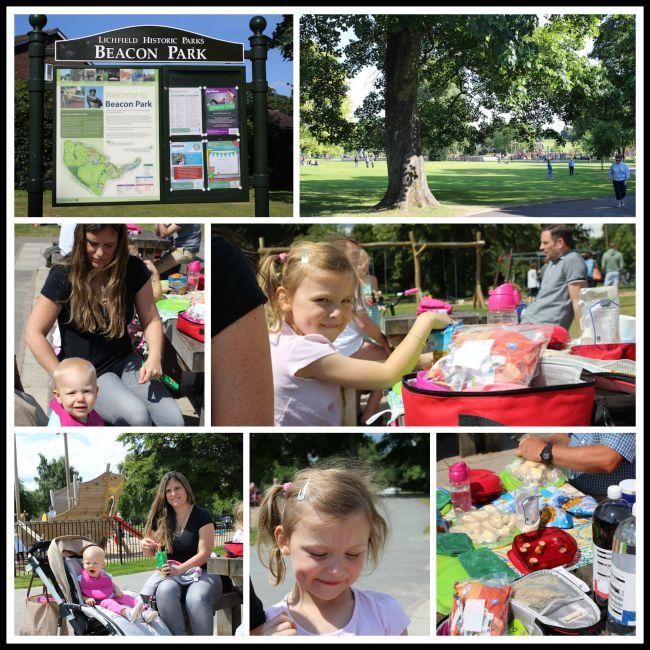 As soon as we arrived we had a picnic as we were very hungry. Bella was desperate to ride her bike. She has always used stabilisers but that morning Nick decided to take them off and Bella had practised a little bit in the house before we left so obviously it wasn’t enough and so she was eager to try it in the park. It was so amazing to watch as I never thought she was going to be able to do this so quickly. It literally took her a few tries. I was very impressed and proud of her. I will write a short post about it as I think it is an important development in a child’s life.

The playground in Beacon Park is fantastic. The sandpit area has a reasonable size and is really good, I was very impressed with it. We spent a fair amount of time there with the girls. After that we went for an ice cream. Bella and Nick went around the playground so Bella was able to keep riding her bike. They stopped by the donkey area – apparently they were very cute. 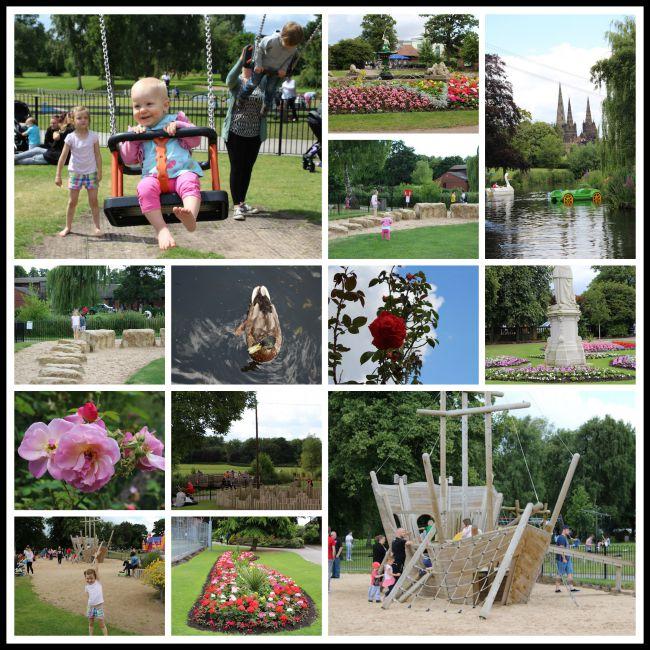 After that we thought it could be nice to go for a walk. You can get to the Cathedral quite easily from the park via nice walk past lots of nice flowers –  I must mention that this park has beautiful flowers. The arrangements are very nice. The cathedral is not far from the park as I mentioned before. It is such an impressive cathedral that is very beautiful both outside and in. They have recently renovated it so it looks immaculate – I was very impress with it. 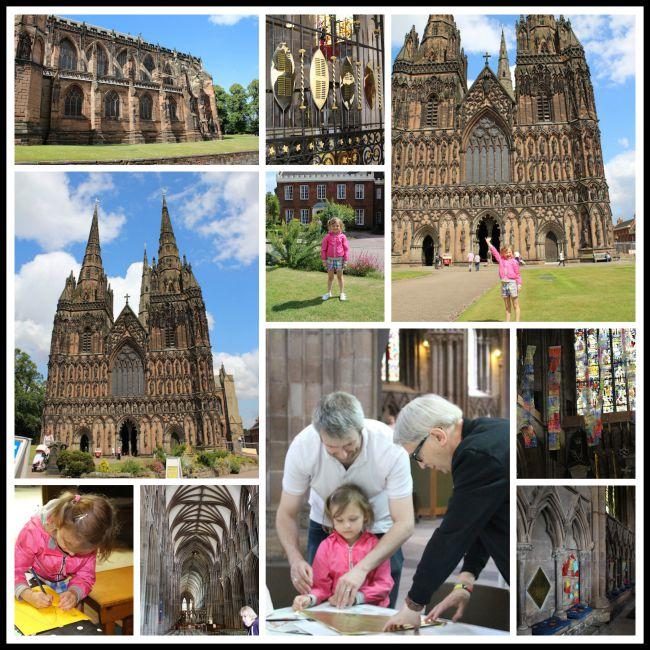 Lichfield Cathedral has a splendid setting and a fascinating history. Its three spires are unique amongst medieval cathedrals and are often referred to as ‘the Ladies of the Vale’. It has had a ten year programme of repair and cleaning. Facilities for visitors have been improved by a Visitors’ Study Centre, a tea room and a bookshop. Today concerts and major artistic events are often held in the Cathedral, especially in July when the annual International Lichfield Festival is held.

They have a children’s room with lots of books, toys, papers and pencils for drawing. They also had some activities for children such as brass rubbing and making an archbishop’s hat which I thought was quite nice. Bella really enjoyed making the archbishop’s hat.

After visiting the cathedral we headed into the town centre which was full of character with its old style buildings. It was lovely with lots of colour, I really loved having a stroll around. We were lucky because Sienna fell asleep for the whole walk so we were able to take our time enjoying the views.

We went around the centre and ended up again back at the park. It was still so sunny and warm that we decided to have a lie down in the sun for a bit -- I was tired and desperate for a rest. Unfortunately as soon as we arrived Sienna woke up so I didn’t have any rest – so typical! 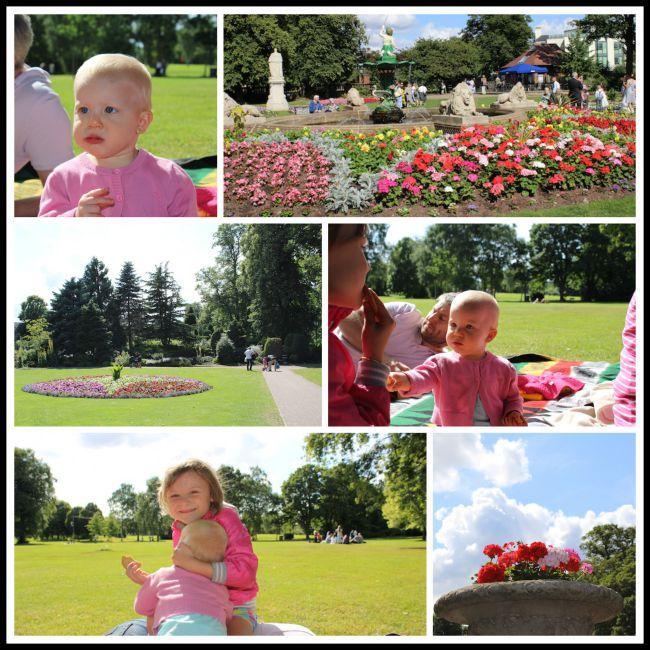 Bella went to the swings again with Nick and I stayed with Sienna. She was so happy after her nap and was in such a good mood. She played with the ball in the grass for a little bit. Nick and Bella came back and the girls had a great time together playing. I love the parks because I can let Sienna have a walk around on her own and she enjoys her freedom.

Around 5 pm we decided that it was time time to go so we packed and headed back to Nick’s parents place. The day passed very quick and it was lovely to have finally visited Lichfield. I highly recommend you to pay a visit, I’m sure you will love it. Your kids will especially love Beacon Park and its playground.

I hope you like this post. Have you been in Lichfield before? If yes, did you like it? Have you been at the Cathedral before? Please leave me comment below if you have been there.