We were invited to a really cool event where NOW TV had a Pop-Up Troll Salon. The event was to celebrate the release of family movie Trolls on NOW TV. We absolutely love this movie and my girls are in love with Poppy. It is so cute and funny. 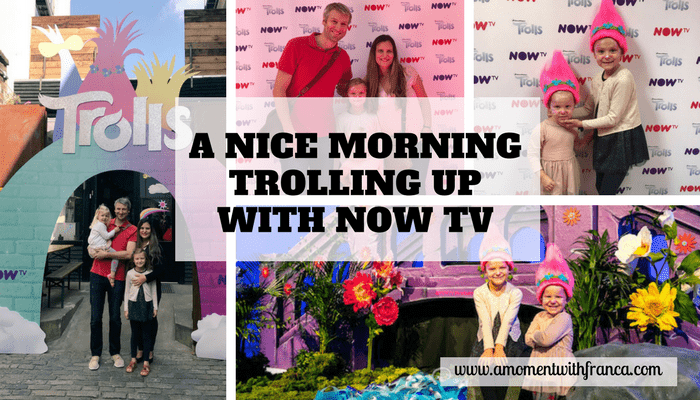 We have watched the movie again since it is now available on NOW TV and it has been so much fun to watch. My girls have loved watching it several times! 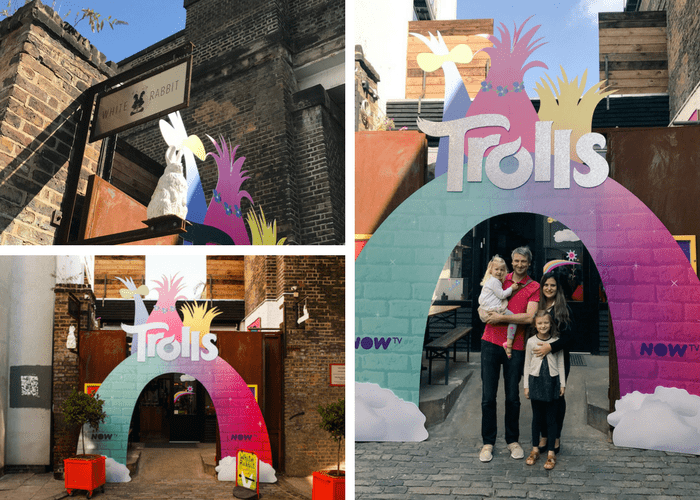 The event was held at the White Rabbit Cafe in Shoreditch. They transformed the whole venue into a fantastic Pop-Up Troll Salon. It was amazing! 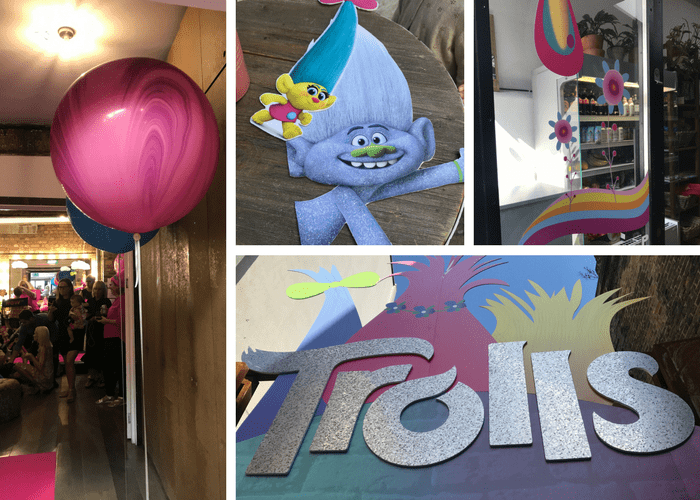 As soon as you arrived there was a magical Trolls themed entrance we passed through to enter the building. My girls were super excited about it. It felt like we were about to enter into a magical little Troll world! 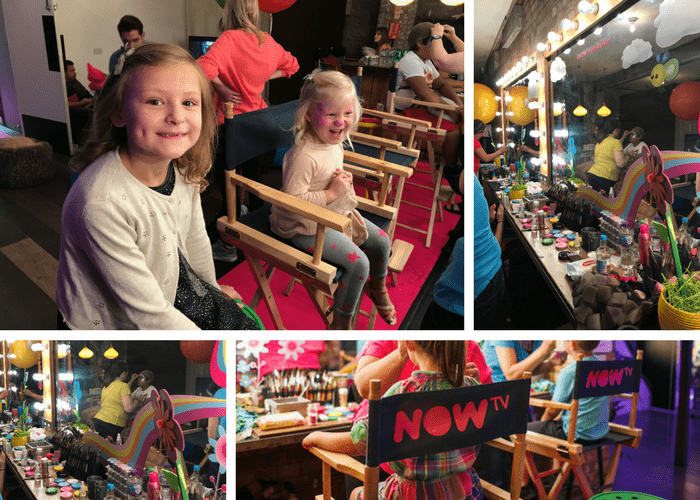 Inside the venue, at the back, crossing a fab pink carpet, you were able to see the pop-up Trolls salon. This area was transformed so all the cute kids that attended had their Troll make over done there. The salon’s stylists were offering free candy-coloured makeovers, inspired by three of the films beloved troll characters. This reminded me a little bit of the Trolls Poppy Styling Head we have at home. 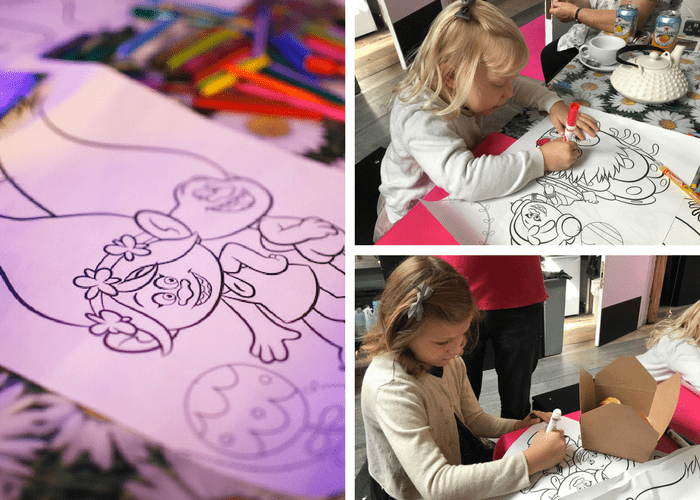 My girls felt a little bit shy to begin with and didn’t want makeovers straight away. We decided to go back to the cafe area near the entrance to have something to eat while they  did some Trolls themed coloring. We had  some lovely croissants and juices for the girls along with some much needed coffee for Nick and me. 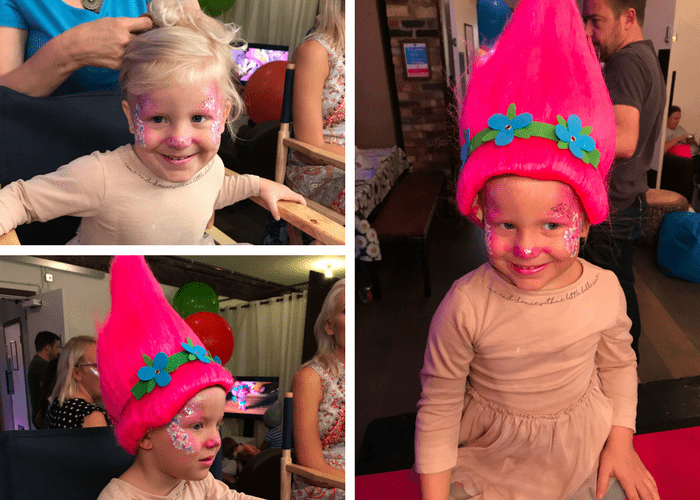 After this, they were more keen to do the makeover, so I asked Sienna if she was ready and she said yes, so I took her back to the salon area. Fortunately, there was a slot available, so Sienna sat down to start her turn. She was asked if she wanted to get Poppy’s positively pink look, Smidge’s luscious blue locks or Guy Diamond’s glitterific get-up. And of course, she chose Poppy’s look. She really wanted to wear the pink wig. She was very happy to do the whole transformation! 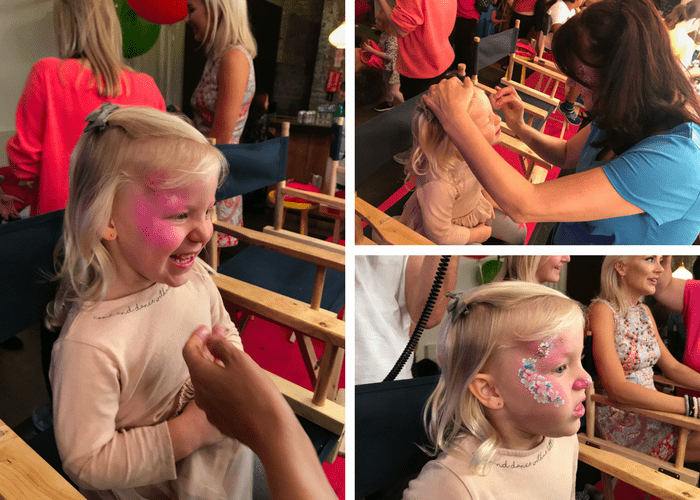 They started doing her face, then they put the wig and finally the headband. OMG, she looked so cute! She became a little Poppy! She was so happy! 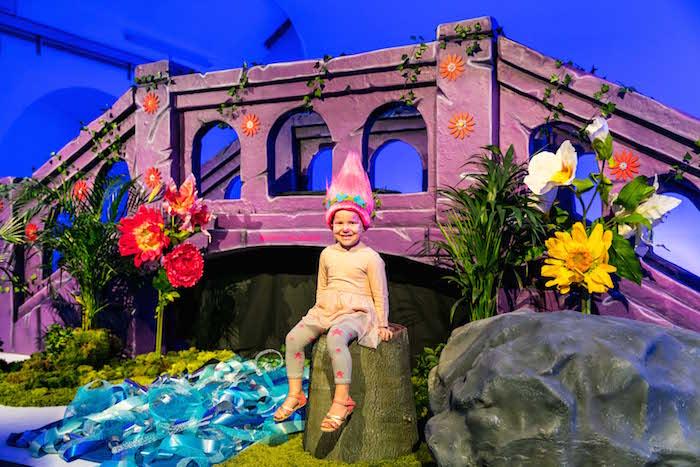 Once ready, she went to the troll bridge that they had created for the photoshoot. The decoration was amazing! You really felt that you were in this dream land. They took some photos of her and printed a copy for us too. 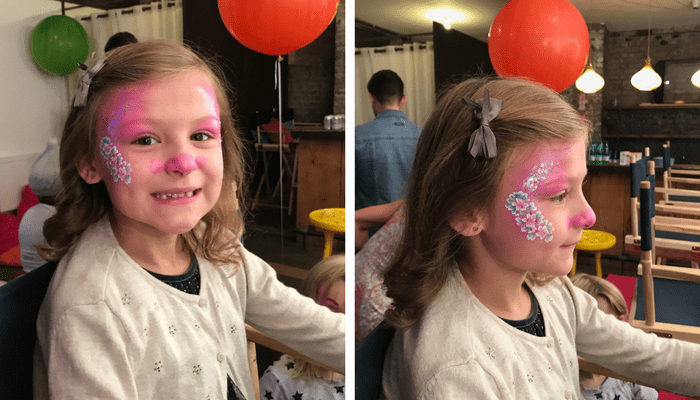 It was then Bella’s turn. When they asked her if she wanted to get the wig, she said yes. I was very surprised as I thought she would choose just the head band but she really wanted to have the whole transformation. I was so impressed with the makeover. She looked super cute! 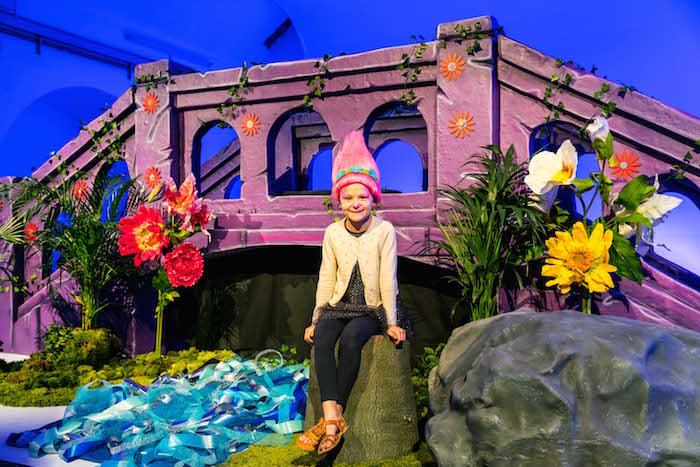 After that she also had some photos done on her own. It was really nice of them to get a photo printed for each of the girls. It was very thoughtful. It was cool looking at her posing for the camera. 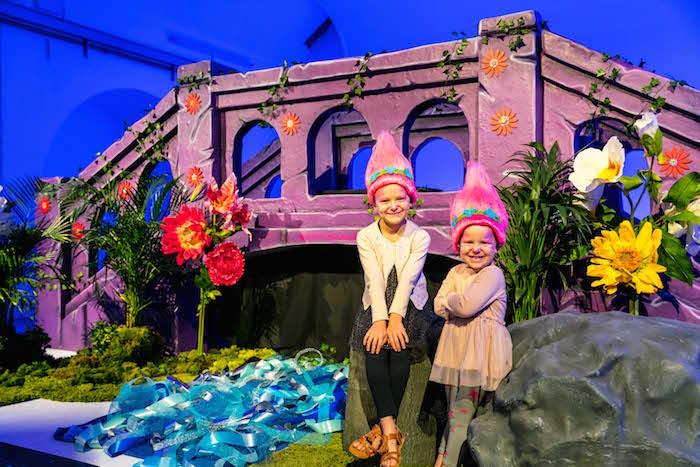 And then they also suggested having one photo of them together! Happy times! I don’t normally have photos of them with all that glam so it was perfect to get a special souvenir photo of the day!

If you would like to create the totally troll-some look at home, NOW TV has teamed up with award-winning face paint professionals to make a simple, step-by-step Troll makeover tutorial, please CLICK HERE FOR THE VIDEO. With the help of the enchanted professional face painter Susie Hillman, this video shows you how to recreate the Poppy look. 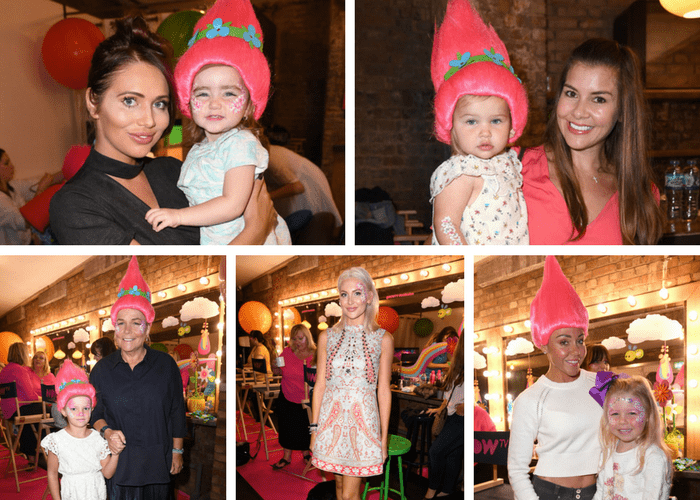 I was surprised to see some celebrities there too. I really didn’t expect that. They invited Stephanie Pratt, Imogen Thomas, Linda Robson, Michelle Heaton and Amy Childs to troll up too. They were all with their kids, apart from Stephanie who brought her cute little doggies. 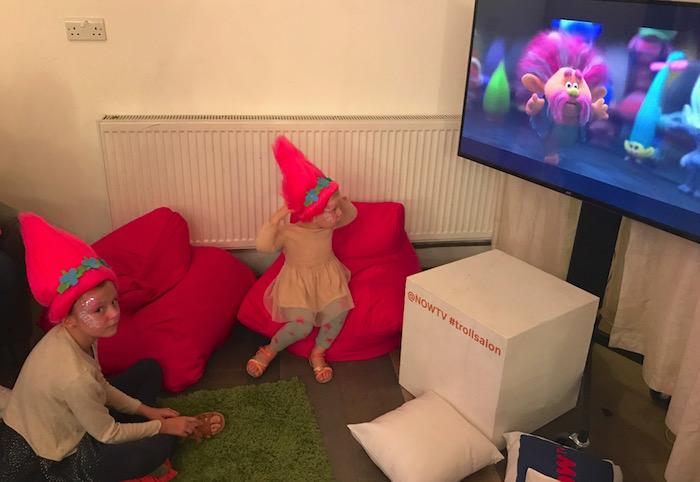 They also had a screening area where they were showing the movie Trolls, of course, and all the kids were having a great time watching it. 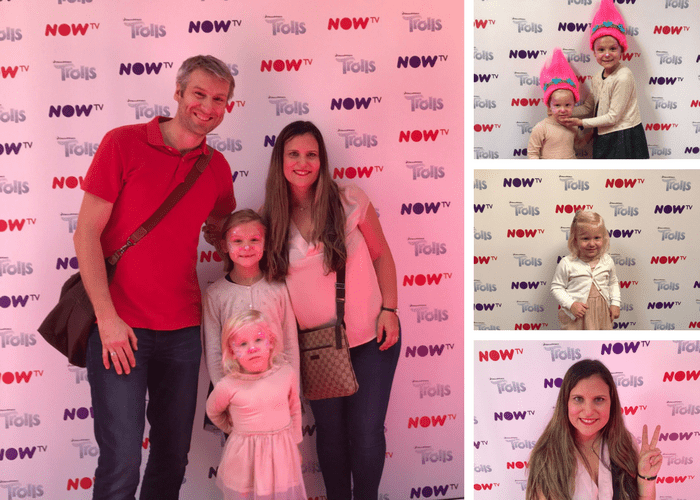 Before we left we had our photos taken in the NOW TV area. It was cool to get a family photo as this can be so hard to do sometimes!

My girls had a blast that morning and they didn’t stop talking about it for the whole journey back home! Bless them! Thank you so much NOW TV for inviting us to this cool event! 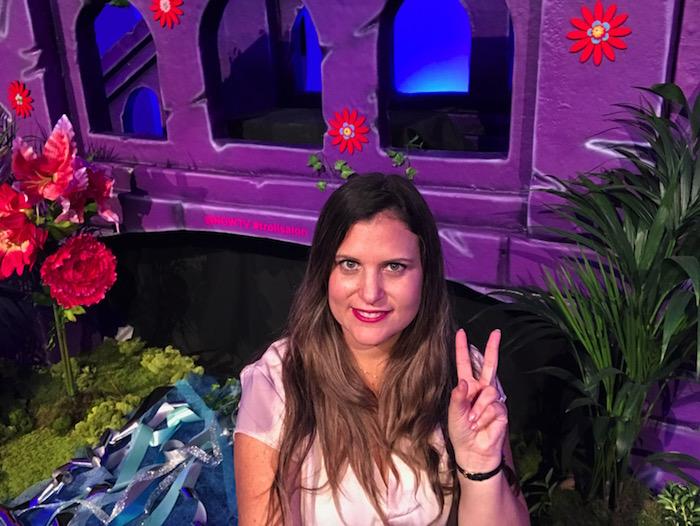 Trolls and other great family favourites are now available on TV streaming service NOW TV with a Sky Cinema Pass, available for £9.99, contract free. Since the event, we have watched the movie at home several times as well as other cool family movies! It has been so much fun!

Have you seen Trolls? Are your kids or maybe even you a fan? What do you think of the makeovers? Will you give it ago at home?

*Disclosure: we were invited to this event for the purpose of this blog post. However, all thoughts and opinions are my own.