My girls have been fans of Peppa Pig for so many years now. I have mentioned this several times but yes they love that show. So being able to visit Peppa Pig World is of course a fabulous day out for them. We have visited Peppa Pig World at Paulton’s Park a couple of times already but this time was even more special because we received a Royal Invitation! Yes, we received an exclusive invitation to attend the launch of 2 new rides that were only open for the press on the day that we went. 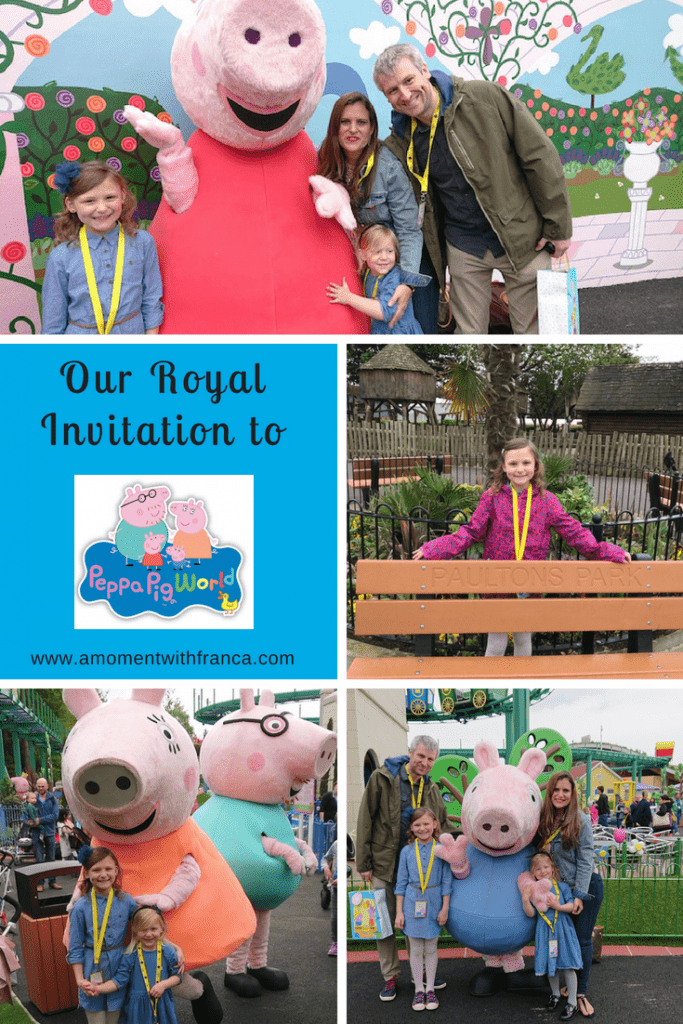 We travelled on a Friday to Southampton and stayed in a hotel for the night. We wanted to be close to the park so in the morning we didn’t need to rush too much, as travelling directly from London on the same day would have been a much longer and stressful journey.

We arrived first thing in the morning. We passed through security and cross a special gate that was organised for the press to be able to test the new rides. Not only the girls were excited. I am not going to lie, I was so looking forward to trying the two new rides for their Grand Preview Event. 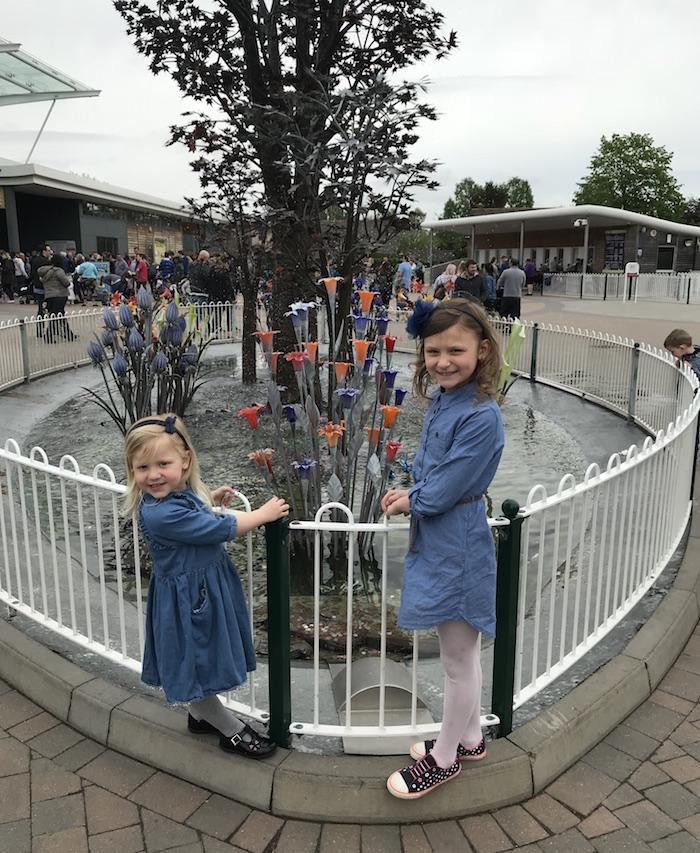 Peppa Pig World continues to be very popular and attracts huge numbers of visitors from all over the world in the six years since its opening. It is definitely getting bigger and better as Paultons Park finalised a significant extension with fun new rides and facilities. 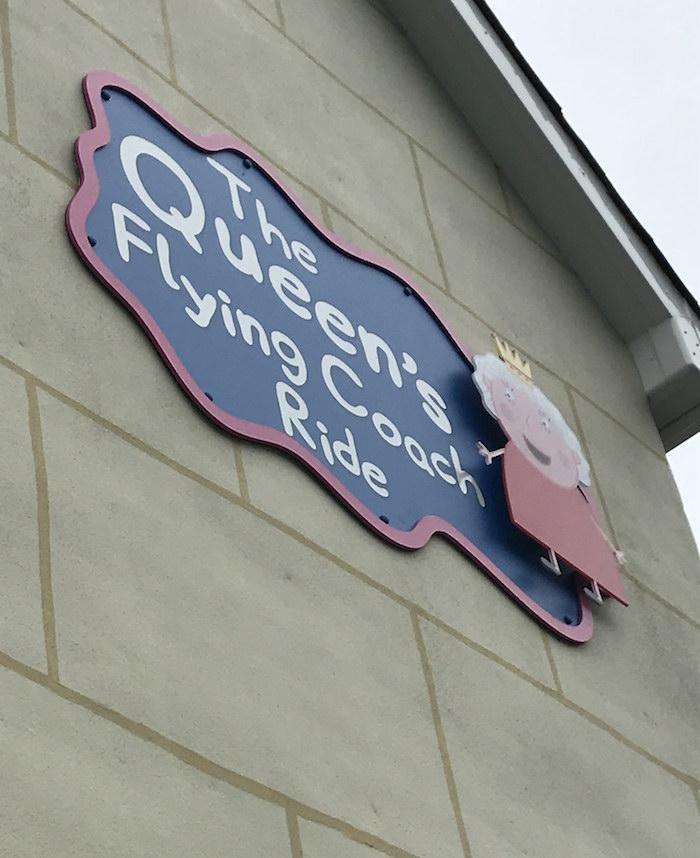 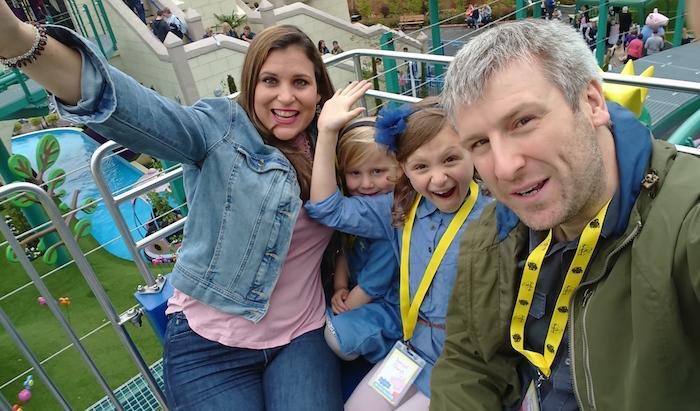 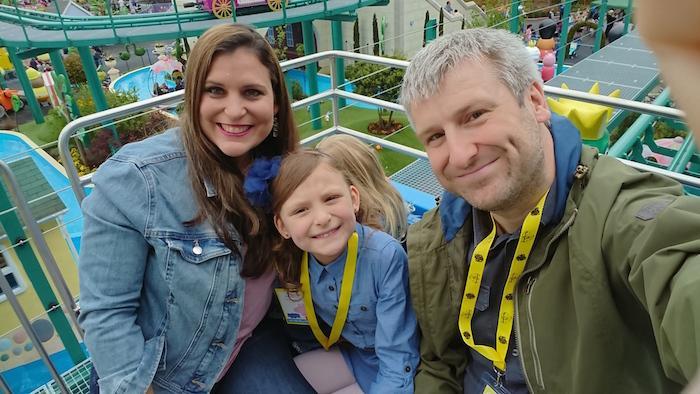 On this ride, you will be able to take a tour around the newly extended part of Peppa Pig World in individual coaches on a monorail that starts from the top of the Queen’s castle, a signature point of the attraction.

This is the first ride that we did. This ride is lovely because you are able to see the whole park from there. It is great to have an idea of the rides that are available as well as enjoying panoramic views of Peppa Pig World and the Park beyond. My girls really enjoyed this ride. 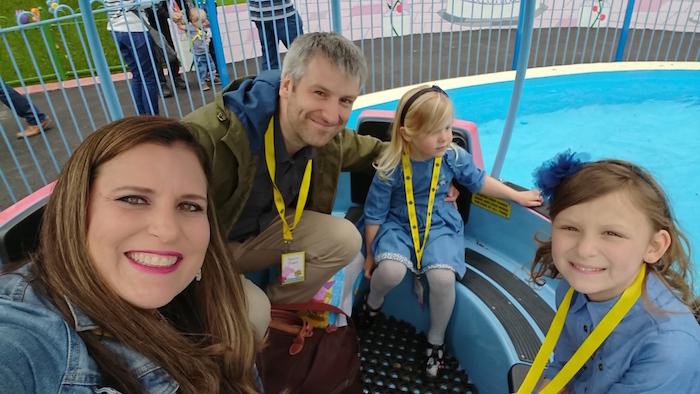 As well as the new rides, Paultons Park has also created an additional dedicated baby care centre and a new catering outlet called The Queen’s Kitchen, in Peppa Pig World.

With the addition of the two new rides, there are now nine rides in total at Peppa Pig World, as well as an indoor play area, water splash area, and the largest and only dedicated Peppa Pig shop in the world. There is also a chance for children to visit Peppa and her family in their hilltop house. 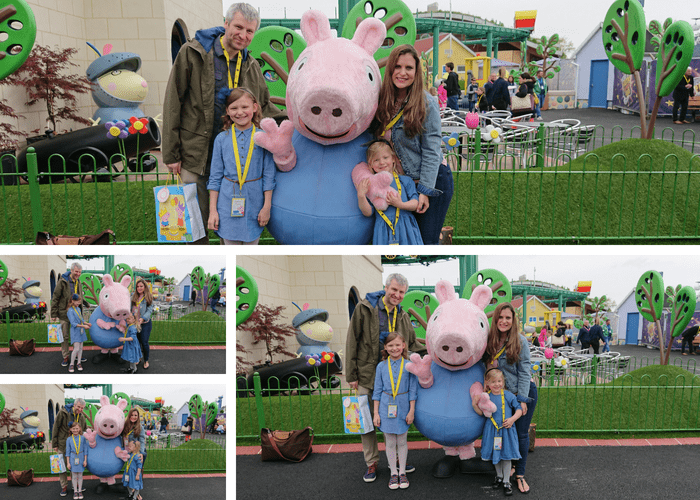 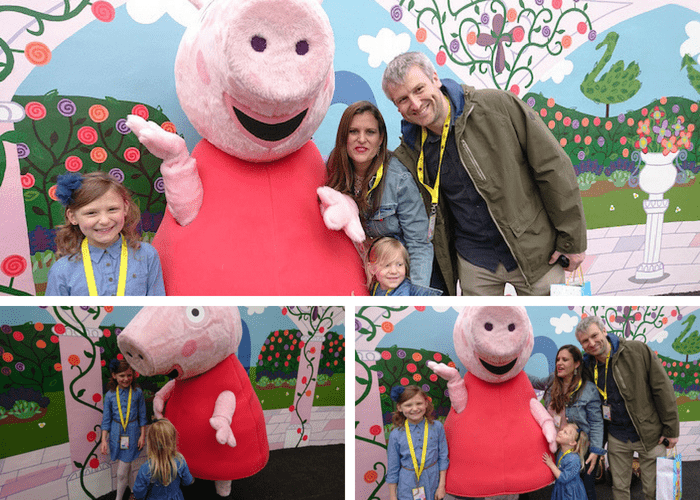 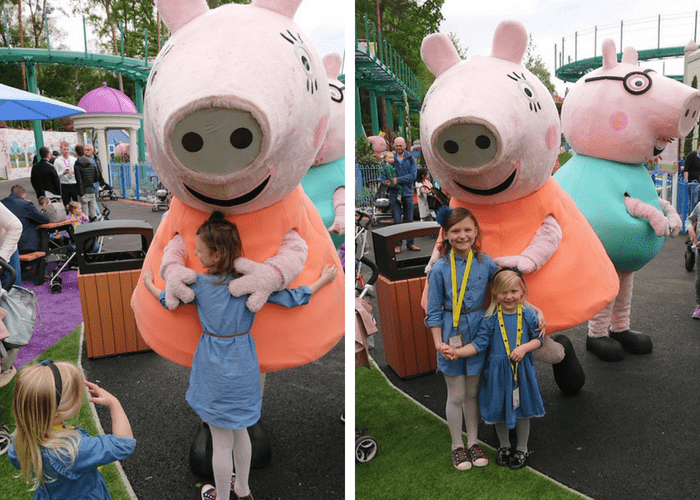 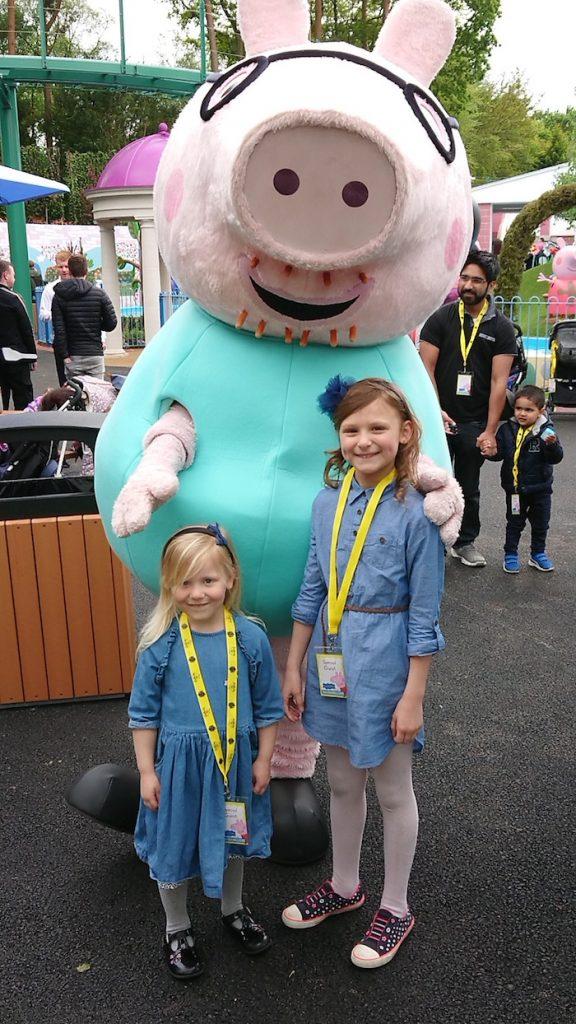 We were so excited that the main characters were walking around greeting people during our visit. So we had the chance to get photos with George, Peppa, Daddy Pig and Mummy Pig. My girls absolutely loved this! Even Bella who is older really wanted some photos with them! Bless her! 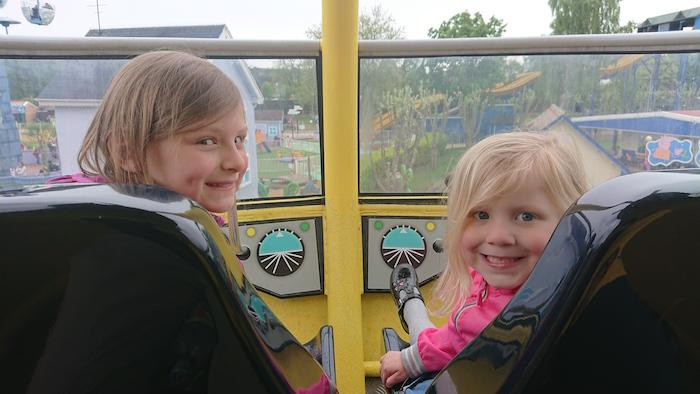 We then went out of the new area to browse around the other rides. Sienna really wanted to do the helicopter ride so we did that too. 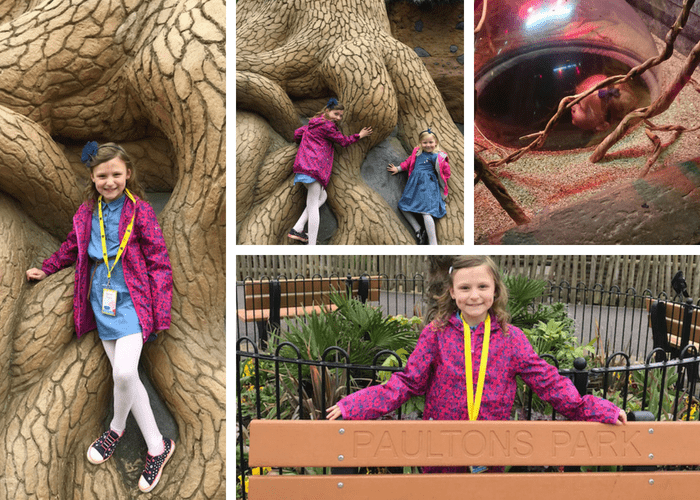 Bella then wanted to do some of the bigger rides outside of the Peppa Pig area. So we chose some other fun rides. I shared all our experiences at Peppa Pig World and Paultons Park on my Instagram stories. You can still watch them all under the highlights called Peppa Pig World Here.

A ticket for a family of 4 costs £113 if you do it online. On the day will cost you £133. So you can save £20 if you book in advance. Opening times are from 10 am to 5 pm. There are lockers around the park so you can leave your belongings there if you all want to jump onto bigger rides and you don’t want to carry heavy bags with you. This is very handy. 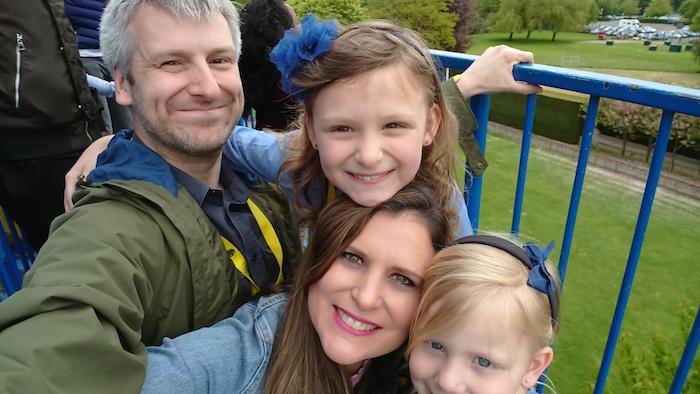 Overall a visit to Peppa Pig World at Paultons Park is always a lot of fun for the little ones. There is a lot to do and different places to eat. They also have a soft play area that my girls absolutely love. They can literally stay there playing for more than an hour going up and down the slides. We had a fabulous time.

Have you been to Peppa Pig World before? What do you think of their two new rides? Will you take your little ones perhaps this summer?

*Disclosure: We received complimentary entry to Paultons Park in order to attend the grand opening for the purpose of this blog post. However, all thoughts and opinions are my own.