We received a new game to review which was a lot of fun to play. It’s called Speedy Bin. This game is different as I don’t think I have seen  anything quite like it before. It is made by IMC Toys and it is part of their Play Fun range. I was very happy to find out that I am also able to offer this game as a giveaway to one my lucky readers! How fantastic is that? 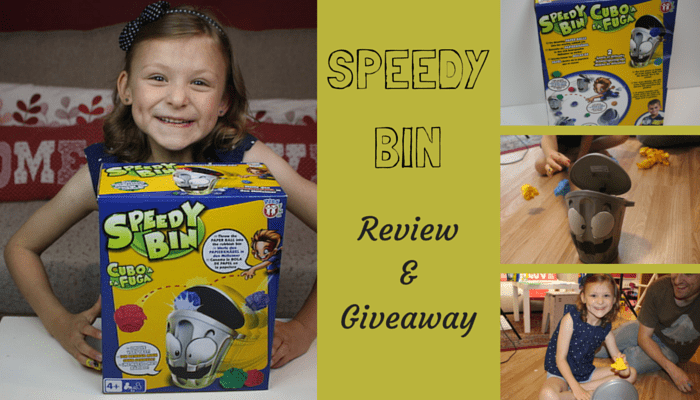 Bella was very excited to play this game because as soon as she saw the fun drawing of the speedy bin on the front of the box she was desperate to play. 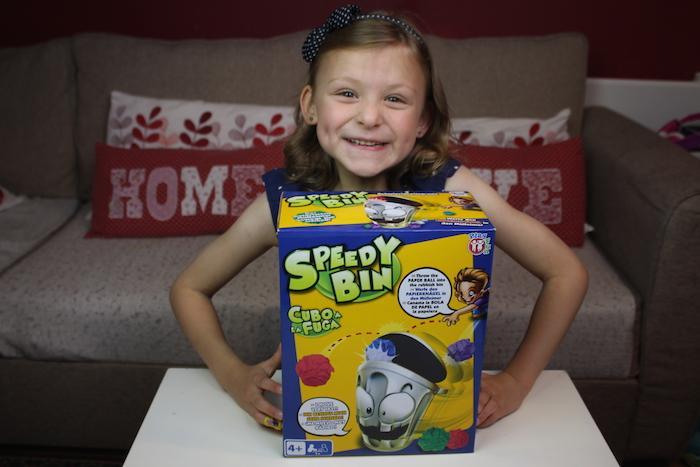 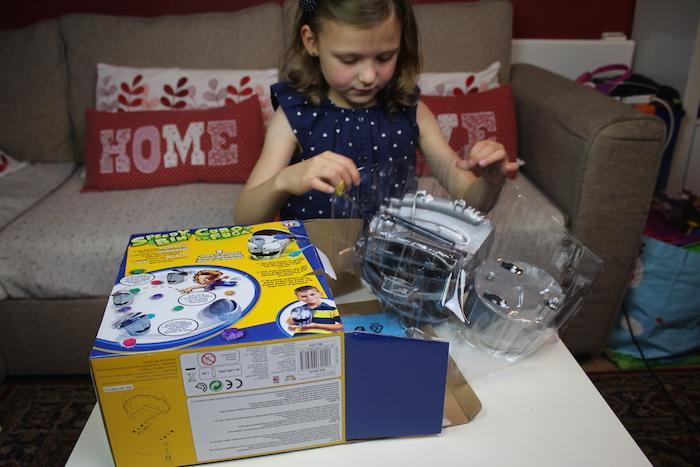 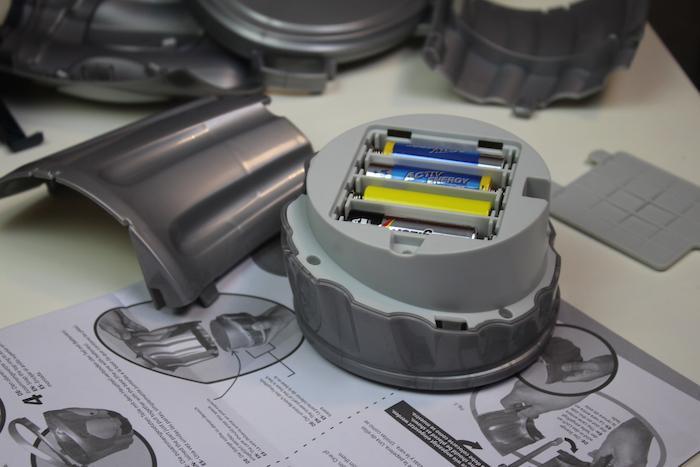 When Bella opened the box, she realised we needed to put the bin together. Bella removed all the pieces from the box and laid on the table. We had daddy around this time so he helped her with it. The game requires 4 x AA batteries that were not included so please be aware of that as you don’t want disappointed faces when trying to play the game. Luckily we had some batteries on hand at home so we were able to play. 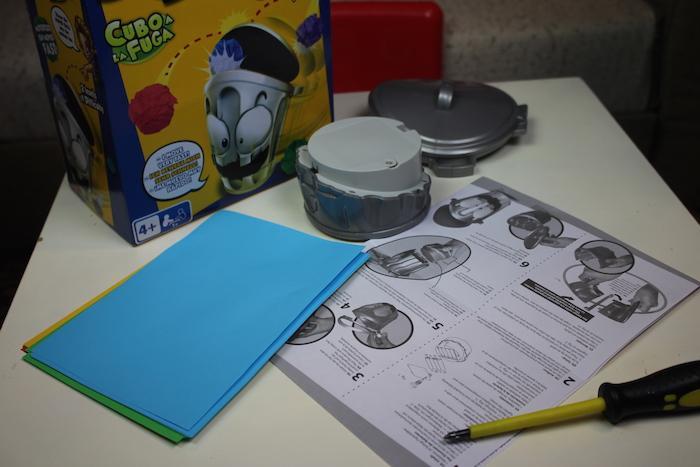 The set contains 1 x Speedy Bin and 4 sets of coloured paper: green, blue, yellow and red which you will need to squeeze into small balls to then can use to throw in the bin. 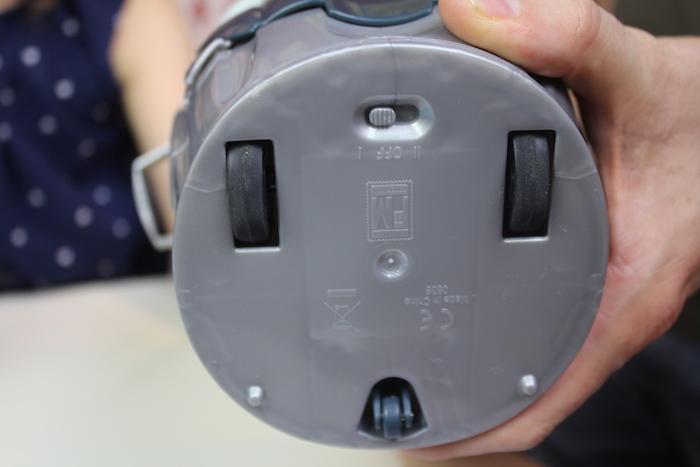 The purpose of the game is to throw all your paper into Speedy Bin (moving rubbish bin) to win the game. The moving rubbish bin has different settings. You can have it in either fast or super fast mode. I find that the super fast mode is indeed very fast and is not the best mode to start with for the first time. We put it into the fast mode first which was easier for  Bella to get used to as she is only 6 years old. 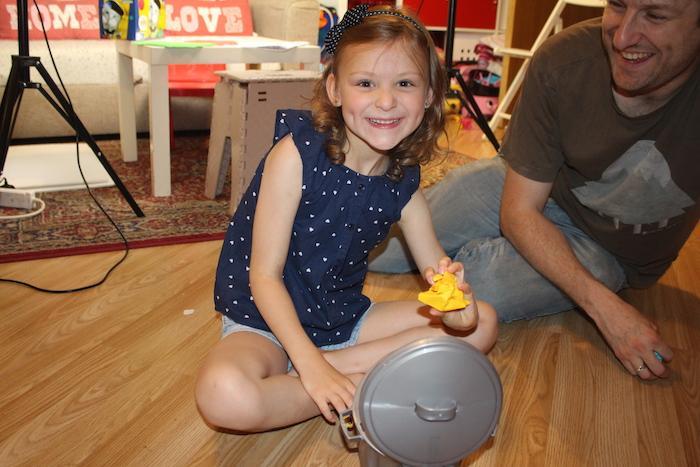 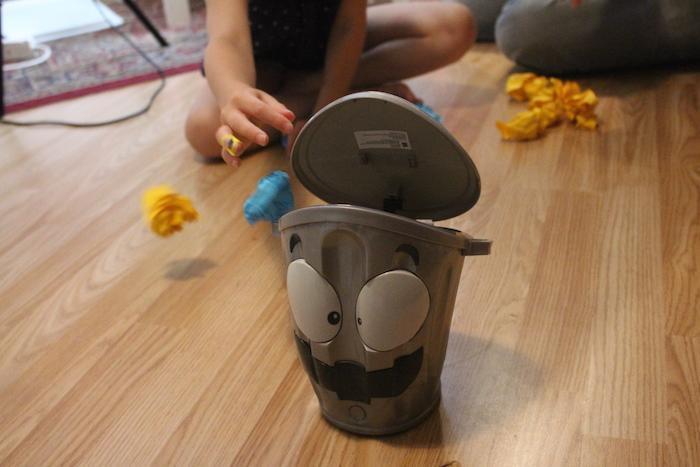 The lid on Speedy Bin moves up and down so you have to pay attention when it opens so you can throw your coloured paper ball inside the bin. It is not that easy as it moves around very quickly. However in the fast mode it was much easier to aim the balls inside of the bin.

Bella found it hilarious that the rubbish bin was able to move around and when we had Sienna around it was a lot of fun too. This game is suitable for ages 4 onwards and for up to 4 players. So, even though Sienna was too little to play this game it was okay to have her around with supervision. However, she didn’t get the purpose of the game so she only enjoyed picking up the speedy bin every time it approached her, LOL! 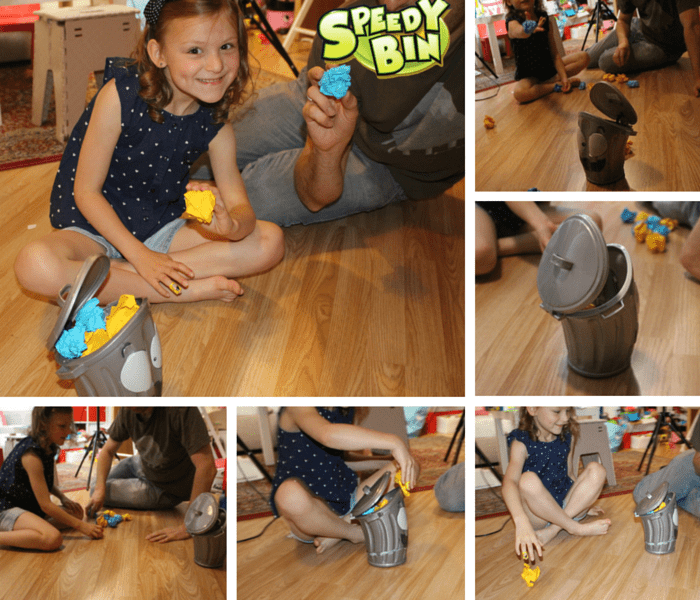 We did a short film so you can see how the game works but I think the life of the batteries where running out so the bin was not moving that fast. It is a shame though as when we first played it, the bin was moving super fast. That made it a but easier for Bella in the end.

Bella loves playing this game. She especially loves beating daddy, LOL! She was surprisingly better than him and we were all very impressed! This is definitely a fun game to have when Bella is having a play date or when we have her grandparents around. It is always something different to do and easy to entertain the kids during the summer.

The retail price for this game is £24.95 but you can find it for less in most toy stores like Smyths Toys, Argos, Ebay or Amazon.

Have you heard of IMC Toys before? Do you have any at home? What do you think of the Speedy Bin? Would you like to get one for your kids too? Please leave a comment below as I would love to hear what you think.

*Disclaimer: I received the Speedy Bin Toy from IMC Toys for the purpose of this review but all opinion and thoughts are my own. I was also offered the opportunity to giveaway the same game to one of my readers.