If you have been following our social media you are probably now aware that we are thrilled because we have been chosen by Kinder Ice Cream together with Mumsnet to be Kinder Ice Cream Ambassadors for the summer! We feel not only honoured to be chosen but also super excited to try their delicious ice creams during the whole summer! Yee! 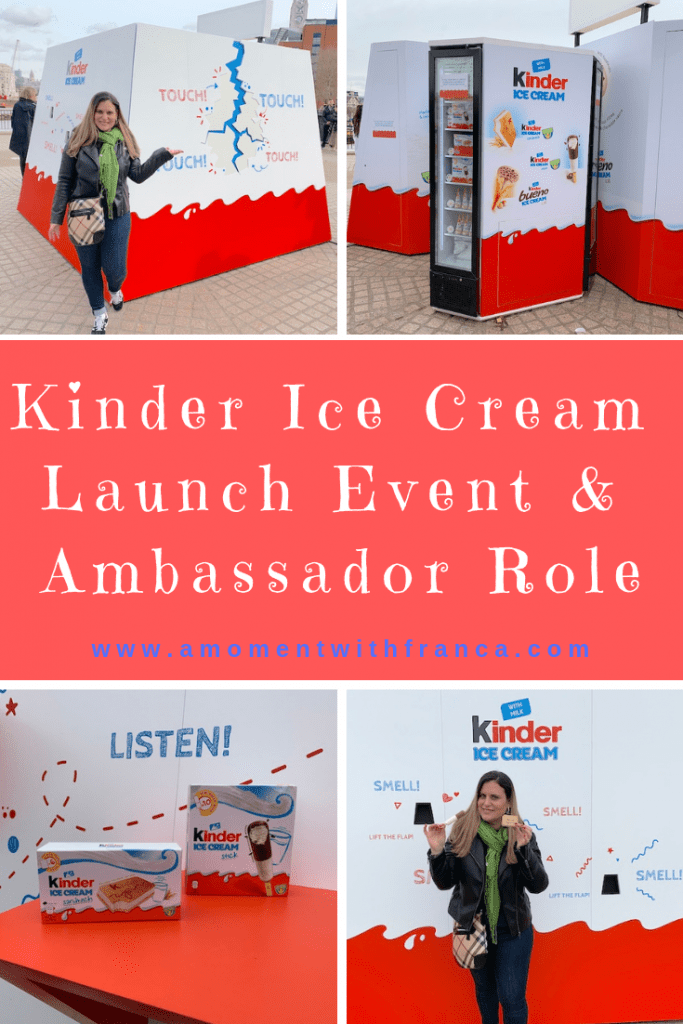 I am sure you are all familiar with the Kinder brand and their tasty chocolates. Well, they are now entering the world of ice-cream with three tasty family treats under Kinder Ice cream. 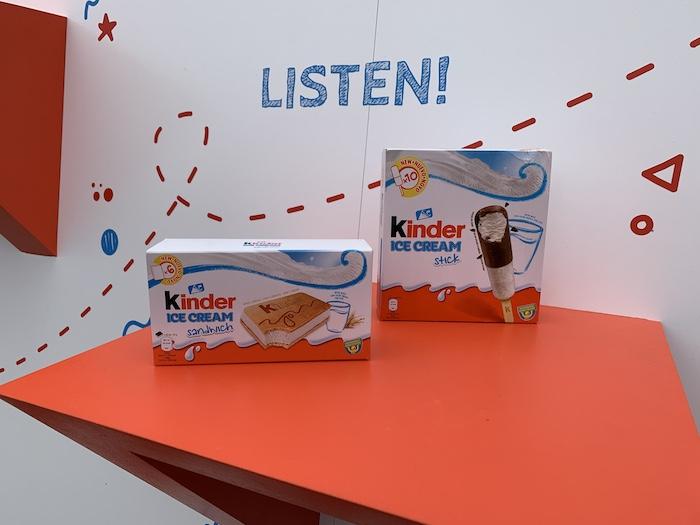 The new Kinder Ice Cream range includes three yummy treats, that are now available for families to choose from: 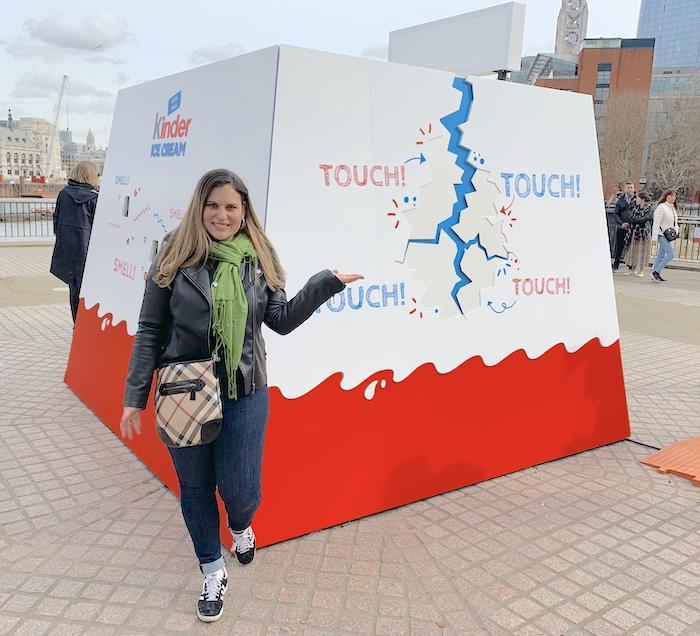 I was excited to attend the launch event but not only because I was finally going to try these delicious ice creams but because I would be going back in time to remember all those lovely summer memories and be able to of course create new memories with our family.

Two Kinder Ice Cream Memory Boxes were created to bring this nostalgic, care-free feeling of days gone by to life for everyone to enjoy. There were two main events happening simultaneously during the weekend. One was in Liverpool at Paradise Place, Liverpool One and the other one was in London at the Observation point in Southbank. 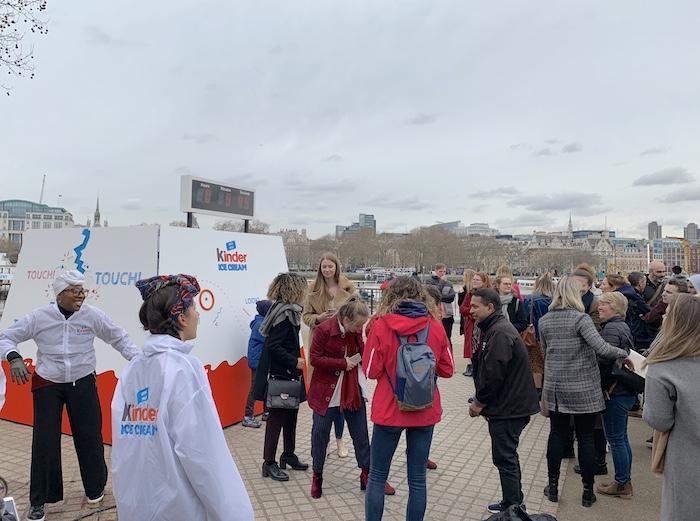 Crowd of people around the memory box in London

Knowing all of this, on the morning of Friday 8th March, I headed to the Observation Point to attend this exciting event. I was ready to experience this care-free summer feeling that Kinder Ice cream is stirring up to us in the middle of the winter and of course emerge into the new Kinder Ice cream world.

The day was very sunny but very cold so it was an interesting mixture of feelings already. As soon as I arrived, I saw the memory box in front of the Thames. It was super cool! 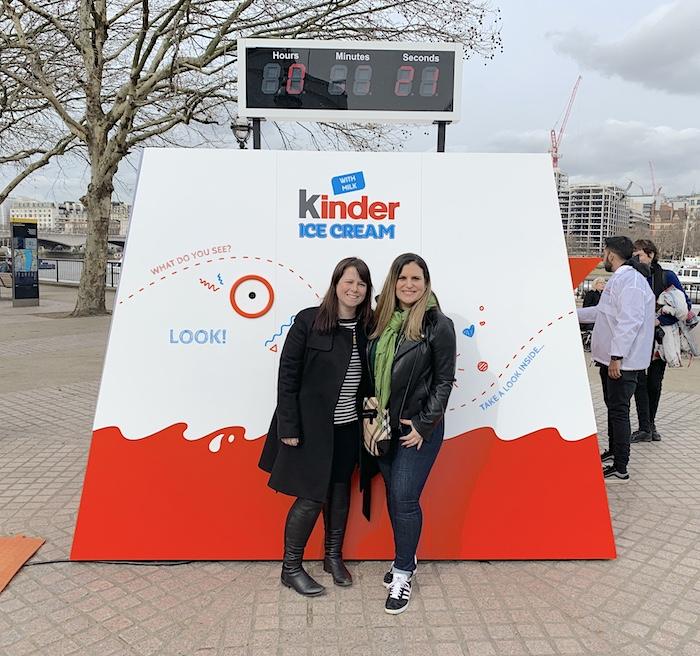 As well as meeting the Mumsnet team it was also nice to meet with Clare from Mudpie Fridays who is also an Ambassador. We were very excited to meet after a long time as well as being able to work together on this project during the summer. Together with Clare and I, there is also Laura from Five Little Doves which is the 3rd Ambassador chosen. She attended the event in Liverpool. We all 3 would be working together with Kinder Ice Cream.

Also, I  managed to spot a few celebrities including Vogue Williams and some of the cast of Made in Chelsea. It was fun to see them in person. 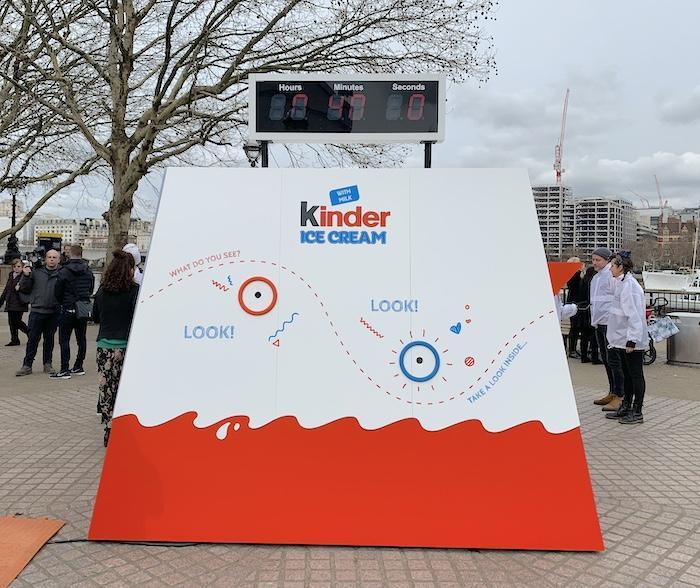 The memory box was divided into senses so each side had a sense that you were able to experience. So we had touch, sight, hearing and smell. The idea was that for a brief moment you were able to travel down memory lane where childhood memories of sunny days and ice cream are brought to life through touch, smell, hearing and sight. Only four of the senses were represented because the fifth and perhaps most important one – taste – was coming later! 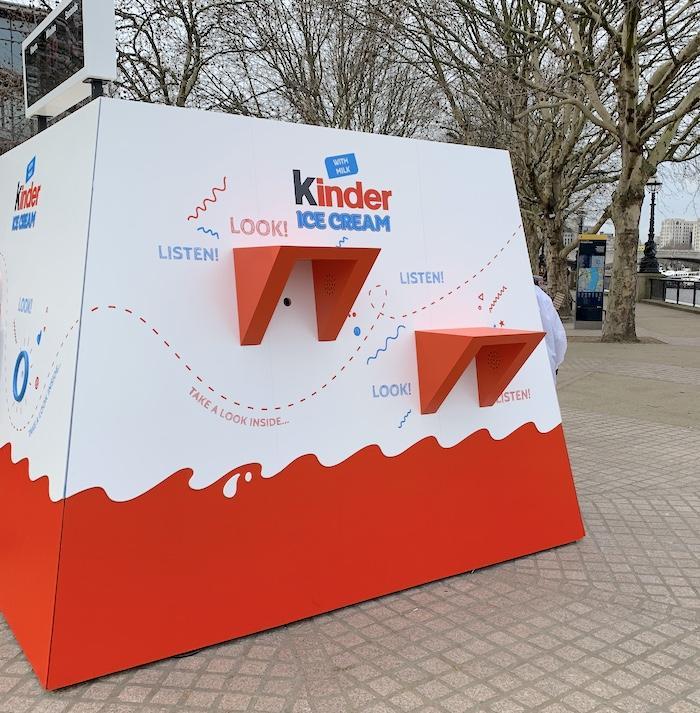 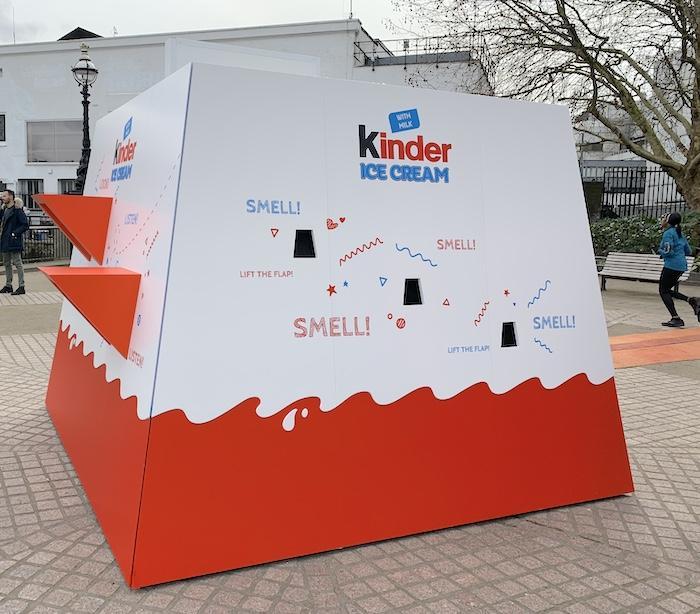 So, going around the memory box, you were able to touch a very frozen wall, look at some lovely memories of families eating ice cream on the beach, listen to the sound of the wind on the beach and the sea waves, and finally, you were able to smell chocolate. It was an amazing sensory journey!

THE COUNTDOWN & MOMENT WE WERE ALL WAITING 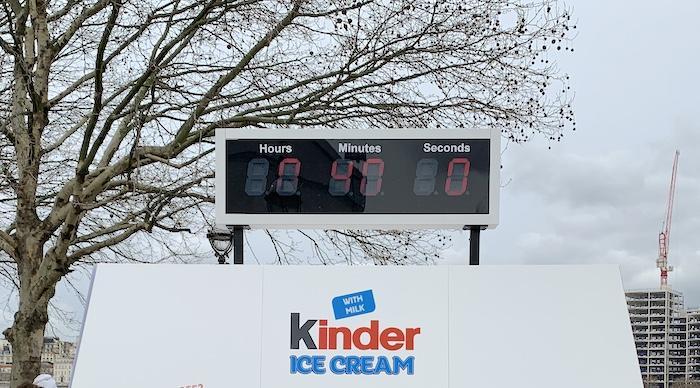 To create more excitement and anticipation, there was a countdown clock at the top of the memory box. It was a simultaneous countdown that was taking place in both cities: London and Liverpool. 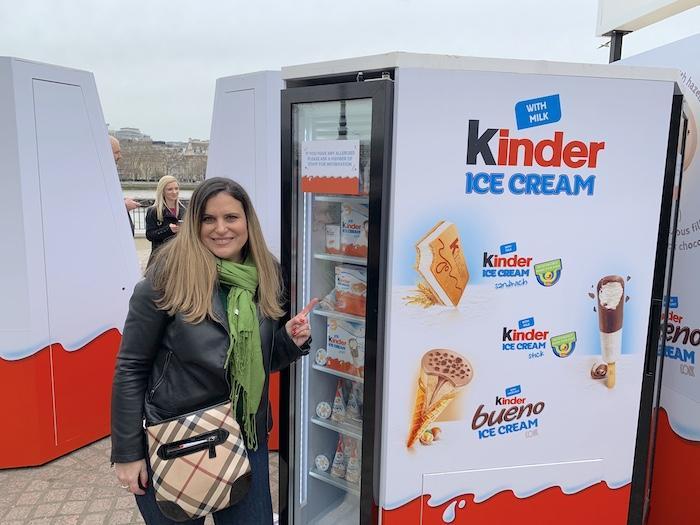 Finally, at 12 pm the big reveal happened and we were finally able to taste two of the three new ice cream products. It was so exciting to finally see what was inside the memory box. So the memory box opened to reveal a freezer containing the new ice creams. It was amazing to watch. 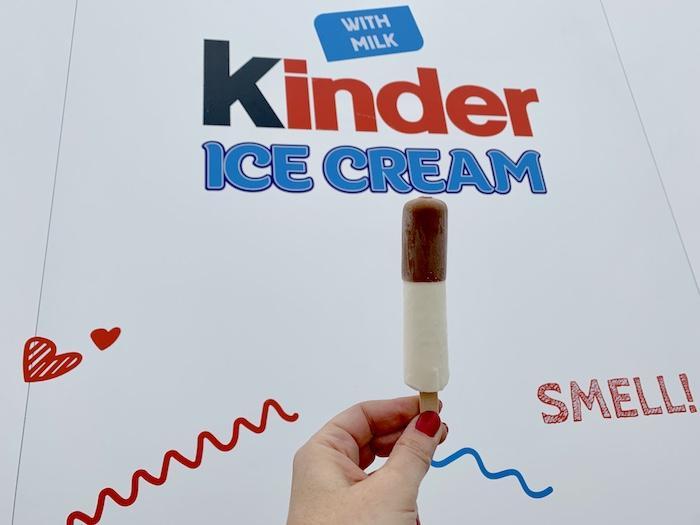 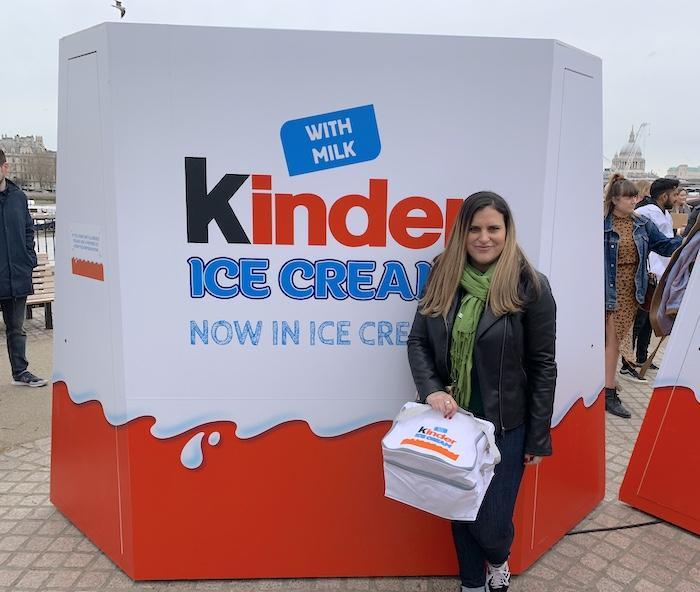 Once I was home, I showed the girls the boxes and they were jumping up and down with excitement! Bless them! They thought it would only be me trying the ice creams at the event so they had a massive smile when they saw me, LOL!

The girls loved them! They are not only delicious but they also have 100 calories or less. I also liked that they come in small portion sizes which is perfect for little hands as well as the perfect amount for them. They also feature Wall’s ‘Responsibly Made For Kids’ logo which is very important too. 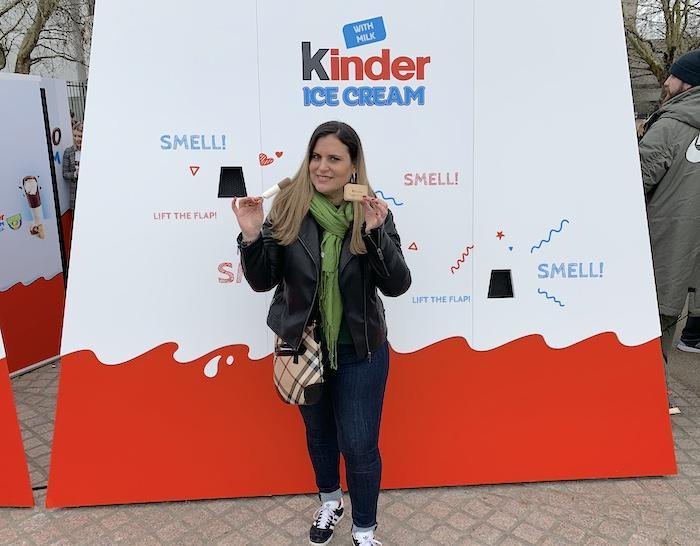 Are you looking forward to trying the new Kinder Ice Creams?

*Disclosure: This is a sponsored post. I’m working with Unilever and Mumsnet as an Ambassador of their new Kinder Ice Creams that have been recently launched in the UK.