A couple of weeks ago, I wrote a blog post in a collaboration with Sony about the Sony Xperia XZ1 Smartphone – My First Impressions. I mentioned that I would be sharing my thoughts on this mobile phone after a few weeks of using it. So after having the phone for a few weeks, I now have a clearer idea of how it works. I will go through the main features showing you photos and videos that I have taken with this phone. I am impressed with the quality of the images and video recordings that the Xperia XZ1 captures – they are amazing. I have been taking the phone with me everywhere so I was able to try it in a good variety of conditions such as using it in dark or low light, recording video on the move (and of moving objects too), capturing key moments with super slow-motion recording, and taking a burst of images to test out the autofocus burst feature to get the best still without having to worry about pressing the shutter button at just the right moment. 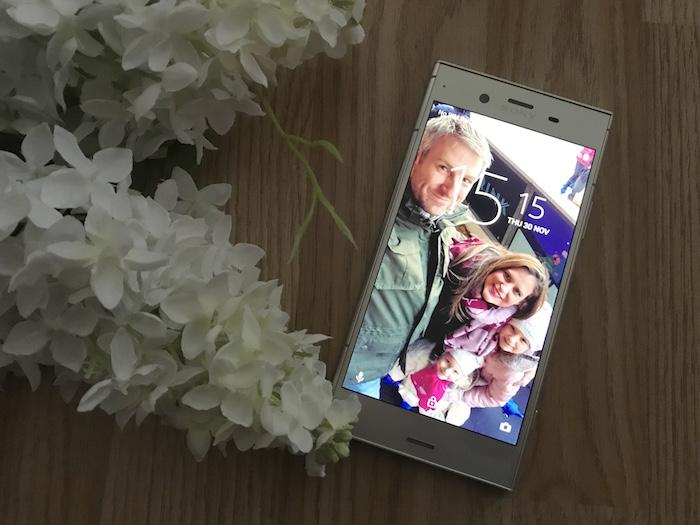 Before covering it in more detail, I talk through and demonstrate all the main features in the video shared below. This will give you an idea of how the handset works as well as making it easier for you to understand when reading this post.

What did you think? Did you like it? Was it useful? I hope so! With the Xperia XZ1 and its ground-breaking Motion Eye Camera, you will never miss a family moment. Super Slow Motion and Predictive Capture powered by the Motion Eye camera let you experience more than the human eye can see. It uses faster and smarter processing than ever before, giving exceptional image quality and the best motion detection technology yet. It is perfect for capturing special family moments, which is great at a time of year like Christmas. The Sony Xperia XZ1 was first announced at IFA 2017 in Berlin and is a high-end Android smartphone produced by Sony. The handset is available nationwide at a price of £599.99. Visit the Sony Mobile website for a full list of stockists. The flagship Xperia range also includes the XZ1 Compact – the ultimate in no compromise and the XZ Premium – Sony’s ultimate flagship handset, encapsulating decades of Sony innovation. Both handset contain the same camera as the XZ1. Better selfies in any light The Xperia XZ1 has one of the best front-facing cameras on a smartphone. With a 13-megapixel camera, a 1/3.06” low-light sensor and a display flash, you’ll get outstanding selfies in any light. This is a great feature to have, especially at this time of the year when the days are darker than ever. I have noticed that this camera has an automated function which enhances the light of your photos. It is very handy.

You’re in control of every shot

This is how easy you can now take selfies with the Sony Xperia XZ1! You can say goodbye to selfie sticks now! Check my post for more details! 😉 #xperia #Ad @Sony @tots100 @magicwilley86 https://t.co/uIslPfo06c pic.twitter.com/nzSPO2sDwp

How you use the Hand Shutter Function With manual focus and shutter speed controls, you have even more creative freedom. As I mentioned in the video and in the first impressions blog post, I am loving this feature. I have been using it a lot as it is such a handy option to use. For example, we wanted some Christmassy family photos wearing our Christmas jumpers. We have not been able to do this in the past without a selfie stick or using a timer function which can be awkward to get into position. However, we were able to take these photos using just the hand shutter function. It was so easy to do and not just that we actually had so much fun doing this as a family!

The Motion Eye camera is unique: it records 960 frames per second, for super slow motion playback. The footage is four times slower than slow motion videos captured on other smartphones. It’s great for fast moving moments that you want to relive in all their glory.

The Steady Shot feature, with 5-axis image stabilisation, compensates for shaking movements in five different directions, so your videos end up clear and smooth. The Steady Shot function allows you to capture clear, steady video whilst on the move.

You can take smooth and steady recording even while in motion with Steady Shot. Its 5-axis image stabilisation 2 compensates for shaking movements in five different directions on front and rear cameras, so your videos always come out steady.

You can see this example pretty well in my video. Lots going on at once and don’t want to miss that perfect shot? Predictive Capture allows you to start shooting just before you hit the shutter button, so you’re still able to capture action shots in crystal photo form. The Motion Eye camera with Predictive Capture starts buffering images one second before you press the shutter button. It’s like rewinding time, and it gives you up to four images to pick from.

With the Predictive Capture option,  you’ll never miss the unexpected again, whether it’s the sweetest smile or in-the-air action. It automatically starts capturing images seconds before you press the shutter button, so you can get the shot you’re after. The Autofocus burst feature tracks and captures sequences of moving objects in sharp focus, so there’ll be no more blurred action shots. You can also see a clear example of this in the main video towards the top of the post.

We are so pleased with this phone. As I mentioned before, I have been taking this phone whenever I have been out attending events and on days out. I can capture fantastic shots and videos with it. It is so handy when you don’t have space to carry anything other than a small bag and also when you just want to travel light and uncomplicated. You will never miss any moment with this phone. You don’t need to leave the room to get your camera because the Sony Xperia XZ1 will do it all for you.

Have you owned a Sony phone before? What do you think of this phone? Do you like the features? Will it be on your Christmas list?

*Disclosure: This is a sponsored post with Sony and Tots100, however, all thoughts and opinions are my own.