I can’t believe the Teletubbies have turned 20 this year! Wow, time really flies! I have mentioned this before but I remember watching this show with my niece when she was about 1 and now she is turning 15! How crazy is that? When Bella was little, she loved the Teletubbies too and now Sienna is the same. This is certainly a show loved by so many kids! 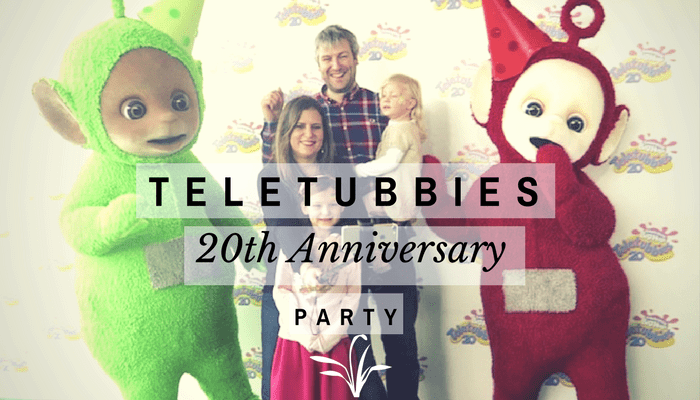 The show was launched in 1997 and last year they relaunched it with a brand new series featuring the same loveable characters as the original one but it has been refreshed to bring a more contemporary look and feel. This show is designed to help young children develop their physical, emotional and cognitive skills in a warm, loving, playful environment. It’s about exploring, experimenting, experiencing and enjoyment. 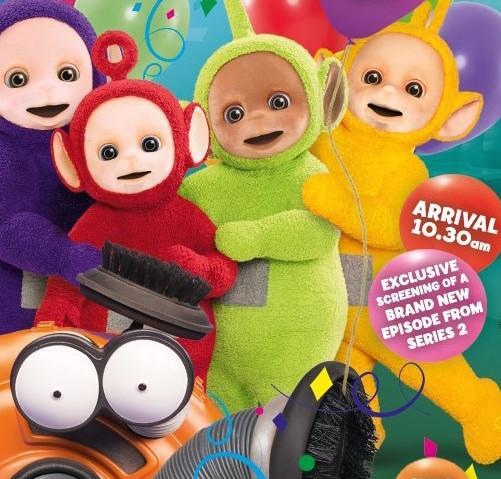 They are celebrating this year more than ever as they have been entertaining kids for 20 years. We were invited to the 20th Anniversary VIP Party a few weeks ago so we all went along and had a fantastic time.

My girls were very excited, especially Sienna who knows all about them. We recently received a pull and play giant Noo-Noo which she loves. She plays with it a lot and enjoys all the sounds. Sienna’s favourite character is Lala and she was really looking forward to meeting her! 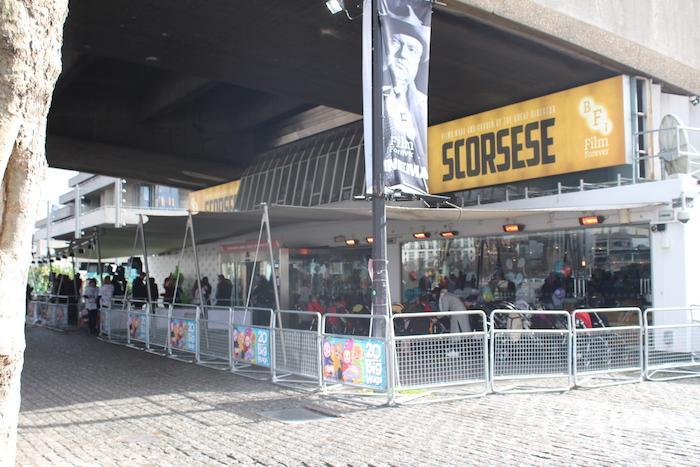 The party was held at BFI Southbank in London and they had lots of fun activities for all the family. As soon as we arrived we saw the Teletubbies having some photos. Sienna was so happy when she first saw them. We definitely wanted to take some photos with them so we made sure we queued for that at the end of the party. 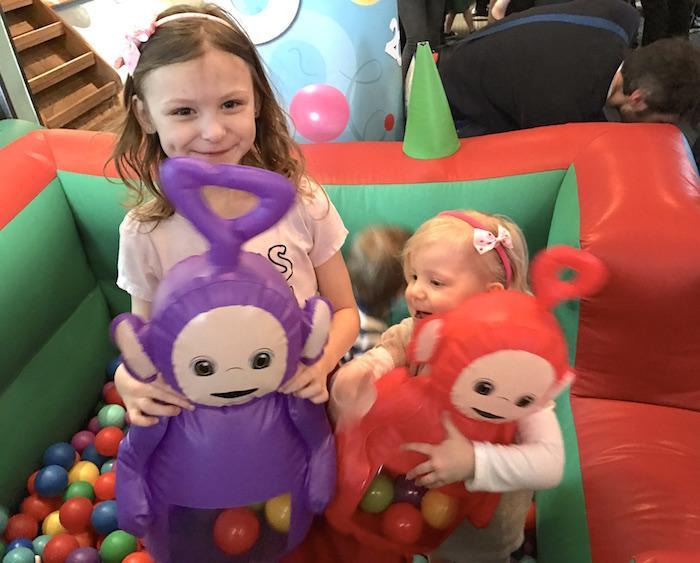 They had a soft play area where the girls had lots of fun. It was very busy so we only stayed a little bit in this area. 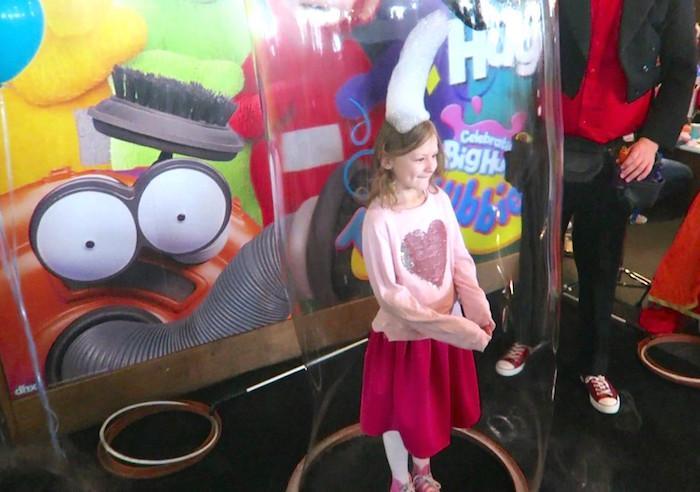 We then went to where a man was making giant bubbles with children inside! Sienna and Bella wanted to do this so we waited for our turn. This was amazing and I really enjoyed it. The only thing was that then they both ended up with a lot of soap on their heads. But nothing that we couldn’t clean after. 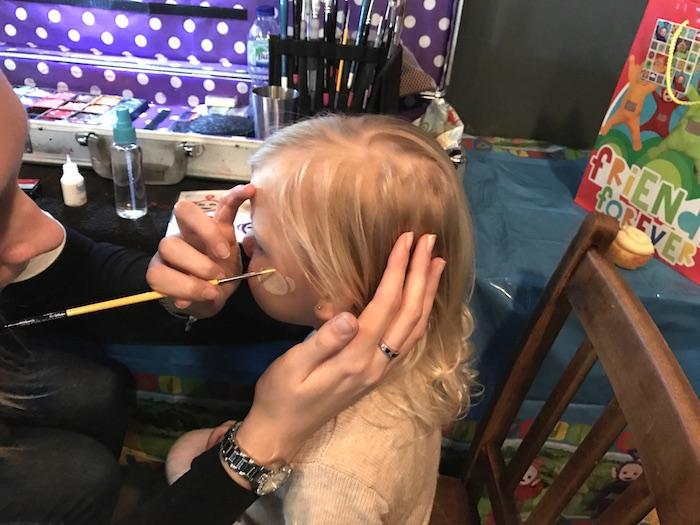 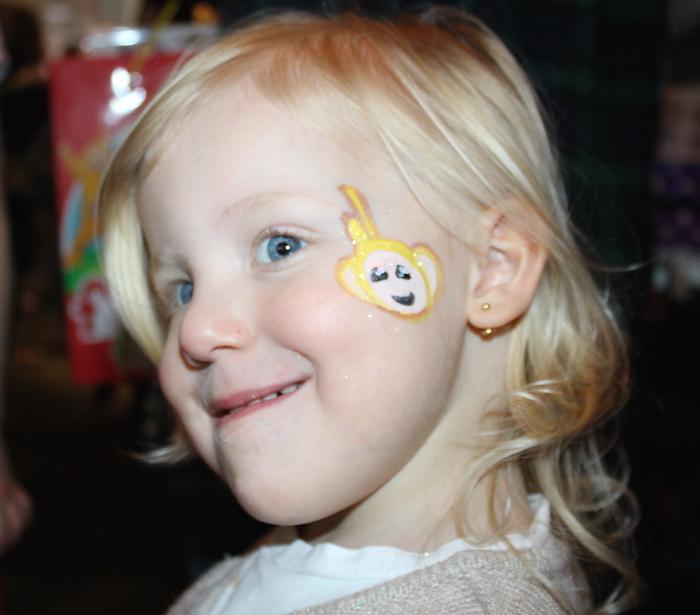 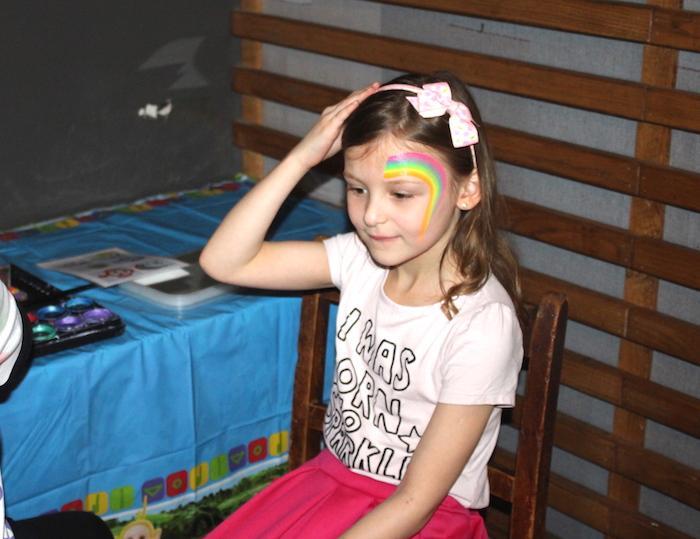 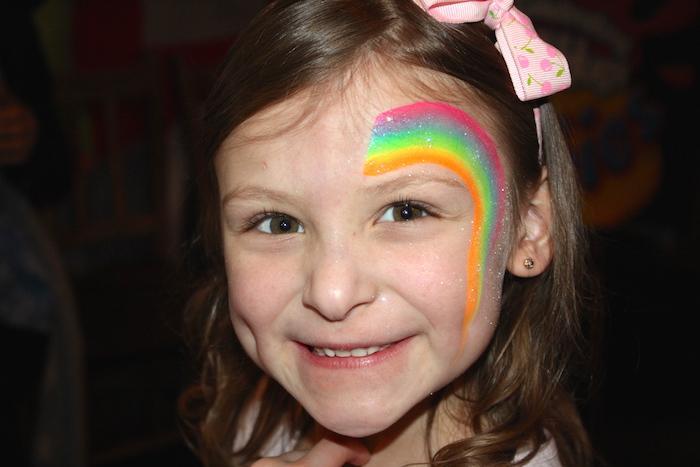 After this we also spotted that they had some face painting, so we headed towards that area. Both my girls were looking forward to that! Bella got a super cool rainbow and Sienna got …guess what? Yes, a little picture of Lala, LOL! 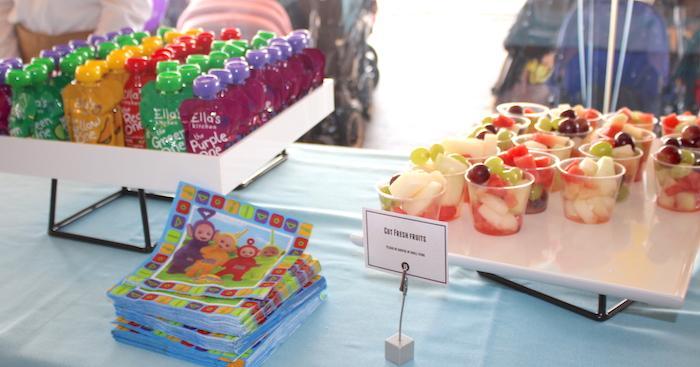 We saw they had some food for guests too so we went there to have something to eat as the girls had spotted some Teletubbies cupcakes. Of course, nobody was going to stop them from getting one, LOL! 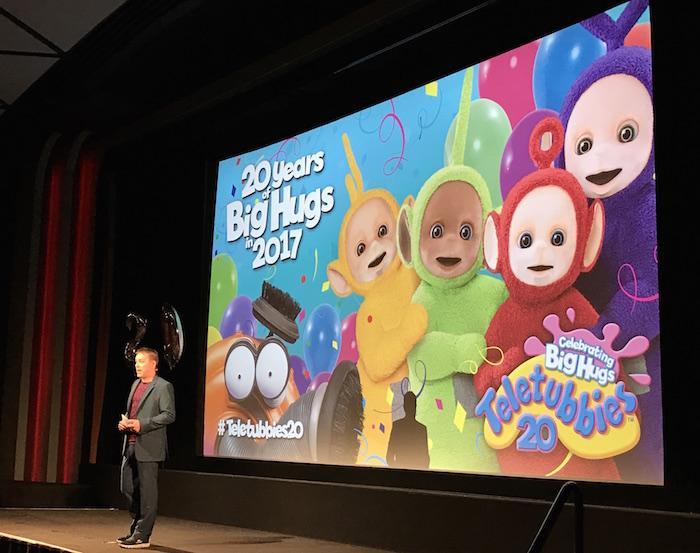 We were then asked to head to the theatre to watch one of the episodes from the new upcoming series. We were going to be the first ones to see it, so we were very excited about it! CBeebies presenter, Chris Jarvis (Show Me Show Me, etc) was our host for the presentation. He introduced us to the creator of the show and the CBeebies controller. We also saw the original Sun Baby, who is of course now a fully grown adult! 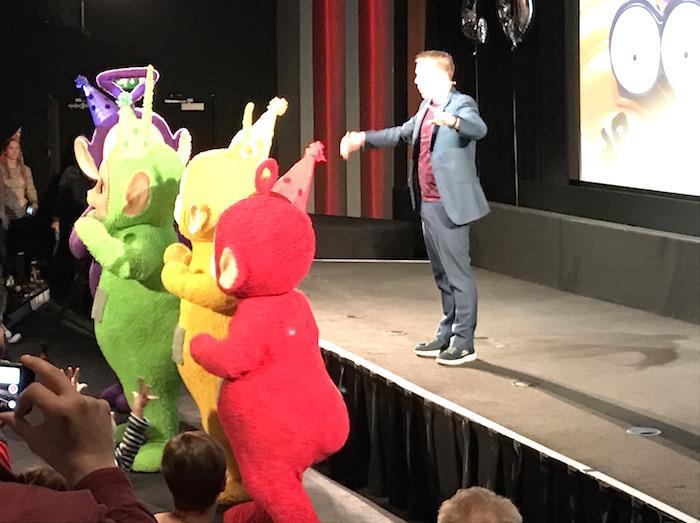 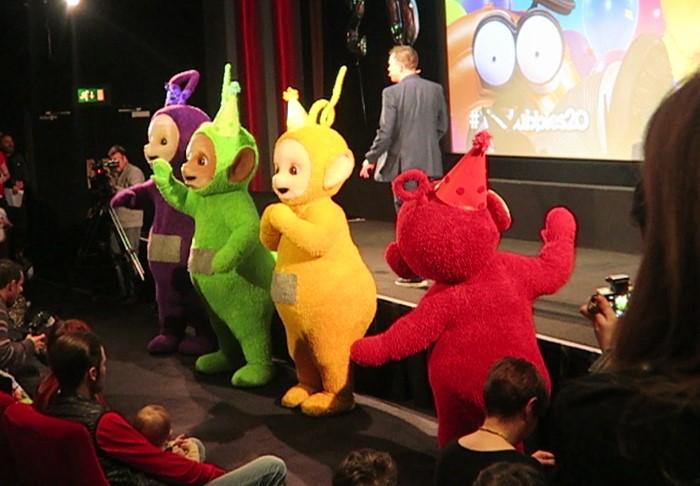 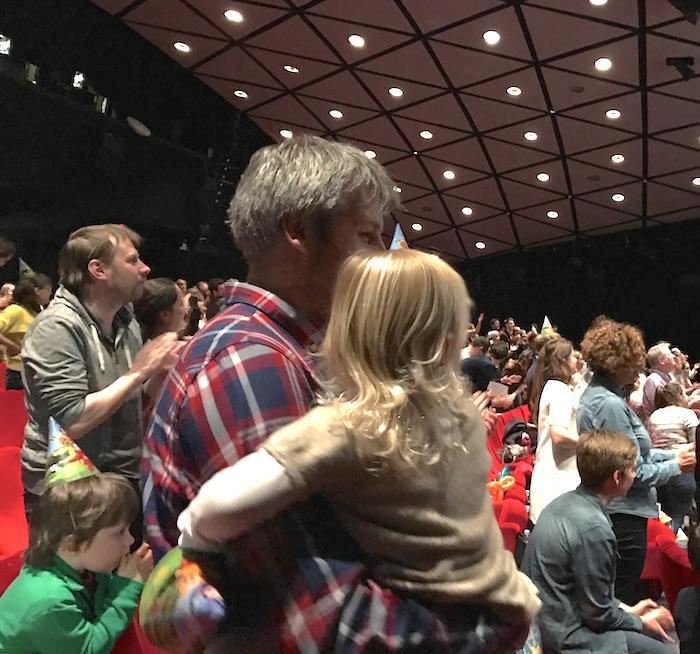 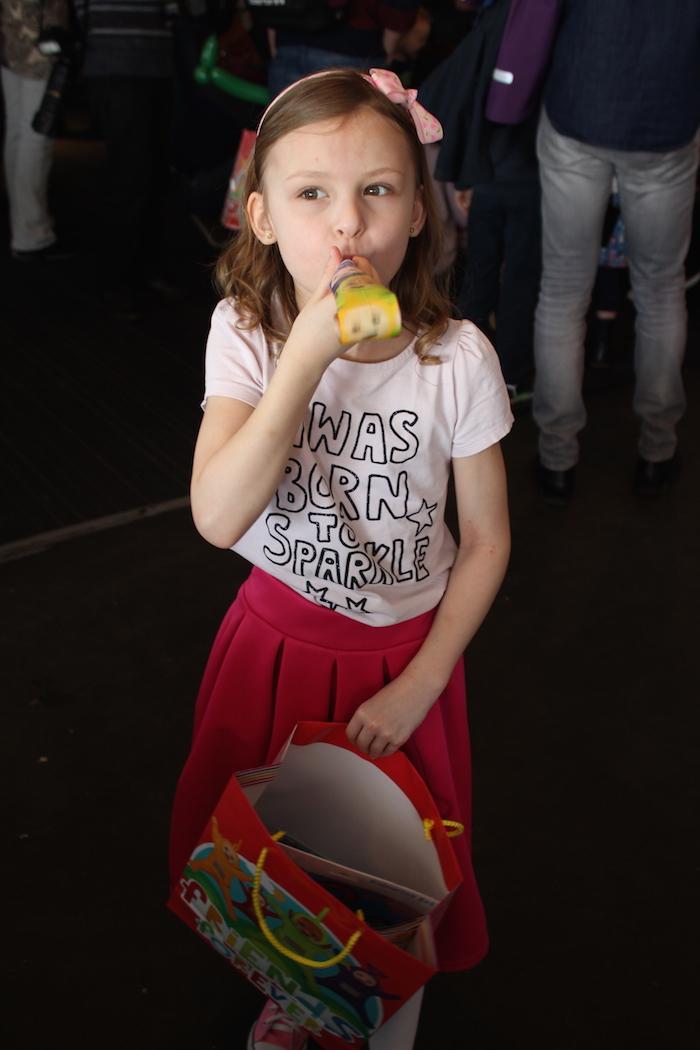 Before we were ready to go, the girls picked up a lovely goodie bag with lots of cool things inside. We were very lucky as we got to have a little chat with Chris Jarvis too!

PHOTO WITH THE TELETUBBIES 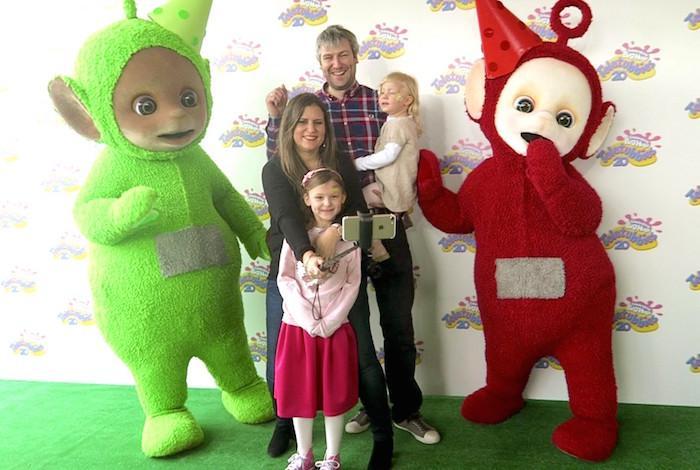 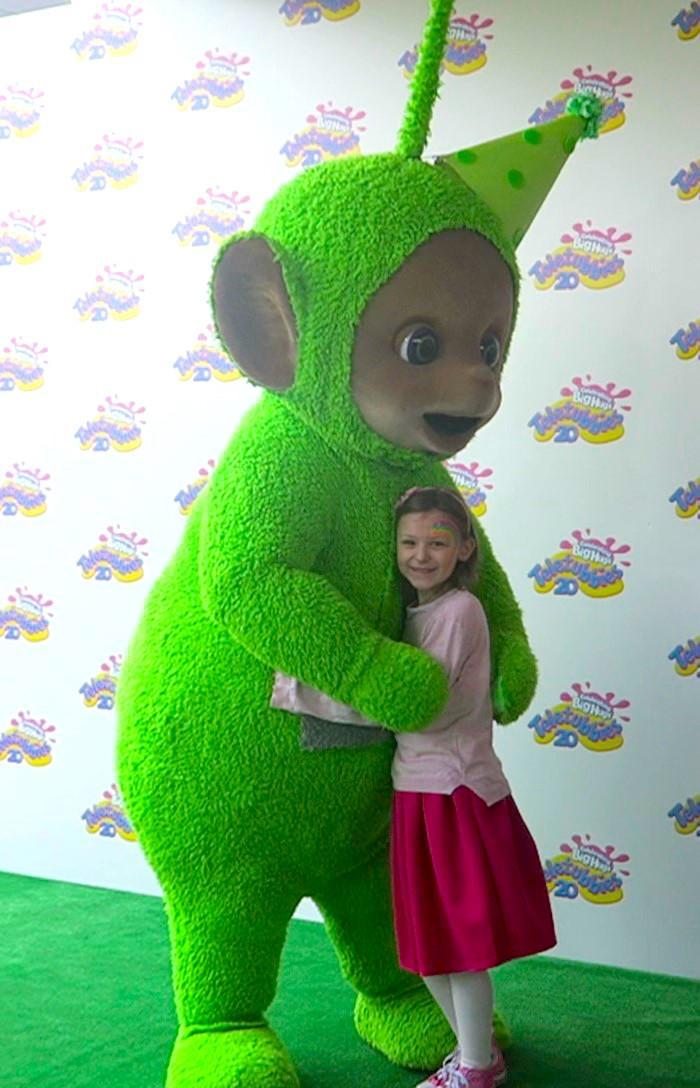 We were told that the Teletubbies were going to be outside for a photo so we joined the queue. When it was our turn, I got my selfie stick for a photo with them but I got the setting wrong and it took a video instead! Luckily we’d asked one of the organisers to film us so I was able to get some stills from that video! I think they came out okay. What do you think?

The new series begins on March 13 on CBeebies at 7am with extra programming to mark the anniversary on March 31. So get ready for it as I’m sure your little ones will love it! Happy 20th Anniversary Teletubbies!

Were you a fan of the Teletubbies when it first started? Did you see series 1 last year? Are your kids ready for series 2?

*Disclosure: We were invited to the Teletubbies 20th Anniversary Party for the purpose of this blog post. All thoughts and opinions are my own.