Are you looking for something crazy, fascinating yet remote and untouched by masses of tourists? Well, if Spain is on your holiday agenda, you are in luck! There are numerous places that are not spoiled or commercialised but still attract tourists. 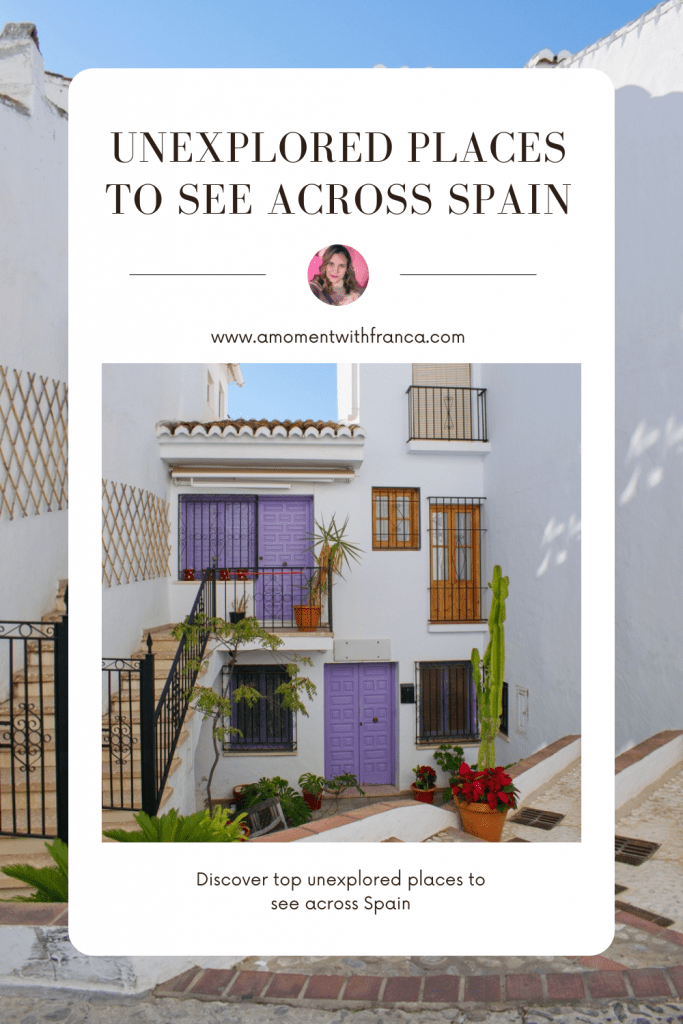 Want to know what they are? Look through the following list of the top unexplored places to see across Spain: 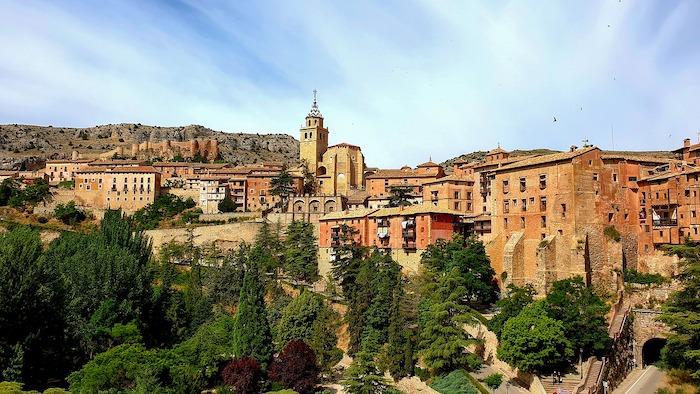 At number one, we have one of the most stunning yet completely undiscovered villages in the country. This medieval hilltop town allows you to explore sites that are the perfect mixture of several styles in history. For example, the main attraction, Albarracin Cathedral, is built on the site of a Roman Temple and displays signs of both Rennaisance and Gothic. At the same time, the rest of the hamlet is a harmony of Gothic and Moorish architecture, and while the differences are visible, somehow they work together.

Chat with the locals to learn of Albarracin’s fascinating history and simply walk around what, in 2018, the Spaniards called the loveliest town ever! 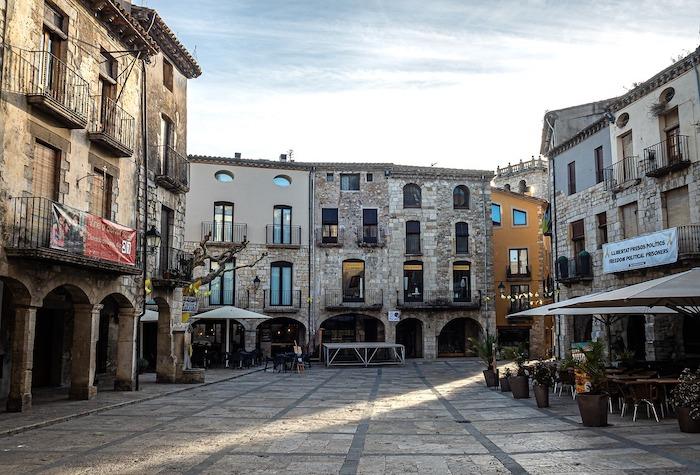 Yet another medieval town of Spain, Besalu, is more well-preserved and has some immense qualities that make it very different from Albarracin. Set in the foothills of the Pyrenees, Besalu also has charming cobblestone streets with narrow pathways and intricate architecture. However, it also has the main city square, Placa de la Lliberat, which you must visit to see the centre of culture and history of the town. There is plenty of entertainment, too! Try out the traditional Spanish cuisine at the local restaurants, and admire the art in lovely small shops nearby!

There are also several stunning churches here, the most famous one being Sant Vincente, a Romanesque masterpiece of the 10th century. Pay a visit to explore ancient chambers and designs! 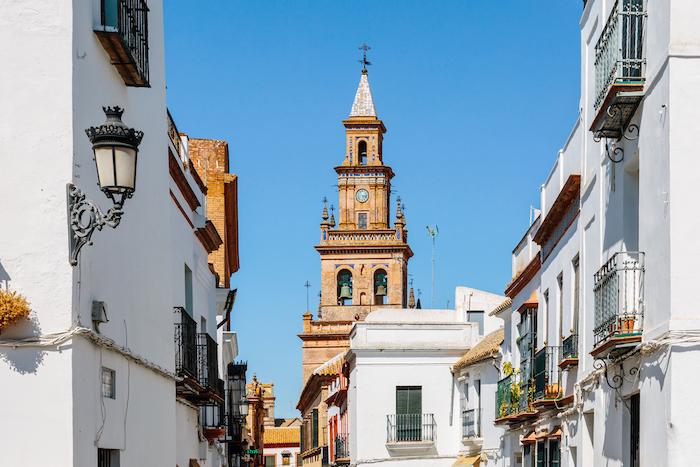 While planning your Spain trip, it is basically impossible to avoid Andalusia, and by no means should you try to! Absolutely magnificent – these are the best words to describe Carmona, the sensation in the region of Andalusia. A city filled with sites and architectural gems of Romanesque and Moorish styles, it holds great significance to Spain’s cultural and historical development.

Noble sites and churches are the main attractions here, so you should make a clear list of which to see, including the Chruch of Santa Maria la Mayor and the Alcazar de la Puerta de Sevilla. First, however, without any questioning, you must visit the ancient Roman burial ground, Necropolis Romana, to explore the ruins, intricate artefacts, and, of course, the museum! 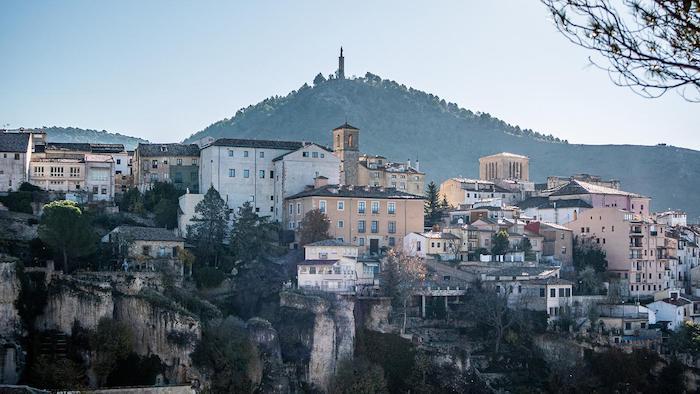 If you have heard of it, it was probably in relation to being the city of Don Quixote. Which, while accurate, is not the most famous or attractive thing about Cuenca!

Defined as the city defying gravity, Cuenca is well-known for its unbelievable hanging houses, which are perched right on the edge of very steep cliffs, creating a grim picture of falling and crumbling down. Not to worry, though! As dramatic as the scenery is, the city is entirely safe for visitation.

Recognized by UNESCO World Heritage Site, Cuenca is a medieval town of exceptionally well-preserved or, in some instances, completely untouched sites and the most famous place of all – Alfonso VIII Street. Here you will be inspired by lined up colourful houses that paint the stern medieval panorama in the most vibrant shades! 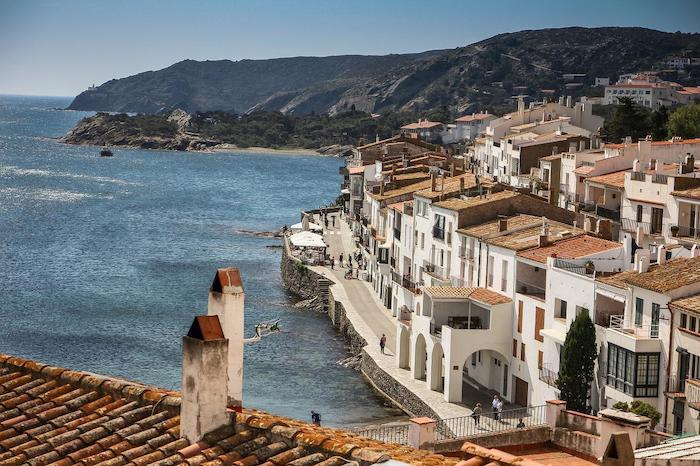 What can be called the centre of art and inspiration in Spain, Cadaques is a small town on the coast of Catalonia, which is actually quite easily reachable! So if you find yourself in the midst of exploring the major cities, just hop on the train to Barcelona, and then it is a short drive to Cadaques!

Famous for being one of the most painted villages in the world, it is obviously picturesque. Dreamy, even! Once a meek fishing town, Cadaques was brought to life by artists such as Pablo Picasso, Joan Miro, and Marcel Duchamp. With cobblestone streets and whitewashed buildings, it has now grown into a lovely authentic Spanish town that tourists adore!

Make sure to explore the Old Town, the Church of Santa Maria, and Dali House in Portlligat. 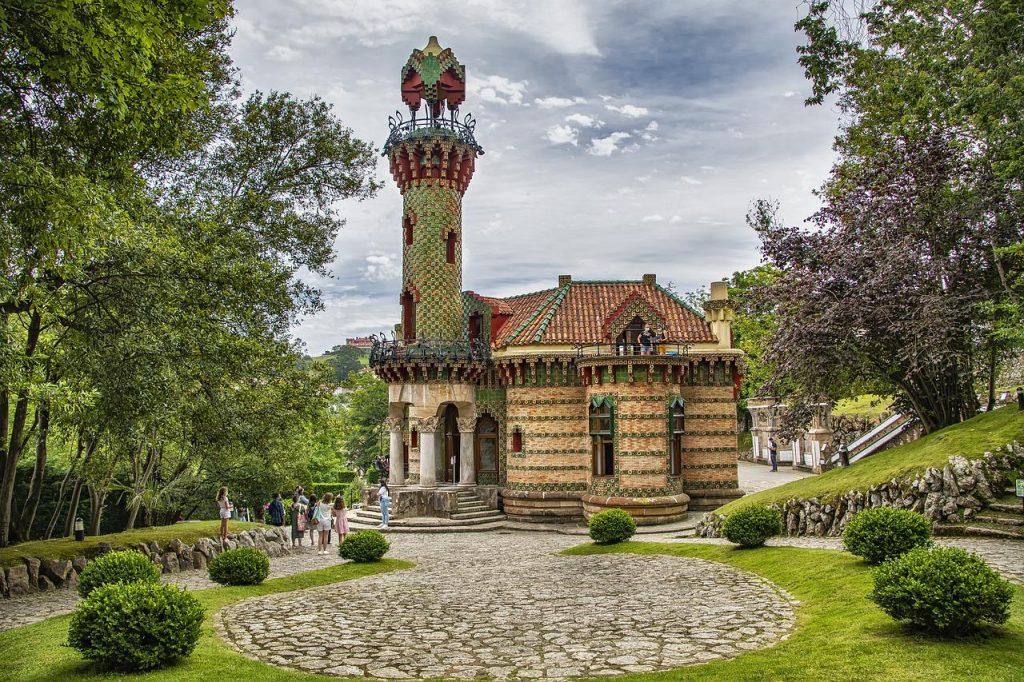 It is a crime just how undiscovered the city of Comillas is! The town of dazzling architecture has many hidden gems, the two main being Gaudi’s El Capricho and Sobrellano Palace. The first one is an impressive and colourful villa, and while Gaudi designed many buildings in the region of Catalonia, El Capricho is some of his best work! The ornamental designs on the exterior show the movement of European avant-gardism and catch the eye of every passerby!

Sobrellano Palace is a vast neo-Gothic building designed for the first Marquis of Comillas, with Gaudi’s furniture and paintings by Eduardo Llorens. Apart from seeing these stunning pieces, let yourself get lost between the town’s streets and take in the traditional Spanish vibe! 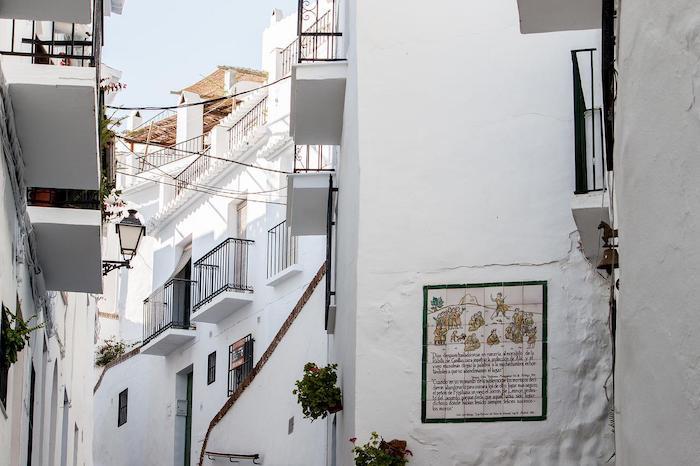 Have you ever seen those picture-perfect towns and streets on Pinterest whenever you type in the keyword “holiday”? Spotless roads, white buildings with flowers perched on the windowsills, cobblestone pavement, and tiny restaurants? Well, these places actually exist, looking even more magical than in a picture and without any kind of filter. Let’s explore Frigiliana.

Undoubtedly the prettiest town in Andalusia, Frigiliana, is every traveller’s dream, famous for its cosy and inviting scenery, unurbanized sites, and friendly locals who will genuinely share stories with you!

Everything in the town attracts and lures you in, but if you want to be more specific about your activities, we suggest hiking up to the ruins of the 16th-century Castle of Izar – a site you can explore and use as a vantage point to see the Meditteranean Sea. 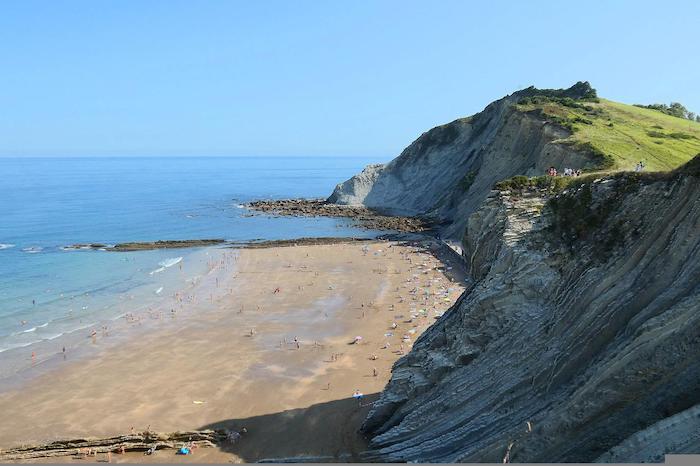 Last but not least, the city of Getaria! How can you make plans to visit Spain without including at least one town of white-sandy beaches, baby-blue water, and charming coast?

Visit Basque to discover Getaria, a place that will surprise you with its mixture of entertainment and history. After getting tipsy on the Spanish sun and warm waters of the Meditteranean, go on to explore other attractions, such as the beautiful Gothic church in the city’s centre. Speaking of beauty, did you know that this remote, medieval fishing village is the birthplace of the one and only Cristobal Balenciaga? His shoes might be iconic, but they have nothing on the surroundings that inspired and breathed fashion into Mr Balenciaga!

Surely, by now, you must be intrigued to visit as many of these places as possible! Well, set no limits – all of these towns and many more are what makes Spain the way it is. So, if you genuinely want to know the country in-depth, it is probably time to fill up your itinerary and discover something undiscovered!

Have you visited any of these places in Spain?