We have reviewed many toys from Hasbro over the past few years and some of our favourites have been the interactive Furreal ‘pets’. My girls love toys that they can engage with and bring their play to life a bit more. 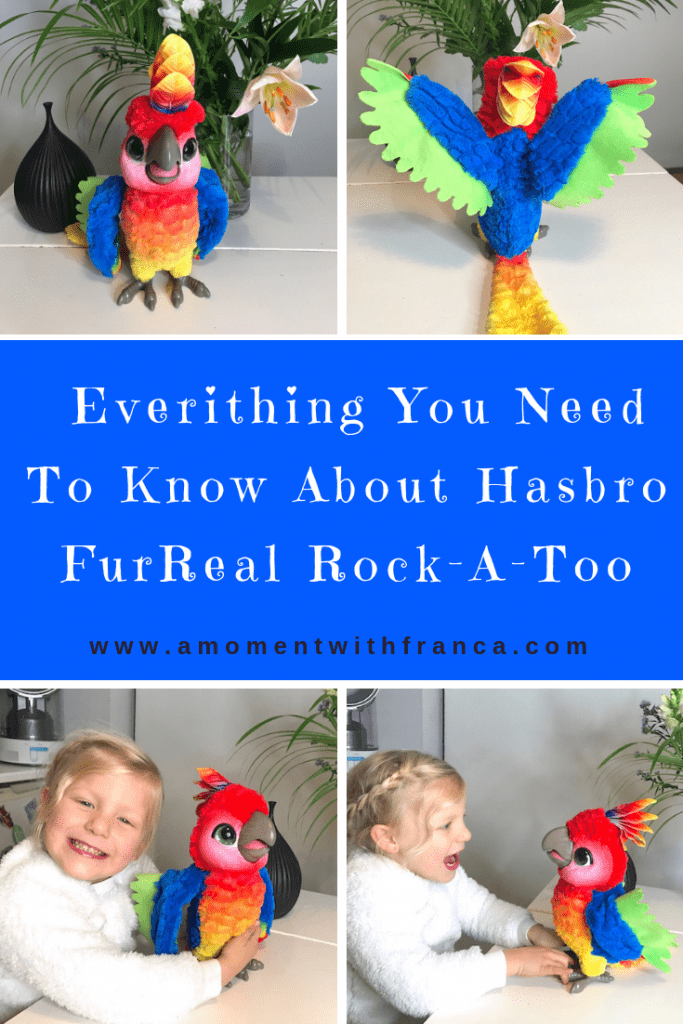 So when the new Furreal Rock-a-Too Show Bird turned up, I knew my girls would be excited to get it out of the box. For ages 4+, the Show Bird is here to entertain the whole family. With 3 modes of play including sing/dance, record/repeat, and humour, the Rock-A-too Show Bird had over 50 sound and movement combinations. 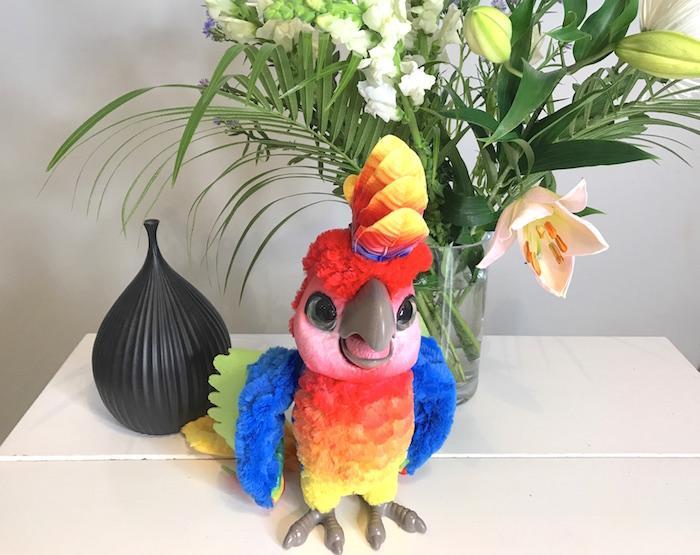 Touch his beak to record a phrase, turn some music on to watch him dance or listen to his jokes as he entertains his audience. Touch his chest to hear repeat his phrases and if you leave him alone? He will tell his jokes to get your attention. 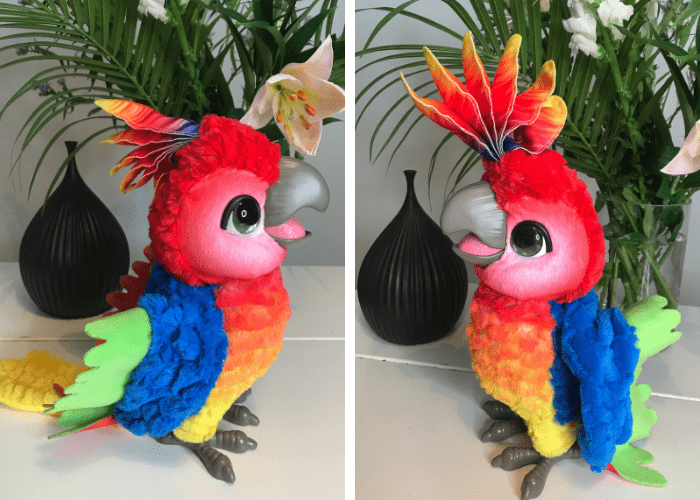 Right and left side of the Rock-A-Too 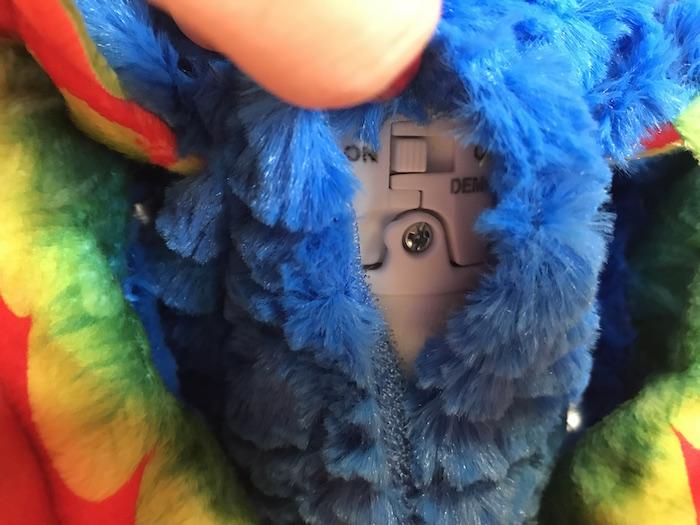 Switch button at the back of the parrot 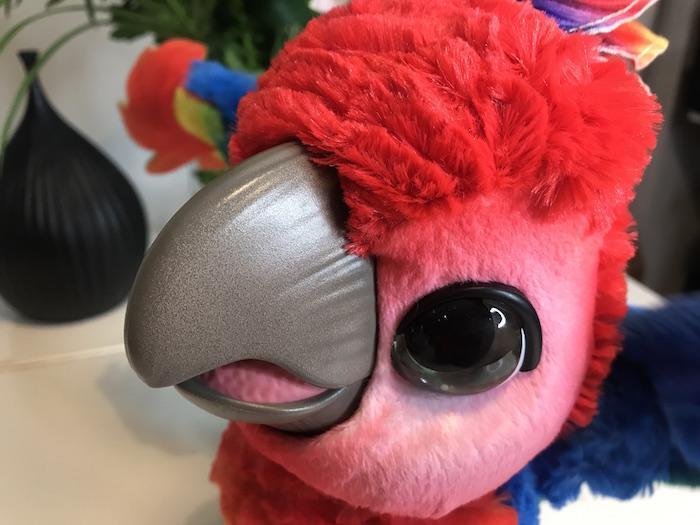 The Furreal Rock-A-Too Show Bird is really easy to set up from the box and comes with batteries included and set to demo mode. To get the full Show Bird experience you should make sure to move the switch to on from demo or you will only hear the same phrases from the bird.

Playing With Rock-A-Too, The Show Bird 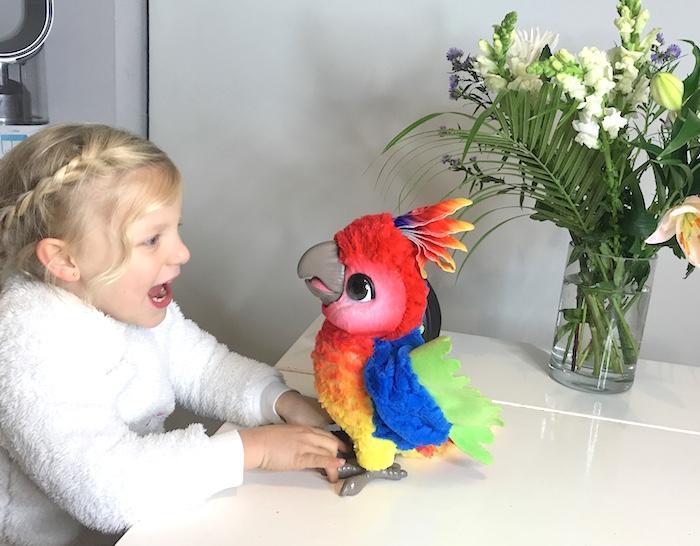 The bird itself isn’t too big, probably around the same size as a real cockatoo. It has quite a hard body as you would expect so it isn’t a snuggly soft toy. this could be an issue for younger kids if it is dropped or played with a little too enthusiastically. But my girls know this and treat it carefully so as not to damage it. 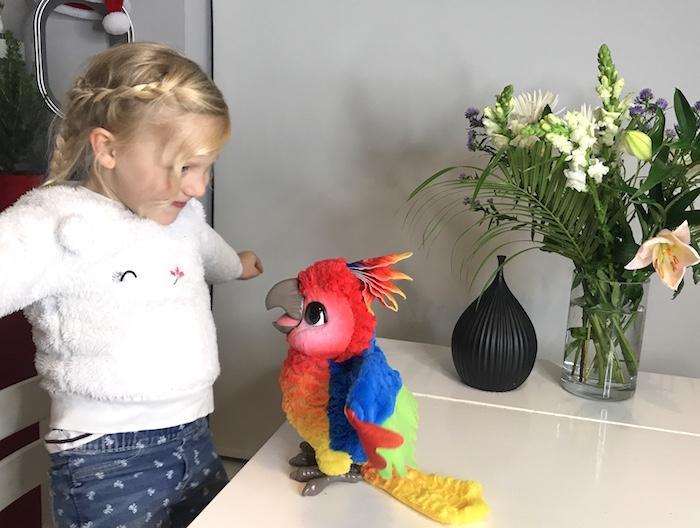 When we play with the Show Bird, I found the volume level to be quite loud and as of yet, I have been unable to find a volume button to turn it down. But this doesn’t seem to be an issue for Bella and Sienna of course, who are loving interacting with him. He seems to be constantly able to entertain them as they listen to his jokes and record new phrases. So for children, it is really entertaining and a fun, interactive toy for them to play with. 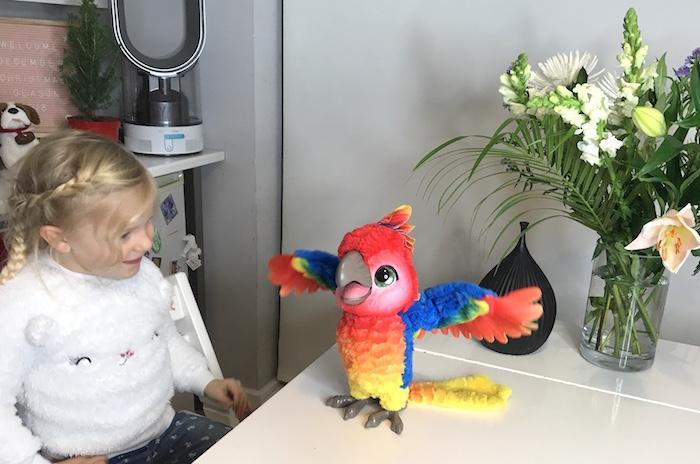 One thing I did notice, however, was that it seems to repeat phrases and jokes. I don’t think my girls have noticed but I feel like I am hearing the same thing over and over again. Maybe I have missed something or you need to do something we are not doing to hear different things but it does get a little bit repetitive at times. But this is something I think grown-ups would notice more than the kid’s I think.

Overall, we really like Rock-A-Too Show Bird and everyone who has seen it in action is really impressed, especially my girls, so I think this is a great toy for children who like to play with interactive toys like this.

We have done a few stories of our Rock-A-Too in action so if you head over my Instagram, you will be able to see them under the Rock-A-Too Highlight. 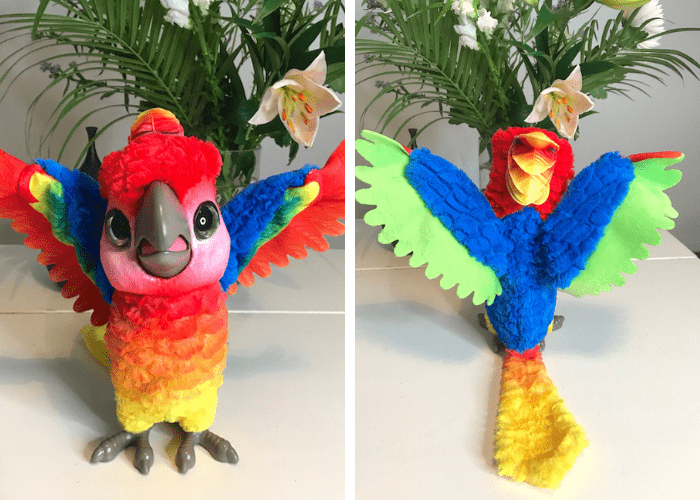 If the Rock-A-Too Show Bird (RRP £50) is something you think your children would like, then head over to my Amazon Toy Store to find out how to purchase on for your family.

Do you like Hasbro FurReal toys? What do you think of the Rock-A-Too Show Bird?

*Disclosure: We received a Hasbro Rock-A-Too Show Bird for the purpose of this review. All thoughts and opinions are my own. It contains affiliate links.