During half term back in February, we attended a super cool event at The Bedford in Balham. This was the last event we attended before the travel restrictions. This event was a family-friendly wrestling event, so imagine how excited the girls were. We went with a friend and her 3 kids so we were a big group. The purpose of the event was to celebrate new Robozuna episodes coming to ITV and CITV. 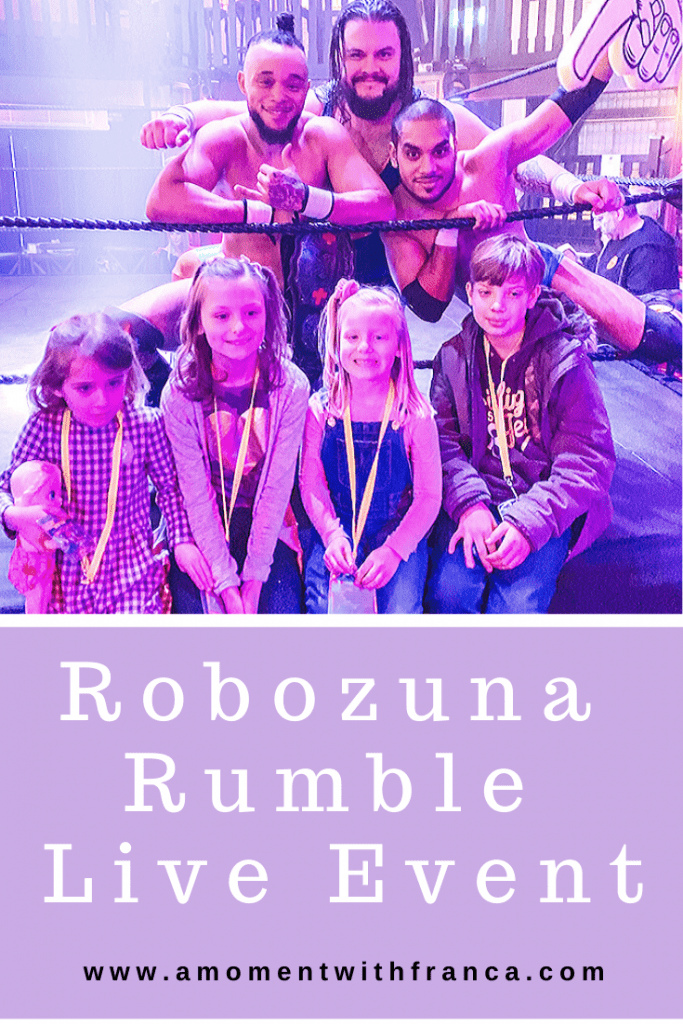 Ad – we were invited to attend this event and talk about it on my blog. I was compensated for my time.

Venue: The Bedford in Balham

I love London Pubs and this was definitely a cool one. We went to the Club Room where the show was being held. 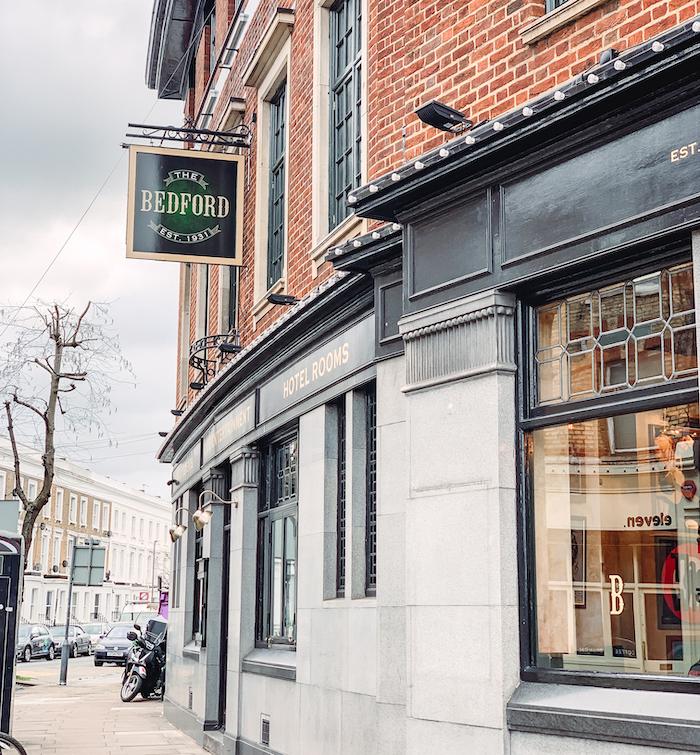 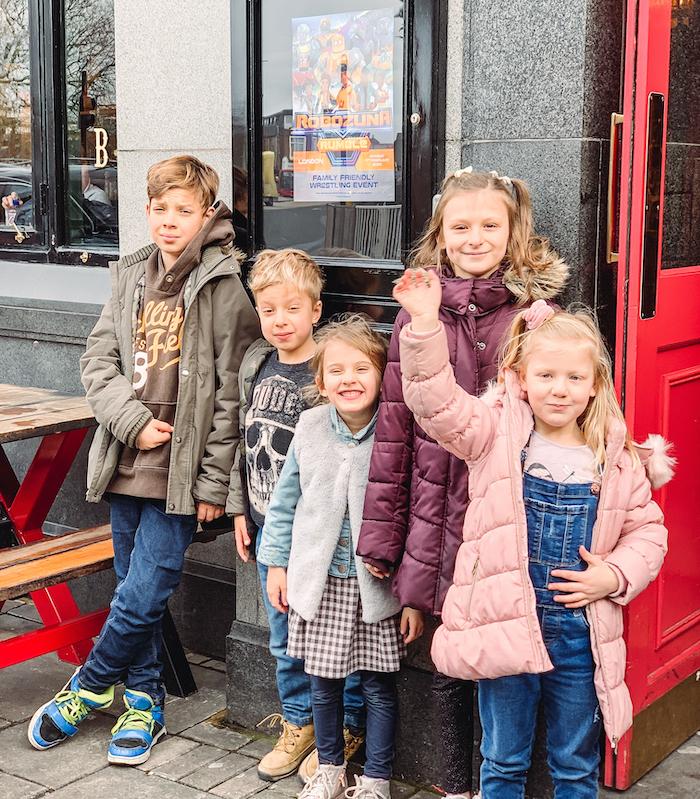 Arriving at the event

For those that haven’t heard of Robuzuna before, it is an animated web television series about a 14-year-old boy (Ariston) and his homemade best friend robot (Mangle) that enter the toughest competition in the universe while attempting to free their oppressed home from an evil empire. 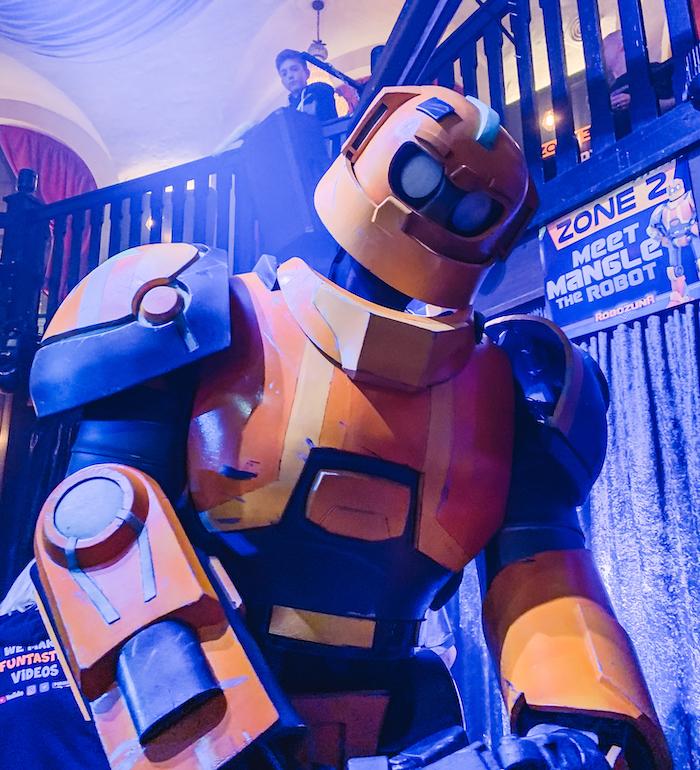 Ariston and Mangle live in a world where the Corvus Imperium rule the land with an iron fist and an army of Centurions, destroying anything they can’t own or control – you have to be ready to do battle, anytime, anywhere. Robozuna is the one escape for the masses – a fun and thrilling futuristic sport played by robots, where heroes are not only born, they’re built! 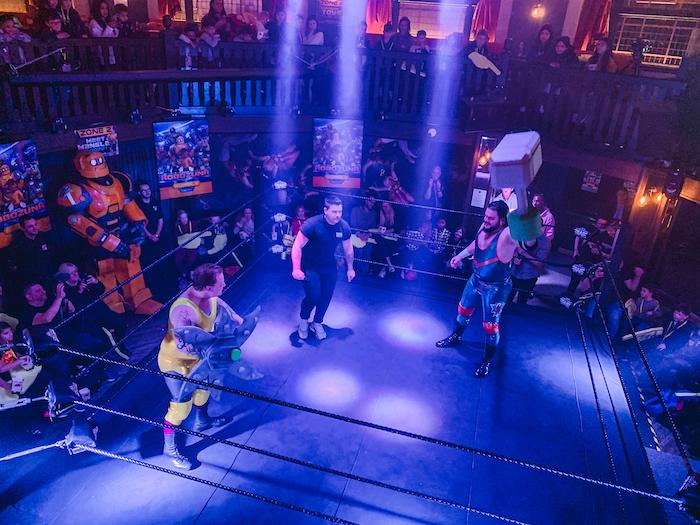 The event was very entertaining. We had a live-action Robozuna wrestling match, so robots and wrestling came together to celebrate the return of Robozuna! 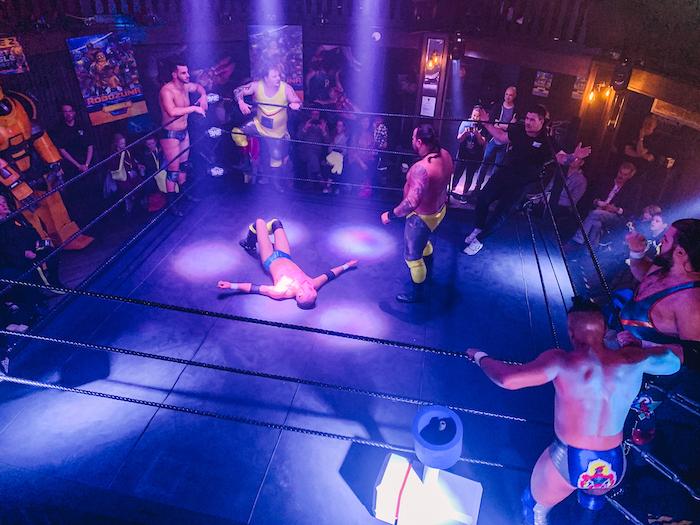 We had the opportunity to meet VIP Robozuna hero, Mangle in person. This was very cool. Mangle was very big so the kids were very impressed. 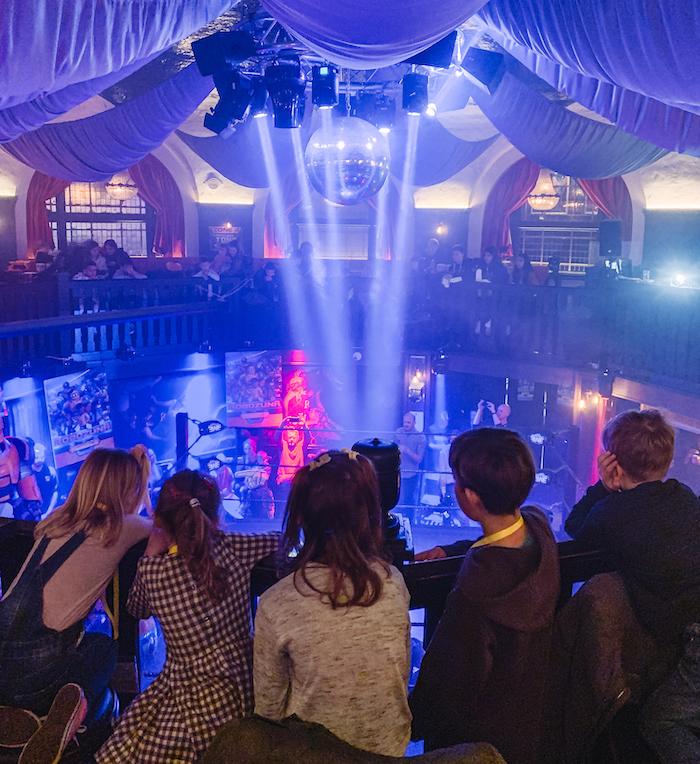 We had some popcorn and drinks that were provided for us while watching the show. We decided to move upstairs to have a better view of the ring and action.  We saw teams Veredus, Blata and Natrix battle it out. It was a really exciting battle. The kids didn’t stop shouting and following every single move. 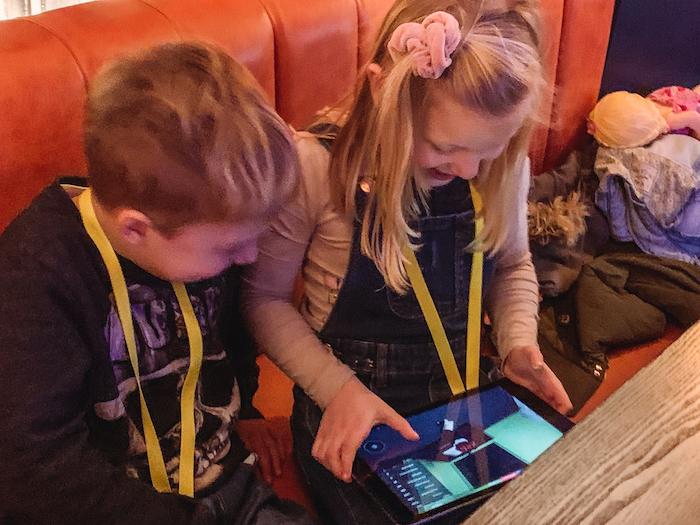 When the action finished, we then had the opportunity to be the first ones to play Robozuna Roblox (you can play for free) and take on one of the UK’s top YouTubers. The kids really enjoyed playing this. My girls love Roblox so this was right up their street.

You can make your Combatabot. Fight, build and team up with friends to take on your foes. Level up to become the ultimate robot wrecking machine. Very cool! 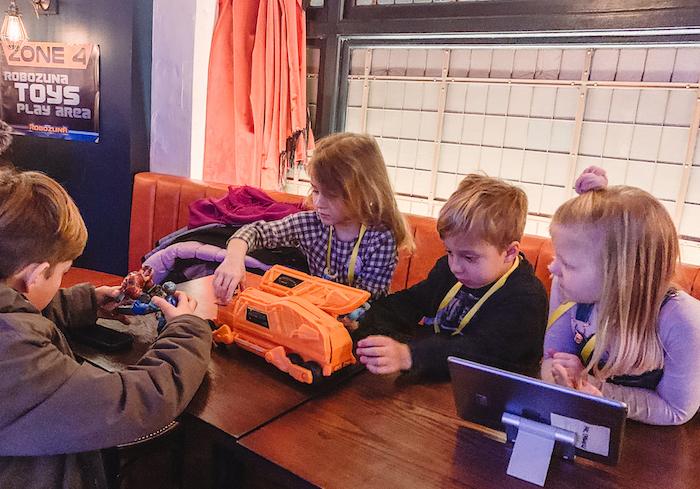 We also had the opportunity to see their latest toy range. This was really a hit with the kids. They had the following toys: 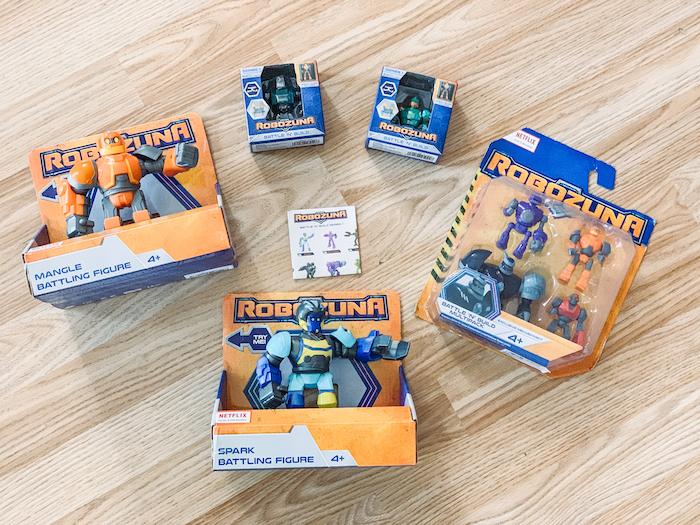 There are more toys available but these were the ones on display at the event. There was a good variety of toys which kept them very entertained. Robozuna toys are available at Amazon. 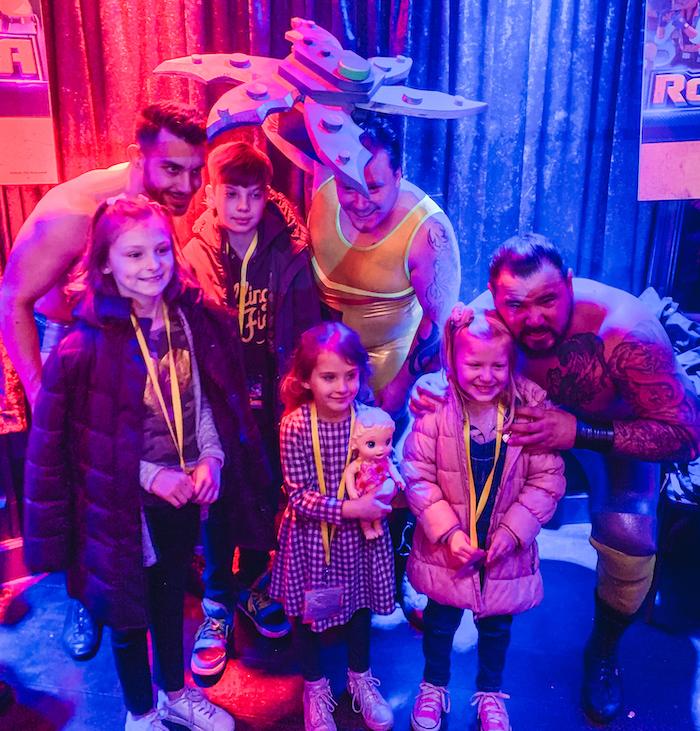 To make this event even more exciting, they got the opportunity to have a photo with the professional wrestlers! The kids look so little next to them! What a fun moment. 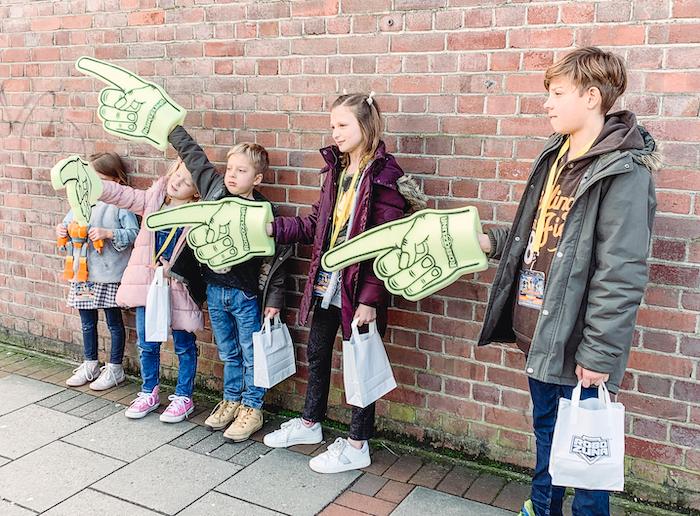 Before we left they also got an exclusive Robozuna goody bag to take home with some Robuzna Battle and Build toys. This was lovely as we had so many smiles from the kids that day. Check this video with a summary of the event:

If you are a fan of the show or if you are intrigued about this show and would like to see more, you can watch the new Robozuna episodes on ITV and CITV every Saturday at 8:30 am.

Have your kids watched Robozuna? Do your kids like robots?

*Disclosure: we were invited to attend this event and talk about it on my blog. I was compensated for my time.